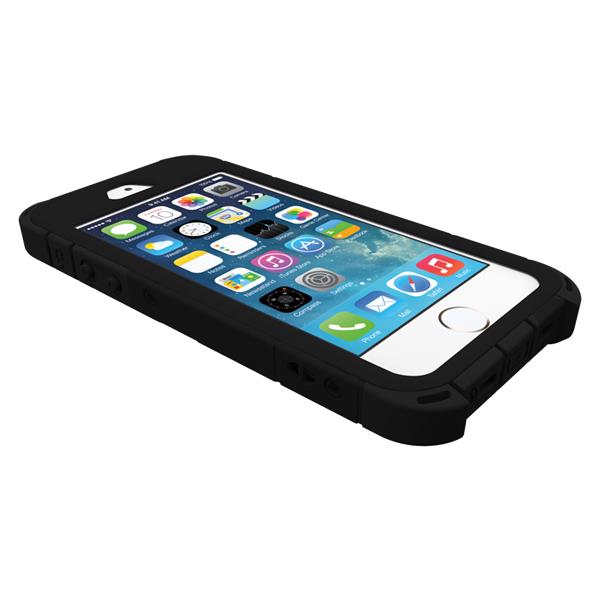 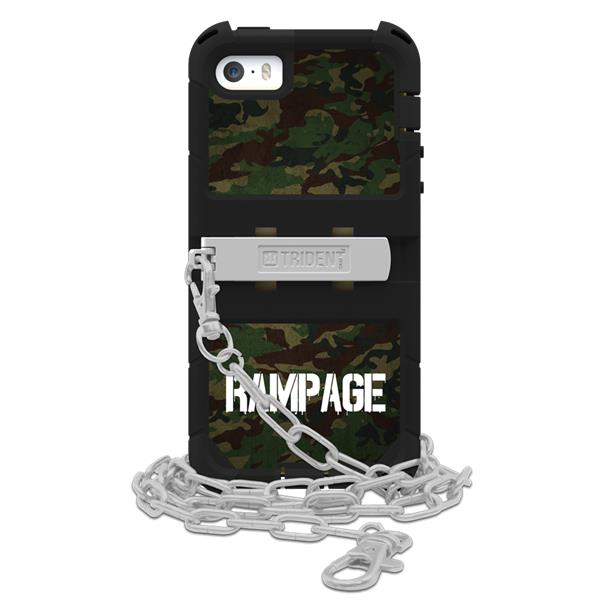 They couldn’t be more wrong, however, as the Rampage Edition has an entirely new case design. Its only real shared feature with the standard Kraken A.M.S. is that of the metal kickstand. In fact, the design is changed from the base model so much, I can’t help wonder why they decided to use the Kraken A.M.S. name at all and not create a new line of cases – but, I digress. Further separating the two cases is that the Rampage Edition Kraken A.M.S. features a two piece design, unlike the standard Kraken A.M.S.’ three piece construction. This means that the Rampage Edition is a bit lighter and thinner without sacrificing any of its protective qualities. The Rampage Edition features a built in screen protector which hugs the iPhone screen nicely and without too  much of a separation – although it still leaves a very minor gap in between which has always been a pet peeve of mine when it comes to cases. A feature unique to the Rampage Edition is its 32 inch, anodized steel chain, which allows you to tether the phone case to a belt loop or other attachment point via a small clip. The chain feels strong enough, but I would not depend on it solely to hold my phone close to me. I suggest using it as a last resort – not a first line of retention. Truth be told, the chain feels somewhat gimmicky and part of me would have rather not had one included. That being said, the Rampage Edition is coined from its spokesperson, Quinton “Rampage” Jackson, who is often seen with a chain around his neck – see the cross promotion? Anyhow, if you dislike the chain, then you can remove it altogether, so there is that option for you. 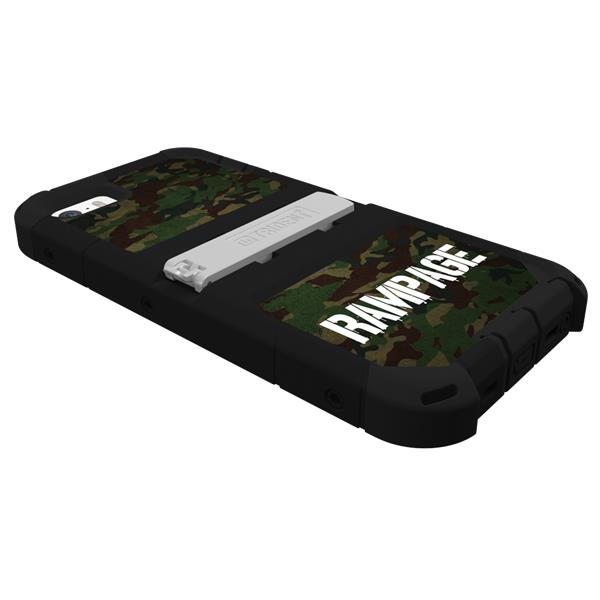 One aspect of the Rampage Edition Kraken A.M.S. worth special mention is its belt clip/holster. Made from a strong plastic material (not sure if it is ABS plastic), the holster/clip attaches easily and stays attached. One of my comrades told me of an older Trident Case he had for a different phone model and the holster/clip broke off easily. This new holster is definitely more robust in terms of its durability. In reviewing this Rampage Edition case, I am reminded of the Griffin Survivor series smartphone case. The Rampage Edition Kraken A.M.S. is very similar in terms of protective qualities but, unlike the Griffin model which relies on its belt clip for an angled stand, sports its own kickstand and chain.

Trident Case’s new Rampage Edition Kraken A.M.S. case for the iPhone 5/5S is a very well-built smartphone case that will definitely keep your phone safe in case of accidental impact. At an MSRP of $59.95, the Rampage Edition is just perfect in terms of its price point and a serious contender for your hard-earned money. 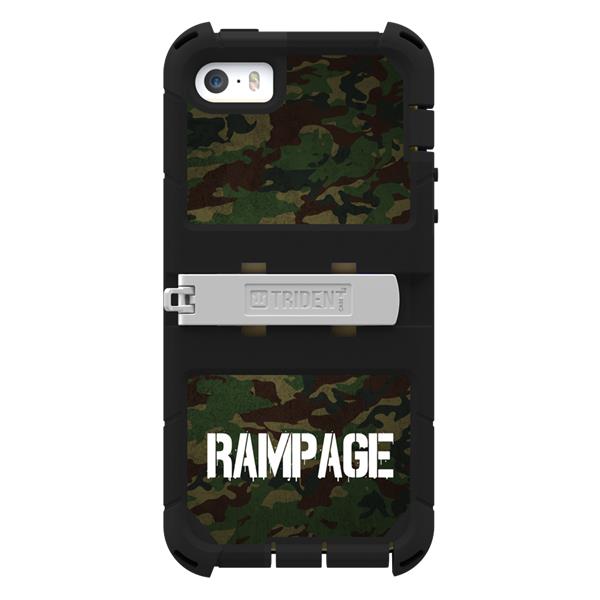 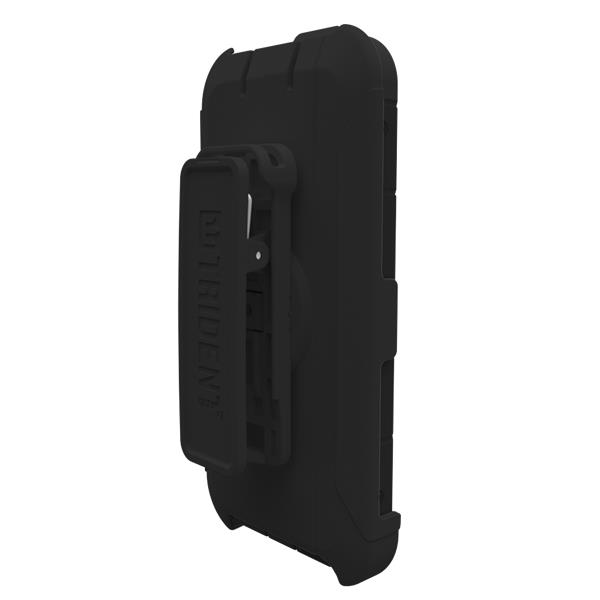