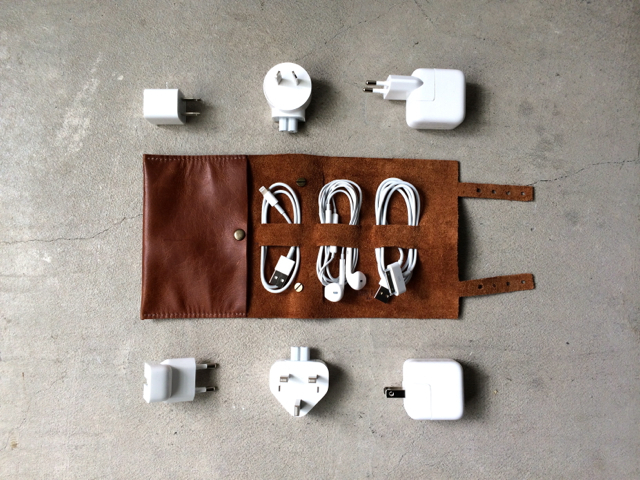 The Cordito and Cord Tacos Review

Sometimes it’s funny how a simple solution to an everyday pain in the ass can present itself in such an elegant fashion. What’s great is how Kickstarter can now make even the smallest of those solutions a reality. One huge pain I often encounter is how my ear buds and other charging cables get tangled up in the bottom of my travel bag. In some cases those headphones are more expensive than the device you are playing through them, so it makes me nervous to keep them on me because of it. Or maybe you show up at a meeting and need to use a USB cord to plug into an overhead projector and you pull out a wad of cord you have to untangle before using them. These aren’t far-fetched scenarios and, for some folks, they are daily occurrences. Enter the Cordito and Cord Tacos. 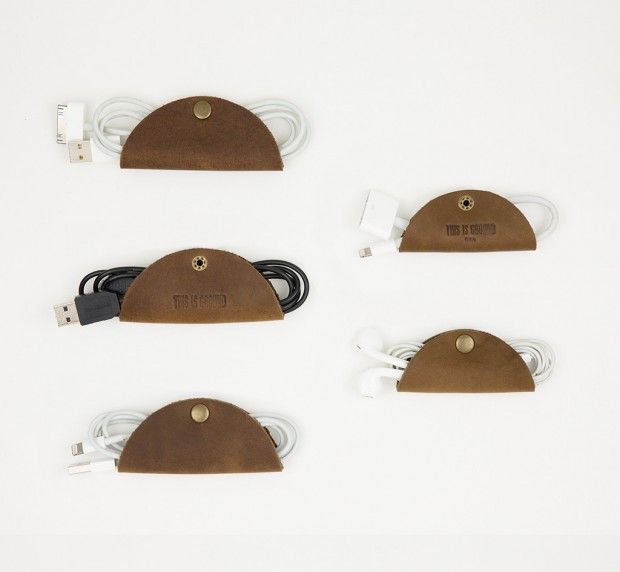 Description:
The Cordito: The Cordito (cord wrap) holds 3 cables & 2 plugs. A gorgeously simple way to wrap your USB cords, earbuds, plugs and go. Made from premium leather and precisely measured to neatly hold your cords. Perfect for traveling. 5.5″ L x 2″ W (wrapped), 12.25″ L x 5.5″ W (unwrapped). Premium leather with metal button enclosures. We’ve update the cordito to include a pocket with a snap for your plugs. Designed to fit the international plugs too!

The Cord Taco: The cord taco will help you clean up all of those wires in your bag, pocket, car or wherever they are. The premium leather greatly changes the look from messy to cool and organized. The taco is made from 100% leather and seals shut with a snap (black or gold depending on color of leather). Works great for earbuds, USBs and other small wires. Each order includes 5 Cord Tacos in the color/s of your choice between tan, black or mixed. 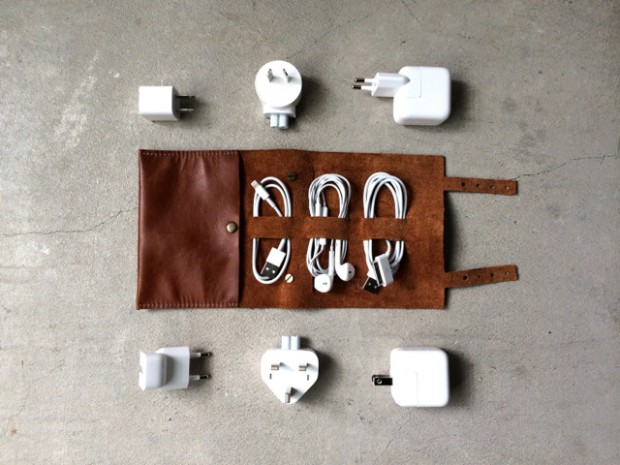 Hands On:
Right off the bat, I have to say the names are corny – albeit accurate. I actually get a craving for mini tacos every time I look at one of the cord tacos. The Cordito is a play on the fact that it is a cord wrap but once you make the connection you won’t forget the name or description.

Once you get past the name though these have a sophisticated, executive look to them and they serve their purpose well. I have had rubber, wind up cord minders that wind up looking like a yo-yo and I have had built in retracting headsets that eventually stop retracting. I also have ear bud holders that go around your neck like sunglasses straps – they look pretty nice actually if I want to keep the ear buds out but they don’t help if I want to put them quickly in a bag! With these “tacos” I can quickly wind them up around my fingers and snap them in, they won’t tangle and the next time I take them out they will be in a conversation piece or at the very least look neater than a big wad of cable.

The Cordito involves a little more time but results in a far better managed set of cables and an even stronger impression of neatness and organization. For example, I have an older iPad that is recommended to use a particular wall adapter with. I can make sure that that adapter is in the pouch so that I don’t have to go digging through my bag or other chargers to find it. We can put two other adapters in the pouch, put the three longest charging cables in the holders and when we get to the room all we have to do is unroll the Cordito and they are ready to go. If we are going to be on a plane we can pack it with our favorite headsets, a headset splitter and a small external battery in case it is a long flight and our electronics need charging. Most of all, who wouldn’t be at least a little impressed if you walked into a meeting with your laptop or iPad, unrolled the leather case, pulled out the USB cord smoothly to plug into the projector and started your presentation? In the case of the Cordito in particular you are buying a sense of style as much as an organizer.

The only thing I would have liked to seen done differently is the having the company’s name embossed in smaller letters on the backs of the cord tacos. 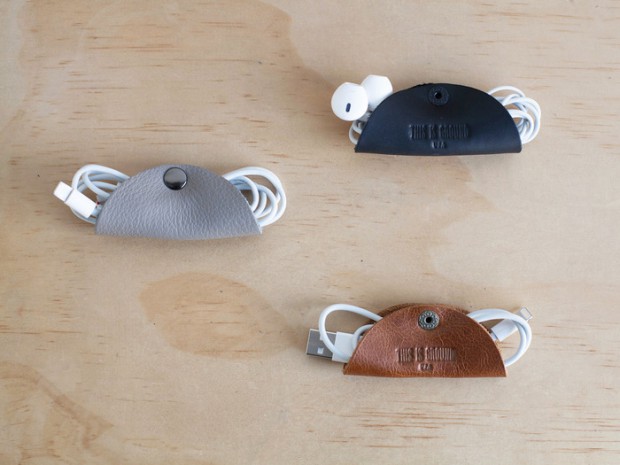 Last Call:
These products started as a $15k Kickstarter that got double it’s funding and has done well enough that it had a prominent place in CES’s North Hall. It is one of those products that afterwards you wonder why someone didn’t think of it before but luckily it’s out there now. The Cordito and Cord Tacos are perfect for executives, businessmen, techies, or anyone who hates getting their cables in a wad.