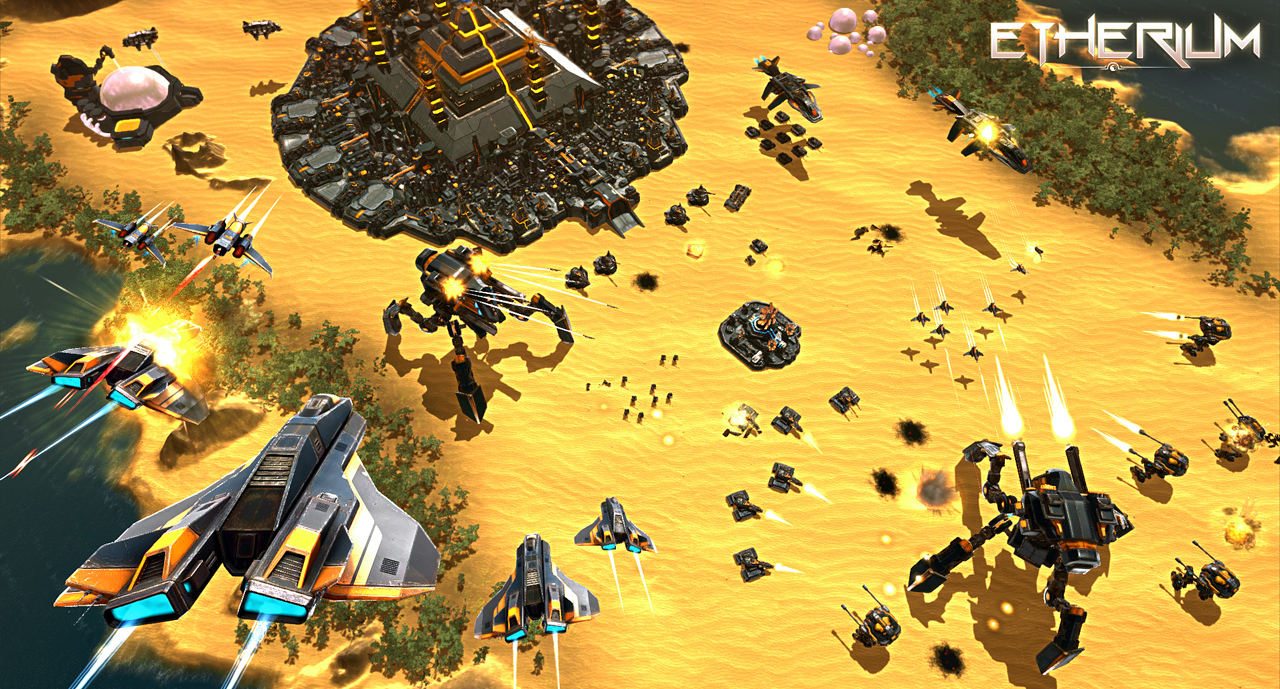 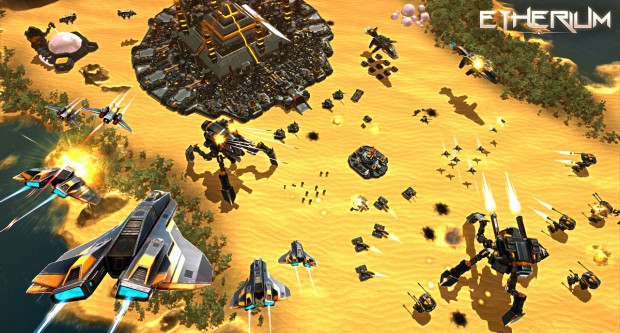 This first teaser sets the scene of the universe of Etherium and shows the first colony of the Consortium, one of the three playable factions in the game, landing on Serenade, the desert planet rich in etherium. The Consortium is deploying its forces in preparation for the struggle against the Council and Galaad, the two other factions in the game that will soon invade the planet in an attempt to seize control.

In Etherium, three empires are locked in a ruthless struggle to control the etherium, a mysterious and precious resource found only on a handful of planets. Take the lead of one of the three factions, each with its individual characteristics, strengths, weaknesses, technologies and special skills such as climate control, espionage and precognition.

The solo campaign in Etherium is non-linear: you are free to decide how your conquests progress. Manage your resources, expand your colonies and extend your control of the map to assemble an army capable of crushing your opponents. Epic battles will ensue between formidable armies comprising numerous units: infantry, tanks, aircraft, and even gigantic colossi of war several meters high; real machines of destruction! You will also use scientific research to develop a tech tree enabling you to unlock new units and upgrades, access new structures to develop your colony and to use new special skills.

Etherium has a unique and dynamic weather system that has a direct impact on your strategy. Use a sandstorm to approach the enemy base unseen, or mount a rearguard attack by crossing a freezing river. Each of the 7 planets has diverse environments, and varied terrain that will force you to adapt your strategy: arid desert, swamps that impede tanks, icy worlds, island archipelagos…

Finally, Etherium will also test your strategic skills in online modes, where up to four players can compete simultaneously.