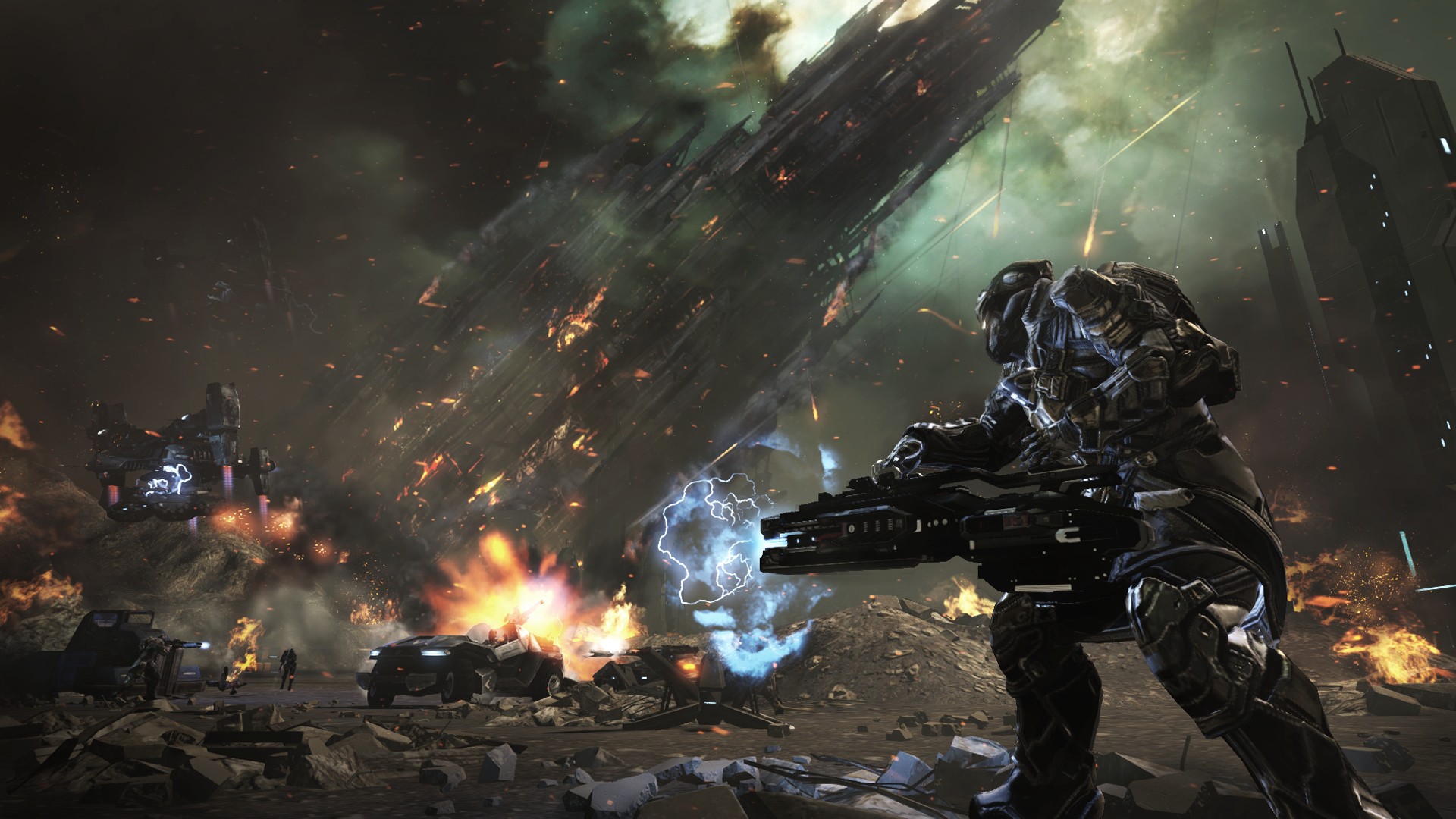 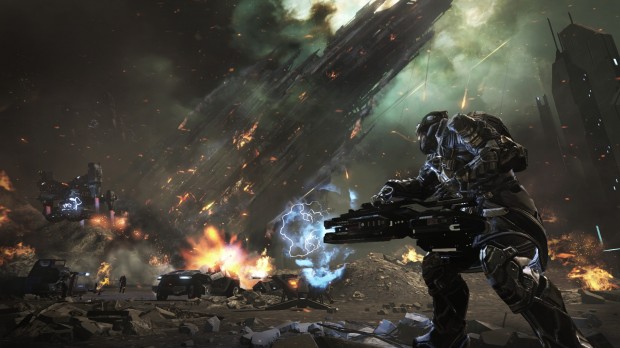 December 10, 2013 — Today CCP deployed the latest in a series of monthly updates to DUST 514.  The Uprising 1.7 release delivers all-new content to DUST 514 that includes innovative weapons, an overhauled vehicle system, a fiery new battlefield mood and major changes to Factional Warfare that will strengthen the free-to-play shooter’s connection to EVE Online and the wider EVE Universe.

See below for more details on just a few of the additions Uprising 1.7 brings to DUST 514:

Uprising 1.7 brings new and powerful weapons to the battlefield. The Minmatar Combat Rifle is a gas-operated, short-barreled semi-automatic weapon that’s well-suited to both short and medium range combat, and the Caldari Rail Rifle is a precision weapon designed for field operations where power and range are critical. These new rifles round out DUST 514′s first full set of faction-aligned weaponry, opening up new tactical battlefield opportunities for the mercenaries of New Eden. Read more here.

The vehicles of DUST 514 have also been modified with Uprising 1.7 to amplify their role in the terrestrial conflicts of New Eden. The development team has overhauled the vehicle system for better handling and implemented a new process for streamlining vehicle fitting. This approach lays the foundation for new and exciting vehicle variations planned for the future. Full details can be found here.

The ever-expanding battle zones of New Eden now feature a new volcanic mood, adding more diversity and variety to the maps of DUST 514. Mercenaries will battle for dominance as volcanos spew magma in the distance and the ash-choked sky rains debris on the battlefield.

Factional Warfare, where DUST 514 players choose sides in the ongoing conflict among the factions of New Eden, has gotten an upgrade, raising the stakes and deepening the bonds between DUST 514 and EVE Online. In the revamped Factional Warfare, Orbital Strikes, once initiated from the ground in DUST, must now be earned by capsuleers in EVE by securing satellites in orbit above the contested planet. Players participating in Factional contracts will be rewarded with Loyalty Points to be redeemed for exclusive Faction-aligned weapons. Friendly fire has also been implemented, heightening the action and danger. More details on the recent modifications to Factional Warfare can be found here.

DUST 514 brings intense infantry combat, large-scale warfare and deep character advancement to the PlayStation 3 in an exclusive free-to-play massively multiplayer shooter. Set in, and integrated with, the massive universe of EVE Online, players wage war in the next generation of first-person shooters, where a single victory could prove the crushing blow to a galactic empire of thousands of online gamers. For more information, visit www.dust514.com