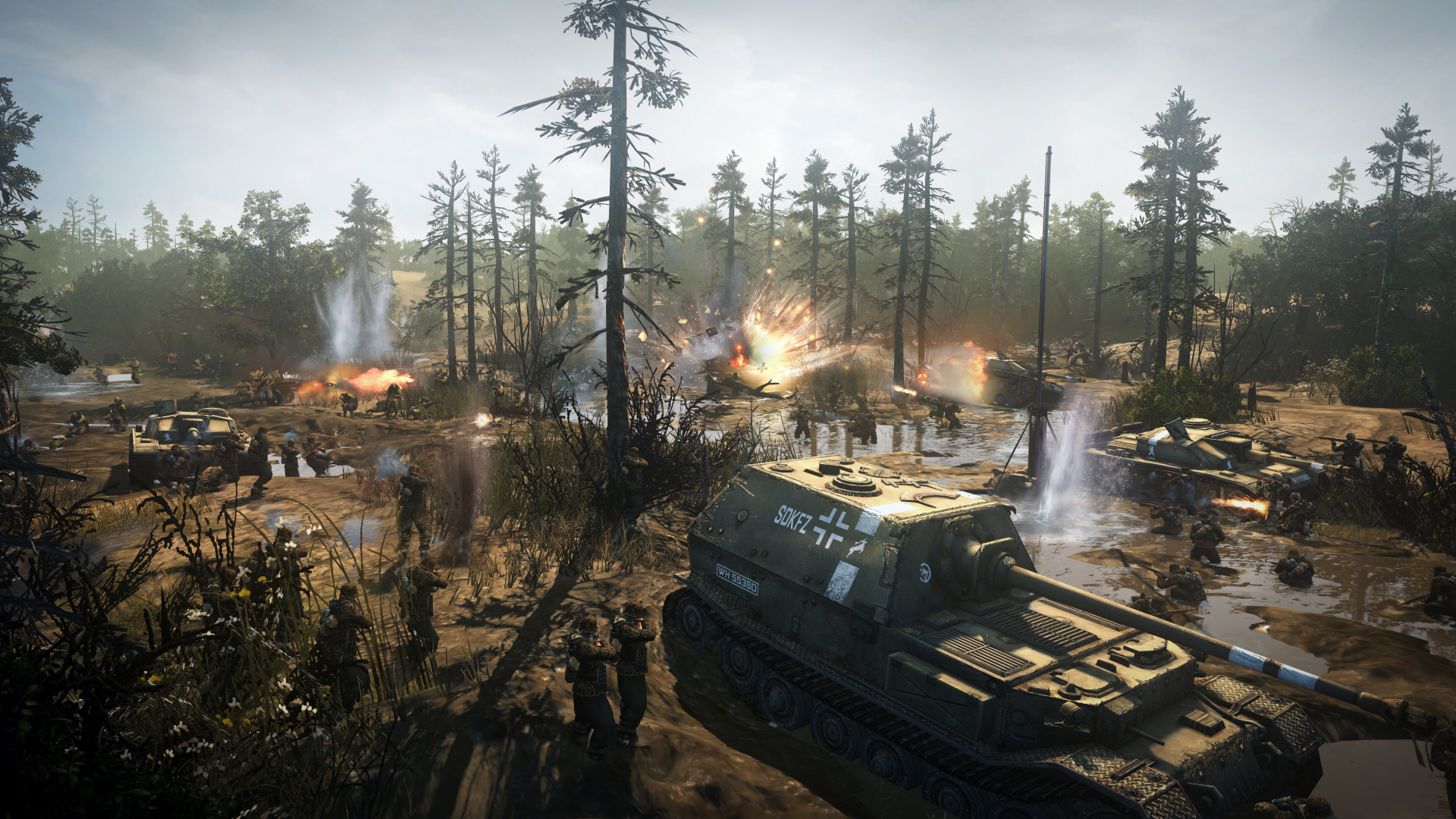 Company of Heroes 2 Gets Loads of New Content Today 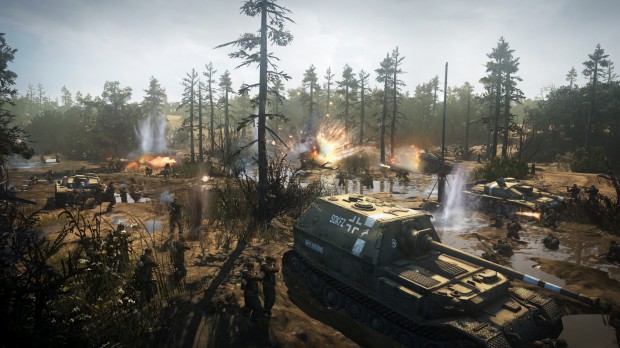 SAN FRANCISCO & LONDON – December 10, 2013 – SEGA® of America, Inc. and SEGA® Europe Ltd. announced that the next big update for their critically acclaimed strategy series Company of Heroes™ is going live later today. The award-winning original Company of Heroes will see a number of key feature updates to the game’s Steam functionality, such as secure leaderboards, battle and arbitration servers.

Company of Heroes™ 2 is continuing the fight on the Eastern Front with this update, offering players the brand new Theatre of War pack, ‘Southern Fronts’ ($4.99/£2.99/€3.99/AUD 6.49), two free maps as well as a number of game improvements and the ability to upload community created maps in the World Builder via Steam’s Workshop.

“These brand new updates show our ongoing commitment to providing the community with regular additions of free and premium downloadable content,” said Greg Wilson, Executive Producer at Relic Entertainment. “We are also very excited that we were able to deliver the Steam Workshop maps integration for the World Builder before the end of the year as it will become a vital part of providing our community with the ability to create their own content.”

–       Several improvements to the game, more information at www.companyofheroes.com

During the Spring Rasputitsa in early 1943, the Red Army launched a series of counteroffensives against German lines in the southwest. While initially successful, the Germans regrouped and managed to regain the momentum to recapture Kharkov. Take command of both factions in a series of 10 challenges and battles that feature new environmental conditions; thick mud that impacts vehicle movement and exposes new vulnerabilities.

Donbas Region, Ukraine, 1943 – the spring rasputitsa season has caught the German army off guard. They are poorly equipped to deal with the deep mud and are having trouble mobilizing. Lead an ambush on the German Panzer Division and destroy them before the support infantry can free them and they escape

Donets River, Ukraine, 1943 – after Operations Star and Gallop succeeded in pushing the Germans back to the Dnieper River, the Soviets found their advantage quickly collapsing as they again lost the cities of Kharkov and Belgorod. The Soviets must hold the bank of the Donets River against invading German forces on the ground and from the air

Western outskirts of Kharkov, Ukraine, 1943 – the advancing German forces make their way into the outskirts of western Kharkov. The Red Army prepares to defend against the incoming German armor assault with the aid of anti-tank emplacements

Southwest of Kharkov, Ukraine, 1943 – the Soviets have suddenly found themselves on the defensive, with a reorganized German Army pushing back with renewed vigor and beginning to reclaim territory in the region around Kharkov. You must hold the line and halt the German Army’s advance towards Kharkov.

West Donbas Region, Ukraine, 1943 – the Red Army is pushing westwards with Operation Gallop. The German defenders are retreating to the Dnieper river. On the 19th of February, the Red Army broke through German lines and pushed towards Zaporizhia. Soviet forces must swiftly search out the remaining pockets of German defenders and destroy them

Donets River, Ukraine, 1943 – after retaking the city of Kharkov, the German Army pushed eastwards and reclaimed the surrounding area. The Red Army fell back, retreating to a position behind the Donets River. The Germans must attack the Soviet forces on the bank of the river and secure territory on the Donets before the Red Army can form a defensive line

West of Kharkov, Ukraine, 1943 – after being halted in a bloody battle against the Red Army’s defenders, German forces have regrouped and prepare to use the cover of night to break through the enemies defenses and continue their assault into Kharkov

Southwest of Kharkov, Ukraine, 1943 – the Germans had been driven back to the Dnieper River and were forced to regroup and reorganize. However, with the Red Army vastly overextended, the Wehrmacht seized the opportunity to launch a counterattack and regain the upper hand. With the return of Panzergrenadier Division Großdeutschland, push north through Soviet territory towards Kharkov

North of Kharkov, Ukraine, 1943 – in their advance towards Kharkov, German forces are ordered towards the north in an attempt to eliminate the remaining pockets of Soviet resistance. The Wehrmacht has deployed their heavy armor to break through the Red Army’s defenses in an effort to complete their encirclement 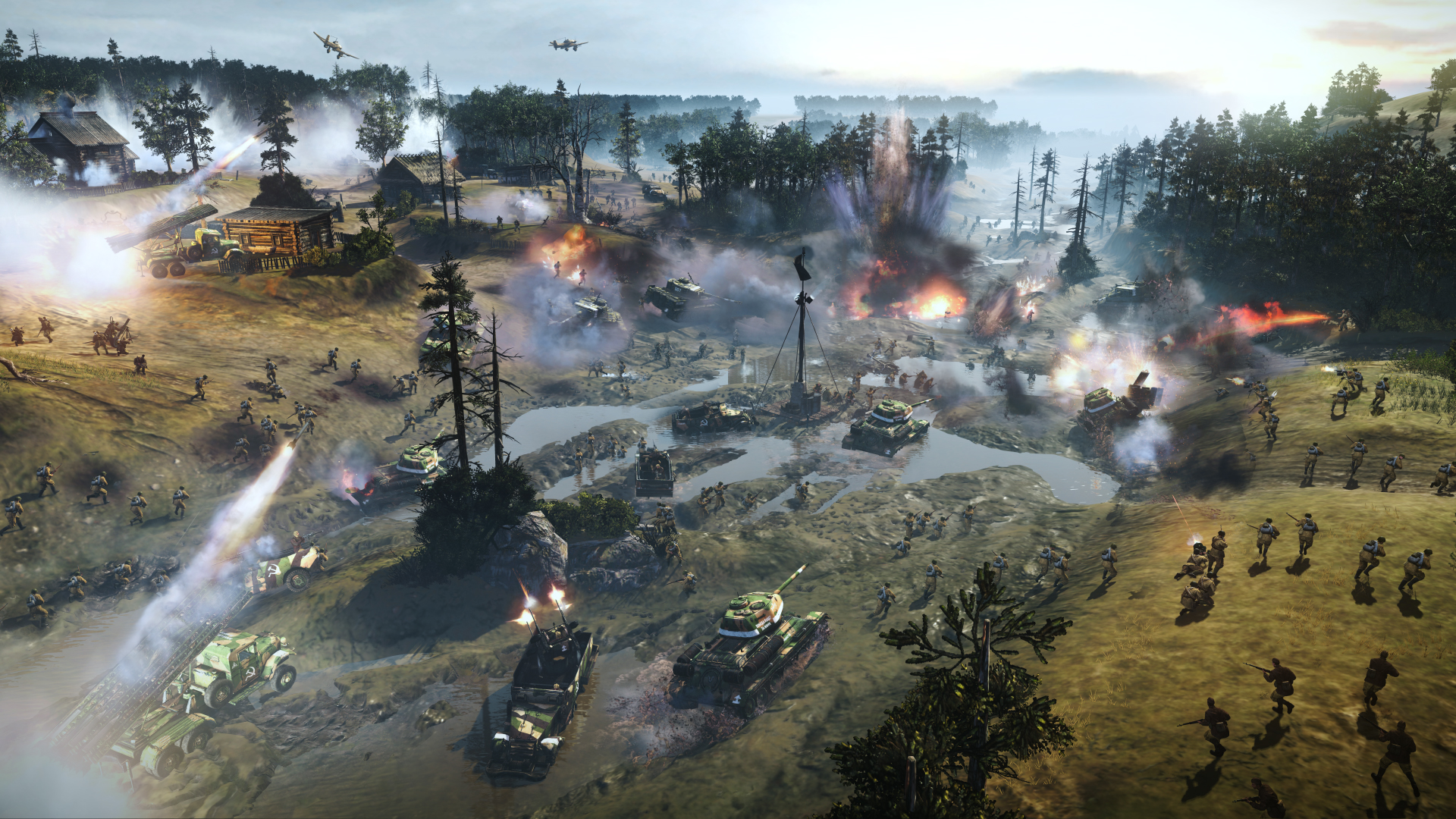 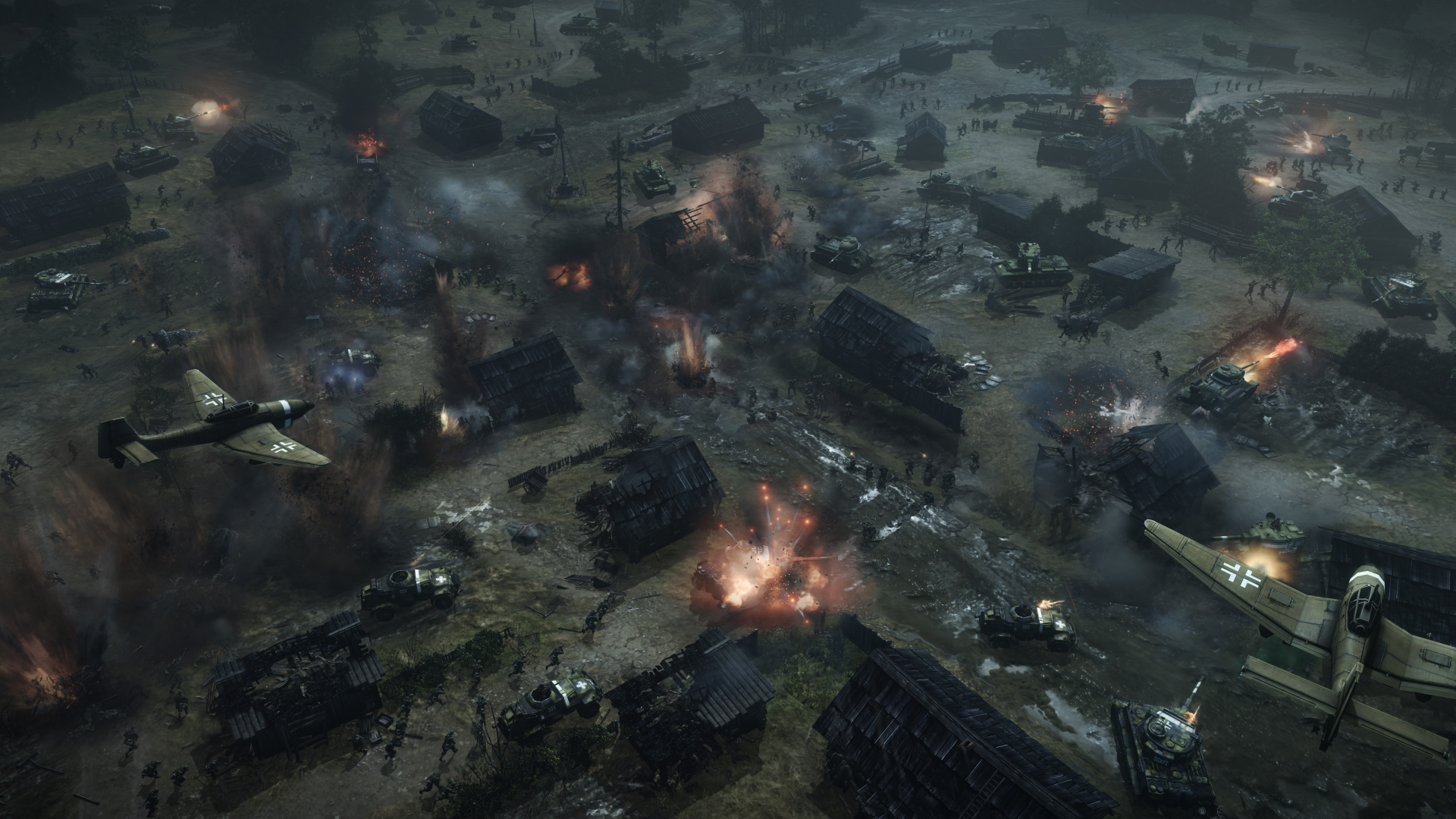 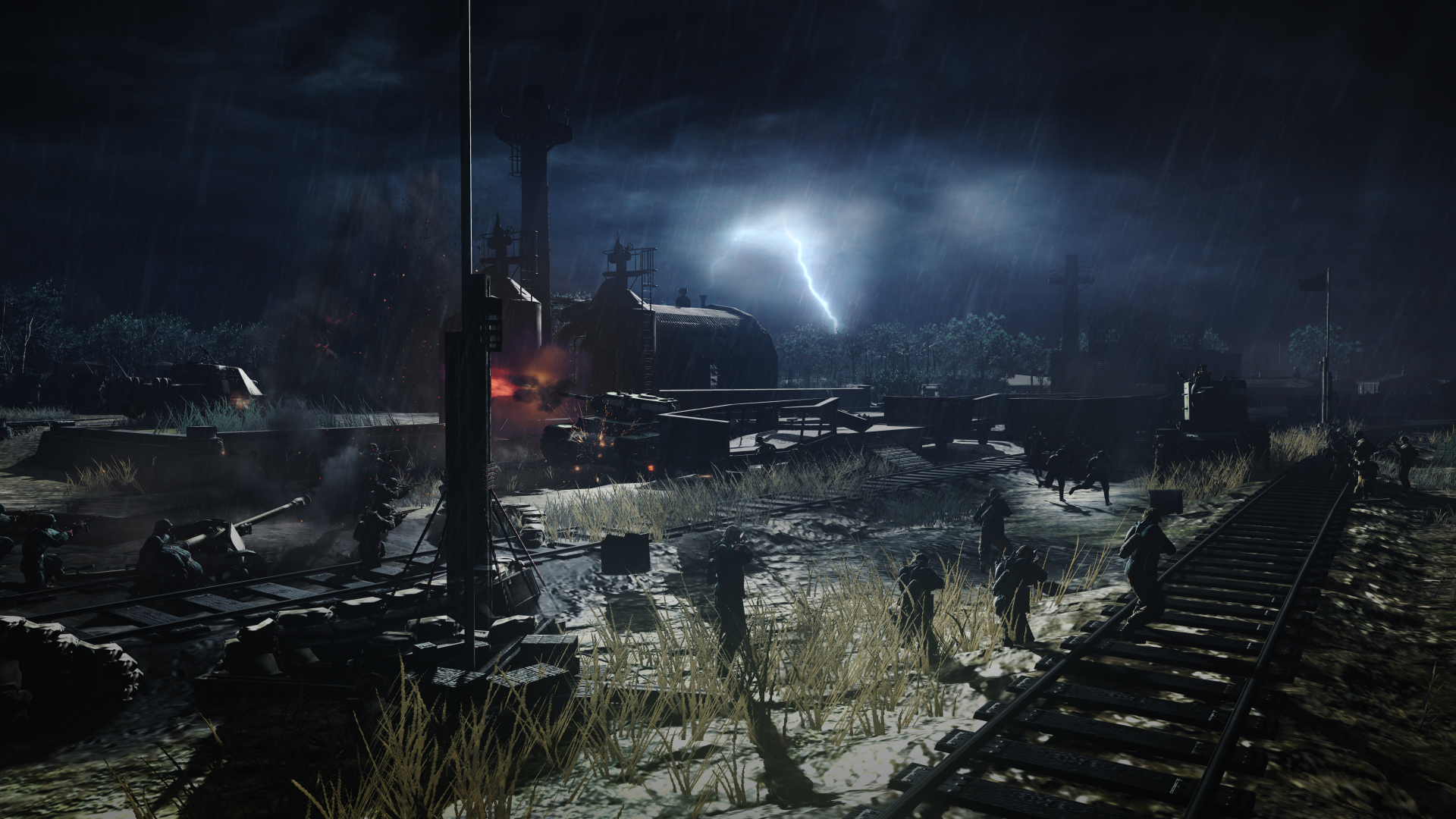 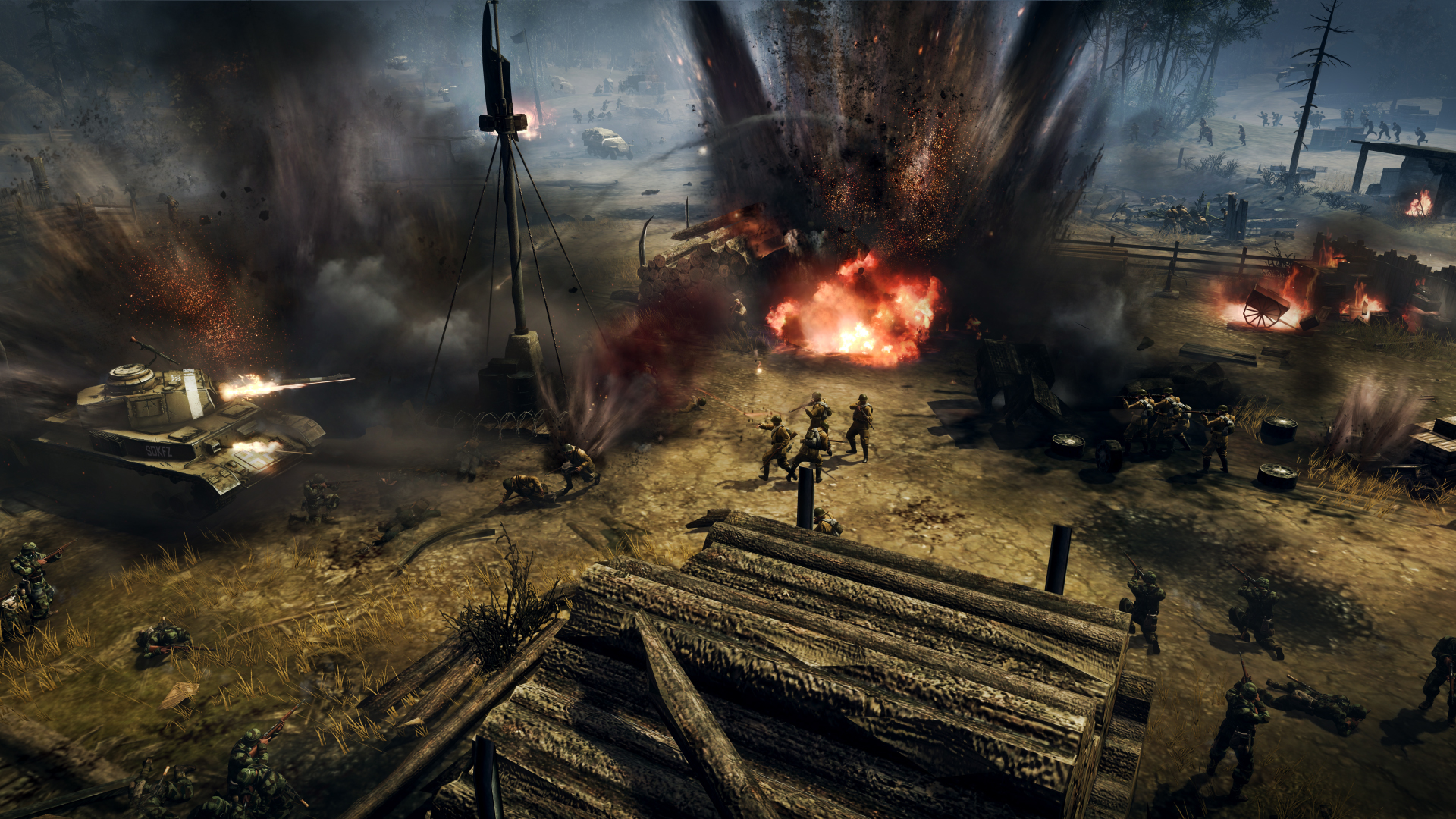 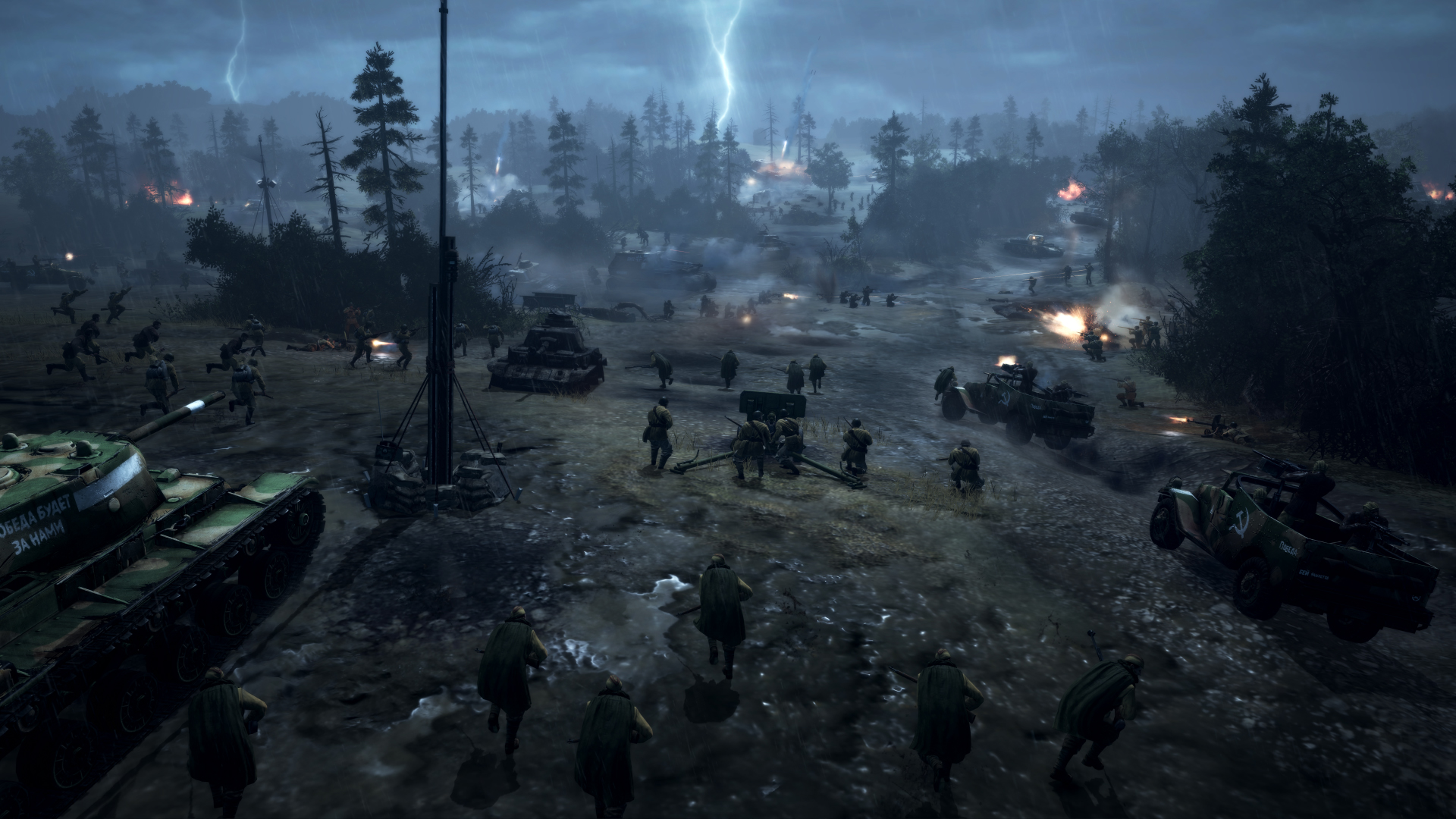 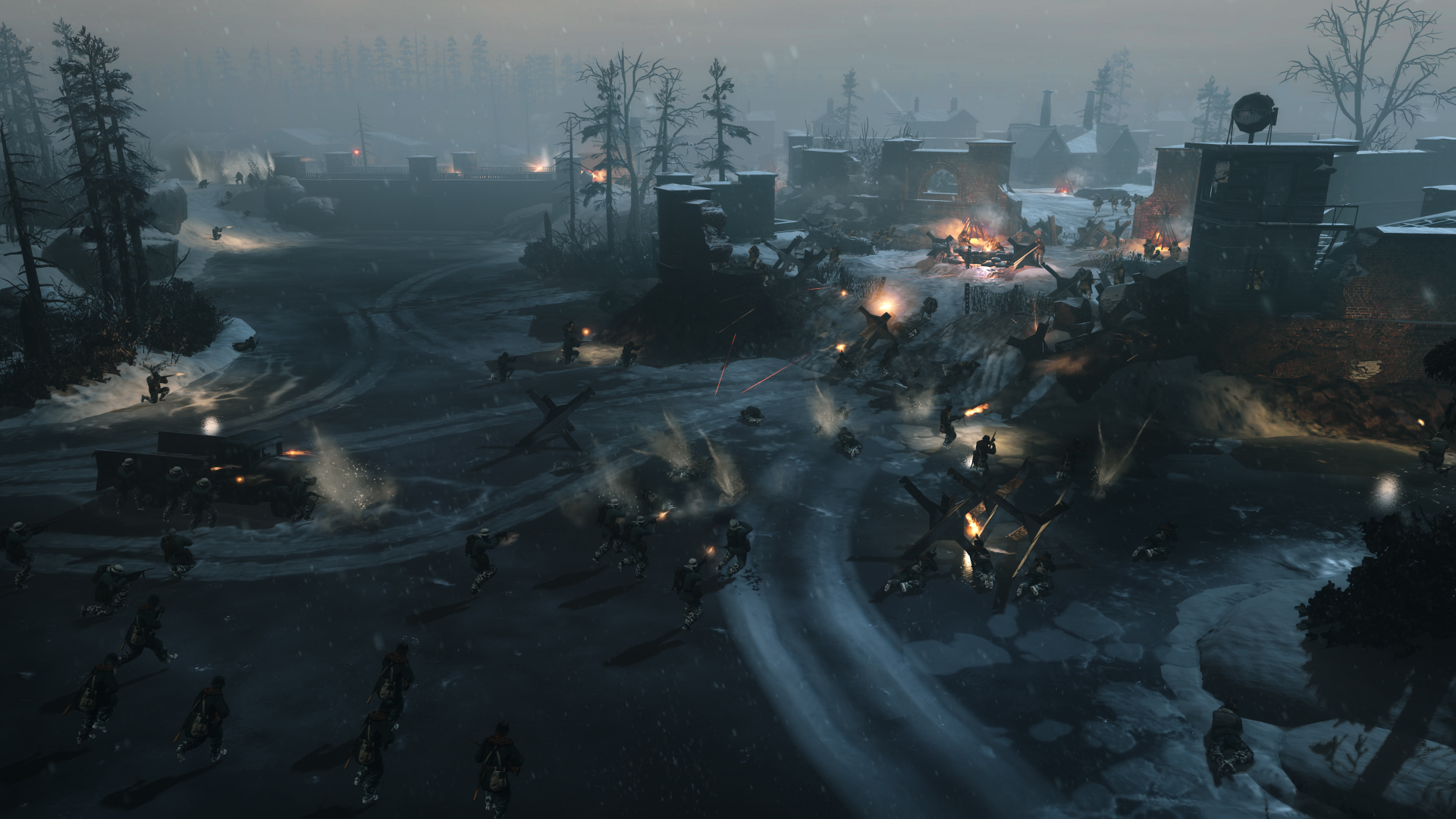 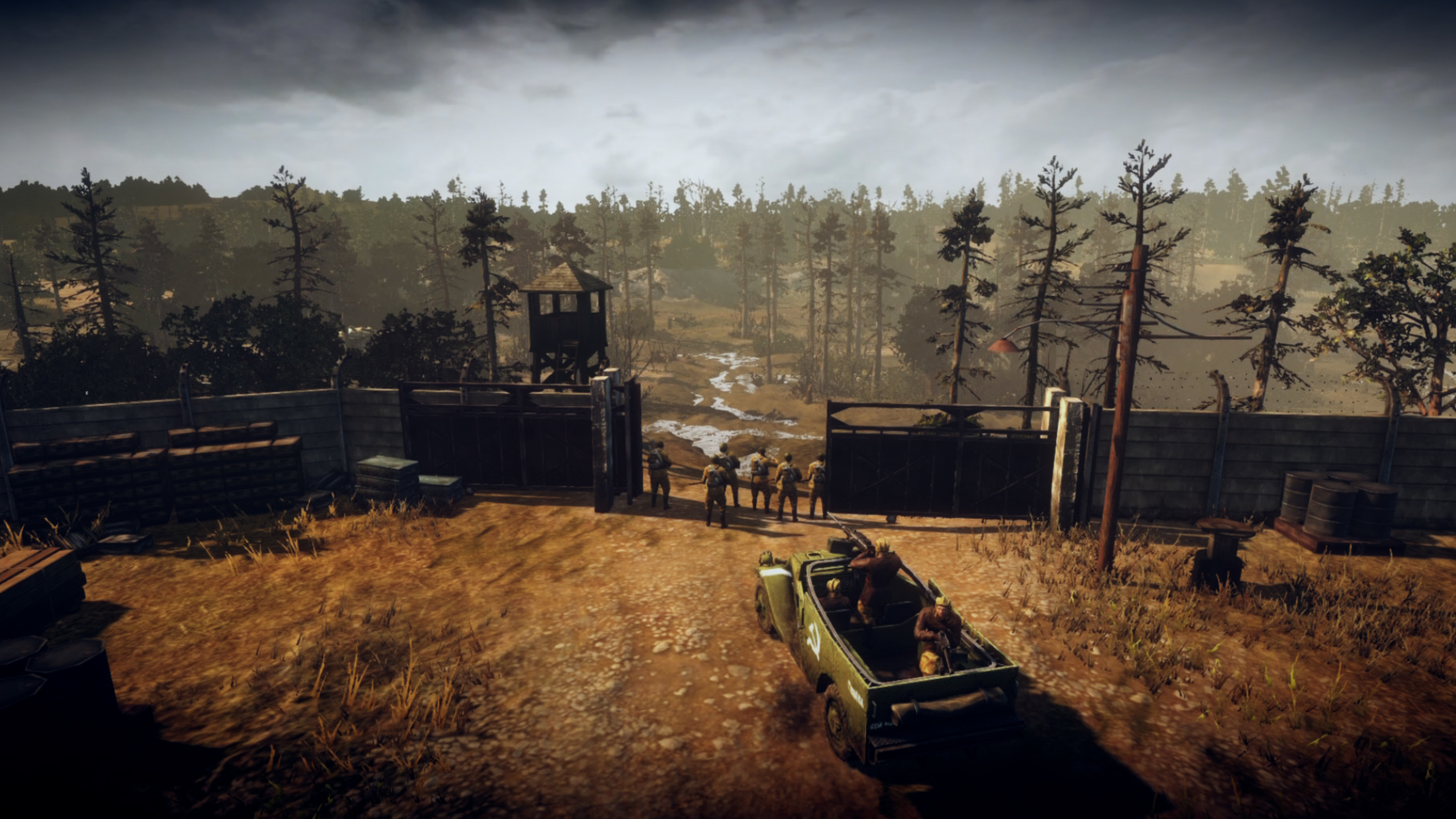 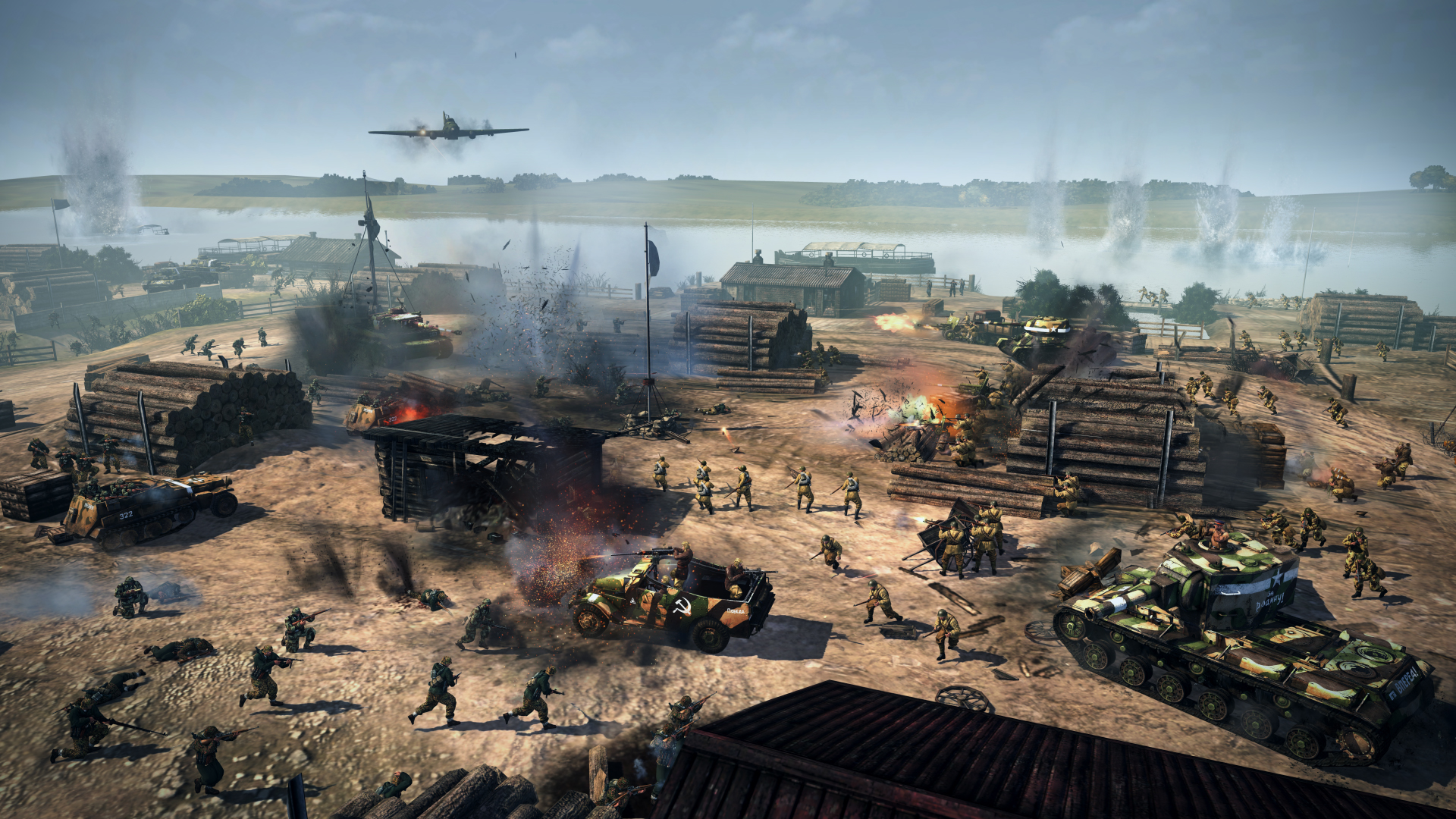 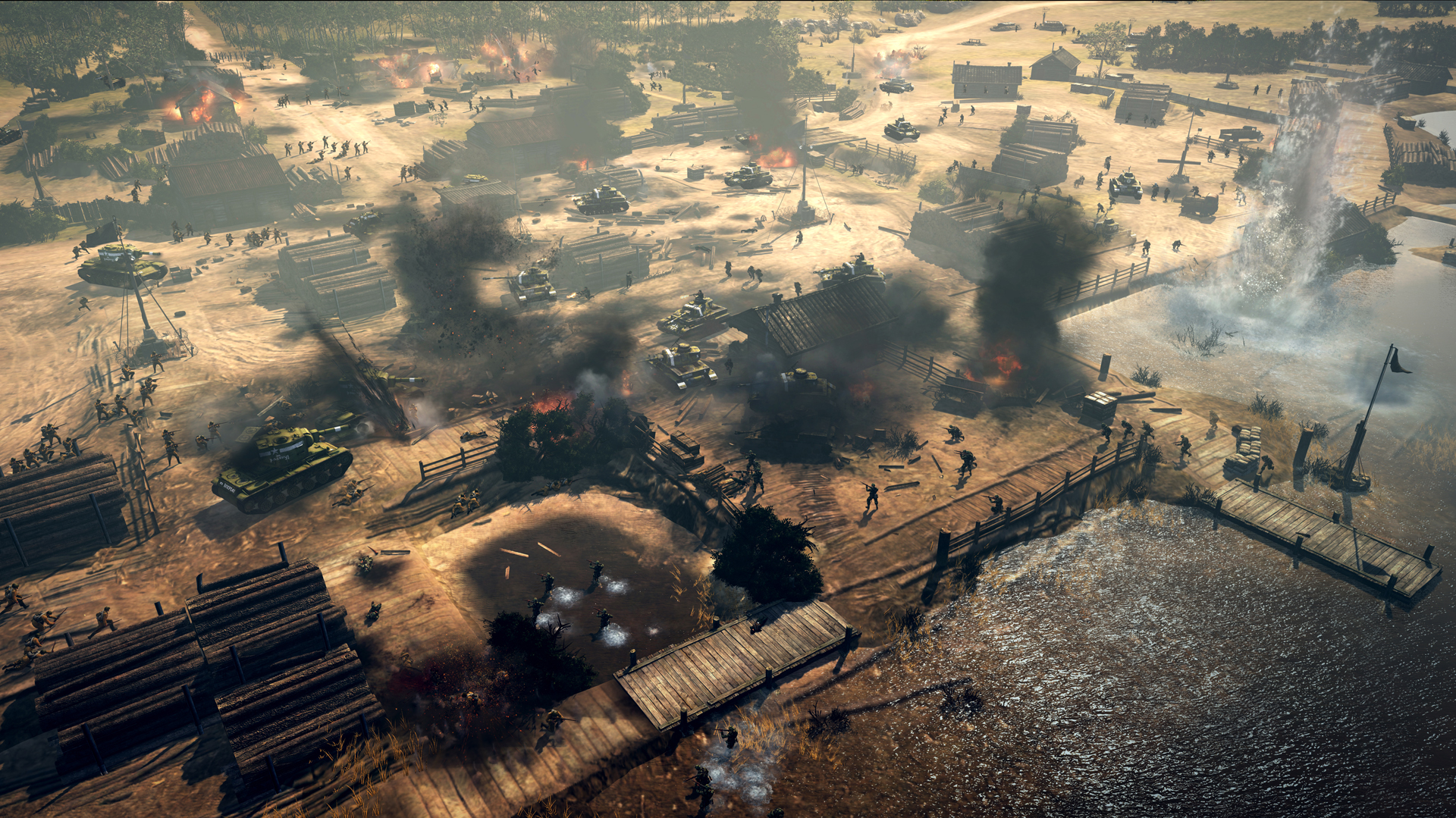 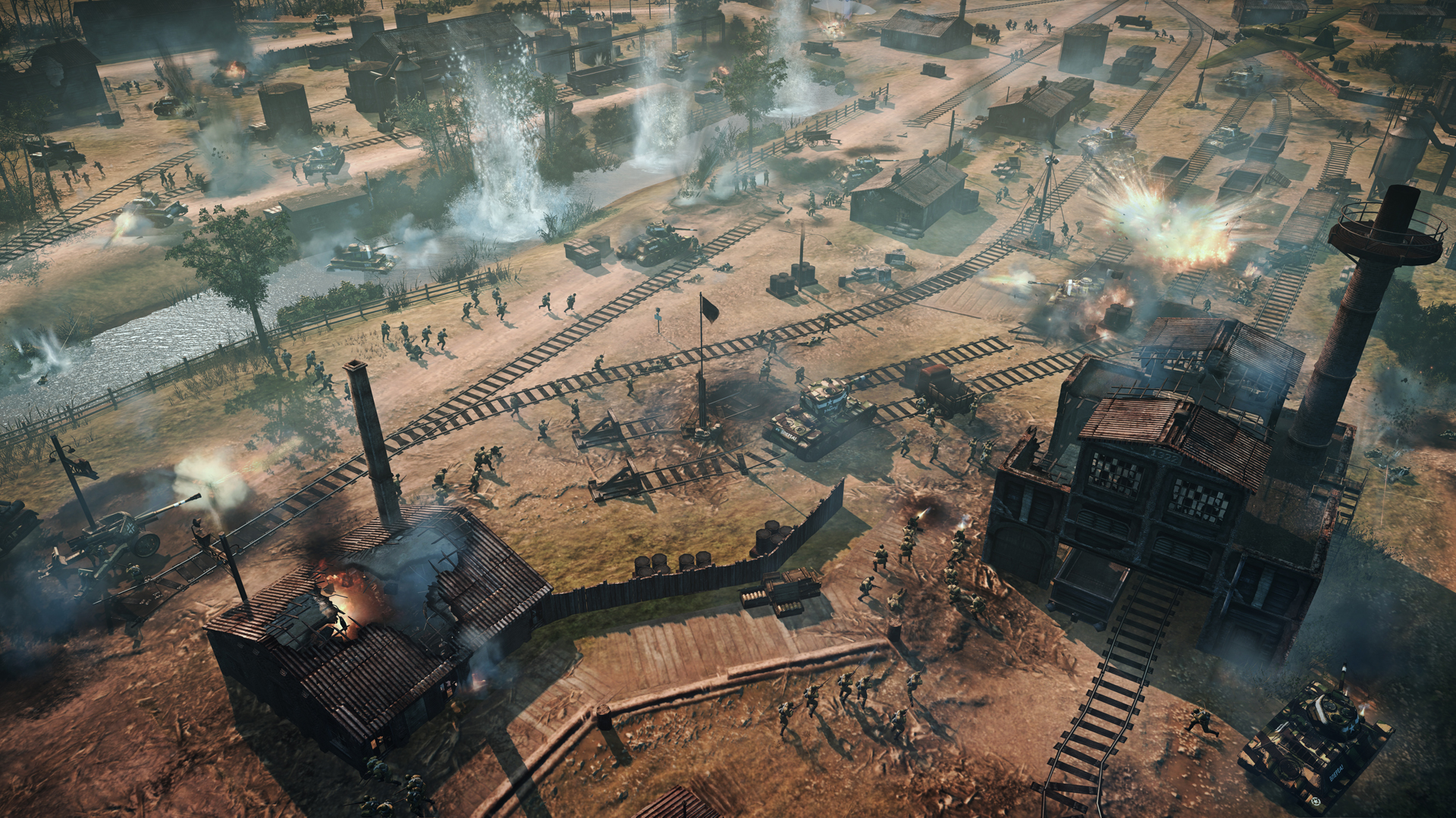