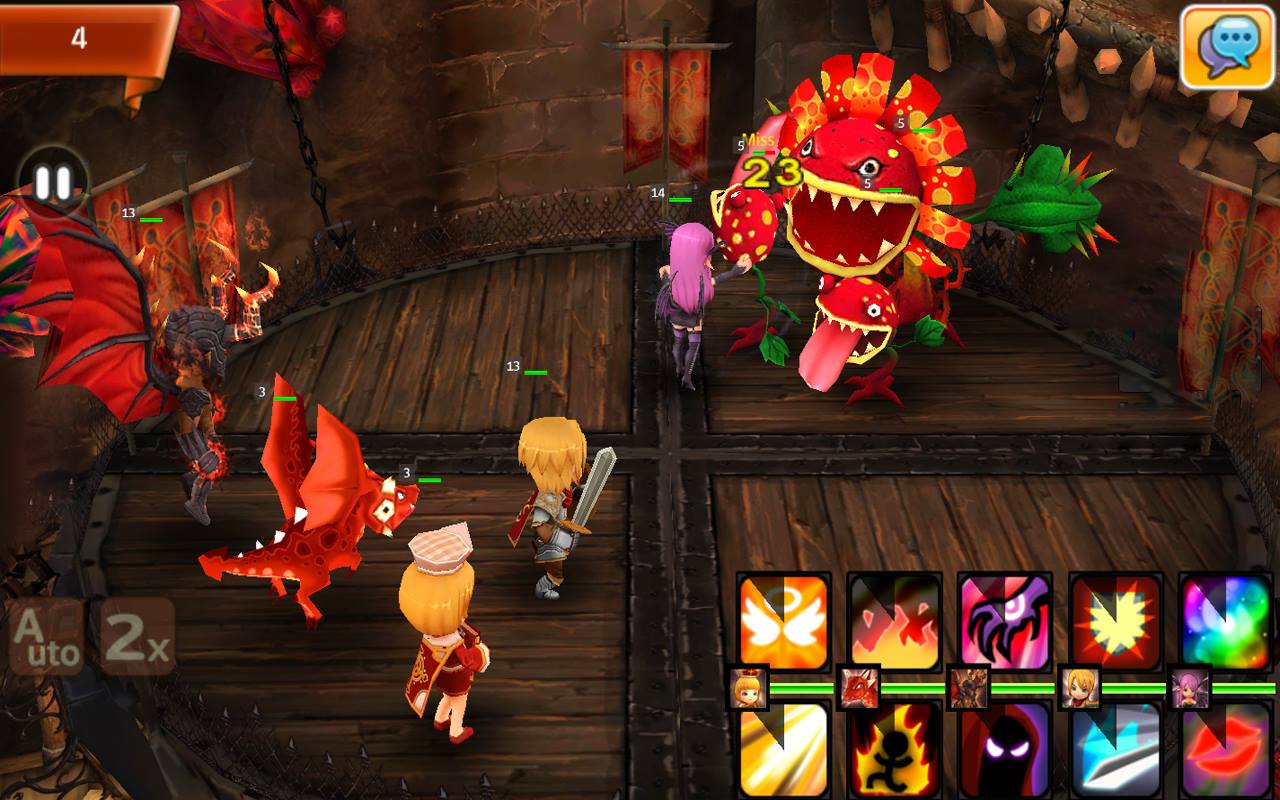 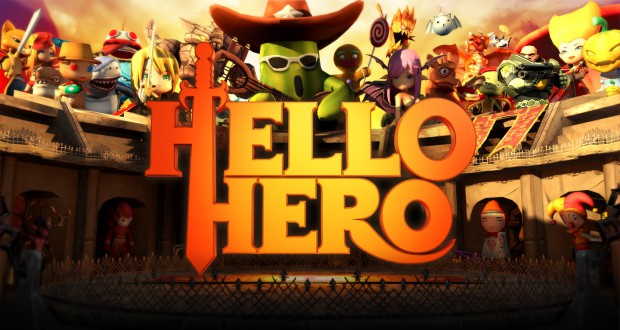 I always love a game on the go – one to play while I am waiting for a doctor’s appointment, standing in line, or just winding down in bed. A game I can jump in and out of easily and play on my iPhone or iPad is always handy but, let’s face it, due to the limited controls available the game shouldn’t be too heavily priced.  So, when a phone freebie comes along like Hello Hero I am always willing to give it a try and find out if it is truly free or pay to play like so many others.

Description:
In Hello Hero, the epic, fast-paced, social Role Playing Game, assemble the ultimate team of unlikely heroes ranging from the traditional (a knight in shining armor) to the inexplicable (a guitar-wielding cactus that heals with the soothing sounds of his music) to earn rewards, compete with friends and battle with bosses to defeat the diabolical force and save the galaxy!

An evil and powerful entity threatens to destroy the entire galaxy. It is up to you to leave your home planet and travel to fantastic new worlds – building strength and choosing an army of weird and wonderful allies. 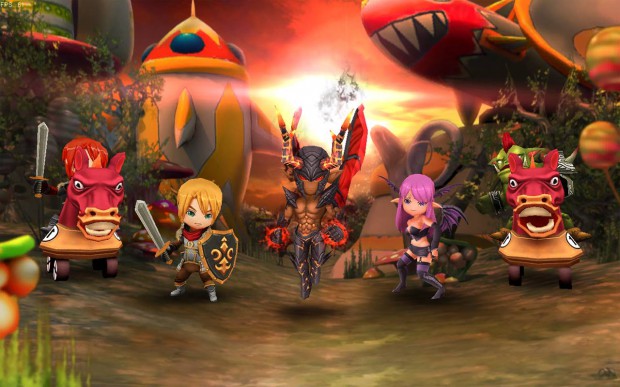 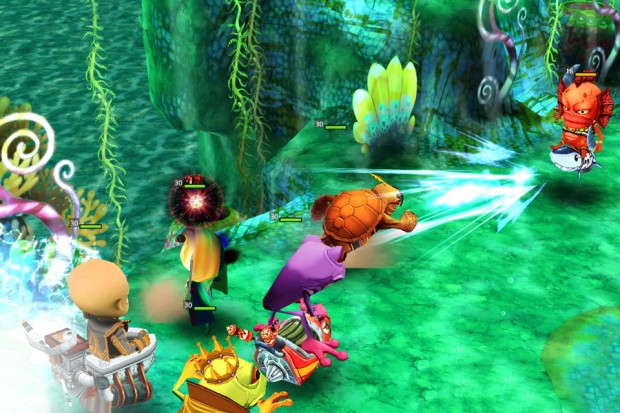 Hands On:
Of course, its first listed feature is “FREE TO PLAY!” which, believe it or not, is often the biggest warning sign. Free to play often translates to “free to play, pay to win”, which has become a popular business model across all gaming platforms – especially if a game fails to survive in the subscription world (Star Trek Online, The Secret World, SWTOR, etc). So, I went in with a bit of weariness. The surprise was that this can really be a free to play game, all it requires is patience. If you are willing to invest the time and earn things slower in the game, you don’t need to spend a single dime out of your pocket. I am notorious for being a patient farmer in games and all I had to do was log in, play my energy levels down, upgrade what I could then log out and come back later. There are plenty out there that would be driven CRAZY by such a process, they want it all and they want it now. They still have to level, but they can buy bonus exp, bonus draws, bonus energy – if they want to pay they can level up quick. This was surprisingly not the norm while I was playing and the system isn’t design to allow these players to “gank” players who don’t pay to win so it is truly a free to play game with pay if impatient as the option. 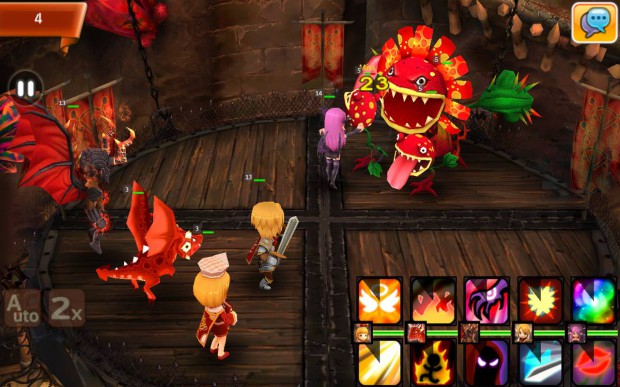 One of the coolest aspects of this game that is a huge selling feature is the variety of the playable heroes. In some games, you find yourself wishing you could play one of the enemies you fight. In this game, you often get that option! You might beat a seedling and win a seedling hero card.  Then you can check out it’s stats and decide if you want to use it. There are hundreds of heroes, many of which come from the pool of what you are fighting, all of which have their own strengths, weaknesses and abilities.  Needless to say, there are some heroes that have the same abilities as others but hundreds of abilities would probably be a headache to figure out the best team for anyways.  Adventuring or buying bonus packs are the two ways to get new heroes, there are a couple ways to buy bonus packs, the pay to play getting a bit of an edge on the hero’s quality.  By different heroes I mean they can be incredibly different from one that looks like a standard human hunter to a singing cactus or a shark with a shield and trident.  When you make a Red Velvet Cupcake part of your team you realize just how diverse they really are. 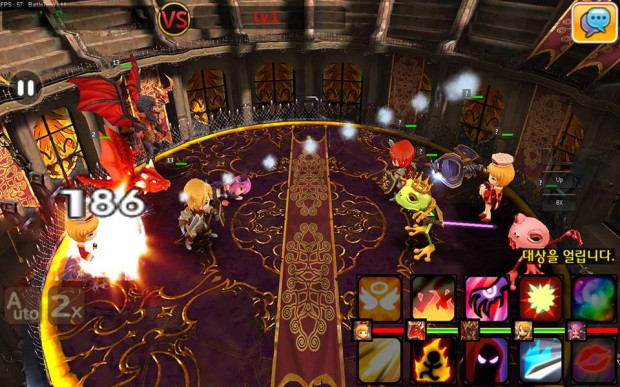 When playing, you make a team of five heroes from your set of cards and you can trade them out whenever you want. You level them like in standard adventure games with some heroes in your group sharing cool-downs and you build the group however you want. Usually, you will want a healer and a tank but then how you set up the rest of your group is up to you, you can even have a tank that does both taunt and armor on itself. Weapons and armor are found along the way with varying stats most of which are very simple at first.

Once you feel you have a pretty strong group, you can choose to PVP, arena, dungeon or boss battle with the group. This earns you honor that can be used to try and get better heroes or equipment. Arena pits you against a random player’s team of around the same level as you. Players level slower than their team so a player might have a maxed out team and only be level 4 themselves with the general idea being the higher the player level the longer they have played and been able to put together a better team. This isn’t always the case but is a pretty solid model and arena can feel like random PVPs where you can get an idea of what other combinations of teams and heroes are out there to add to your wishlist. PVP is truly just players challenging players, often from meeting in the server’s chat room and doesn’t try to equalize battles at all. So, beware as there be sharks a plenty in that chat room. Dungeons get unlocked and are a lot like environmental battles only longer, becoming an endurance test of your built team. Boss events pop up periodically and then you just join in and try and do as much damage to the boss with your team as many times as you can as he smacks you down. In the beginning this can be daunting because of how little damage you do as the boss literally flicks you with a finger and kills you but as you level up yourself and your team, your damage and survival time increase. 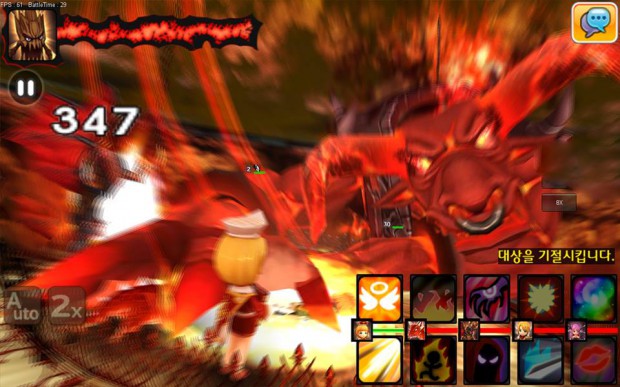 Last Call:
I spent quite a bit of time checking this game out to make sure it could truly be “free to play” and I can say without a doubt it can be and often is. If a player decides to pay to play they can get their money’s worth from the game as well saving time and patience. Hello Hero is a great iOS game with addictive qualities no matter how you play it.