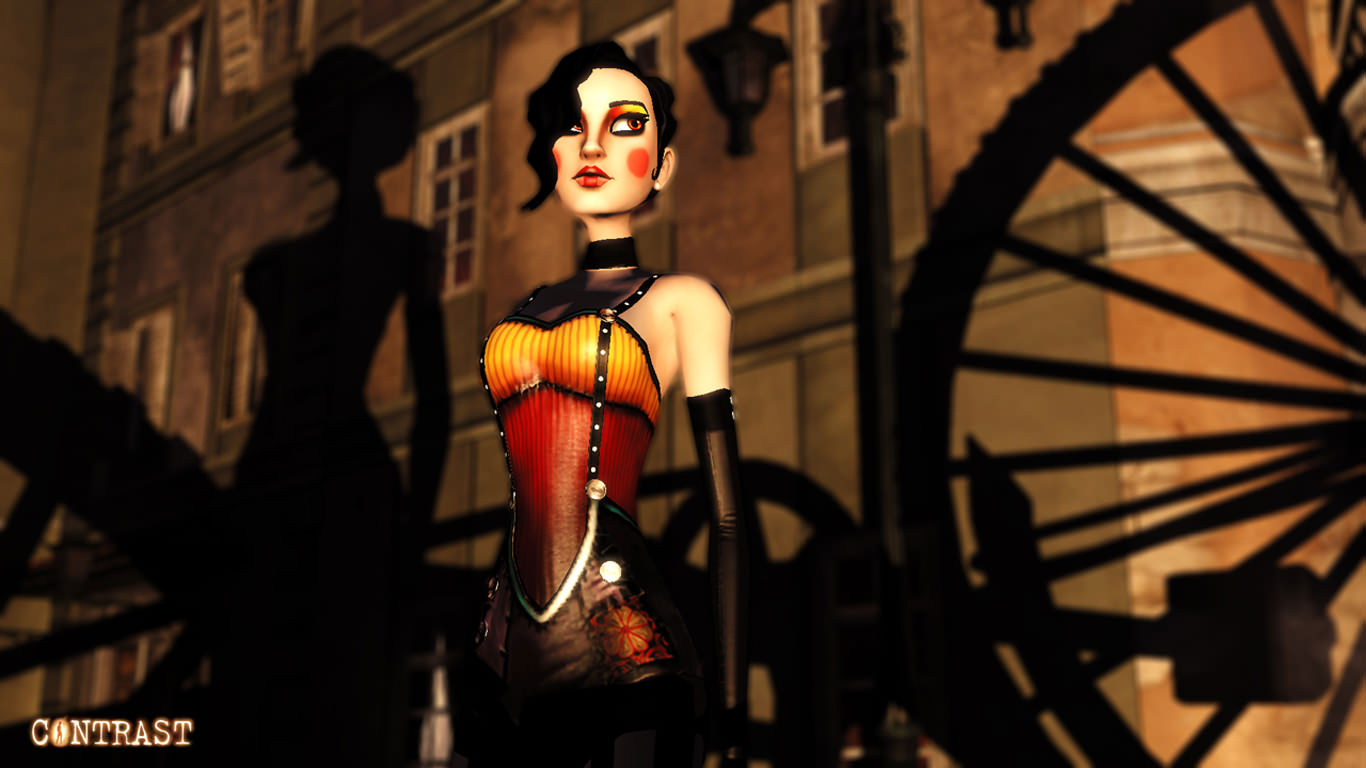 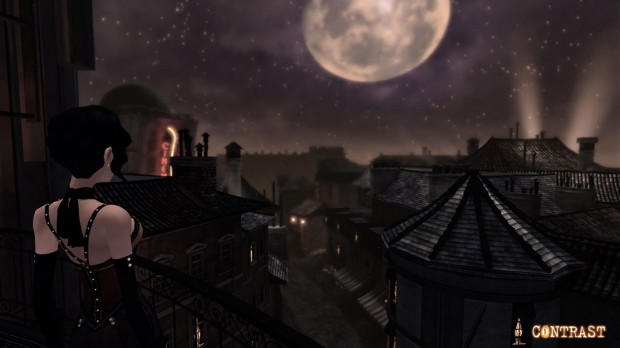 Contrast: (noun) the relative difference between light and dark areas of a print or negative. (source: Dictionary.com)

We don’t normally start reviews here at GamingShogun.com with a definition, but in this case it really makes a difference to know what this title means. This is so because the game is really a work of art and its first message is in its title.  As the game starts up a hauntingly beautiful cabaret song starts playing and if you wait through the credits and look at the introduction screen it plays all the way through and repeats. The song has longing and loss intertwined in it in a way that haunts which is really the tone of the game and action as this stylized wonder plays with fantastic shadows and solemn light.

Description:
Contrast is a charming 2D/3D puzzle platformer where you can shift from a fantastic 3D world to a mysterious shadowy universe in 2D in the blink of an eye. In Contrast, you will explore a dreamlike, vaudevillian world of the 1920s. In this universe, where the boundaries between showmanship, magic, intrigue and deception are blurred, you play as Dawn, the imaginary friend of a young girl named Didi. A child’s imaginary friend is always very special, and Dawn is no exception – she has the power to shift from the 3D dreamscape into a parallel 2D shadow world. As you spend time with Didi, you will cast light on a shadowy story, exploring an adult world as seen through the eyes of this little girl. You will need to manipulate light sources to distort, enlarge or stretch the 2D shadowscape, and combine that with your shadow-shifting powers to help solve the many puzzles surrounding Didi’s troubled family.

Contrast is a game with an enchanting atmosphere and a rich, jazzy soundtrack performed by the cool, seductive Laura Ellis, and a talented group of Montreal-based jazz musicians. Use Dawn’s special abilities to unlock the mysteries of this world and save Didi from the secrets that threaten to overwhelm her and her dysfunctional family. 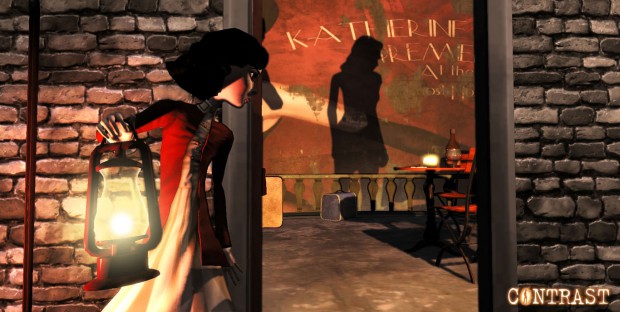 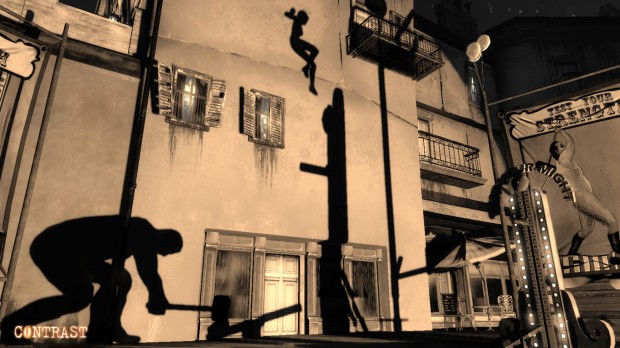 Hands On:
I had read previews of Contrast and had planned to scrape a bit of money together and pick it up when I got a chance, especially after seeing the first trailer.  The stylized world had drawn me in with the tiniest of tastes and the idea of the gameplay had such a unique feel.  Going in, I had high hopes for the game, which can sometimes prove hazardous for reviewing but it this case it exceeded them quickly.  You play Dawn, Didi’s imaginary friend, though Dawn seems more flesh and blood than most of the cast making you wonder quickly what reality is.  This isn’t a spoiler, all this is learned in the first couple minutes of play and sets a tone in a world that seems forever dark just waiting for a light to break through and send shadows dancing.  The soundtrack is exceptional, perfectly suited to the game setting the mood and immersiveness.  The stylized art of the visuals and the play with contrast engage you quickly and the story – well, you really want to help the doe-eyed Didi make things right in her world.

Gameplay is standard third person perspective for the 3D world and a side-scrolling for the 2D/3D mix of shadows.  Controls are easy and standard for third person perspective (WASD, mouse) and translate well between 3D and 2D play.  Anywhere there is a shadow, the shadows can be entered which makes gameplay and puzzle solving that much more dynamic a free flowing.  The gameplay is linear, but with enough wiggle room to complete multiple section missions in the order in which you choose and with enough freedom to hunt for hidden collectibles in each section.

The key to this game is just to dive in, toying with shadows and puzzles as you go. If you do that, you will find this is a game that will stick with you long after you have played it. 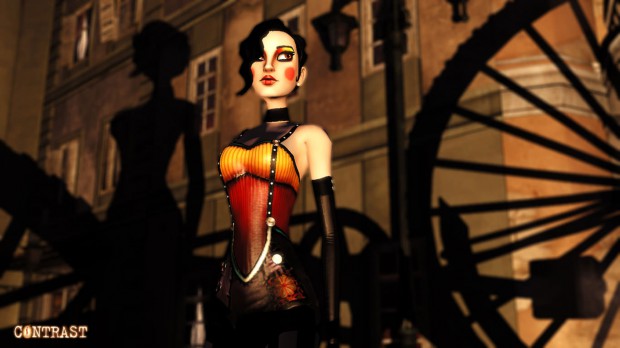 Last Call:
Contrast is an amazing game, both in its play dynamics and how its story is told with such stylized beauty.  When I first heard the name, I thought maybe it should have been called “Shadow Play” or something like that but once I started playing it I realized Contrast was a perfect name and brought the proper levity to the game it deserves.  If you like beautiful looking games with unique and interesting gameplay do yourself a favor and pick up Contrast. 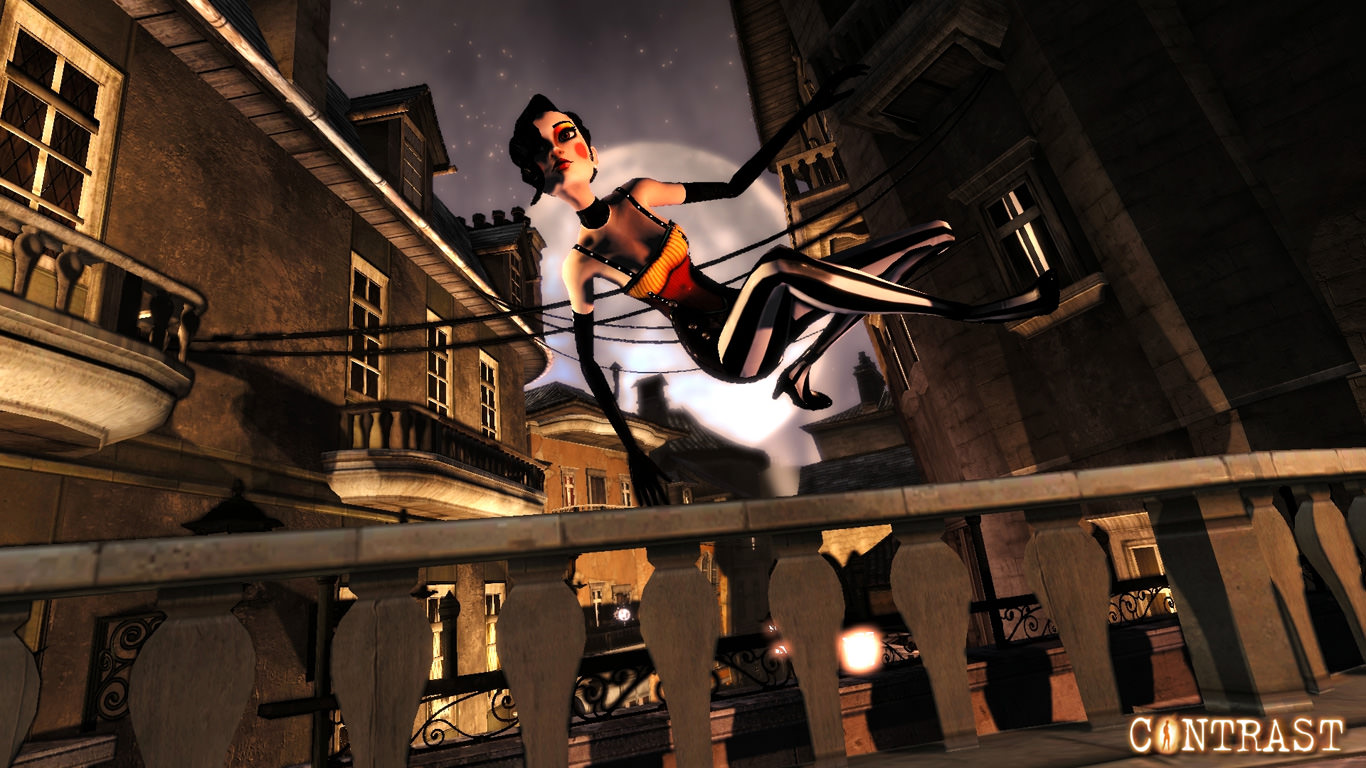 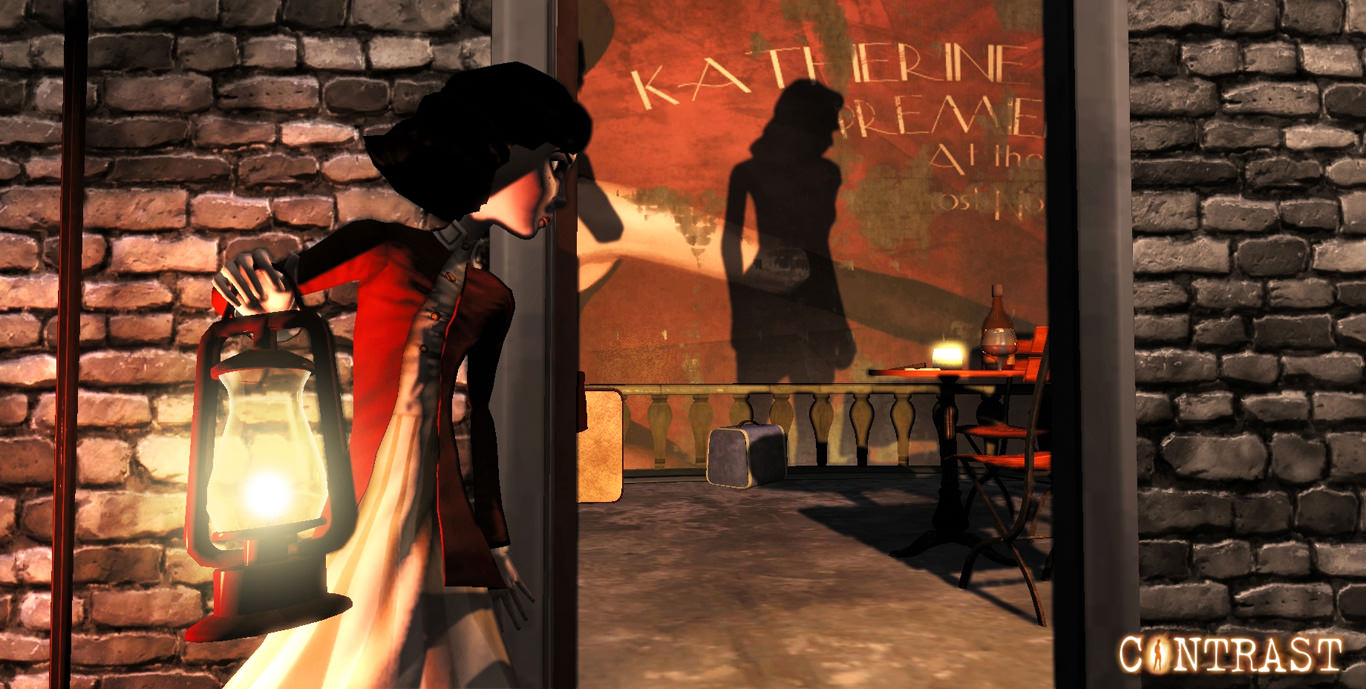 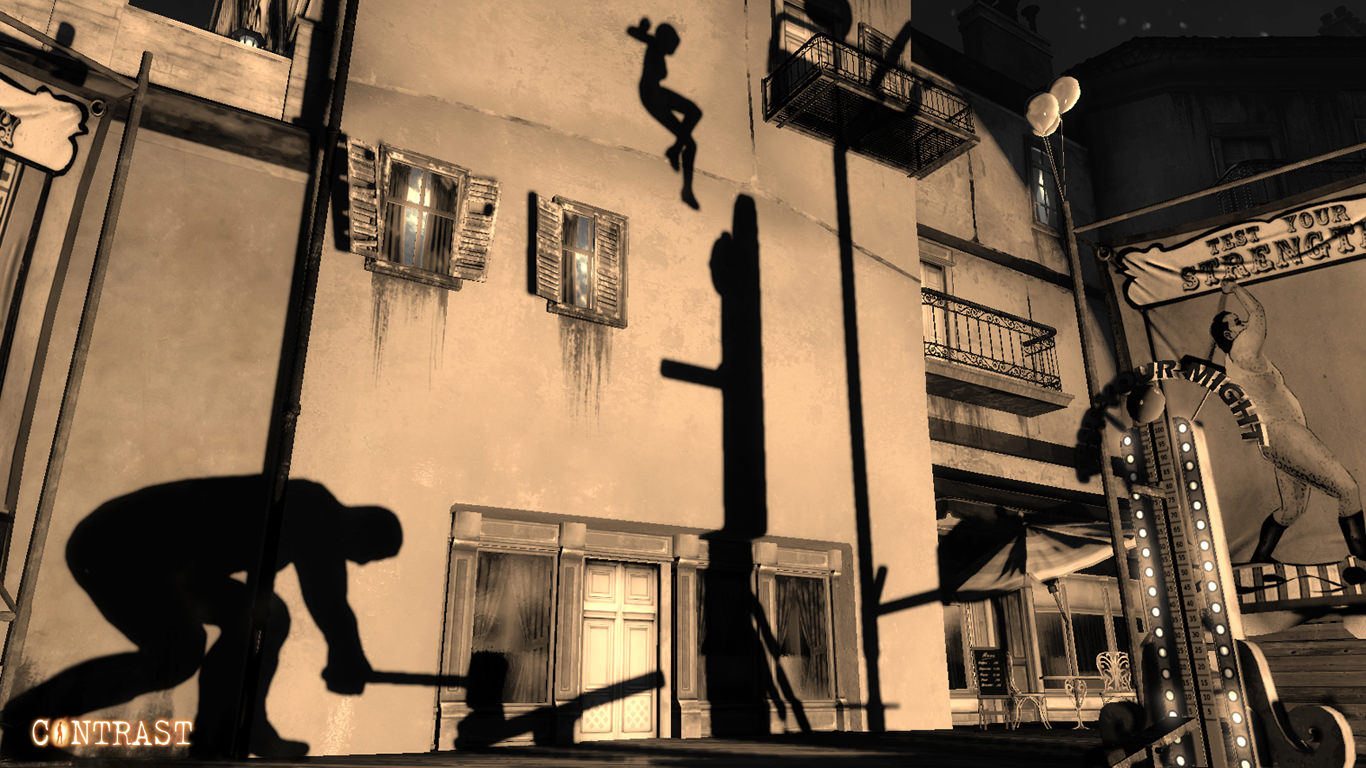 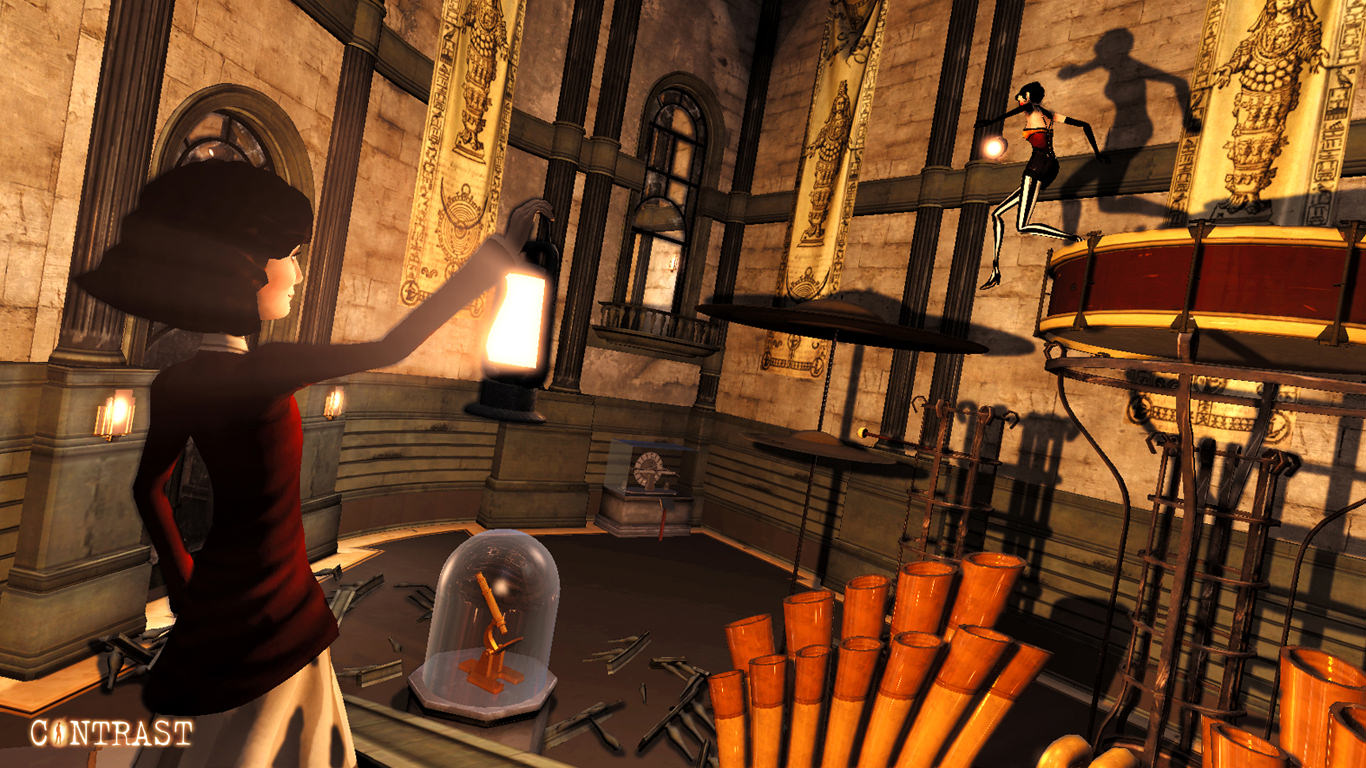 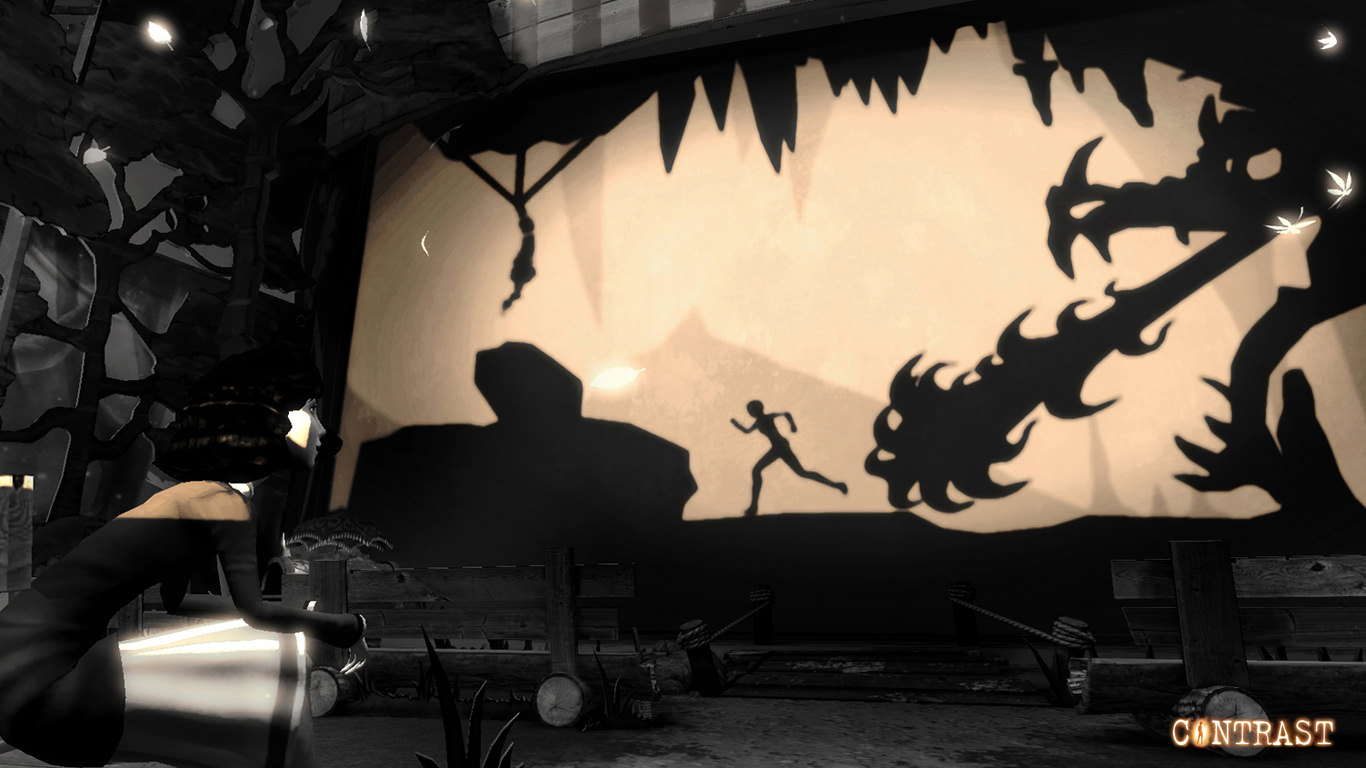 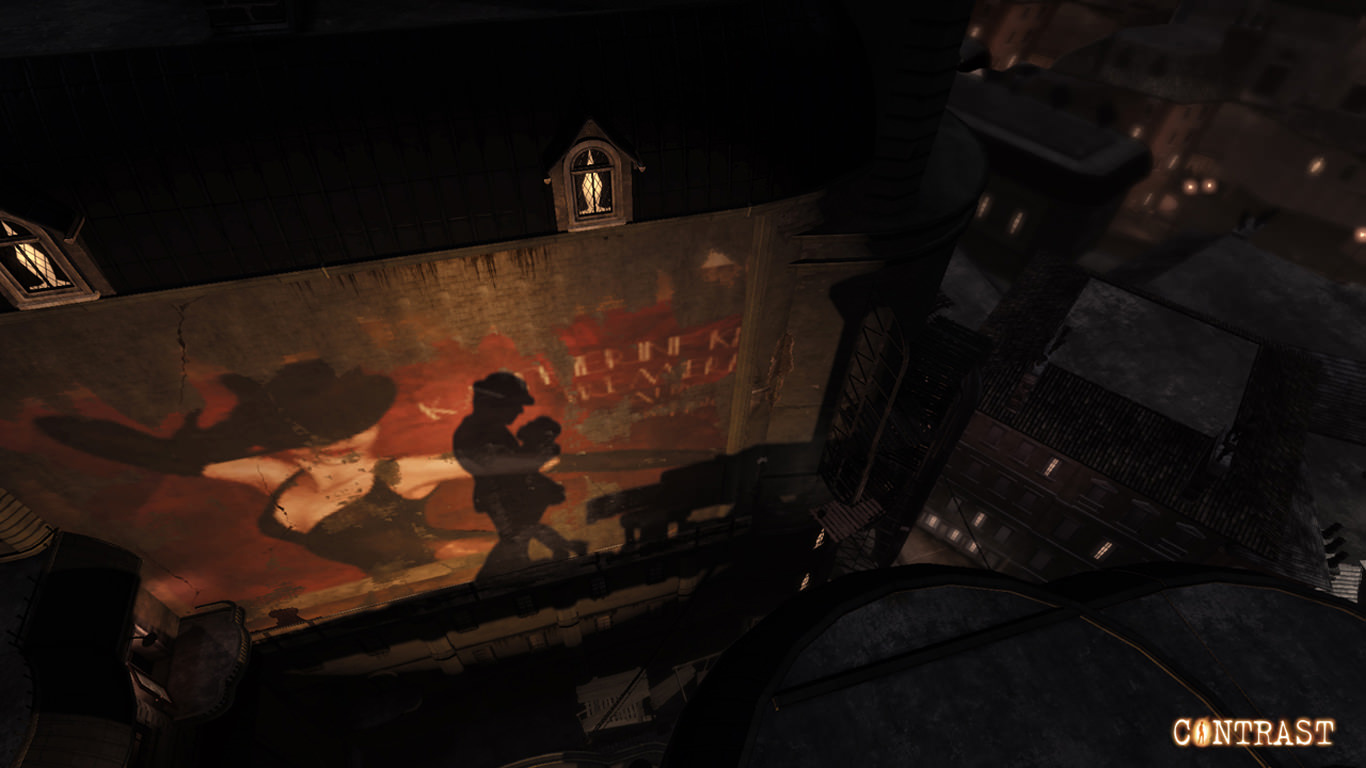 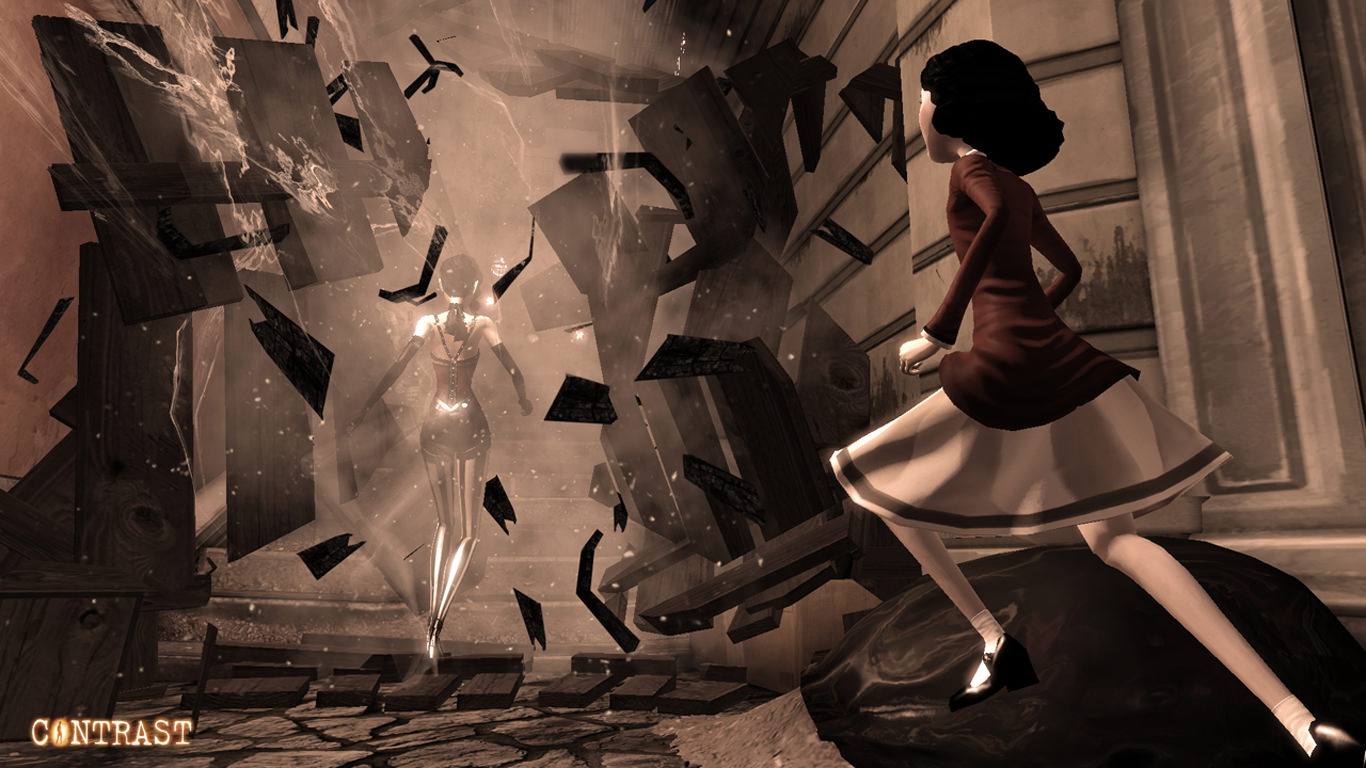 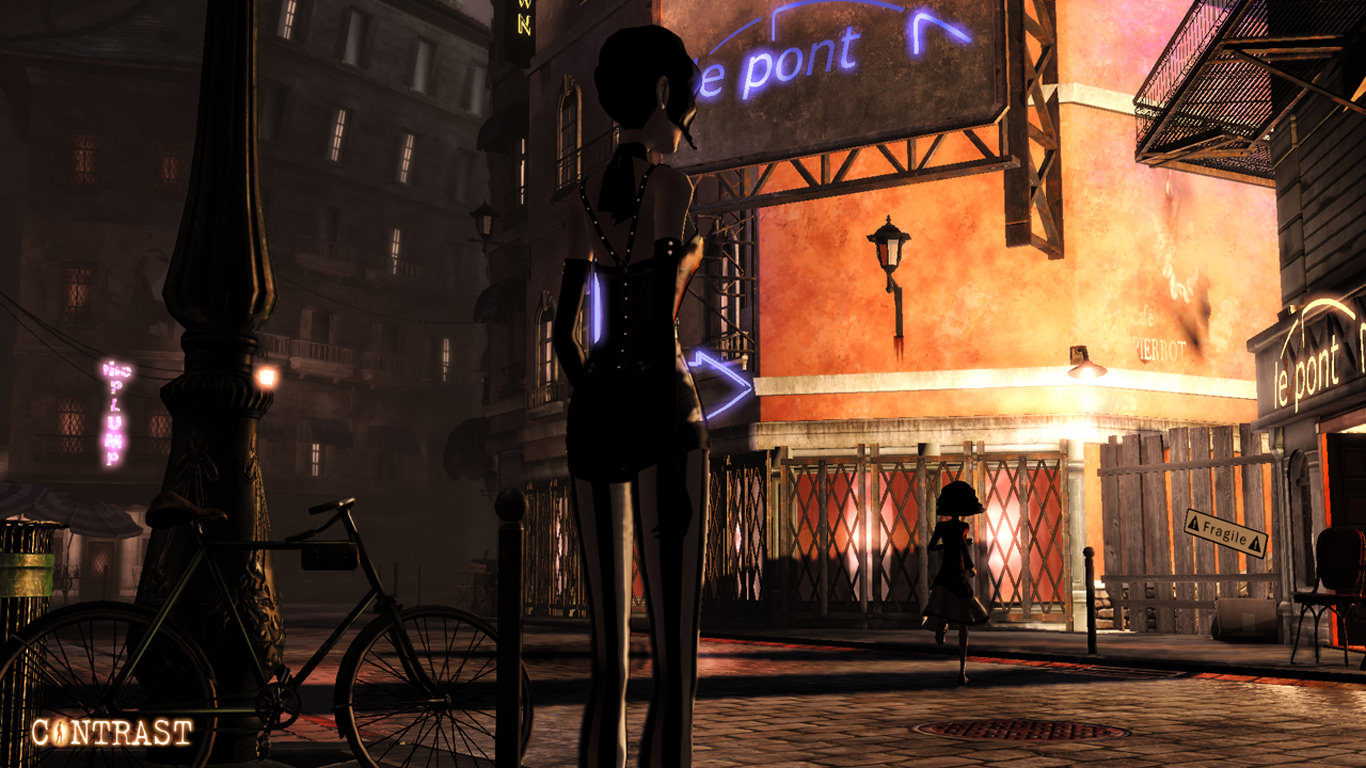 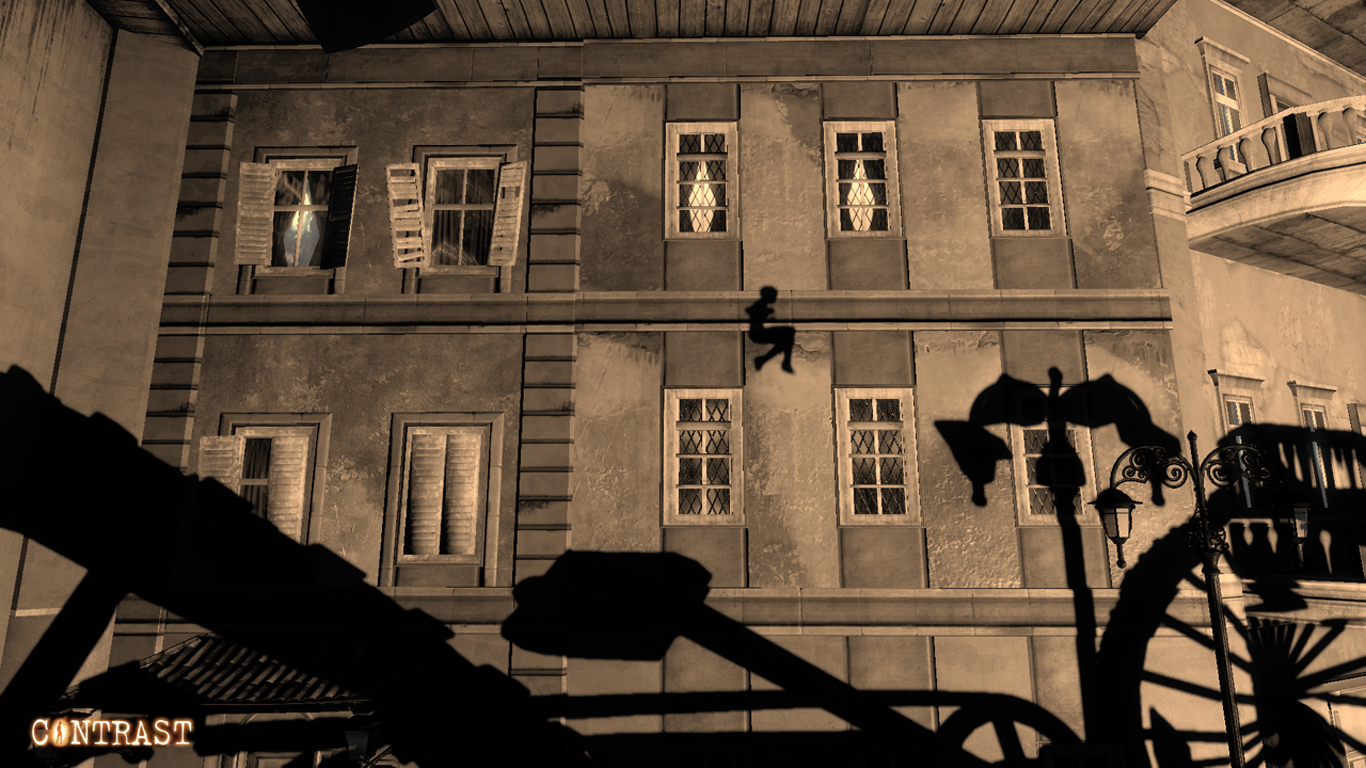 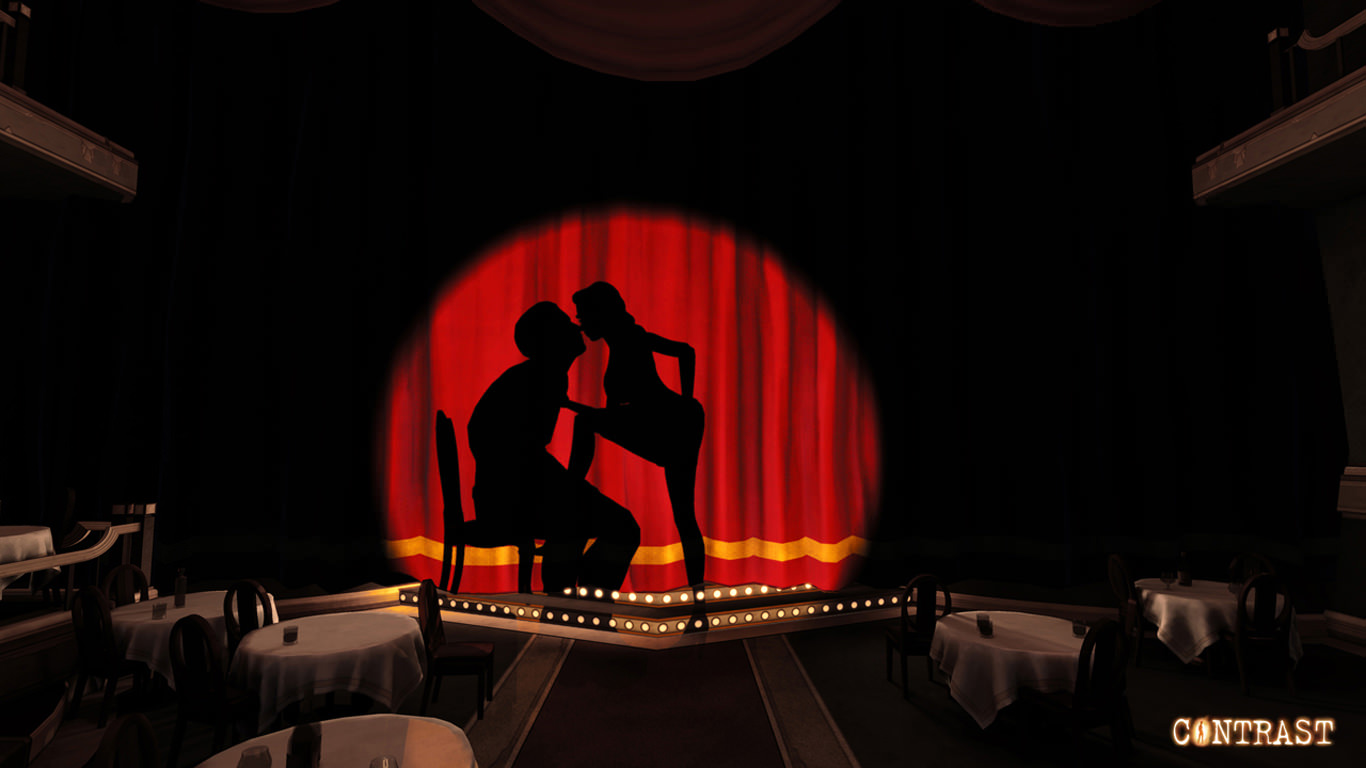 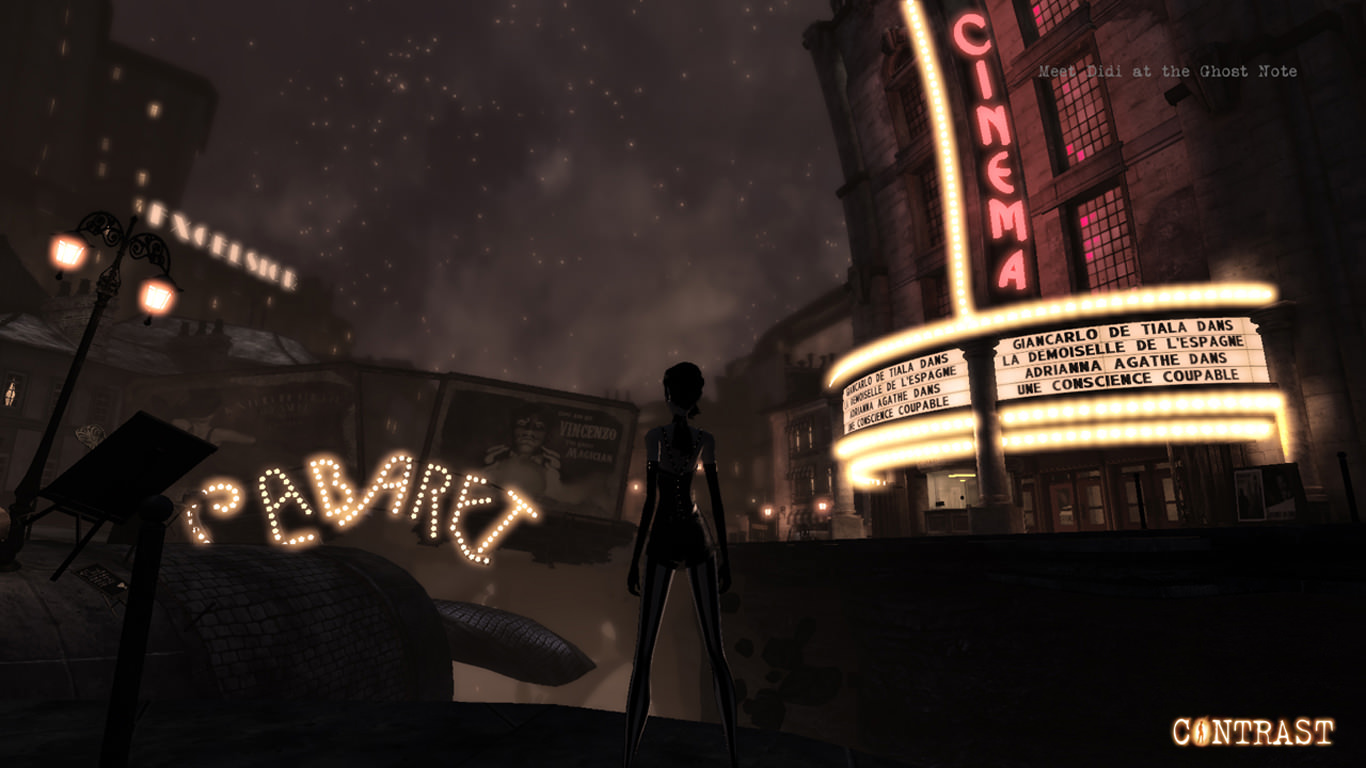 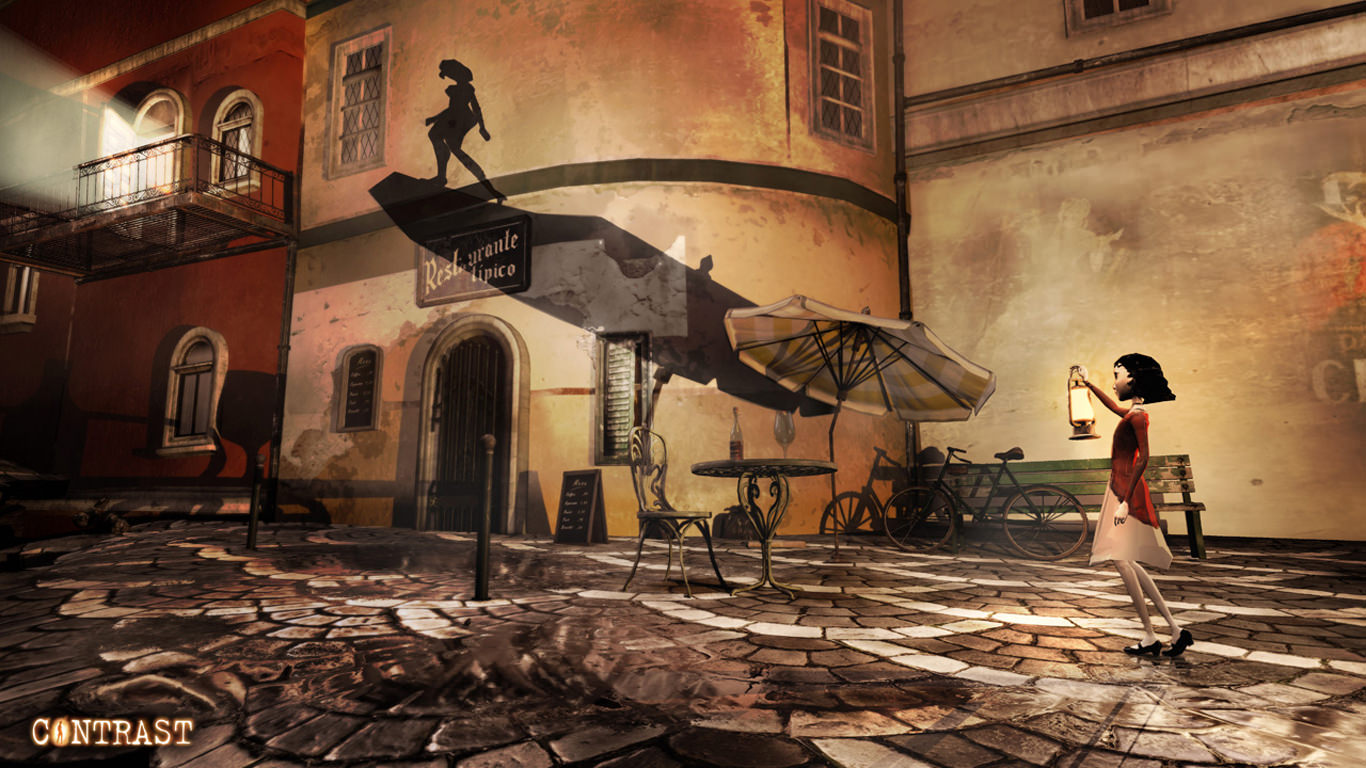 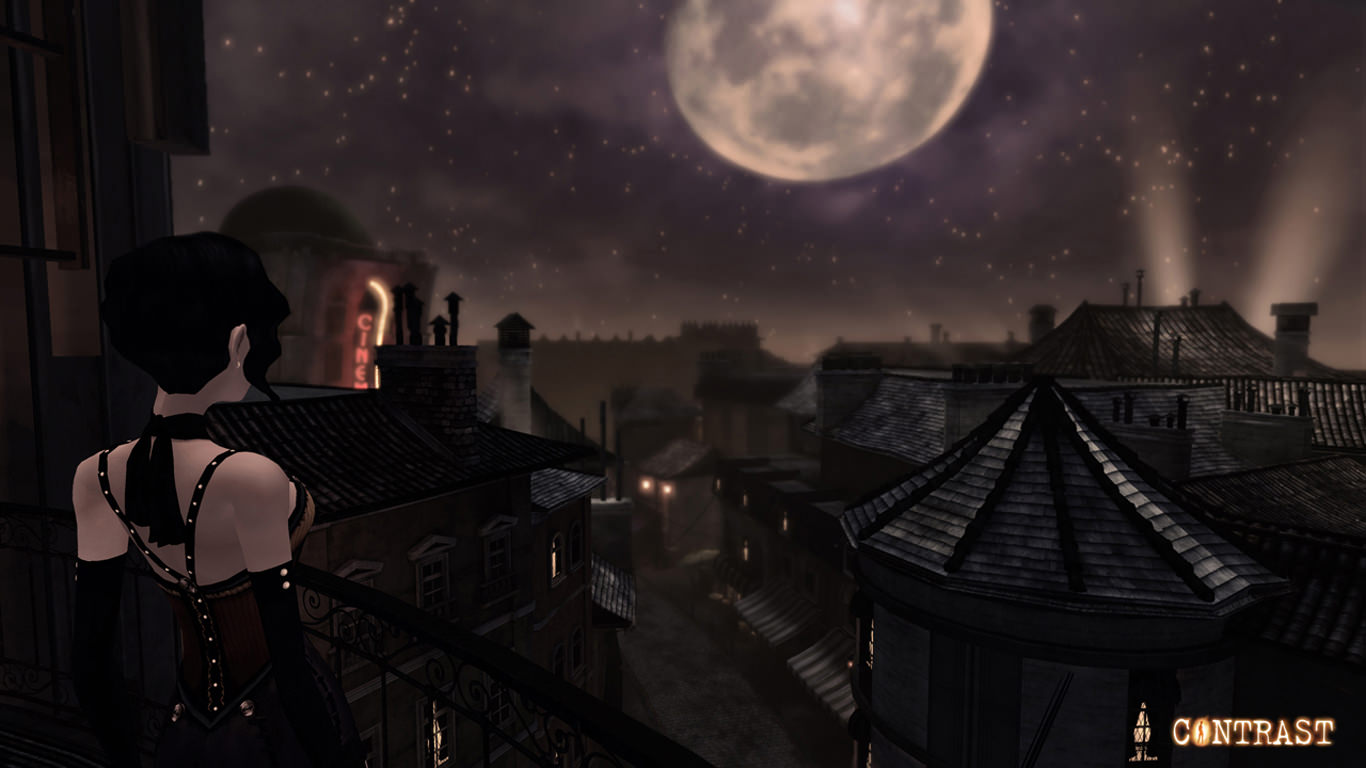