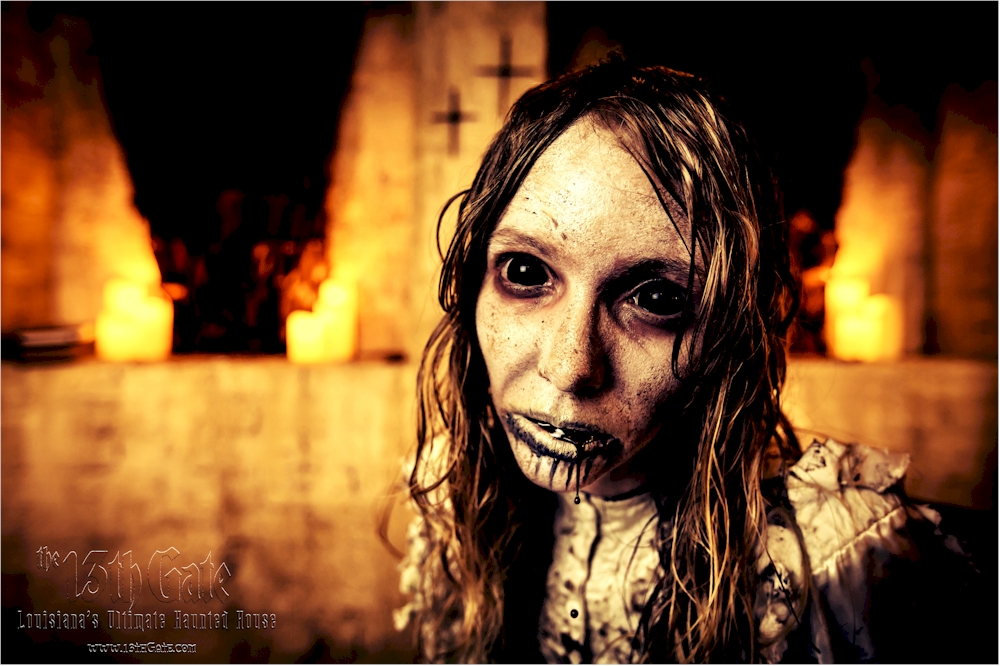 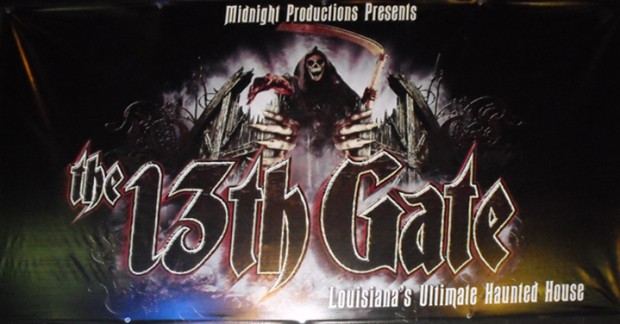 The 13th Gate Haunted House in Baton Rouge, Louisiana is one of (if not THE) greatest haunted houses in North America – perhaps anywhere on the planet. Produced by Midnight Productions, owner Dwayne Sanburn has been terrorizing people for 20-years and is nowhere near stopping. In fact, he is continuing to raise the bar and his personal standard on what it takes to make helpless victims scream in horror.

Between two haunted houses (the 13th Gate itself and the neighboring Necropolis 13), over 80,000 square feet is covered with mind-blowing special effects, movie quality settings and tastefully trained monsters. Guests are thrust into worlds of inexplicable panic and fright. Both houses are approximately 40,000 square feet per maze and take well over one-half hour to straggle through each.

The flagship house, 13th Gate, derives its name from the 13 themed areas that take place in the permanent structure, utilizing both indoor and outdoor scenes. Each scene is not limited to just a single room – on the contrary, the scenes are large, extremely elaborate and tell a unique story, exclusive to the area. For example, the first main scene for the 2013 season is a full size 1800’s-era London with Jack the Ripper and Mr. Hyde on the loose. The sets are simply awe-inspiring – the fog-filled cobblestone streets, detailed walls (these are fully-themed walls – not simply painted or vacuform panels to make the suggestion of realism) even to the fiber-optic starry sky all help to create a dire tone. The sets are comparable (if not completely surpass) those seen at major theme parks such as Orlando’s Universal Studios Halloween Horror Nights. 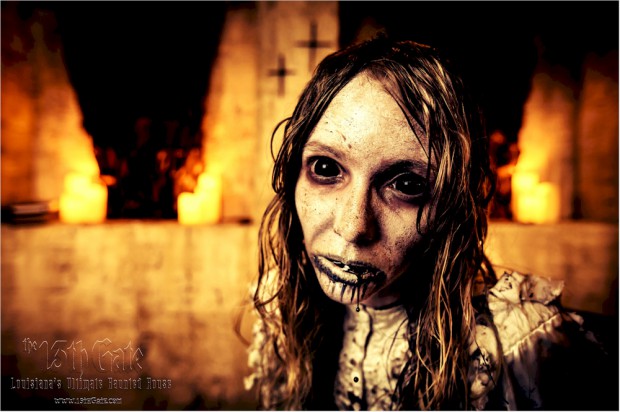 Across the street from the 13th Gate Haunted House is the three-year-old addition, Necropolis 13, which is a full size, permanent replica of a New Orleans above-ground cemetery. Guests are introduced to an incredible actress portraying Voodoo Queen, Marie Laveau, who, on select nights, conducts full “raising the dead” shows in the graveyard queue. Before losing one’s way among the 400+ crypts and tombs, guests literally walk underground into dimly-lit caverns filled with open graves, and of course, extremely aggressive zombies.

Along with the set quality, a big difference between the 13th Gate and major theme parks is the actors. The actors are very tasteful in their dialogue and scare tactics. Unlike most haunted houses where actors are either in full view and then try to aimlessly lunge and/or yelling silly and useless one-liners (how many times do you really need to hear a grungy actor scream “GET OUT!” in your ear during a Halloween season? It’s typically more annoying than scary), the 13th Gate monsters are absolute experts in how they execute the scares. If any dialogue is presented, it is used as interaction with the guests and completely in character (for example, while navigating through the London streets, the actors speak with authentic Cockney accents while setting-up scares). Very little use of noise makers were used by the actors – they rely on their timing and hiding placement to scare the living daylights out of people. 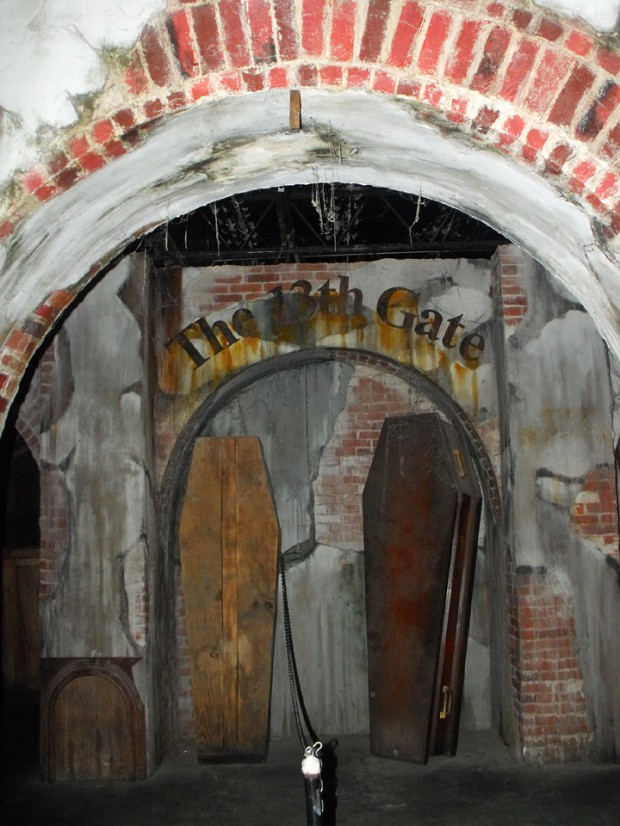 Over three-hundred actors auditioned for roles at 13th Gate this year and only 180 of the most effective were hired. The entire crew consists of over 200 dedicated personnel that bring both haunted houses to life. The look of the actors is headed by makeup artist, Blaine Quam, who takes great pride in creating the nasty creatures. Between the talent of the actors and Quam’s passion in ensuring the quality of the look, the monsters’ presentation is at a top-notch level.

According to Sanburn, over one-third of the 13th Gate is changed each year to create surprise and repeatability to the attraction’s die-hard fans. Instead of providing a play-by-play on what 13 themes are inside the 13th Gate and every zombie or vampire hiding behind the New Orleans tombs in Necropolis 13, it is perhaps best to simply recommend you attend this event. If you find yourself each October skimming the Internet to find the best haunted attractions in your area, please do yourself a favor: Include the 13th Gate on your bucket list of things to do while celebrating Halloween – you will not be disappointed. There is good reason this attraction continues to be voted as number one – because it probably is.