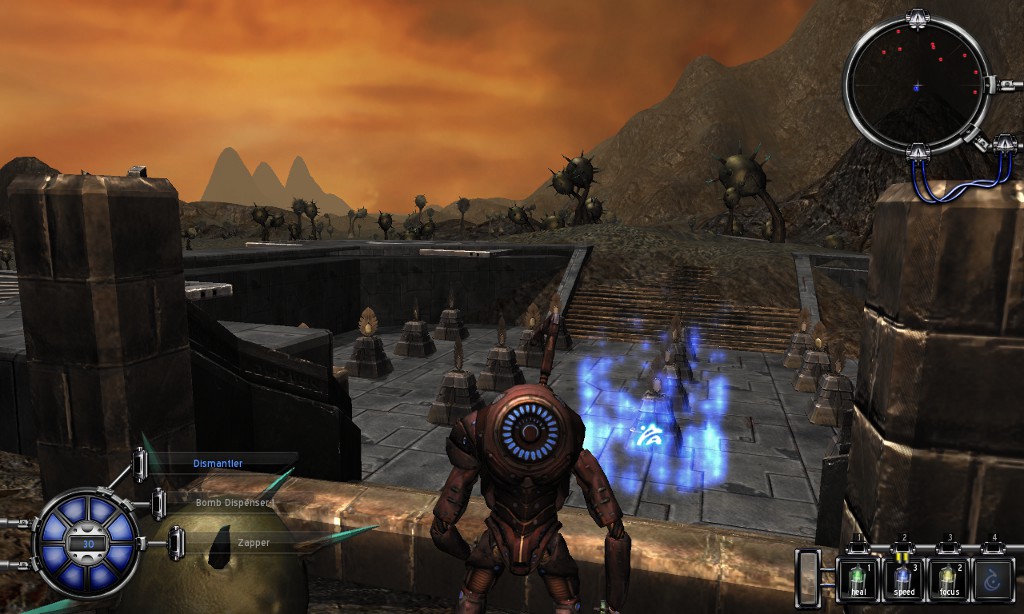 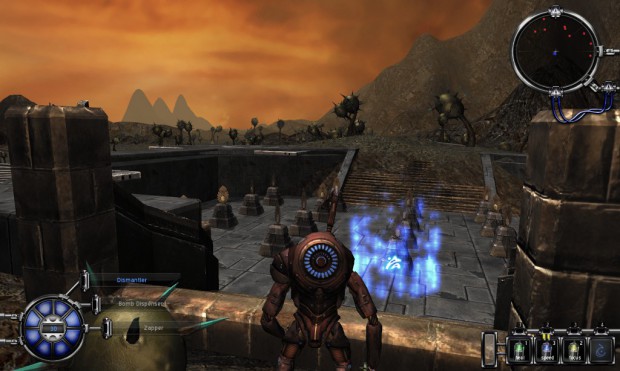 Firedance Games has released a new indie space adventure game, named Salvation Prophecy. In Salvation Prophecy, you will lead one of four galactic races towards total conquest of the galaxy through a series of different styles of battles. Game play can be broken up into three genres: third person shooter, ship to ship battles, and strategy. The issue with Salvation Prophecy is that the game feels disjointed and comes off as trying to do too much with what it has. I would have rather seen the developers go with a single game play focus and truly fine tune that aspect, then give us three almost incomplete styles of game play.

The story of Salvation Prophecy evolves over the progress of the game, but begins with the player choosing one of four races to control: Salvation, Drone, Free Nations, or Wyr. Each faction has their own style of combat and story elements. The Salvation faction is a race of mutated humans, fanatically devoted to a prophecy while the Drones are automatons that have rebelled against their former masters. There is a tint of humor that is generated in your conversations with other members of your faction, especially in the Wyr campaign. While I love a game that can make me laugh, it feels a little more than out of place in Salvation Prophecy. I can’t really tell what tone the developers were going for in this game at times, and that does affect the story elements for me. Later in the game, missions do pop up that allows you to entire worm holes to explore alien worlds and finding runes that tell about the games titled Salvation Prophecy. These will lead to a larger spike in both pacing and difficulty as the game heads towards its conclusion.

What I did like about the story for Salvation Prophecy was that it took an unexpected turn during the last portion of the game. The player must change focus from conquering the other factions of the galaxy, to preventing a fifth group from total conquest. Salvation Prophecy seemed to pick up the pace once this fifth faction enters the game, it is unfortunate that the story and game play that leads up to this event is just mediocre at best.

Salvation Prophecy’s game play switches between three different styles: third person shooter, ship to ship space battles, and the strategy component. You begin the game as a lowly grunt of your chosen faction, entering into boot camp, aka the tutorial level. You are then released into the greater struggle for galactic dominance by invading other planets that are controlled by one of the other three factions. On these planets, you participate in a infantry level battle against your foe, using ranged and melee attacks to wipe out your enemy. My first impression of these battles was that it felt like you had personal control over a single unit of a real time strategy game. However, the game play of these battles really boiled down to you not rushing in and taking on too many opponents. The battles to evolve over the course of the game, allowing for more units to enter the battlefield, but I never got the feeling that my presence there was making much of a difference. I could just hang back a bit and blend in with my fellow soldiers to take everything down.

The space battles offer a little more thrill, but even those end up being simplistic once you figure out your limits. I was truly hoping for some epic dogfights, dodging and chasing enemy aircraft amid larger space cruisers, battling it out for supremacy. However, the artificial intelligence of the enemy space craft won’t dogfight with you, they will simply turn tale and run if you engage them. That leaves the space battles being more about chasing down running enemies, then engaging them in epic combat. In a similar vein to the ground battles, the space battles only become difficult if you get in over your head, so if you pay attention you will not loose your ship, or your life. 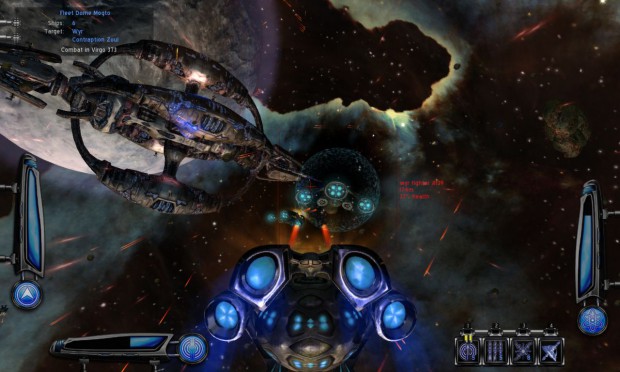 The last game play element is the commander stage, a strategy style element that allows you to conquer worlds and create missions while building up your own troops and resources. While this sounds exciting, my main complaint here is that I never once felt that any decision I made had any lasting effect. Every time I would conquer an enemy world, they would almost automatically retake it, giving me the feeling that I had no way to defend myself, nor make any real progress to the game. Resources come in so fast that you will never run out of them, but regardless of how many troops you have or send out, you will never really feel like you are making much progress.

Like most indie games, Salvation Prophecy did not have a lot of budget for the most up to date graphics or sound, but what is here works for the game just fine. The graphics are not gorgeous in any sense of the word, but do get the job done. The space battles are interesting to look at, and the ship models do make it easier to tell friend from foe during these battles. The design of the four factions are interesting enough, even though the animations for the models don’t flow as well as I would have liked. My biggest complaint for the graphics is the melee animation for the models, due to the fact that I never get any indication whether or not a melee strike actually hit a person. I would have loved to have some sort of hit animation to help give me an indication whether or not I hit, instead of just having to watch the enemies’ life meter decrease.

The sound and music do a decent job in telling the story well enough, without being a soundtrack that I want to listen to over and over again. The voice actors do a good job in emoting their characters without being too over the top, except when called for by the story’s strange sense of humor. Really, all I can say is that the sound does the job without getting in the way of the game, nor really being memorable.

Salvation Prophecy is a game that tries to do a lot of things in one game, but unfortunately does not do a single one of them well enough to become a great game. The battles are interesting to be a part of, but never really gives the player a feeling of actually contributing to the overall outcome. All you have to do is play it safe and watch where you run, and you will be fine. The commander section of the game is a nice change of pace, but again, the player never truly feels like she is impacting the overall conquest of the galaxy since your colonies are overrun just as quickly as you set them up. Salvation Prophecy’s strength is in its price point, set at about $20. For that price, you do get a decent space adventure game that can be fun if you overlook some of the details. All in all, Salvation Prophecy does a decent job, without really excelling at anything.