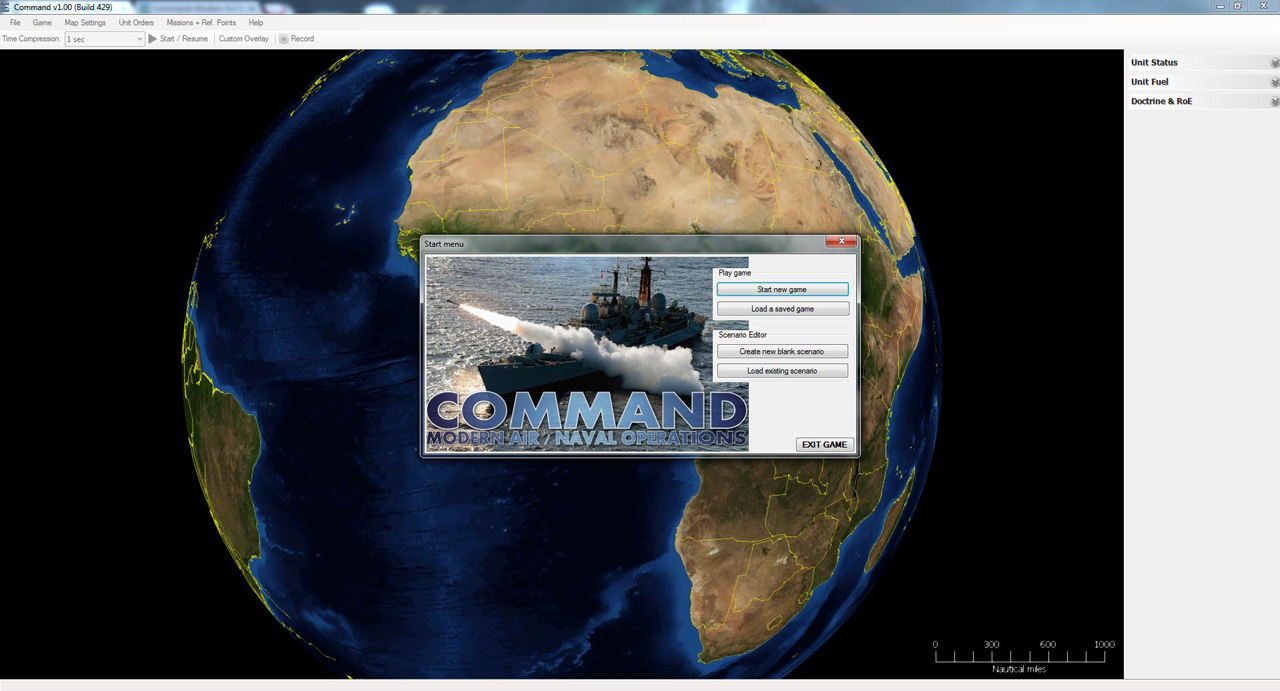 Arlington, VT, October 08, 2013 – Just two weeks after its arrival, which set a new standard in the modern naval/air warfare simulation games genre, Command: Modern Air/Naval Operations is about to get even better thanks to the v1.01 Update provided by Warfare Sims (www.warfaresims.com).

The v1.01 Update fixes virtually all consistent crash bugs and AI bugs (vastly reduced airbase traffic jams, no more “my bombs aren’t dropping”). It also features a massive performance increase, both for UI (map zoom/pan) and sim execution (which in turn means even better scalability). Also the high-fidelity mode (0.1 sec pulse in real-time) is now optional instead of mandatory so Command runs great even on low-spec machines – and screams on capable rigs.

This first update contains also enhancements in the UI and the Data Base viewer and improvements in the Scene Editor and in the Simulation mechanics.

For a full changelog, visit the dedicated Forum Page.