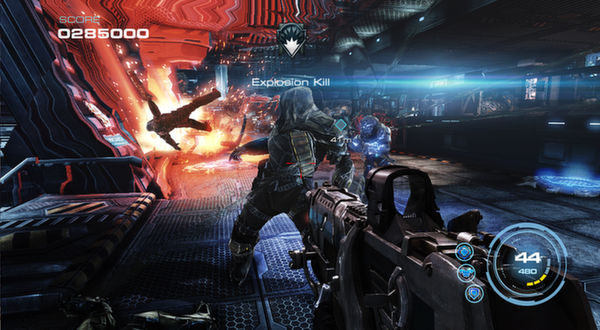 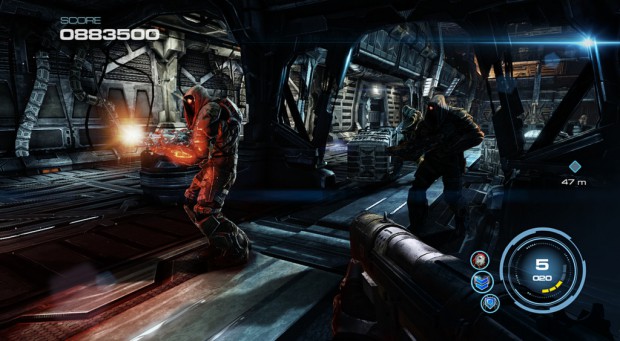 This is the travel season for me, big time.  Over the month of October I am on the road more than I am at home which means little time for games and a lot of time nursing sore body parts.  During these times, a certain kind of game can come along that is pretty much perfect for airport layovers or long coast to coast flights.  While my wounds are recovering, putting the hurt on vicious aliens is the perfect medicine.  So, when Alien Rage Unlimited came along on Steam, I knew exactly what I would be playing during my minimal amount free time.

Description:
Unleash a fury of powerful weapons as you blast your way through armies of Alien forces hell-bent on taking you down! Battle through 14 intense levels and prepare to face a barrage of beastly-sized bosses that will test your every skill. Each of your 10 weapons comes with two firing modes and you’ll need all of them! Battle hardened Alien forces will attack you from every direction using various flanking and attack moves. Built with powerful up-to-date graphics technology, awesome physics, destructible environments… experience a truly intense, oldschool styled shooter game!

Hands On:
There is a story behind the game and why we are fighting these aliens, but it really comes down to why we usually fight aliens in games like this. We both want the same piece of real estate and we are crappy at sharing.  The story is told through cutscenes and audio logs, definitely set up so that a player who wants to enjoy the tale can. On the other hand, the player that just wants to blow stuff up and build a body count can do that too.  With that in mind, we are given all kinds of weapons to waste alien scum and blow them back to where ever they came from.  Alien Rage is a classic run and gun FPS designed to provide intense challenges for even the seasoned player.  There are plenty of enemy forces waiting for you at every turn, cover can be hard to come by and these aliens know how to shoot.

Graphically, Alien Rage is a beautiful game with plenty of detail that allows you to get shots off at those hard to see snipers.  Explosions are intense and very satisfying as you watch enemy bodies go flying, giblet-style, all over the map.  In fact, the giblet count reminds me way back in the day when Raven Software released the original Soldier of Fortune game. Good times… Anyhow, headshots result in slumped over corpses pouring lava-like blood out their neck holes while the sound track pumps away like club music on speed. Additionally, the game’s sound effects rock with all sorts of explosions, ambient effects, and weapons fire.  The aliens get progressively tougher and you find yourself clinging to what little bit of cover you have more and more after a while.  It should be noted that the game’s boss battles usually involve some decent strategy and even experienced players should expect quite a bit of playtime before they have one beat.

Last Call:
If you like a challenging first person shooter then Alien Rage Unlimited is definitely the game for you.  It has great graphics and sound, it has tough enemies and as much story as you want to enjoy or skip.  Weapons are satisfyingly strong and you get to blow up and/or dismember aliens which can be very refreshing after a long day of work or while waiting for your plane to start boarding.  The only problem is it can be addictive and bring out the “one more level” aspect in players who need to get going.