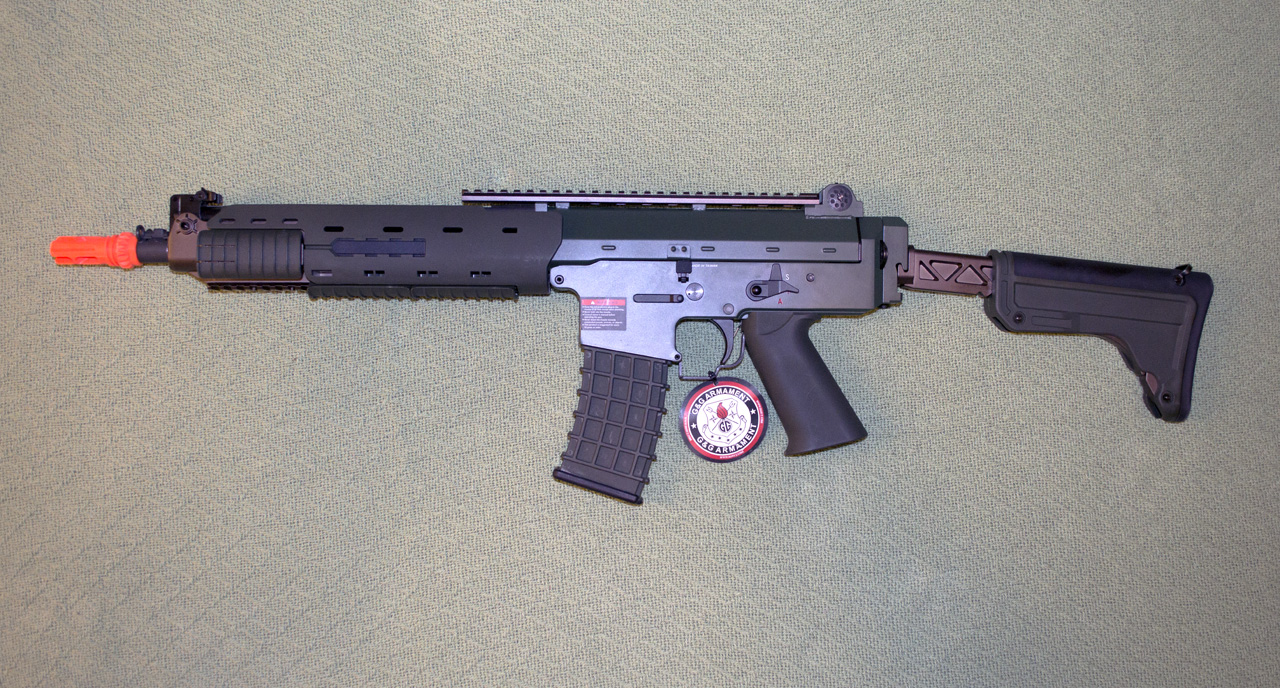 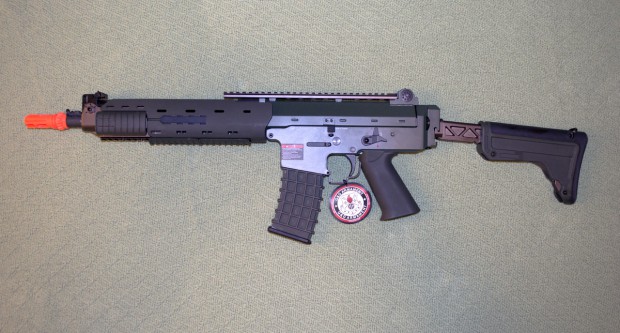 G&G’s GK5c GL airsoft electric gun is a replica of the Swedish AK 5C, their new carbine which has been dubbed by some as the “SCAR killer”.

An important thing to note is that this airsoft gun could be too heavy for some. In fact, it is very close to the weight of the real steel firearm. The actual AK 5C weighs 9.92lbs loaded while the weight of the GK5C GL is 9.01lbs while loaded! This is some very impressive attention to detail on the part of G&G. Another cool features of this AEG is the charging handle. Unlike most airsoft guns, where drawing back the charging handle feels like handling cheap tin, the GK5C GL’s charging handle actually feels somewhat “weighty”. Also, releasing the bolt provides a very satisfying clank which would make anyone using it smirk. Additionally, the GK5C features a large trigger and trigger guard, making the airsoft gun no problem to operate while wearing gloves. The fire selector switch is also ambidextrous, so both right and left-handed shooters should be able to reach it easily. Of course, the magazine release is on not ambidextrous, so left-handed shooters will need to account for this.

Much like the real AK 5C, the G&G airsoft version’s weight definitely rests more towards the barrel. While this can help a real firearm remain more stable while being operated, in airsoft it really doesn’t help anything except to fatigue the user. Also, the multi-position stock is able to fold away for more compact usage. Another fun fact about the GK5C’s stock is that it angles downward, which forces the bore of the gun to be more inline with the user’s line of sight. I love rifles that have this kind of ergonomic and find that it definitely helps my aim while wearing a face mask. 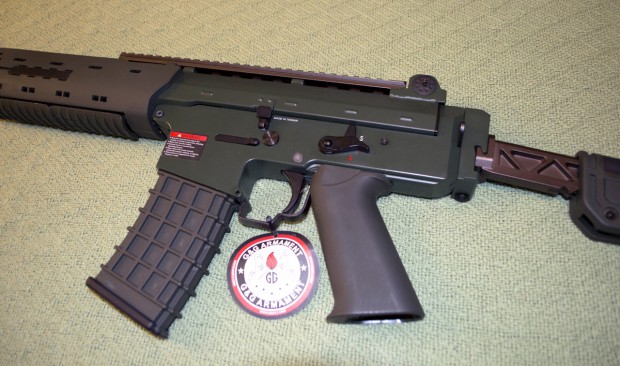 G&G has included a 330 round hi-cap magazine in the box which features a “waffle” shape indicative of the real steel magazine. Also of note is that the battery compartment, located within the handguard, has a very easy-to-open latch making change batteries on the field no problem at all. Out of the box, our gun was shooting around 390fps with .20g BBs – perfect for most outdoor airsoft fields in Southern California. Additionally, the rifle is very accurate and we have to mention that G&G’s internals are mostly-upgraded on this gun – from the “Top Tech” G&G gearbox to its high torque, G&G long-axis motor. The gun exudes positive build quality and “tacticool” appeal.

Overall, we are awarding G&G’s GK5C GL airsoft electric gun a 5 out of 5 stars for its accurate reproduction of the real steel firearm as well as its rugged build quality, high performance, and accuracy. 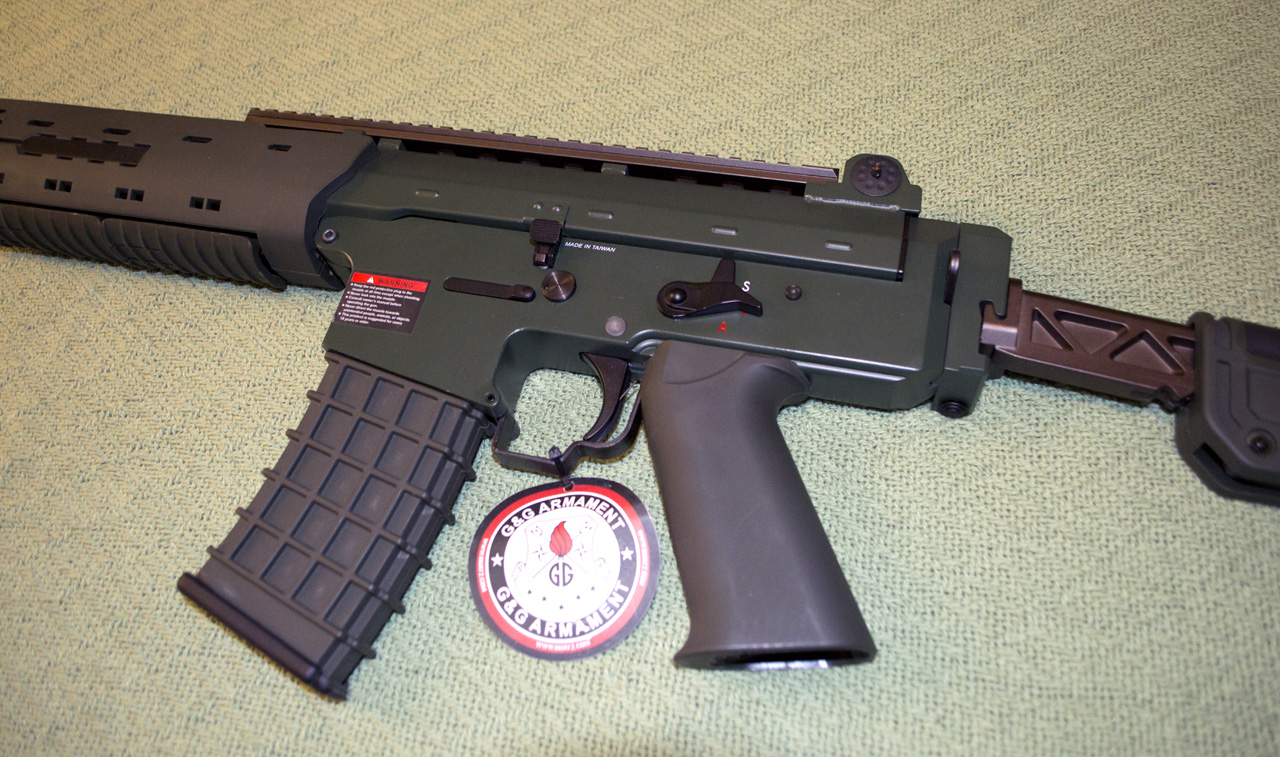 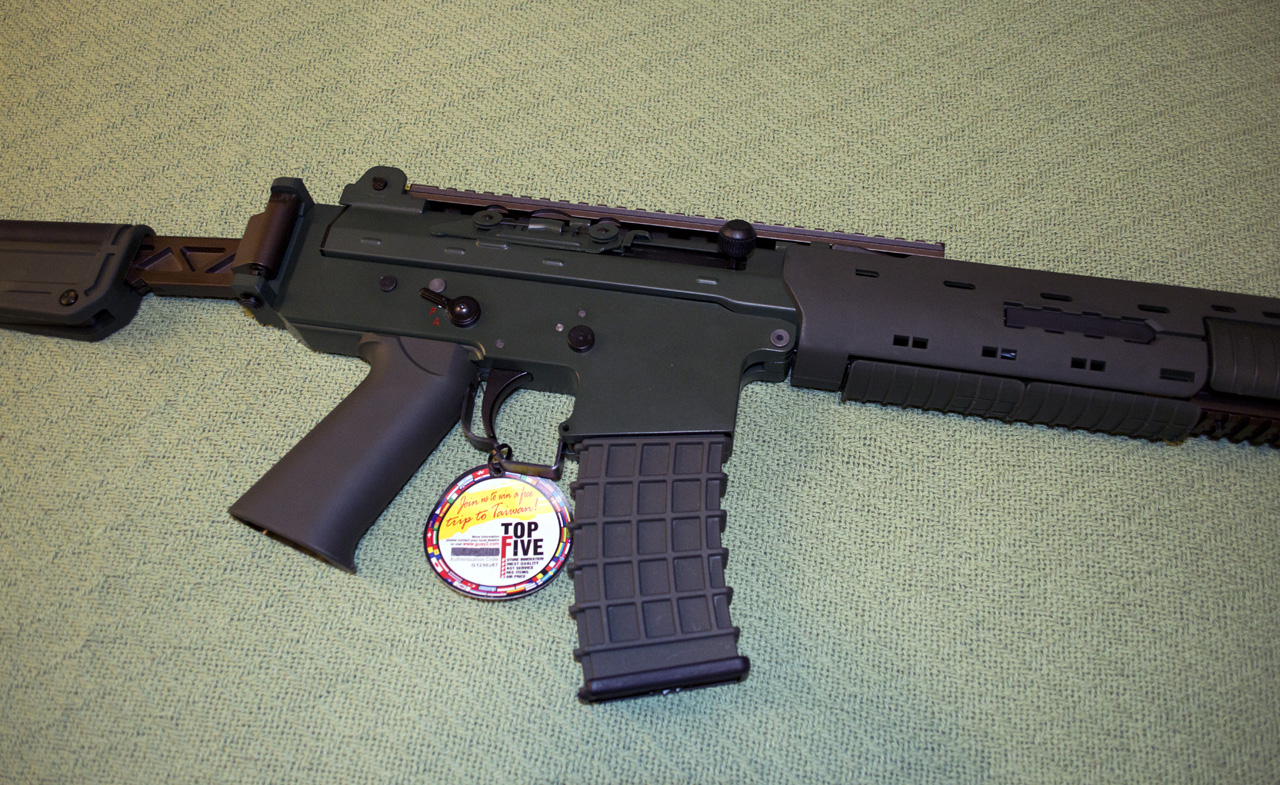 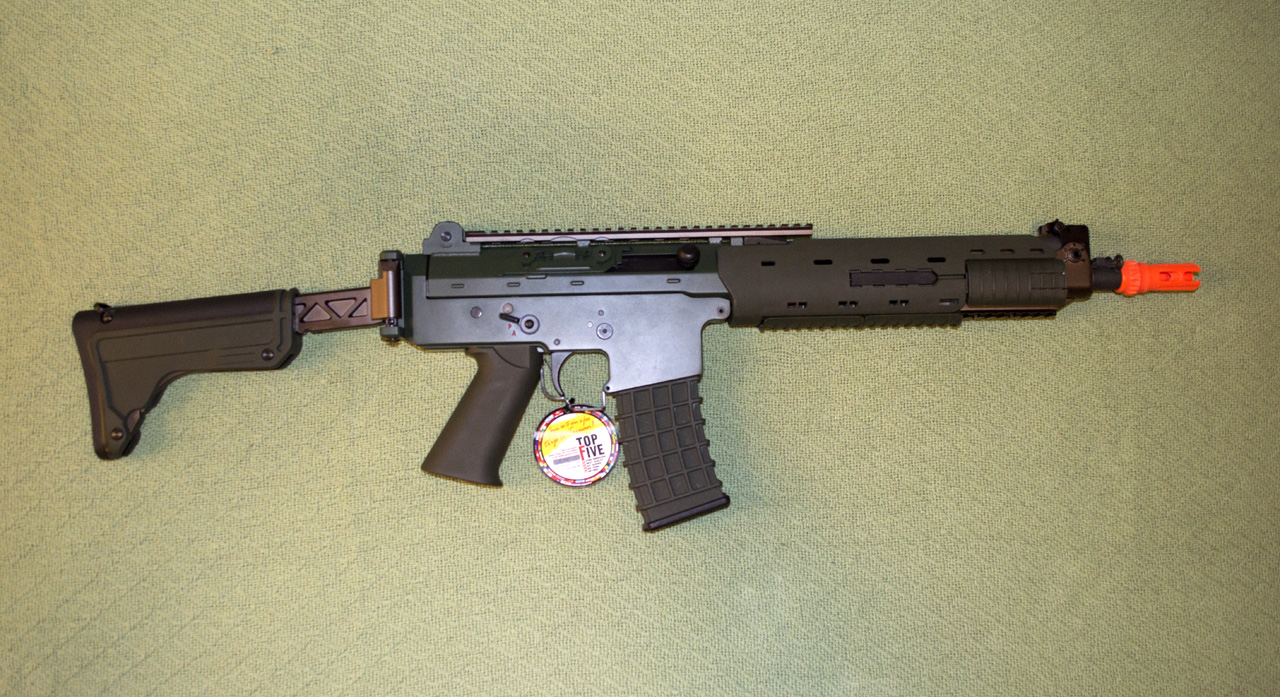