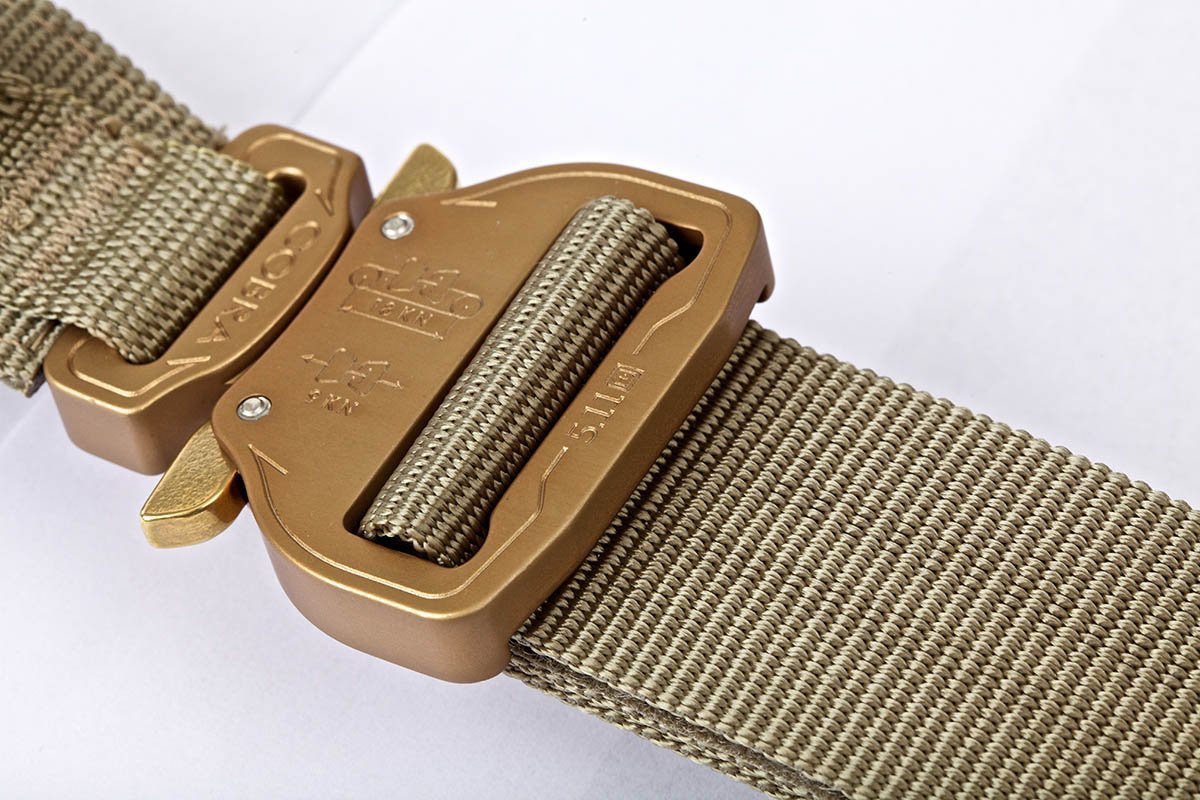 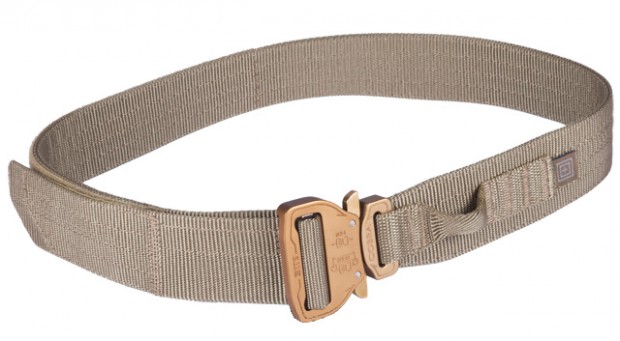 The 5.11 Tactical’s Maverick Assaulter Belt has made some waves in the airsoft community, where a good TAC belt is hard to come by. Many low-end equipment-makers prey upon unsuspecting airsoft players with low prices and high promises. The airsoft player will use the gear a few times and find it already has tearing and wear marks. The Assaulter’s Belt from 5.11 Tactical, however, is the real deal – literally, as 5.11 Tactical makes actual duty gear. What this means for the airsoft player is that, while their prices are high, the quality is very good and able to take some serious punishment.

The 5.11 Tactical Maverick Assaulter’s Belt comes in two color flavors: Black and Sandstone, and in multiple sizes. One of the more unique features of this belt is its overall shape. If looked at from the side, the belt actually has a slight chamfer to it. This is to mold itself more naturally to the shape of the human hip. The end result is a very contoured and exact fit which sits on the user’s hips. 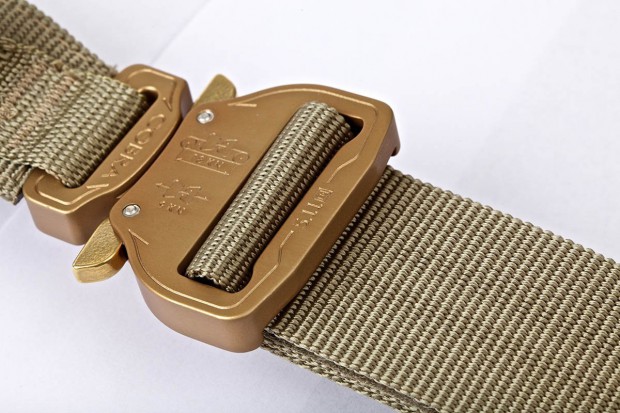 Its made from very strong nylon and features a hearty AustriAlpine “Cobra” buckle system. This buckle system is very reliable, and can only be unbuckled by pressing the two tabs. I got the chance to use the Maverick Assaulter’s Belt through several games over the course of two days of play in very rugged terrain. The belt’s Cobra buckle held tight and, thanks to the “fit and forget” strap system, never lost its sizing – unlike less expensive, BDU style belts that I have used and have to adjust throught the day as I move about. The biggest drawback I found in this belt was that it did not fit through some of the belt pads I have due to the shape and size of its buckle as well as loop. I had to force it through the 5.11 Tactical VTAC Brokos belt, MOLLE segment by MOLLE segment. Eventually, however, it did get through to the other end.

The nice thing about pairing the Maverick Assaulter’s Belt with the 5.11 Tactical VTAC Brokos belt is that they both have that 5.11 Tactical belt chamfer I mentioned earlier. This means that they wont bunch up strangely as their form follows each other’s basic shape. Additionally, I am excited to try this Assaulter’s Belt with the new HSGI Sure-grip Padded Belt that we have coming our way to review. My hypothesis is that the two products would compliment each other very well. 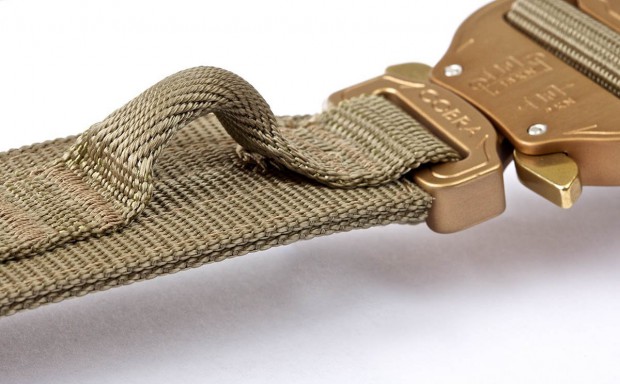 Overall, I have found the 5.11 Tactical Maverick Assaulter’s Belt to be more than up to the task of getting me through long-engagement airsoft games in rugged terrain. The belt retails for about $90 dollars and is available now over at Evike’s website and other retailers. While more expensive than traditional BDU and pad belts, its durability and reliability makes up for the cost in spades.