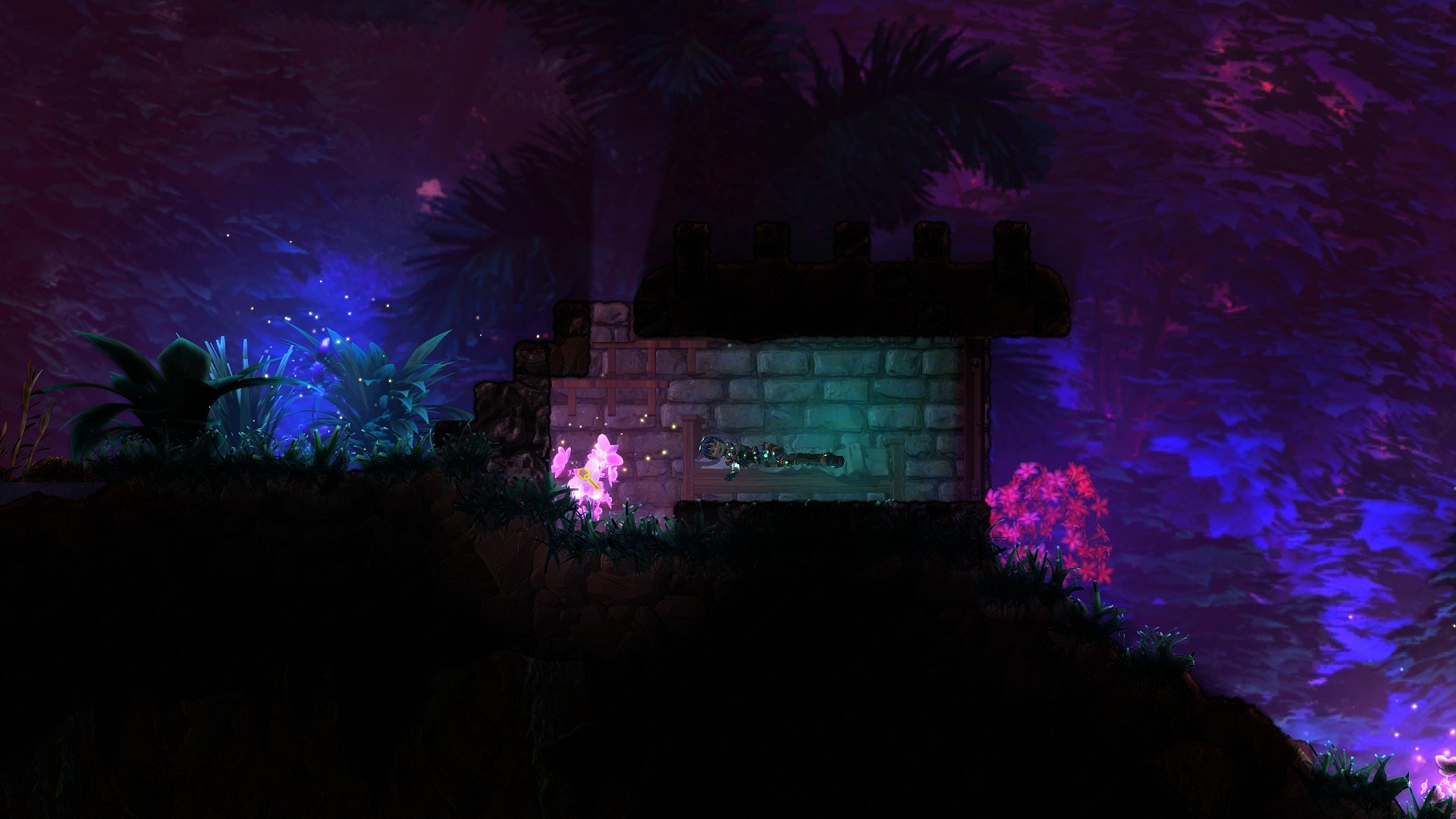 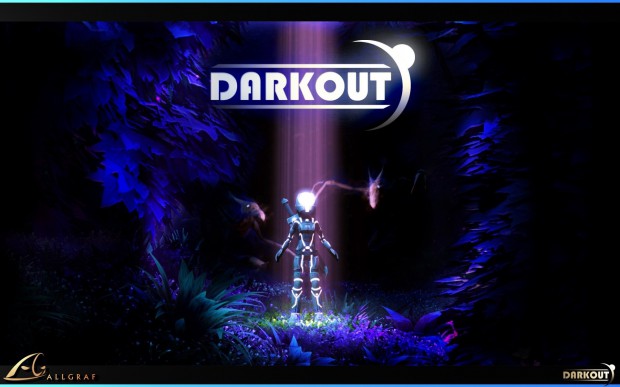 Desura games has invited us to participate in the beta test for their upcoming science fiction sandbox game, Darkout. For those of you out there that have played Terraria, you will immediately notice that Darkout borrows a tiny bit of its game play from Re-logic’s game. Alright, let’s be honest here – Darkout followed Terraria down a dark ally, hit it over the head, and ransacked Terraria’s pockets for all of its game play. The major difference between Darkout and Terraria, though, is that Darkout looks fantastic. Being thatDarkout is still in open Beta, we did experience some glitches and game breaks, but these were fixed later with the recent patch. Darkout is still under development, so anything we say here could change during the course of the beta – and we hope it does!

You begin Darkout being stranded on a strange planet, having only the meager supplies in your pod to get you started. You must immediately set out to build s shelter to survive the hostile environments. Darkout, like Terraria, does not have a narrative story line that the player will follow through the game. Instead, its one that you create along the way. Your character has no on screen personality, only what you have given her in your mind. The character isn’t customizable at all at this point, but Desura has said that they are working on different skins for multiplayer gaming.

My frustrations with Darkout began immediately. Having never played the game, I decided to run the tutorial to figure out how the game works. Following the on screen instructions via a text box, I was able to collect my immediate supplies and move to build my new home. During this process, I was constantly attacked and killed by these shadow creatures that will appear out of thin air. I couldn’t even open my inventory or crafting menu without being rampaged by these shadow creatures. Struggling against this tide of small, dark creatures, I was able to finally build my rudimentary wood shelter, complete with doors to keep out the evil. Except that the tutorial never told me how to close my bloody doors. Right click? No, that is my axe. Left click? No, that was my torch. Chomp, chomp. There go my brains again, damn shadow creatures. Shift-click? Oh, there you are, would be nice if that is mentioned anywhere in the game! 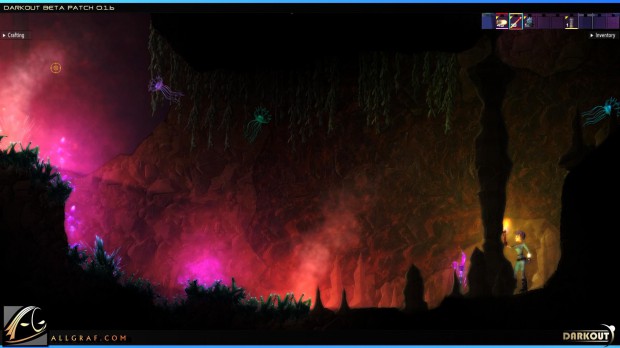 The tutorial fails on so many levels that it is a very frustrating experience. Items cannot be moved once you put them down in your shelter, or they might be able to be, I really don’t know. I couldn’t find any mention of what the controls were to accomplish this. The menus to help you figure all this out are even less than useful, because Desura Games is using pictures of how you do things, and not any description or mention of the word “shift” when I want to interact with something.

A big positive for Darkout and Desura Games is that Darkout looks amazing, especially in comparison to Terraria. Where as Terreria went with a retro, 8-bit look to its world, Darkout features fully fleshed out character models and environments. Darkout also sports some fancy lighting effects throughout the game – from glowing creatures, fauna that shimmers in the background, or the way your torch looks underground. This game is beautiful. Its an absolute shame that, in its current state, Darkout was much more of a negative experience then it really needed to be.

Desura Games has been taking a lot of feedback from the community and have been working on making Darkout the best game they can. For me, however, games like Darkout suffer from being compared to the original game that spawned them. In this case, would I rather be playing Darkout, or Terraria? I am hoping that the developers can get Darkout onto a solid path for release, because the game is gorgeous to look at. However, Darkout still needs some serious work in the tutorial stages of the game. Learning to play a game like Darkout via trial and error is in no way a fun time. Of course, since this is still a beta version, all of this can change before release. I am hoping so, because Darkout can be worth your time if it works. You can follow Darkout’s development through Steam Greenlight.