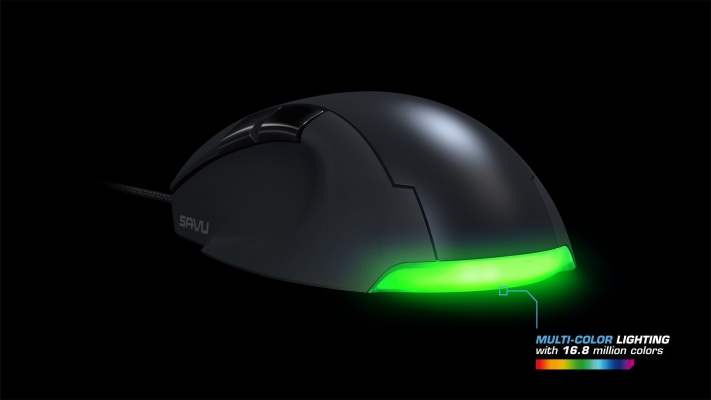 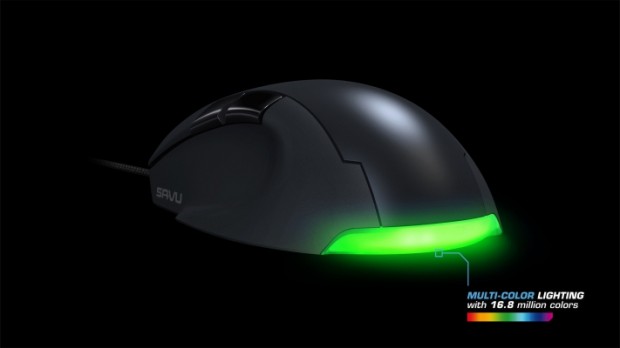 Casual and older gamers tend to drift away from exotic, gaming mouse designed and stick to more conservative models. I have a “casual” gamer in my household who plays even more hours than I do and yet uses a budget, generic-looking mouse. the mouse is solid and dependable, it has been used for years without problems but I literally have a stack of great gaming mice that would improve their game and have been tried and rejected as she doesn’t need the added features and “strange” design. the hope is the ROCCAT Savu Mid-Size Hybrid Gaming Mouse will bridge the gap between casual comfort and gaming edge.

the Savu features the world’s only 4000 dpi optical sensor – for precision optical gaming second to none. It’s also the world’s first mouse to feature a stats and trophy system – called the ROCCAT Achievements Display, or R.A.D. – something previously known in similar form only in online gaming. Plus, our ROCCAT scientists built the Savu using only the higshest-quality materials, which means it will perform flawlessly and with the higshest precision for the longest time possible.

the Savu is the world’s first mouse to feature the ROCCAT Achievements Display – or R.A.D. – a fun and handy application that tracks and rewards a wide range of gaming feats, such as mouse movement, button clicks, scroll steps, etc. the driver-based software compiles mouse use data, provides a range of statistics for analysis, and hands out trophies when exceptional milestones have been reached. It’s a useful and entertaining way for gamers to keep track of their mouse skills – and it even lets players share their accomplishments with others. 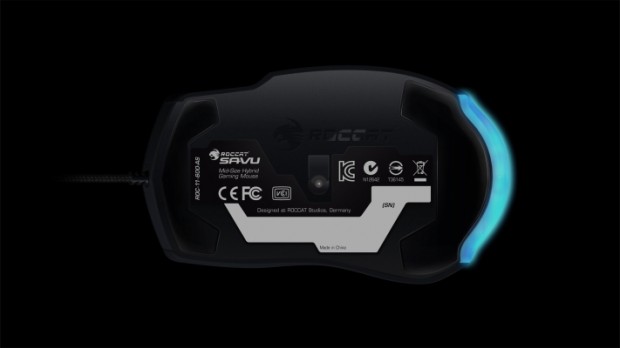 Hands On:
I called in a little help from the casual gamer in the house so that I could give my opinion as well as that of the other end of the spectrum. I like to have gear that is competitive and in-depth and I am more than happy to go through a mouse configuration software and customize buttons and light colors and other settings. the Savu has a nice, middle of the road size so that the user feels the comfort of a smaller mouse in their hands but, at the same time, it is large enough to rest a hand on. It also has an excellent thumb groove to hold it with and its No-Sweat side grips and light weight work together to help make it sail across the mouse pad.  the thumb shift button on the mouse is above a tactile groove so my thumb won’t accidentally hit it during normal usage. However, it isn’t too far off if I need to place my thumb there to use the shift button features.  Using them does require a shift of the hand’s position but nothing deal-breaking. I am very familiar with all sorts of gaming mice, so between the No-Sweat grip (it feels like shark skin) and the buttons being flush with body, the mouse is still a breeze to manipulate. 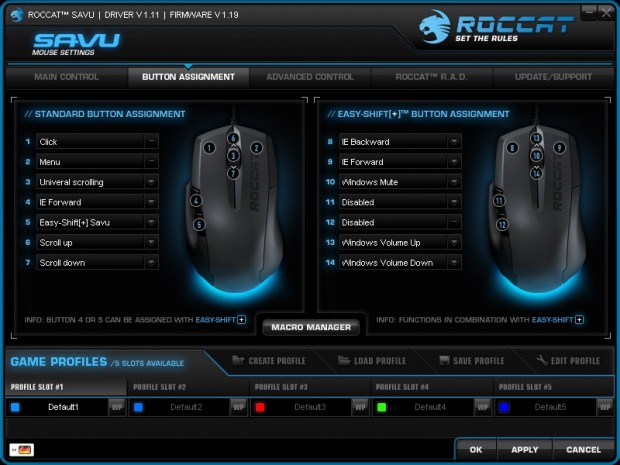 the Savu Configuration Application which umbrellas the Micro Manager, light system, and R.A.D. system is easy to install with a few clicks. It is also very user friendly when it comes to checking out all the functions.  there are 16.8 million lighting choices – I actually enjoy it cycling through the spectrum in a random color array that fades in and out with is the factory default.  Micro and macro managing is extremely so that full rotations in a game can be set to a single button. This makes it so that the forward thumb button, for example, could be used by one macro for fighting single enemies then shift to another macro for multiple enemies.  Even a middle of the road gamer and casual gamer would find the ease of the system worth getting used to full mouse play.  As for the ROCCAT Achievement Display it’s funny how we just love to get achievements even if it is for mouse usage – we also love to brag about them so the sharing system is nice. 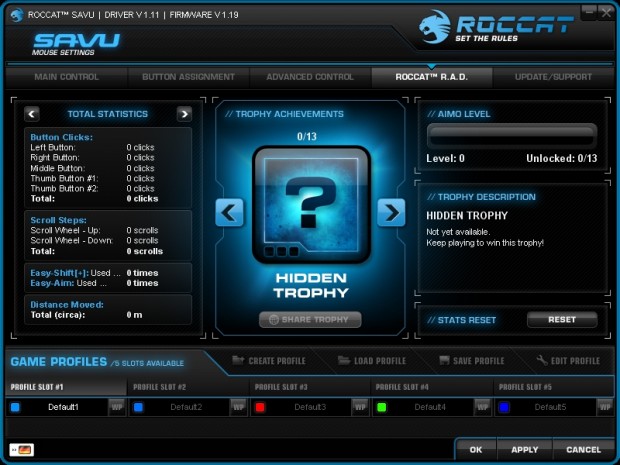 When running the mouse by the casual gamer in the house the first thing that took him a moment to get used to was the size. Quickly did she adapt, thanks to the very comfortable ergonomic thumb indention.  She liked the feel of the button clicks but voiced concern that if she were to use the shift command to full effect, she may forget what was programmed where in the heat of battle or not hit the shift button for the right attack.  She liked that the thumb buttons were out of the way of the thumb for general use but thought they were a bit far away for comfort.  Using a standard mouse she has gotten used to moving her hand more forward on a mouse so that she has to move her thumb back to hit the shift, whereas I found them in about the right space when my hand was at rest, but I use gaming mice all the time. 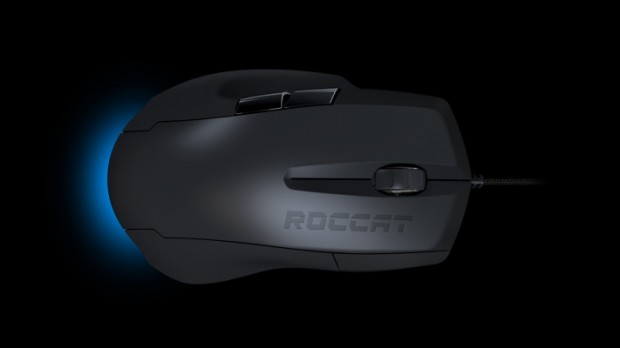 Last Call:
The ROCCAT Savu Mid-Size Hybrid Gaming Mouse really is a true hybrid designed to bridge the game between a standard mouse and a gamer mouse. It has gamer features but many standard mouse features as well. This mouse might be my new standard for my work station so that I can write easy yet have the edge for gaming when I need it. I’m not sure the casual gamer in the house has been sold on it yet, she has used the same kind of mouse for a lot of years but she gave it a maybe. She really liked the feel and with time I think would get comfortable with the shift and the button in front of it for firing off a couple macros. I may get her to upgrade her mouse yet and this might be the one to do it.