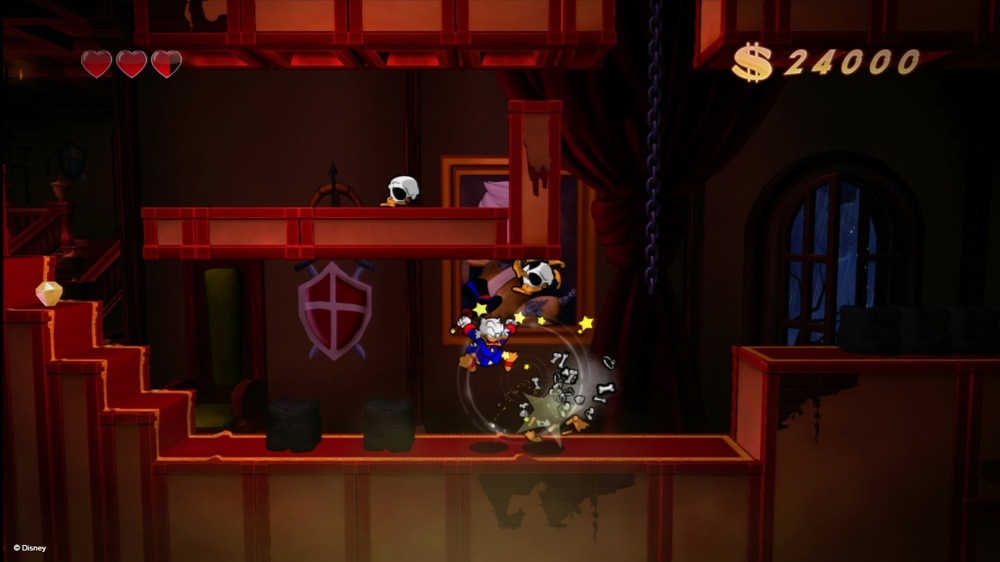 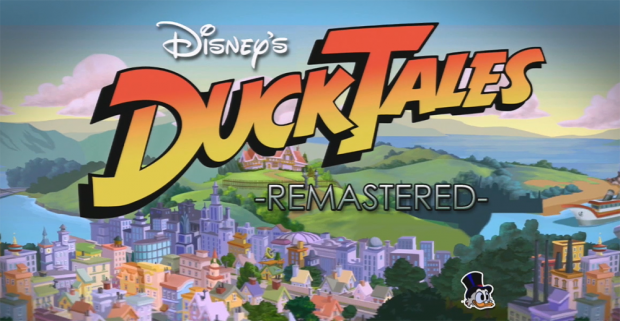 Woo-oo!  DuckTales was such a treat to kids and adults growing up, that it practically drips with nostalgia.  The cartoon series was an example of Disney animation at its finest: Disney characters having high adventure without their parents dying or anyone else.  It involved characters that kids could relate to such as Huey, Dewey, and Louie and one of the most fascinatingly-eccentric Disney creations: Scrooge McDuck.  Add to this one of the best and most recognizable theme songs and you have a series that holds up today.  The question is… does the game?

Description:
DuckTales: Remastered is a hand-crafted, beautiful re-imagining of one of the most cherished 8-bit titles of all time – now refined with a level of detail that will please the most hardened devoted Disney or retro Capcom fan. Featuring hand-drawn, animated sprites, authentic Disney character voices talent, and richly painted level backgrounds from the classic cartoon TV series, Scrooge McDuck and family come to life like never before. The gameplay retains the authenticity of its 8-bit predecessor, simple and fun, with slight modifications to improve flow and design. Embark on an authentic DuckTales adventure, as Scrooge McDuck and his three nephews travel to exotic locations throughout the world in their quest to retrieve the five Legendary Treasures. 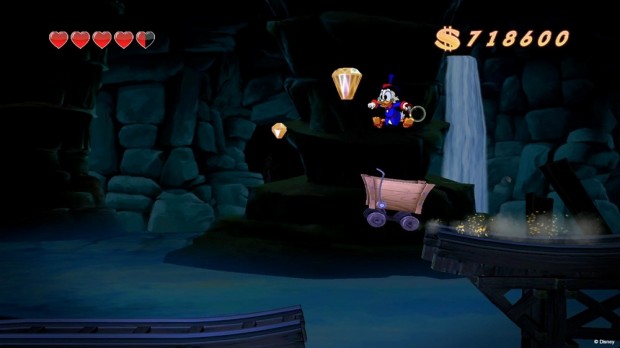 Hands On:
First off, the graphics from the start menu on are gorgeously done while paying homage to its 8-bit roots.  All the visual elements are more colorful and cleaner than they were in the old days but are kept simple and not too detailed in order to remind the player of the original.  The music has the MIDI quality the original had but more clean and crisp, and the voices sound right out of the cartoon with lines that are short and silly like the original game.  In other words: The game remembers the graphics and audio of the original but both have been updated to be pleasing to the contemporary eye and ear.

Gameplay is remarkably simple, which it should be since it is a remastering of the original – not a rebooting. The easy to use controls consist of the left thumb stick and two buttons.  This is great for kids to get the hang of and be able to play as well as the kid at heart adults re-experiencing a gameplay style that has definitely moved on.  The left stick moves you in any direction, the A button is jump, the X button is action, and the A button followed by the held X button is Pogo jump (super jump).  That’s it!  You use that and timing to make your way through levels with a bit of simple puzzle solving and hidden objects.  Easy level is definitely the one for kids with infinite lives, normal gives you three lives then it’s game over and hard is definitely for the more experienced gamer, the timing with levels and boss fights definitely get harder.  The biggest difference in the difficulty is timing – you really lose room for error which would be way too frustrating for a kid but just enough tension for some adults. 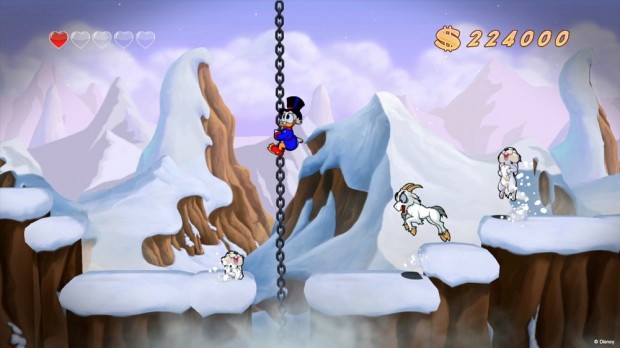 The levels are all kinds of fun as they change so much between enemies and environments.  My favorite was the Transylvanian map, which will come as no surprise to most folks that know me, with its duck skeletons and mummies as well as ghost-shrouded goons.  I would tell you more but half the fun is discovering, or rediscovering, the levels and what makes them unique from the others.

Last Call:
It can be kind of difficult to judge nostalgic games for modern gamers.  The gameplay is pretty simple – side scrolling, old school action reminiscent of games such as Mario Bros. or Sonic which still have fan bases today. If you like those games, this is definitely worth a play.  It is great for kids with kid targeted characters, bright colors, and silly dialogue.  If you are a Disney fan this is a must play for experiencing characters other than the traditional mice.  Most of all, this is a must play for the kids and adults who still the DuckTales theme stuck in their heads and can’t wait to revisit Scrooge McDuck and the nephews as they get in and out of trouble in lands as far away as the Moon.  For them I would rate this game a “Woo-oo!”