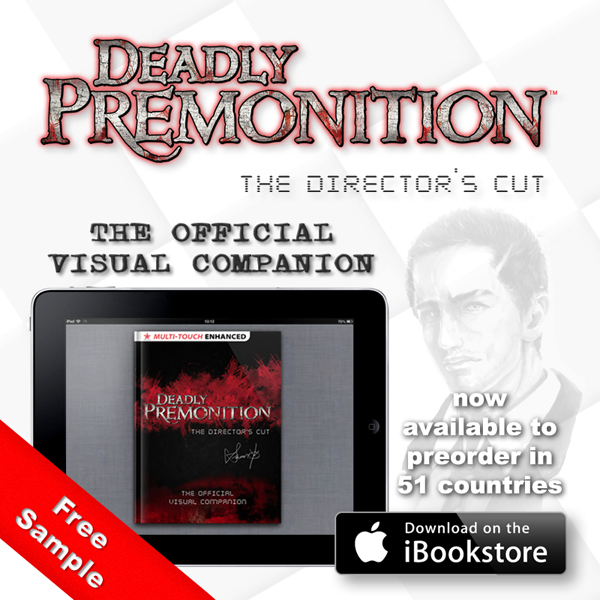 August 15, 2013 — Coming this October from Rising Star Games, The Official Visual Companion will give iPad users a whole new look into the world of Deadly Premonition: The Director’s Cut. This lovingly-produced 352-page, touch-responsive iBook is loaded with hundreds of high resolution images, interactive features, character biographies, secrets, and more!

Preorder your copy today from the iTunes iBookstore: https://itunes.apple.com/us/book/deadly-premonition-directors/id679978115?ls=1