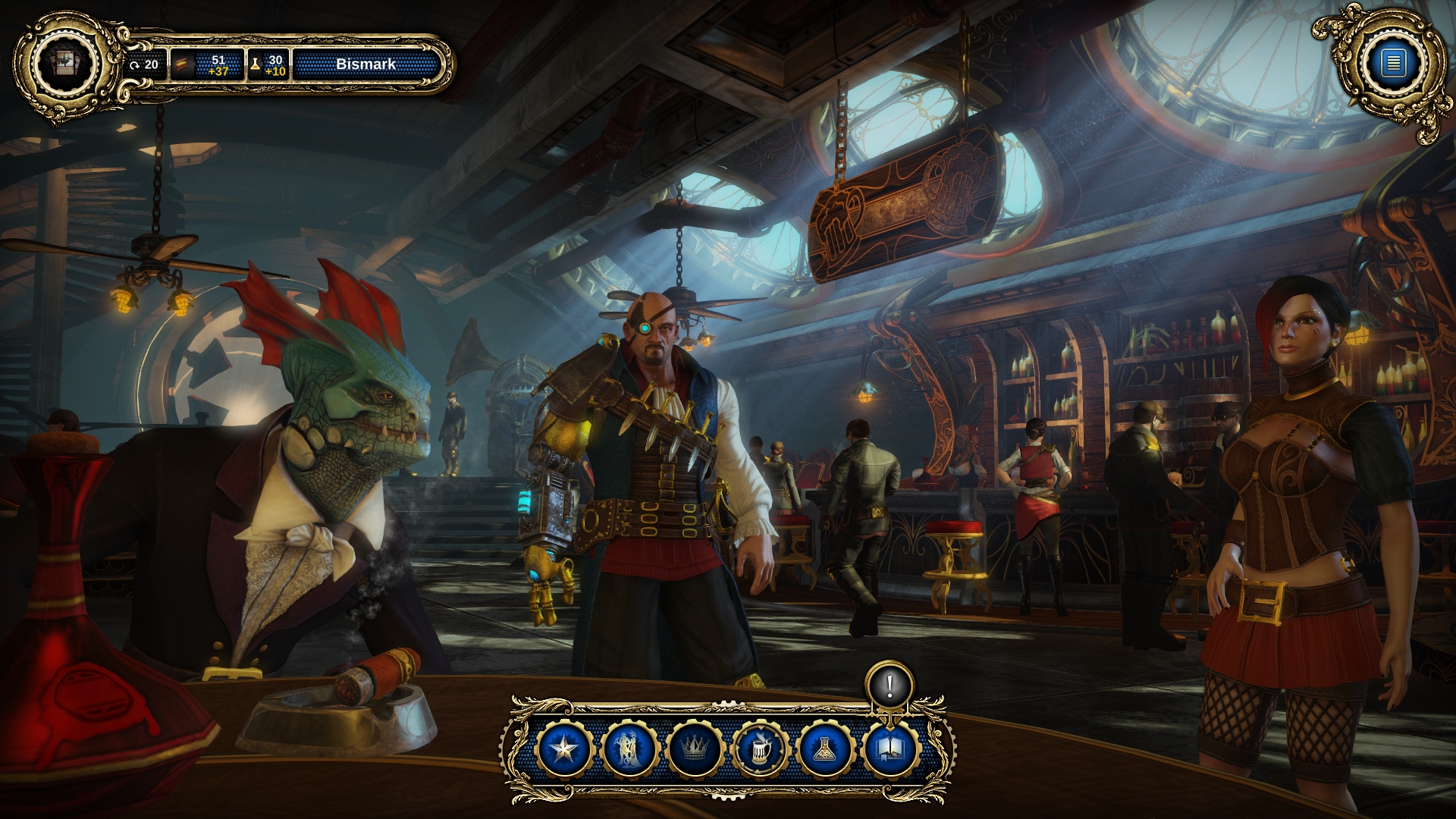 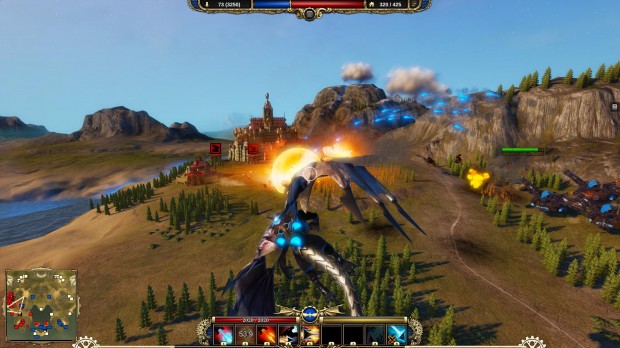 Here’s a phrase that I’m sure will get you grinning: “Dragons, with jet packs”. Sounds like something I would have drawn in the margins of my math homework back in junior high, but the developers over at Larian Studios have indeed put dragons with jet packs into their newest release. Divinity: Dragon Commander is a combination real time strategy, role playing, and action game that centers around the squabbling of a group of siblings as they fight over their deceased father’s former empire. Divinity: Dragon Commander showcases a brilliant story where every decision you make has real consequences on the world around you, which helps cover up the game’s downfall in the real time strategy battles that don’t quite live up to the higher standards set by StarCraft II. Divinity: Dragon Commander is still a must buy for anyone on the market for a solid RTS/RP game.

Divinity: Dragon Commander begins with a world in utter turmoil as the offspring of the Emperor battle each other for control of the deceased monarch’s lands. You come into the fight as a bastard offspring of the Emperor, born out of wedlock, the result of a union of your father and a dragon wearing the disguise of a human. You are half human and half dragon, bastardized twice and belonging to neither race. This hits you in the face immediately as the game begins, when you begin talking to your generals. The army that you lead does not trust you, nor do they even believe you are the rightful heir to the throne, but being half dragon they believe you to be in the lead to come out on top and win the crown. It is your job to win over your army, develop alliances and conquer your siblings to earn the title of Emperor.

The story in Divinity: Dragon Commander progresses quite nicely and at a fantastic pace. The story is told through role playing elements that allow you to choose your dialogue options and to make decisions on what you feel will benefit your people the best. Ambassadors will visit you, your generals will advice you, and your people will either love or hate you based on your decisions. Every decision you make will have story and game play consequences. Depending on how you interact with the Elven ambassador will effect your relationship with that kingdom. The story for Divinity: Dragon Commander is a top notch production, told through interesting conversations and events during game play. 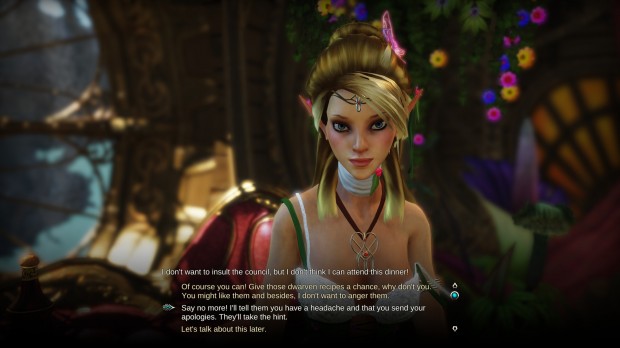 The game play for Divinity: Dragon Commander changes depending on what aspect of the game you are playing at a particular time. During the strategy phase, you move your forces across a map to reinforce regiments, invade enemy territories, or take over neutral countries to earn resources. You have to build troops and transports to carry your men across the oceans, and can see where your enemies are focusing their strengths. You also can explore your command ship and talk to your crew to develop weapons and troops through research. Ambassadors will visit you and attempt to forge alliances or enter into war against you, depending on how you interact with them. When you invade another territory, you can have the computer simulate that combat and award the winner with the spoils, or enter into combat directly.

Whenever you choose to enter combat directly, Divinity: Dragon Commander then switches gears and moves into the real time strategy portion of the game. This phase plays out exactly as any other typical rts game would. You begin the game with the forces you had from the map, but can then build and reinforce your unites using the resources on the map. The good news for people like me that cannot micromanage every unit is that there are no resources to gather, you simply earn resources and then get to spend these on units and buildings. The more land you conquer, the faster your resources will build. At any point during the combat, you can directly enter combat as a dragon with a jet pack. When the dragon enters combat, you actually get to control the dragon from a third person point of view and get to fly the dragon around the map, blasting apart enemy units and buildings. I personally loved this feature, and mostly because I have never been a true rts fan so the dragon got me more involved into the combat the way I like to play it. 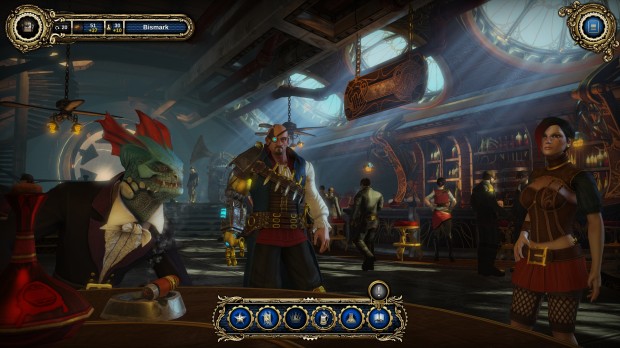 I really liked the direction that Larian Studios chose to go with the aesthetics of Divinity: Dragon Commander. The visuals center themselves somewhere between fantasy and steam punk, using typical fantasy races with technology you would usually see in a steam punk comic. The graphics were crisp and clean looking, even on my aging graphics card. I never once ran into any frame rate issues during combat. My only complaint is that the rts section of the game feels like it was painted using a decidedly smaller pallet of colors then the rest of the game. The designers chose to use simple, primary colors to represent the rts phase, which seems out of place with the nice art design of the rest of the world.

The sound direction and voice acting for Divinity: Dragon Commander are also well done. The voice acting was well done and not over the top, nor were the accents harsh and forced. Like most games on the market, the developers chose to use accents from the United Kingdom to give their characters a more distinguished feel, but since the game focuses on monarchies and rivalries for the crown, the UK accents seem to fit right at home.

Divinity: Dragon Commander is available now for the PC through Steam.