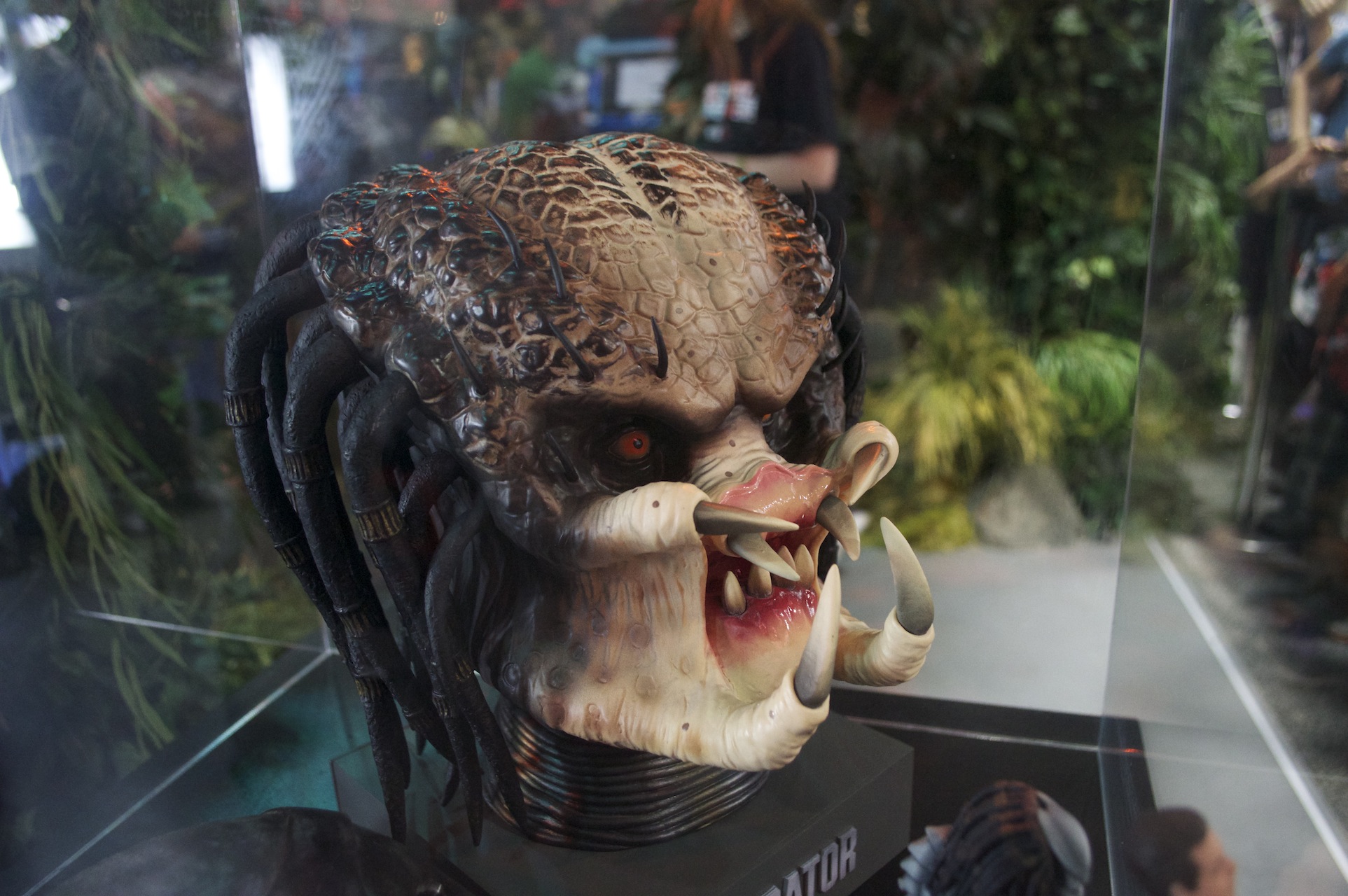 A Look at Predator 3D at the San Diego Comic-Con 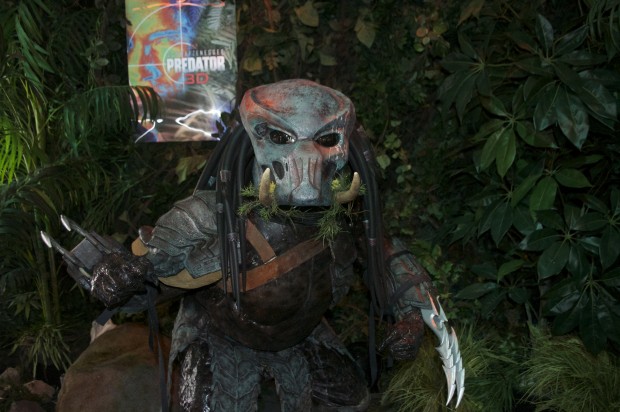 While at the San Diego Comic-Con, we got the chance to checkout FOX’s Predator 3D booth setup to promote their upcoming 3D Blu-ray of the Arnold Schwarzenegger sci-fi/action-fest, Predator. The booth was located in the convention center and was walled off by large partitions clad in faux jungle foliage. Inside the booth, FOX had hired a couple actors to play as the titular hunter in full, cosplay-grade costumes. They really did an excellent job considering the whole booth was promoting a Blu-ray release. Moreso, FOX had a very cool gimmick inside the booth where attendees could get their heads scanned into a computer and that scan would be used to make them a small, 3D-printed statue of the Predator holding their severed heads! Talk about good promotional items.

As far as the actual movie in 3D goes – thankfully, it wasn’t all just hype. Predator 3D is a very good 3D flick utilizing passive 3D technology which will not affect your eyes like active shutter systems. The effect was very crisp and clean, without any noticeable darkening of the image. For watching it for only a few minutes, I know I will be picking up a copy of the movie when it gets released later this year. 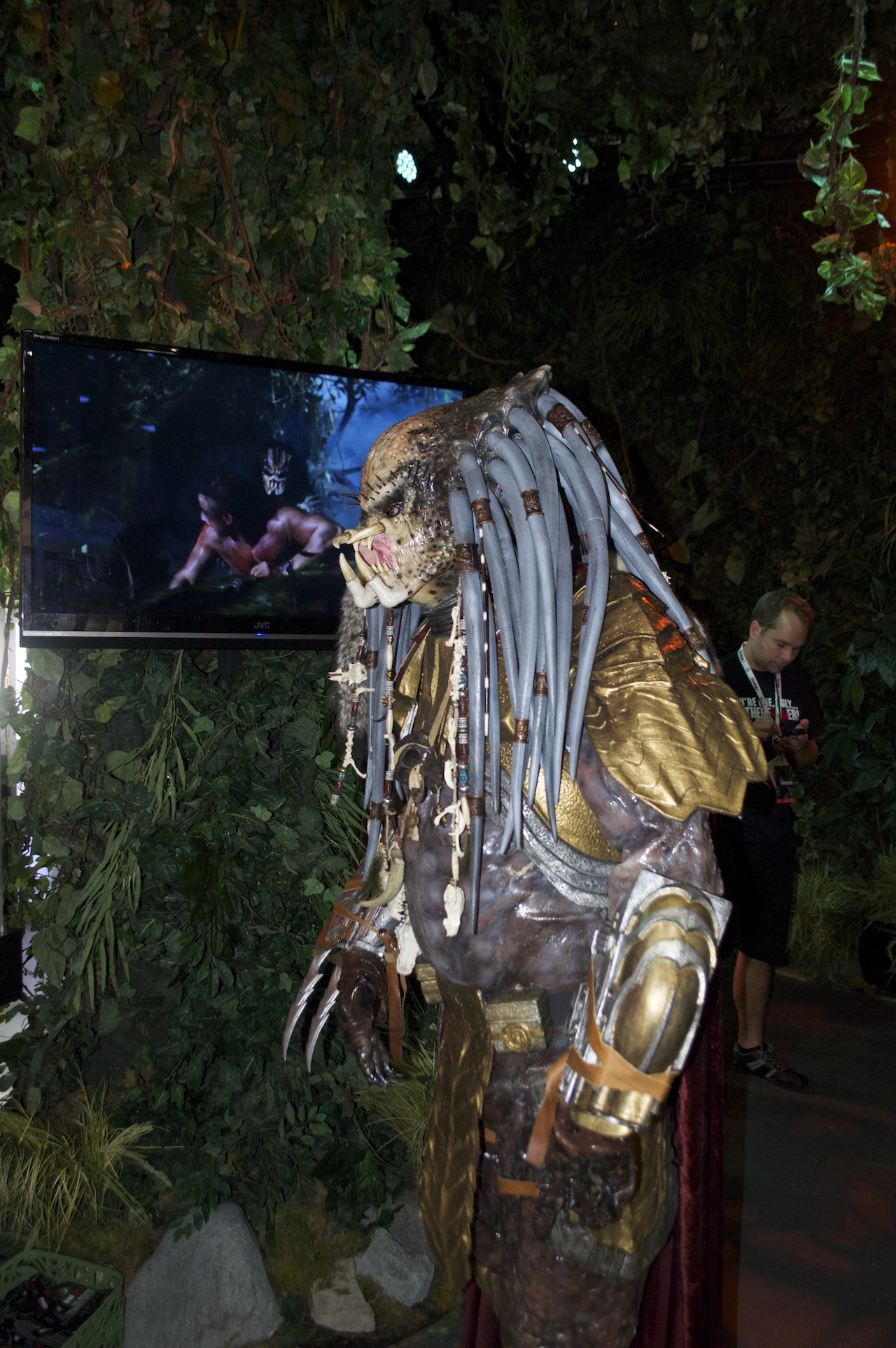 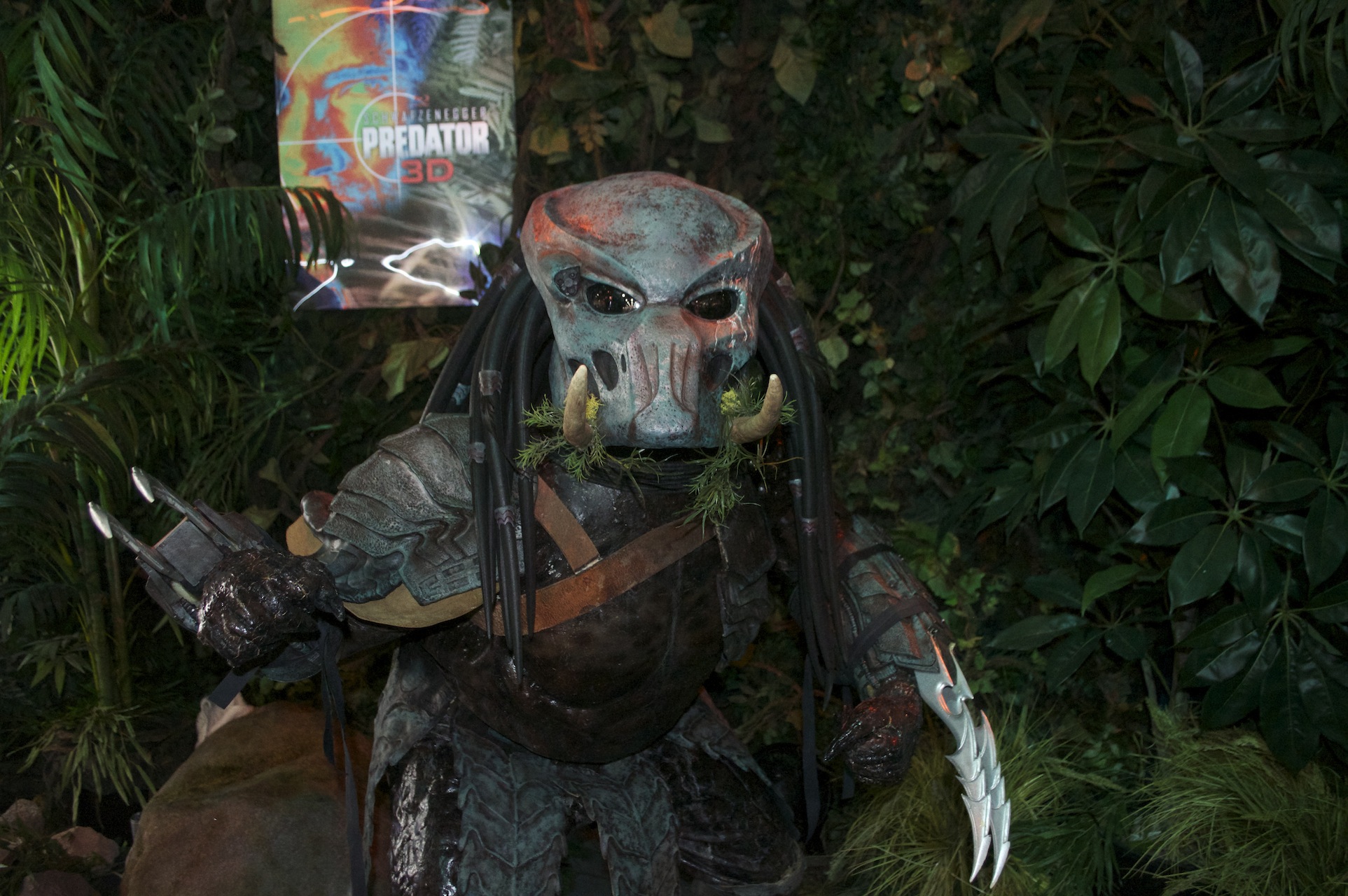 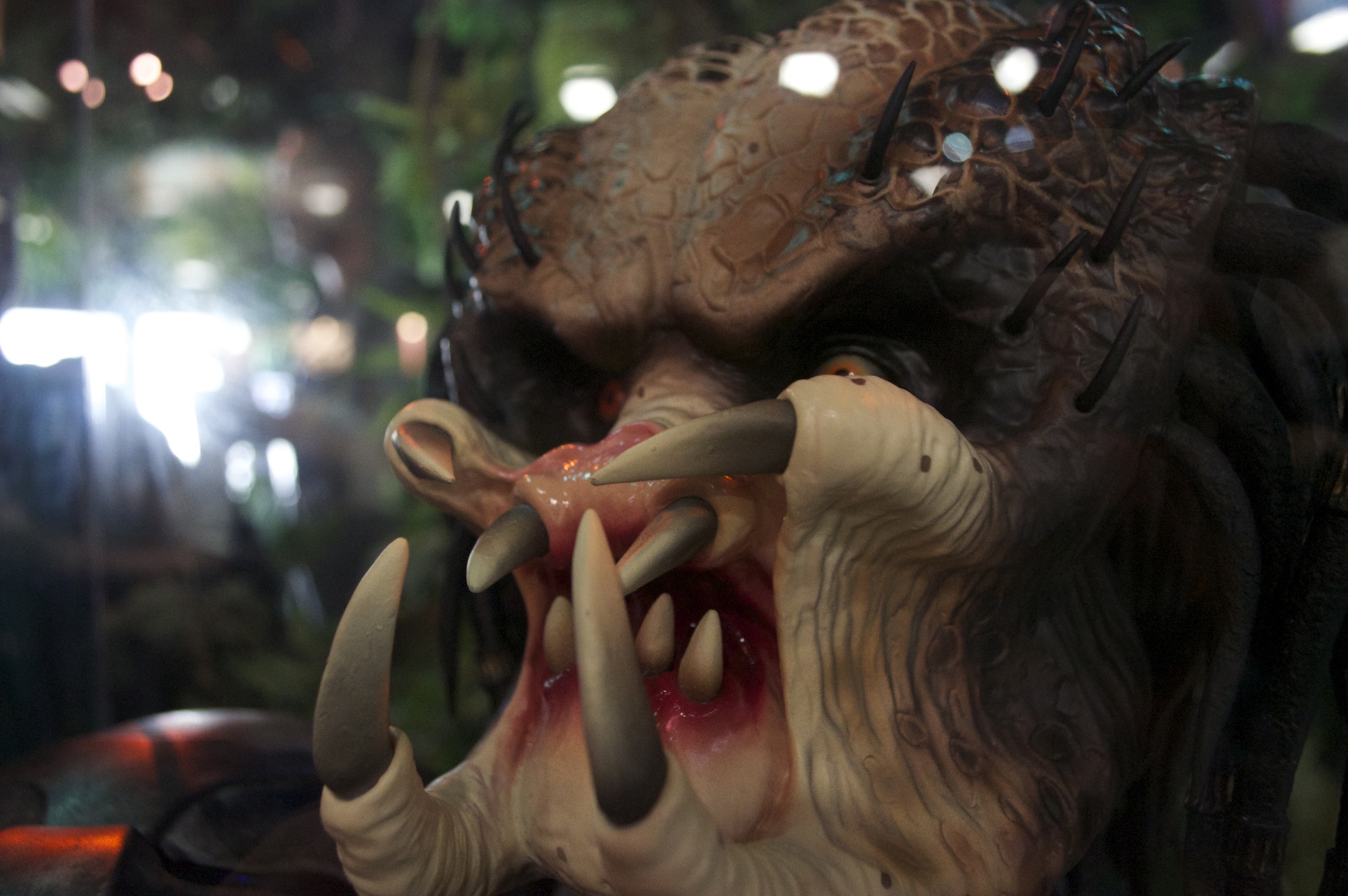 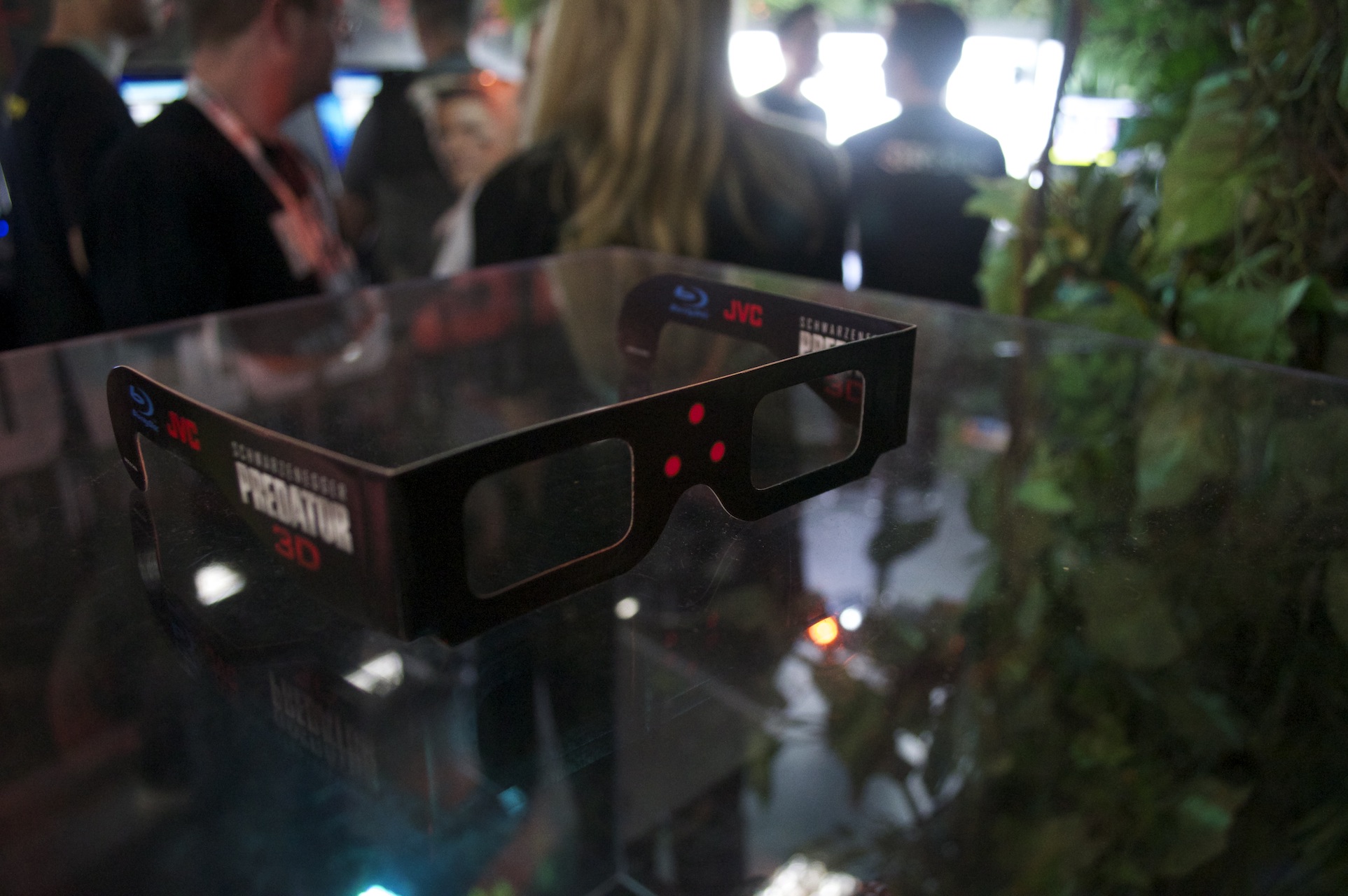