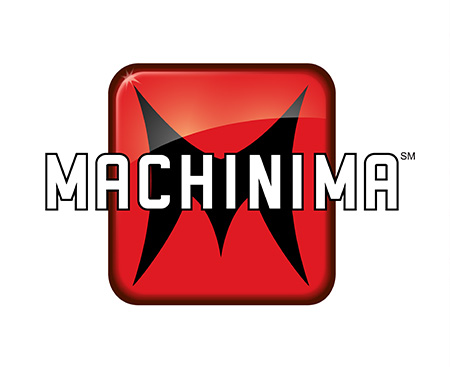 Los Angeles, CA – July 15, 2013 – Machinima, the dominant video entertainment network for young males around the world, has upped the ante this year with their presence at San Diego Comic Con. In addition to two highly anticipated panels and extensive coverage, there will be the first ever “Machinima Entertainment Lounge,” open to the public Thursday, July 18th through Saturday, July 20th.

Located at the world famous Fluxx Club in Downtown San Diego (500 4th Ave), the lounge will include a massive gaming station, sponsored by Ubisoft, where fans will have the exclusive opportunity to play the highly anticipated Tom Clancy’s Splinter Cell Blacklist. In addition to the gaming station, there will also be a cosplay photo booth, zombie make-up station, social media and charging stations, and so much more. The lounge will be open on Thursday from 11am – 6pm, Friday from 10am – 6pm, and Saturday from 10am – 5pm. Find a member of the Machinima street team in downtown San Diego and on the show floor to get a Machinima mask with additional info and directions.

The second panel, taking place on Saturday from 10-11am, is the Machinima: Redefining the “Fan Film” panel. Joining forces with some of the most creative upcoming talent around, including Sam Gorski and Niko Pueringer from Corridor Digital (YouTube.com/CorridorDigital), Kevin Tancharoen (Creator and Director of Mortal Kombat: Legacy), Adi Shanker (Producer of Dredd and The Punisher: Dirty Laundry) and J.C. Reifenberg (Director and Producer of Hughes the Force), Machinima will discuss fan films, and how online creators are setting the bar with a new breed of content development, creation and interaction. And of course, a bunch of exclusive, never-before-seen footage will be shown for the audience’s viewing pleasure.

The Indigo Ballroom is located at the Hilton San Diego Bayfront at 1 Park Boulevard near the San Diego Convention Center.