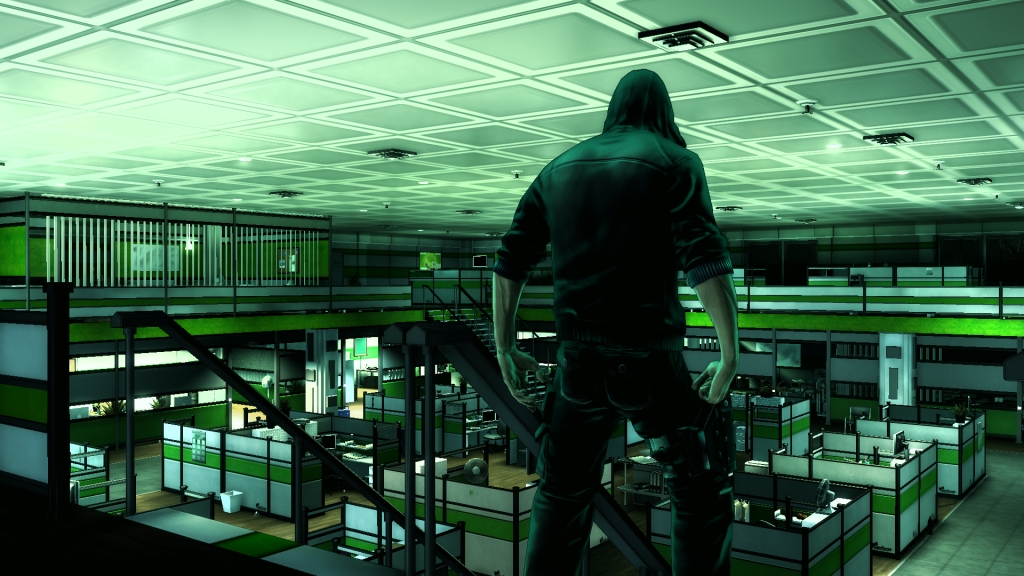 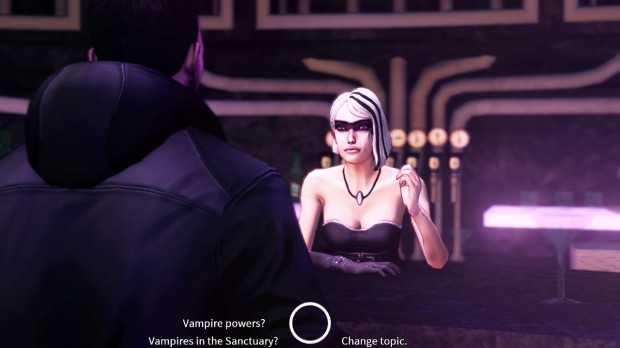 Last year, I was lucky enough to be at the announcement of Kalypso’s “Dark” and get my hands on the playable demo at the time. By “get my hands on it”, I mean I played it so much that some people thought I was the guy paid to demo the title and began asking me all kinds of questions about the game – many of which I was able to answer from studying it at the start of the evening. I took an occasional break to check out Omerta – City of Gangsters some more, a game I fell in love with as well, but it wouldn’t be long before I was back behind a controller moving Eric Bane through the shadows. I wrote about Dark a couple of times since then, saying what it might wind up being like. Now that the game is officially out, however, I have play the retail build and can tell you exactly what it is like!

Dark is a stealth-based action-adventure RPG in which you take on the role of the ultimate hunter: a vampire. Ambush your enemies from the shadows, roam the darkness and use powerful vampiric skills to dispatch your opponents.  The intricate story of Dark will take you into the midst of a world of blood and darkness, where the hunter can easily become prey. Strike down other vampires, improve your character and develop formidable skills such as instantly disappearing from view to take your enemies by surprise. 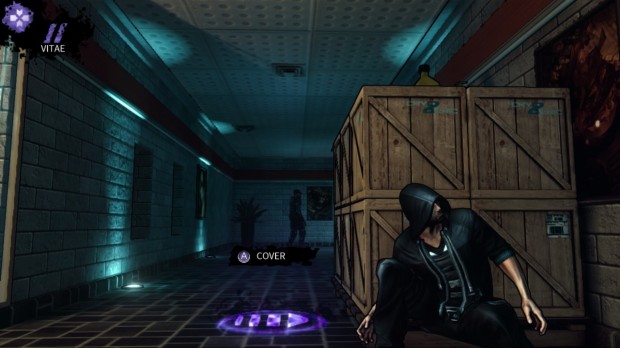 In Dark, you play as Eric Bane, a newly-turned vampire who has to feed from either his maker or an old vampire within a certain amount of time or he will become a mindless ghoul.  Kalypso stressed from the very beginning this is a third person stealth, not shooter, game at several points through its development. No matter how many enemies you kill with guns, you will rely on your newly endowed vampire skills to get you through the never ending night.  It has some definite similarities to Dishonored, such as the teleporting jumps and the use of misdirection but it is definitely a game with its own feel and atmosphere.  You stalk alleys, nightclubs, office buildings, and several other locations trying to find your master, or a master for the moment, and the cel-shaded graphics give the game a great graphic novel feel. 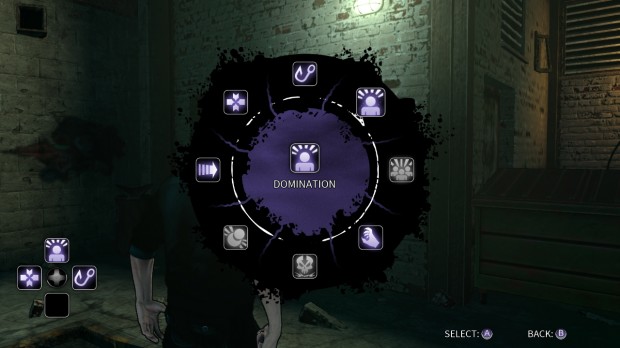 Some of the powers you get are just plain cool.  There is a great “vampiric grasp” you can learn that, once you level it high enough, you do a Darth Vader like “Force choke” ending with the corpse disintegrating in a puff of purple smoke as it hits the ground.  This is great because, if another guard finds the corpse, they will set off an alarm and every nearby hostile will come charging to kill you.  Killing alerted guards while the hostile alarm is sounded will give you only a third of the experience of a stealthy, unaware kill so if you want to get stronger you need to stick to the shadows and sneak those kills in.

There is one problem with this that, while not a game breaker, it can be very frustrating – especially in earlier levels while you are still gaining your powers and strength: Melee combat is clumsy!  I thought maybe at first it was just me or I needed to adjust some setting on my system but it really wasn’t anything of the kind.  When you go in for a sneak attack, you click a single mouse button.  Sometimes the sneak attack performs perfectly and you get 60 exp.  Sometimes, the enemy randomly gets alerted to the attack and you only get 20-40 points.  Other times, you move right in front of the enemy and they completely see you and start attacking and you have to turn around to defend yourself.  In corridors or tight walkways, sometimes the camera angle switches to a shot from your crotch up and you can’t tell at all what is going on.  Knowing these issues mostly occur in tighter corridors or when you try to feed rather than just attack made it so that I picked my feeding targets more carefully and trained up my toughness and ranged vampiric chokes first.  After taking these simple steps I was able to get most of the melee issues minimized, if the game missed an attack I was tough enough to handle them long enough to win the fight. If I saw an enemy in a tight corridor, I would try to use the vampire choke instead of melee.  There is the possibility that these issues could get resolved in a future patch as well, so here’s to hoping! 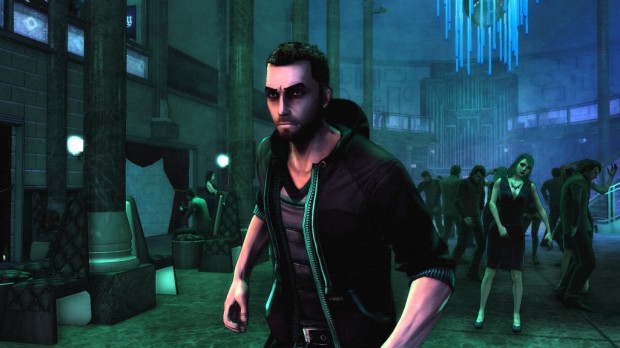 These issues weren’t enough to take me away from marathon sessions of Dark. I still enjoyed playing it, both for the fun challenges and the dark humor throughout the storyline.  I’m actually planning on playing through again using a different character build.  There are different talents you can learn with small trees to advance down and, in theory, you should be able to play most of the game with hardly any kills. I personally love slaughtering a whole level stealthy, but the idea of using constant shadow and misdirection instead is very appealing too.

I have been excited to get my hands on Dark since I saw it over a year ago. I enjoyed the final experience enough that I am already considering a second play through.  Dark is a great take of the vampire mythos and third person stealth genre.  Hopefully, the mechanical issues will get resolved so that I can revisit this review and give it a higher score. These issues, for me, weren’t game-breakers but for some they could be.  Dark is an enjoyable journey into the shadows where only fangs gleam!