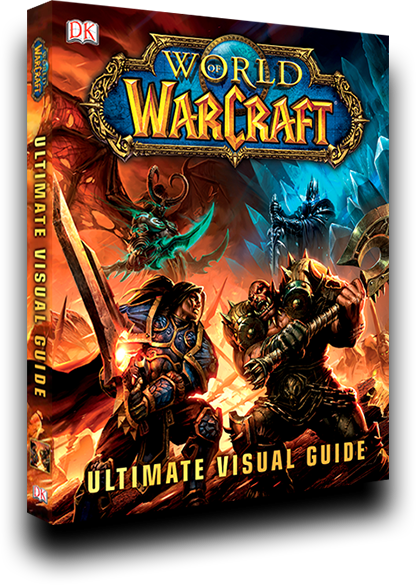 Arriving in stores in October 2013, this book serves as a definitive guide to the enthralling fantasy universe featured in World of Warcraft and its four expansions. With this guide, players will explore the far reaches of Azeroth, becoming versed in its rich history, uncovering back stories of key heroes and villains, and discovering fascinating details about key locations.

Created in close collaboration with Blizzard Entertainment, World of Warcraft: Ultimate Visual Guide gives readers a treasure trove of game knowledge, including series lore and a look at behind-the-scenes development. “We pleased to be working with DK to bring World of Warcraft players this beautifully illustrated companion to the game, said Paul Sams, chief operating officer of Blizzard Entertainment. And have put together an extensive collection of awesome images and cool behind-the-scenes details that should satisfy anyone interested in exploring WoW history.”

Within the guide, gamers can expect to find: