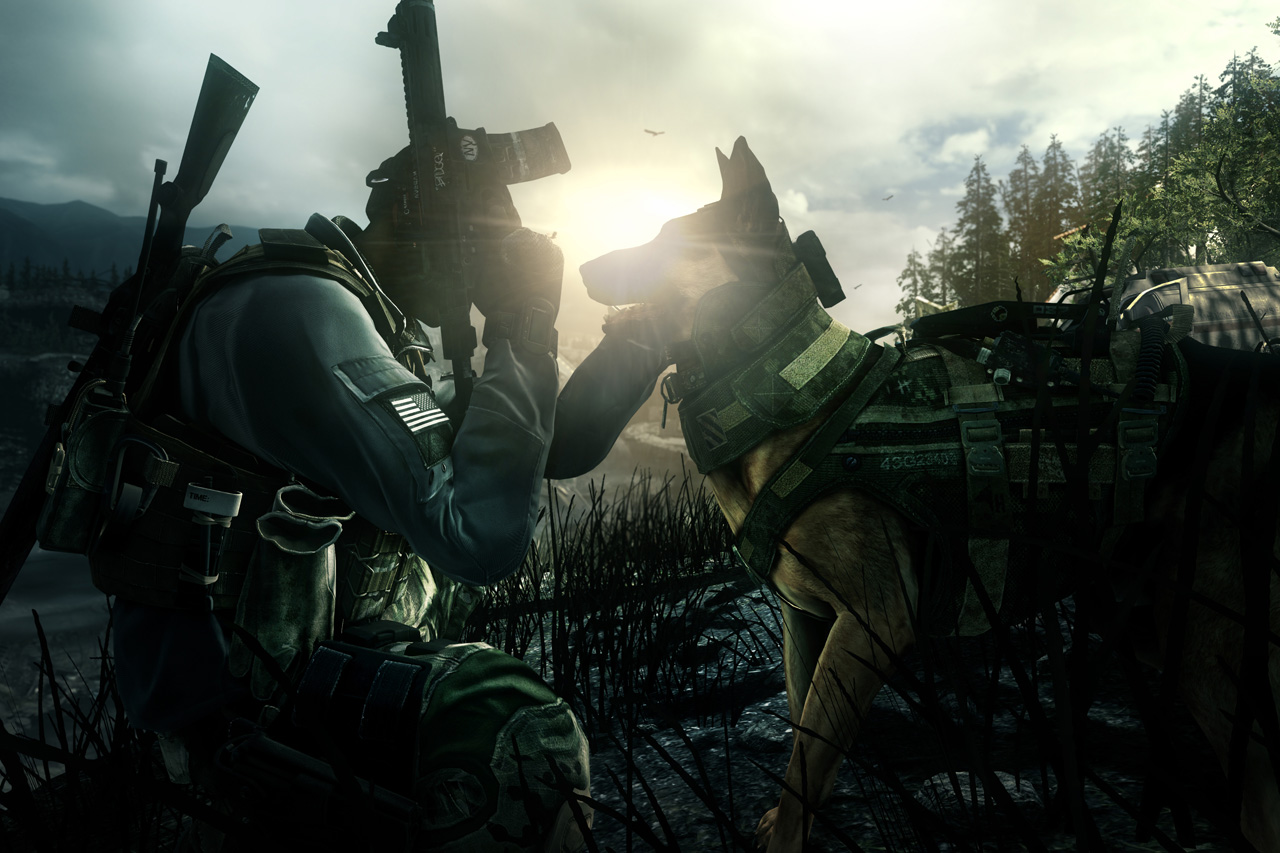 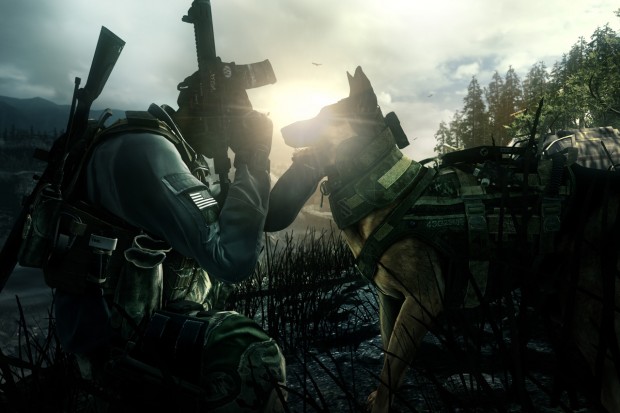 Santa Monica, CA – July 1, 2013 – The franchise that has defined a generation of gaming, and the one set to raise the bar yet again this November 5th, is delivering a compelling, all-new pre-order incentive for Call of Duty: Ghosts highly anticipated multiplayer mode. Fans around the world that pre-order the game at participating retailers will receive the Free Fall downloadable bonus map that features the new dynamic map event mechanic, included with their copy of the game at launch. Free Fall ushers in the first details on how players will encounter the changing environments in the leading multiplayer experience on consoles.

As an example of just one of Call of Duty: Ghosts’ new dynamic map events, Free Fall drops players into a shattered skyscraper on the brink of collapse. Sideways staircases climb into the night sky, elevator shafts run along the ground, and what were once windows now form a terrifying glass floor, hundreds of feet above the city streets.Free Fall‘s close-quarters combat and frenetic action are then thrown into overdrive as the ruined skyscraper continues to fall throughout the match. With every drop, the accompanying shockwaves cause further destruction, disrupting sightlines and constantly evolving paths and chokepoints as the map changes in real-time.

“Dynamic map events change the way players approach the game, and Free Fall does a great job illustrating this new mechanic,” said Mark Rubin, executive producer at Infinity Ward. “As the match progresses, the geometry of the world continues to change and players need to adjust on the fly or else. It’s a really fun new feature that adds layers of strategy and constantly evolving gameplay options for players. And this is just one of the many new approaches we’re putting into Ghosts’ multiplayer across the board. There’s so much more that we look forward to sharing in the weeks to come.”

Call of Duty: Ghosts, published by Activision Publishing, Inc., a wholly owned subsidiary of Activision Blizzard (Nasdaq: ATVI), and developed by Infinity Ward, the studio that created the original Call of Duty and the seminal Call of Duty®: Modern Warfare® series, features an all-new world, story, characters and experiences, all powered by a new, next-gen engine.  Call of Duty: Ghosts is not only a stunning leap forward for the mega-hit franchise, but also showcases what’s possible on next generation consoles.