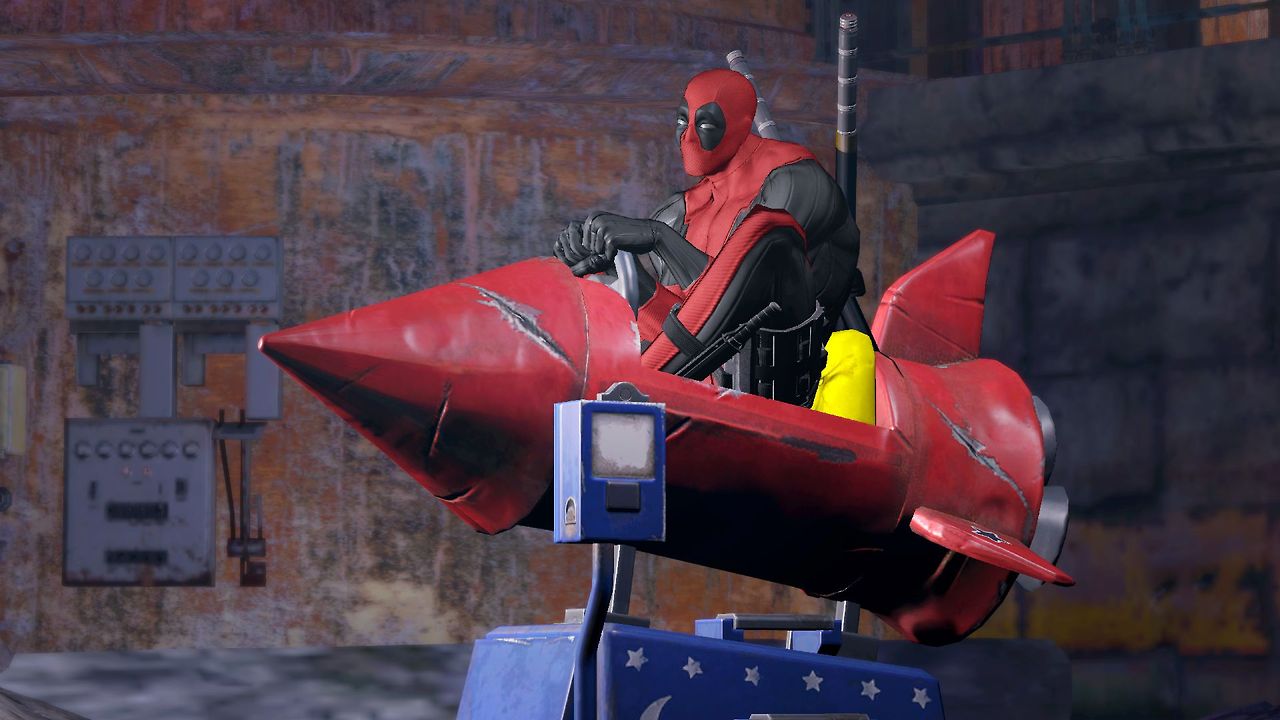 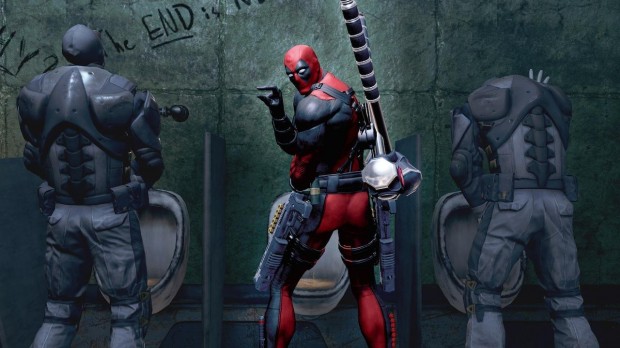 This game has dick jokes.

Deadpool is one of those characters that comic book fans usually either love or hate. “Brash”, “certifiably-insane”, “misogynistic”, “arrogant”, and “gut-bustingly funny” are some of the terms used to describe him. When the Deadpool game was officially announced at last year’s San Diego Comic-Con, I was skeptical. Often-times, third-person action games based on comic book characters result in doldrum-filled romps through mediocrity like what happened with the Iron Man video game from 2008. The bright shining light at the end of this tunnel was the developer, High Moon Studios, who has created three solid actioners with their Transformers “Cybertron” games. Because of my preconceptions about what the game could be like, I stayed away from most preview stuff on it until I clicked on the Steam “Play” button the other day. What followed was a finger-blistering six hour play session that I simply could not step away from. Deadpool is, in a word: Awesome. Not perfect – but awesome.

The game begins in Deadpool’s apartment, where the titular character is talking on the phone with the president of High Moon Studios on their making a video game starring him. After forcing them into it by threatening the game developer with a mail delivery of explosives, they agree. The rest of the stage is simply made up of exploring various points of interest in Deadpool’s pad. After taking the time to explore things like Deadpool’s blow up doll, checking “the internets”, and taking a well-needed poop, you can begin your journey to find and assassinate the CEO of a large media company. This explodes into a multi-stage game with tons of characters from the Marvel universe, both heroes and villains, making appearances. 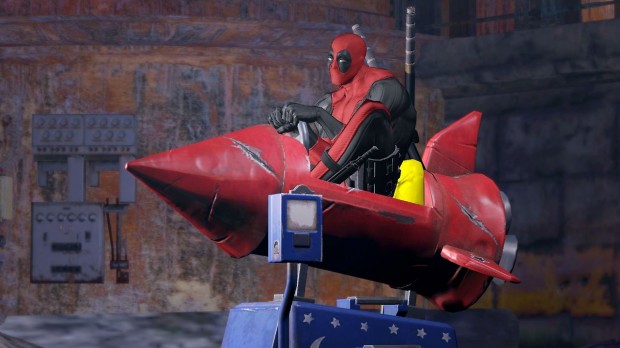 Deadpool (the video game) also does the best job of any medium so far of letting a person experience the psychosis that ails the anti-hero. Deadpool’s breaking the fourth wall and altering the world around him into these crazy scenarios (which play out a lot of times only in his head) are a real treat to experience.

In terms of gameplay, Deadpool is a fairly smooth third-person actioner. It doesn’t break any new ground in terms of fighting or moving your character around, but is not “bad” at doing so either. Deadpool can be upgraded to have various melee and ranged weapons – each being upgradeable to some extent. Even Deadpool himself can be upgraded with various enhancements. The gameplay’s worst problem is the sometimes clunky controls found on the PC build. Switching between ranged, thrown, and melee weapons is accomplished with various keys on the right side of the QWERTY array, meaning you have to take your left hand off of WASD to do so. Also, countering – with a similar system to the Batman “Arkham” video games, is accomplished with the B button. Again, you have to move your fingers awkwardly to hit it – especially with light melee attacks are done with the Q button and heavy melee attacks are done with the E button. After typing all that out, I realize how convoluted it sounds. Actually, the system does work well enough – just be sure to re-assign your counter attack button to your middle mouse button. I found it works a heck of a lot better that way. 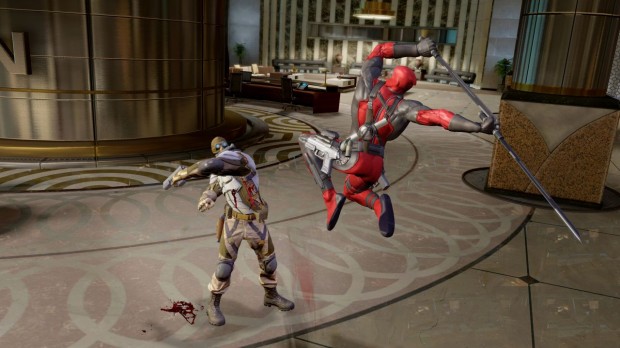 Watch Deadpool About to Slice this Guy Open

Visually, Deadpool is attractive enough to keep your interest with a slightly-realistic/slightly comic book style. The game’s art direction is commendable and does a great job of setting the stage for Deadpool’s many delusions. Nolan North, who has voiced Deadpool in other cartoon and game appearances of the character, does a great job at bringing the masterful writing of Daniel Way to life. It really is the story, dialog, and craziness of Deadpool that pushes this game along at an exciting pace, making it very easy to lose the hours playing it.

Overall, Deadpool is exactly the Deadpool game we needed. It is incredibly crude and incredible awesome, with plenty of tongue-in-cheek one-liners, insane set pieces, and a ton of Deadpool’s “breaking the fourth wall” asides. I highly recommend Deadpool to anyone who is a fan of the character or simply loves sardonic, crude, or dry humor. A note to parents: This is not your standard comic book video game and contains some mature subject matter.