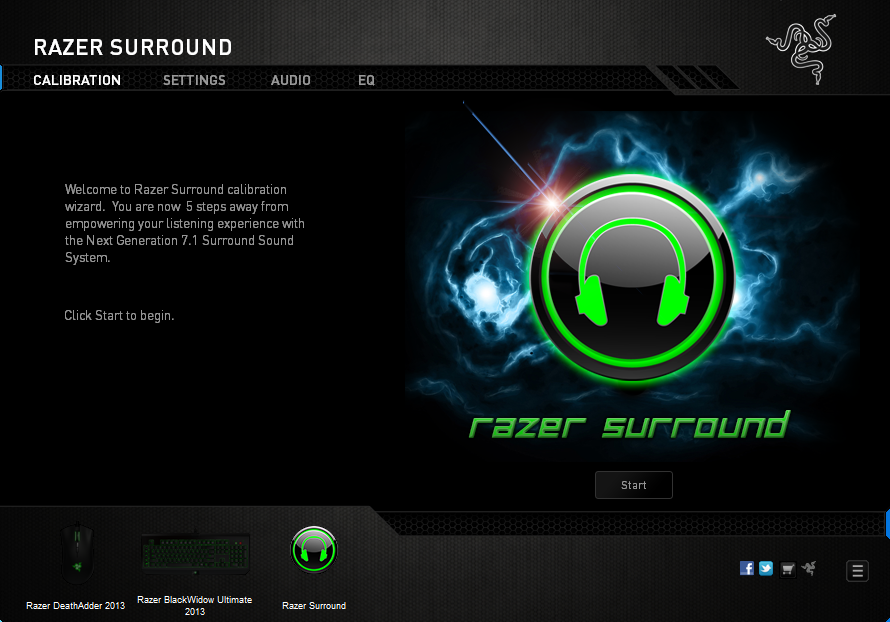 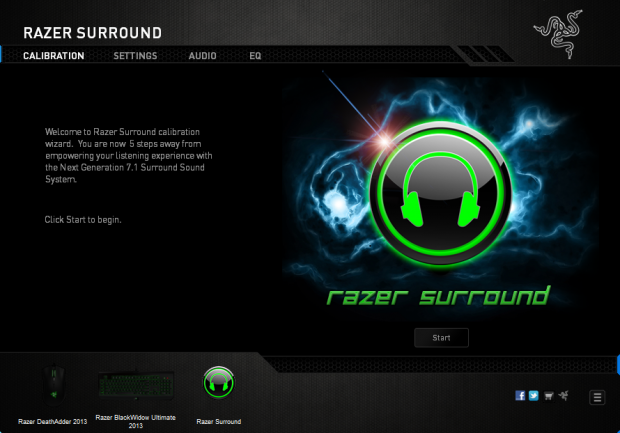 Often known for pushing the boundaries of physical PC and console peripherals, Razer has made a very cool entry into the “software peripheral” market with the release of “Razer Surround”. Razer Surround is a software which promises to provide virtual 7.1 surround sound on any stereo headphone setup. Our review copy of Razer Surround has a clunky install app but we were assured that the release build installer would be a lot more streamlines. Once installed, however, Razer Surround lives inside your Synapse control panel and is interacted with like any other Razer peripheral you may have in the software suite.

The thing that makes Razer Surround a step above traditional virtual surround sound systems is the way it can be customized for any individual. When calibrating the software inside the Synapse control panel, users can adjust which “direction” sounds most like the direction a sound should be coming from. This customization is vital as, on default settings, my basic stereo headset seem just “okay”. After customizing the sound, however, the system is tremendously-more impressive. 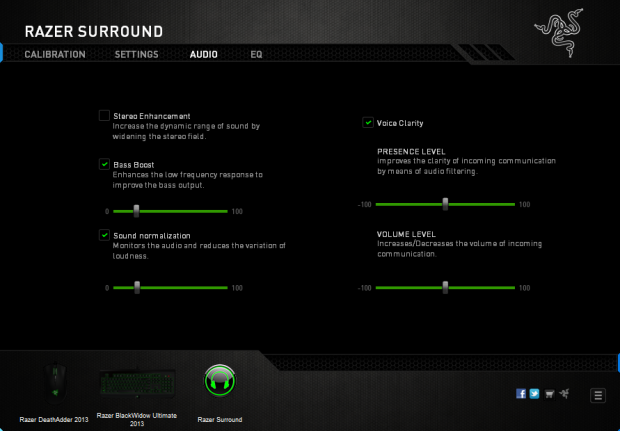 In testing the Razer Surround system, I basically installed and calibrated the software then went about my usual gaming routine. I played some Call of Duty: Black Ops II, StarDrive, Skyrim, and a couple other titles. To clarify the amount of gaming I did using Razer Surround, I only had the software for a few days to try it out and had to squeeze it in with other reviews and also trying to take care of things in the “real world”. That being said, I definitely noticed and appreciated the virtual surround sound in the first-person titles I played. In a game like StarDrive, the software really had no effect on gameplay. Also, while the surround sound effect is good, it is not always 100% believable and the  effect always seems to reduce bass levels all over. Razer has tried to compensate for this with a bass slider in their configurator software, but it too sounds a bit “off” when compared to true sound.

Overall, Razer Surround can add a lot of value to your stereo headphone system – especially if you can’t afford to pick up a true 5.1 or 7.1 headphone system. As a quick aside, this system does also work – albeit to a lesser degree, with stereo speaker systems! That being said, I would still use the software primarily with headphones that don’t feature true surround sound.

*Note: Razer Surround will usually cost $19.99. However, from now through the rest of 2013, Razer is waiving this fee in order to help raise money for Child’s Play. Starting in 2014, this software will resume its normal retail price.