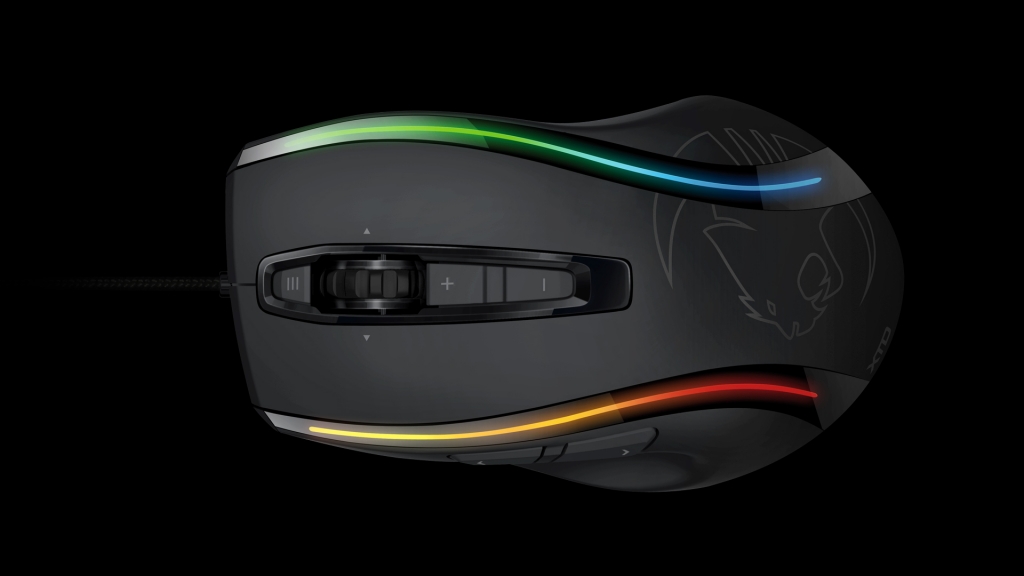 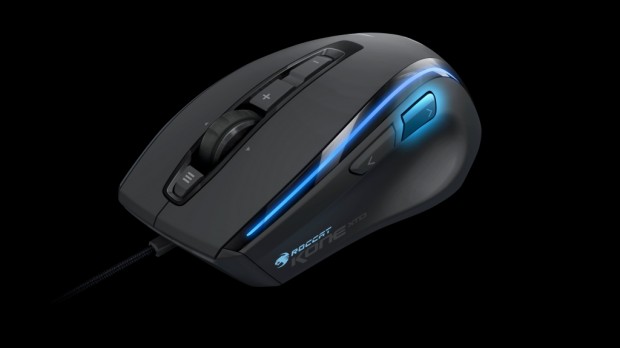 Weighing in at 123 grams (stock), ROCCAT has included several additional weight units so that you can customize just how heavy the mouse is to use. Personally, I like a heavier mouse that doesn’t move quite so easily when accidentally touched, but the choice is yours. Its braided cable helps alleviate tangling issues that rubberized gaming mouse chords are prone to. The biggest issue with the braided system is that it tends to be somewhat rigid and scratches against angled desktops or keyboard trays in use. I had to prop the cable up so that it didn’t cause a lot of drag while using the mouse.

The Kone XTD features a 32-bit Turbo Core V2 processor that allows the mouse to do all on-board calculations no matter what computer you have it plugged into. This processor also computes all of the gaming related functions such as the EasyShift[+] feature. EasyShift[+] allows users to switch out mouse button functions on the fly. By setting what two control options you want to assign to a button in the ROCCAT control suite (which is very stylish, by the way), you can switch between these two functions by way of a special button on the XTD. This effectively doubles the number of controls you have at your disposal without having to add buttons in uncomfortable angles and positions.

Perhaps its most interesting and unusual feature, the Kone XTD features a very cool mouse wheel. Called a “Titan Wheel”, it truly lives up to its name. Unlike those found on most gaming mice, the Titan Wheel takes 3Kgs of force to move in both directions. Even then, the movement is ultra-precise and smooth. It is truly a work of mouse wheel art – a standard which I hope other manufacturers will take note of. So, kudos to ROCCAT on a great mouse wheel.

It should be noted that the Kone XTD has been made for right-handed individuals. You strange, left-handed “muties” need to look elsewhere for your gaming mouse needs! 😉

Overall, gamers looking for a high-end gaming mouse with tons of customization for users, give the ROCCAT Kone XTD a look. Now, if you already have a ROCCAT Kone gaming mouse, you may want to hold off as you won’t get all that much more bang for your proverbial “buck”.