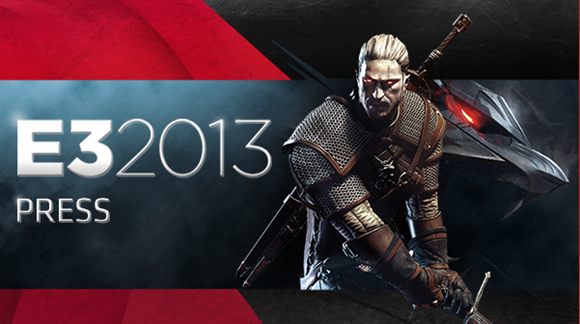 JUNE 10, 2013 — Today’s announcement marks a special moment for CD Projekt RED as the company unveils its plans to release the genre-defining threequel of the critically acclaimed franchise – The Witcher 3: Wild Hunt on Xbox One®, the all-in-one games and entertainment system from Microsoft. Bolstering the initial Xbox One games line up, CD Projekt RED believes that it can help set the course for next-generation RPGs on the next generation games and entertainment system from Microsoft.

“We’re really thrilled to be able to participate in this industry-defining moment and be among such critically acclaimed developers” – said Adam Badowski, CD Projekt RED Studio Head.

“There’s a lot of magic between the third Witcher and Xbox One – we felt it since receiving development kits some time ago. A lot of effort on our side was made to usher the potential of the next generation with a new kind of RPG experience – for the first time we could open the world to the extent we wanted and tell the story with the flair it deserves. I’m confident that we’ll deliver something groundbreaking and I hope, based on what we’ve released today, you’re seeing this as well.”, Badowski added.

“Microsoft delivered some pretty amazing technology and we’re extremely excited that we’ll be able to show the full potential of REDengine 3. No boundaries, no technological limitations – the hardware’s pure power and our creative vision will produce some outstanding visuals and unparalleled gameplay.” Said John Mamais, Head of Production at CD Projekt RED.

The Studio has also released an exclusive gameplay montage showing The Witcher 3: Wild Hunt for the first time ever – experience the tantalizing combination of sound and video here:

To provide even more background and insight into the development process, CD Projekt RED has also released The Witcher 3: Wild Hunt The Beginning, an epic video filmed in Scotland in which the team shares many details about the game and the creative process.

Watch The Witcher 3: Wild Hunt – The Beginning Video on YouTube.

During its presence at E3, CD Projekt RED will present exclusive video materials and behind-closed-doors live gameplay for press and partners. The Witcher 3: Wild Hunt will be released in 2014 and will be available on Xbox One, Playstation 4 and PC.