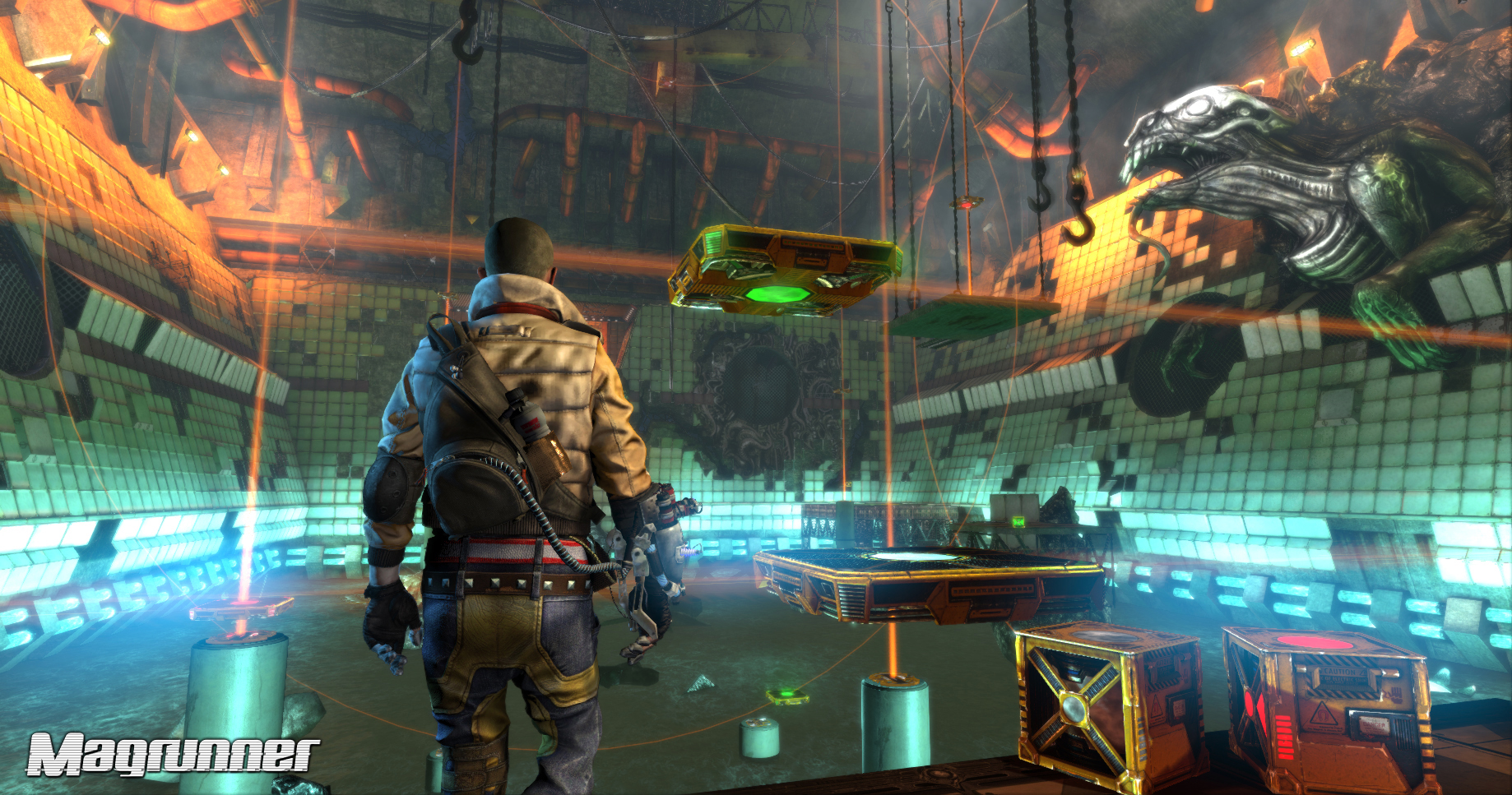 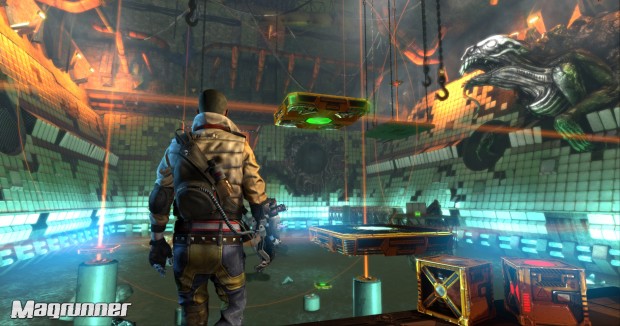 May 31, 2013 — Magrunner Dark Pulse, the action/physics game for PC, Xbox LIVE® and PlayStation®Network, today unveils more of its challenges in a new series of screenshots!

In the near future, in 2048, a handful of young and brilliant citizens have been chosen by Gruckezber Corporation to join the Magtech training program for space exploration. Equipped with a special glove using Gruckezber’s technology, the candidates have to solve their way through a huge maze of challenge rooms, by magnetically charging objects that will attract or repel each other. But when an earthquake disrupts the training program, what seemed to be the chance of a lifetime for the candidates will soon become a descent into folly and cosmic horror!

Today’s screenshots show some of the dangerous challenges that await Dax. The hi-tech training center in which Dax is testing his Magtech glove is being warped little by little, plunging irreparably into a strange and nightmarish world: that of Cthulhu and the frightening paranormal creatures it hosts.

Magrunner Dark Pulse will be released on PC, Xbox LIVE® and PlayStation®Network. 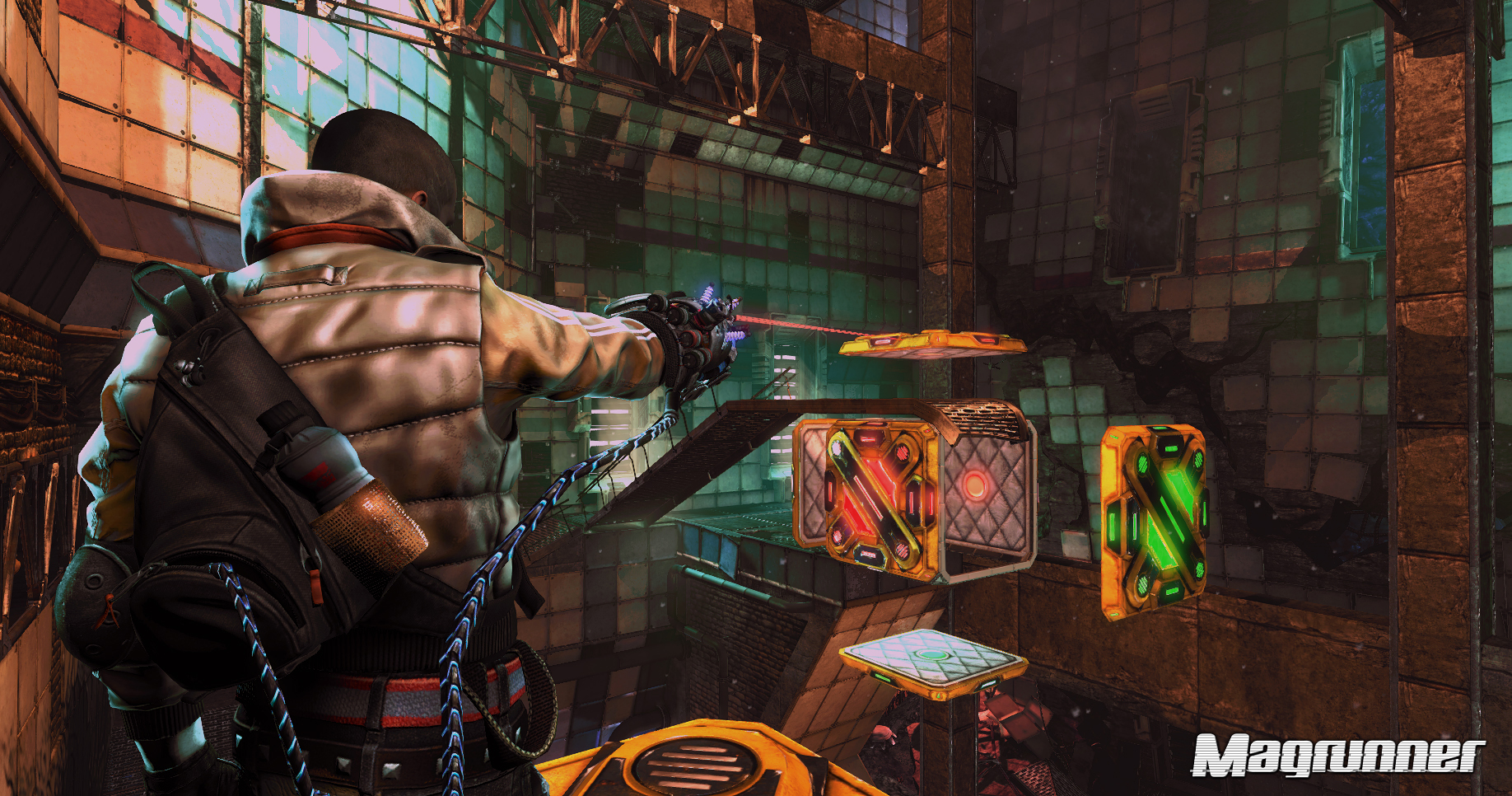 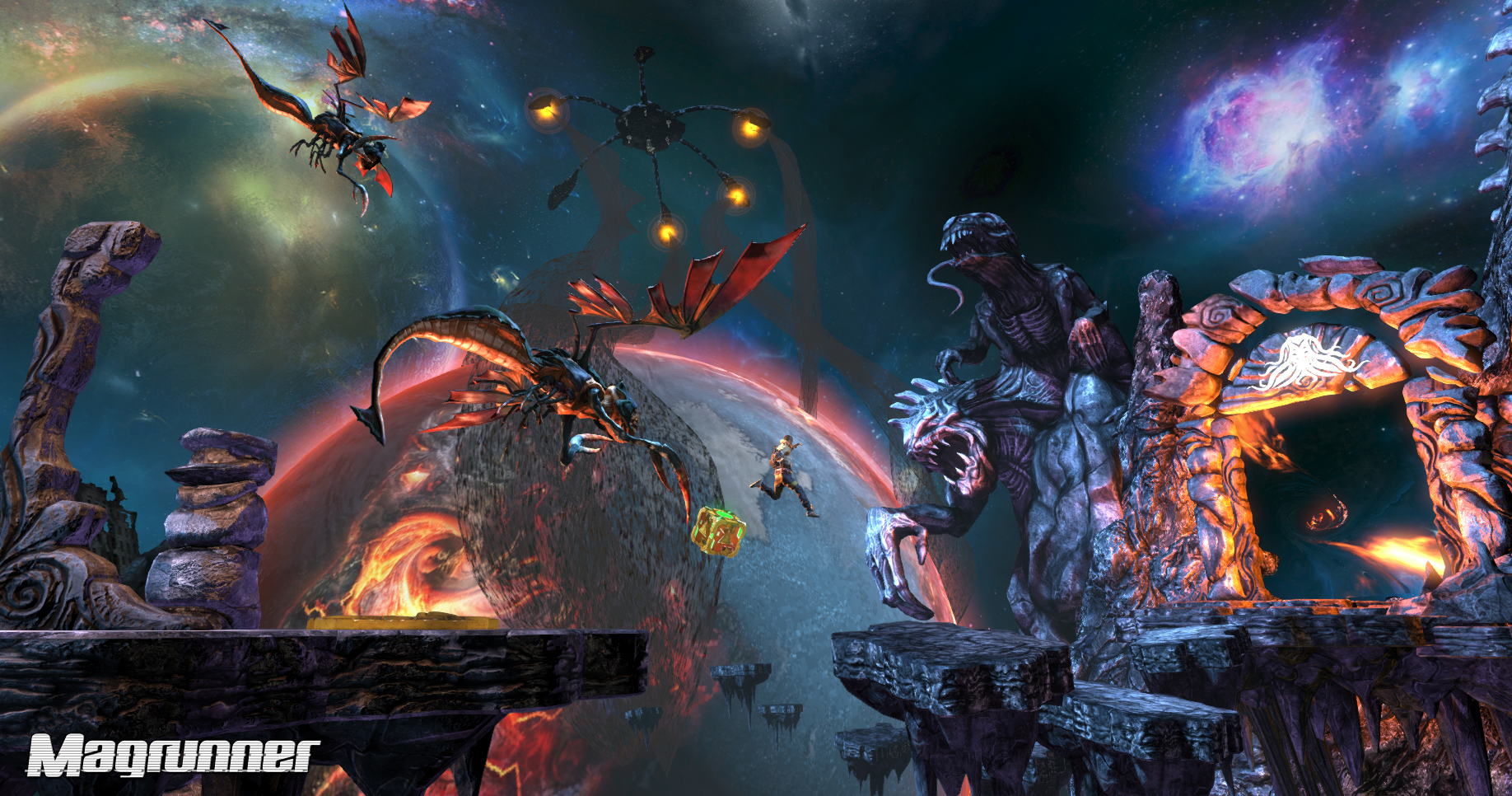 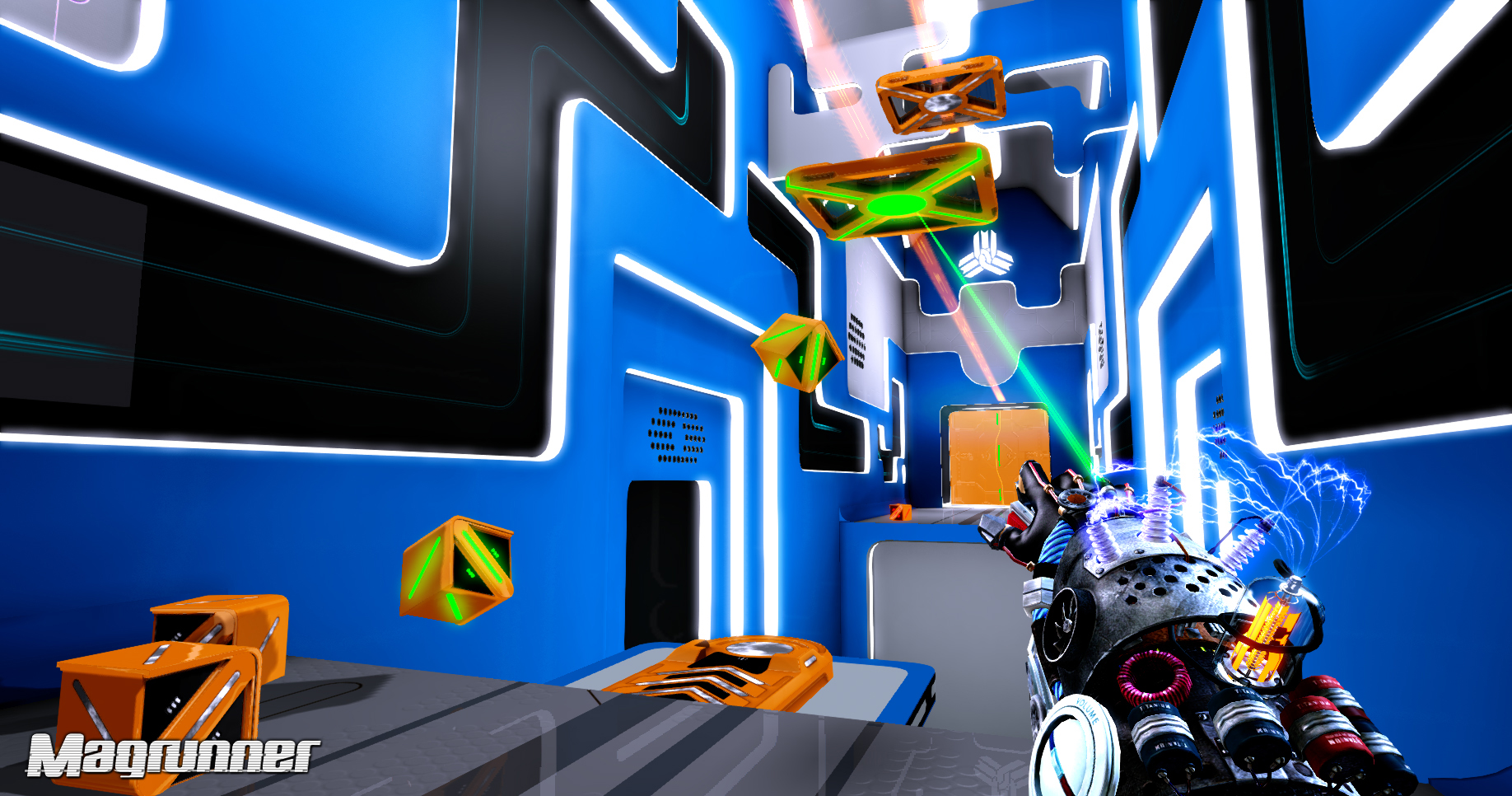