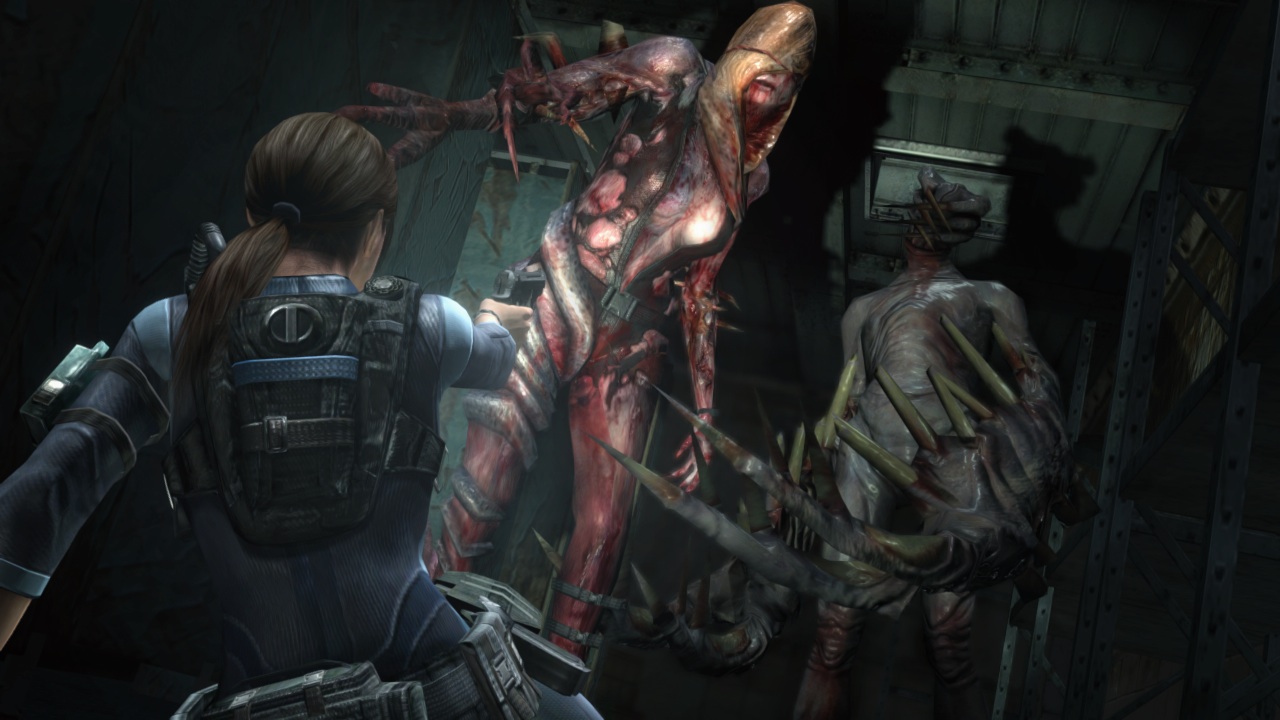 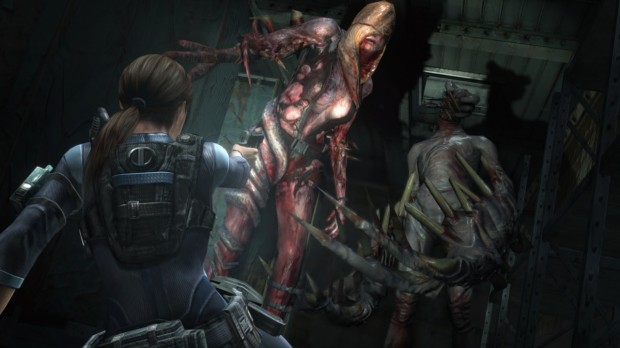 Capcom’s latest Resident Evil title, Resident Evil Revelations, takes a step back and fills in the story between Resident Evil 4 and Resident Evil 5 while offering up a more traditional approach to survival-horror gameplay that the series has lost with more recent entries. Read our full review below!

Resident Evil Revelations is based on the Nintendo 3DS title of the same name and, in essence, is pretty much a higher-resolution version of that game.  Revelations puts players back into the boots of original Resident Evil protagonists Jill Valentine and Chris Redfield as they explore the creepy and adrift sea vessel, “Queen Zenobia”. As you would probably guess by this game’s IP, something has gone terribly wrong on the Queen Zenobia and zombies, crazy mutations, and all manner of creepy-creatures now infest its quarters and atmospheric corridors.

Revelations has turned its back on the more action-oriented style of modern survival-horror games like Dead Space, Resident Evil 5, and even some Silent Hill games. Here, you will do a lot of slow exploring and looking for keys to unlock specially-marked doors as well as trying to figure out how to solve puzzles. Creatures have also slowed down some when compared to Resident Evil 5 and 6 to match as not to overwhelm players. Again, going back to earlier Resident Evil play models, Revelations makes players keep a close eye on their ammo usage and manage inventory space.

Moving about the game is smooth enough, however shooting while the ship rocks about takes a bit of getting used to. Most combat encounters are similar – a creature appears in front of you and trudges towards you while you shoot at its weak points. Again, this is very much what Resident Evil’s combat was about in earlier games. 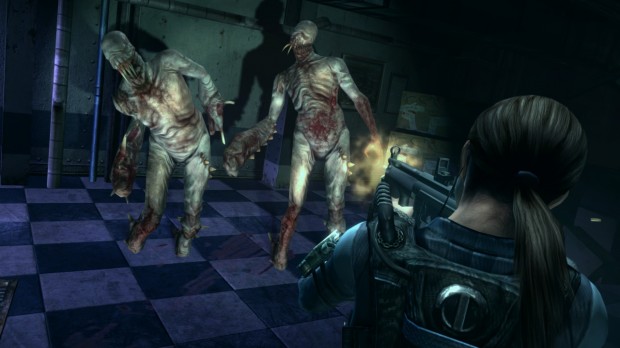 Visually, this higher-resolution version of the game looks somewhat dated. On the smaller screen of the Nintendo 3DS, it looked incredible. “Blown up” to 1920×1080, things don’t exactly have Far Cry 3 levels of polygon counts. A lot of reviewers are marking the game down for this and, while it does have to affect the score overall, the game doesn’t look “bad” in the least and the slightly dated style actually worked for me, given its return to grass-roots survival-horror. The game’s audio is well-implemented and voice overs have a B-movie style to them that early Resident Evil games were full of. I am not sure if that’s what the actors and voice directors were going for, but I am assuming it is given the classic survival-horror nature of the game. Furthering this point is the game’s storyline, which is completely over-the-top. Even the most devout fans of FOX’s “24” will be left scratching and shaking their heads at its craziness. It’s a real hoot, to say the least.

Overall, Resident Evil Revelations is a welcome return to what survival-horror was conceived to be. That’s not to say that the more “run-and-gun” style of contemporary survival-horror titles is not fun, it’s simply not what Resident Evil was known for before the last few games. I imagine this will somewhat polarize younger gamers who did not play the earlier RE titles but, let’s face it, those whippersnappers need to learn sometime!