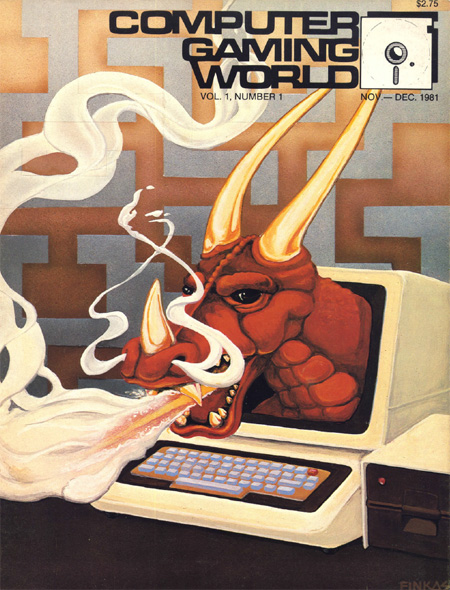 I have been a computer gamer since I was a wee lad playing The Oregon Trail on my elementary school’s Apple II computer. From there, it increasingly-became a part of my daily life. From hunting down the “Death Angel” in Sierra’s Police Quest to high-kicking in Karateka and all the great computer gaming memories that followed. Throughout all of this, there was always one magazine that I couldn’t wait to read: Computer Gaming World. Starting in 1981, the magazine ran for about 25 years until its demise in 2006. For a long while, it was the only source of information on computer game design, hardware, and gaming in general. If you are a youngster, mashing away at the buttons on your Xbox or PlayStation controller, you probably have never heard of this magazine. Unfortunately, you might never get the chance to read it and find out more about your gaming roots – that is, until now…

The good people at the Computer Gaming World Museum have finally completed their epic mission: To collect and digitized EVERY issue of the historic magazine! At the CGW Museum, you can find PDFs of every issue released. I urge everyone to download one of the issues and take a gander. These pages will give you a new perspective on your favorite hobby. We at GamingShogun.com thank the hard workers at the CGW Museum for their efforts. They have secured for posterity a very important part of computer gaming’s past.

* Btw, that “thing” on the upper-right corner of the magazine cover shown above is what we called a 5 1/4-inch floppy disk. Software used to come on them. Heck, for a while, Apple computers hosted their entire OS on them!