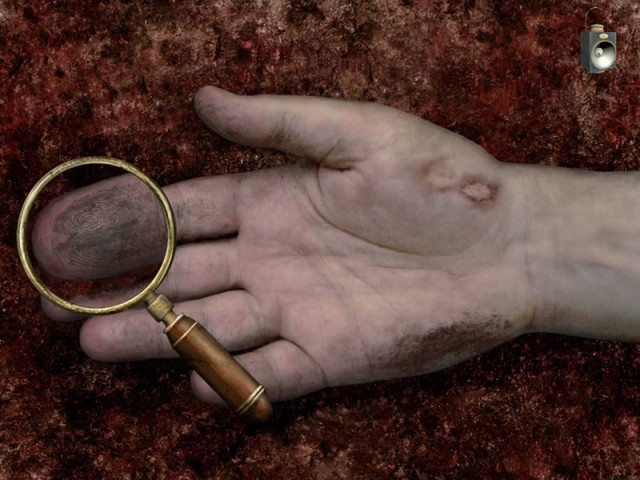 If you thought this game would be a great family friendly adventure like some other puzzle/adventure titles, you would be WRONG.  Unless you want your kid to have nightmares, don’t get this for your family.  Some of you still will, the same parents I see at R rated horror movies with their brood creating the next generation of adults who blame their parents for all their neurosis, in this case somewhat justified.  Now, that being said, Sherlock Holmes: The Awakened is a great, dark tale where the famous sleuth probably wished he was in the “Hound of the Baskervilles”, which seem like Scooby Doo in comparison. 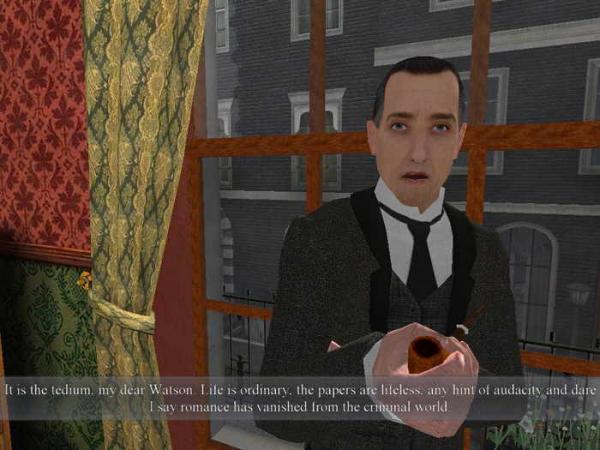 The game’s visual style and graphics are decent, but not great. The biggest visual disappointment being the low poly counts. However,  the recent HD detail upgrade to the environments is spot-on and definitely increases the game’s visual quality.  The sound is very solid with good voice acting and I highly recommend playing this in a dark room with a headset on because the audio is really immersive.  If you let go of the graphic issues and go with the story and let yourself get taken up in it, you’ll find the game afoot quick enough!

The controls were a bit clunky at first and I found that playing in first person point of view was much more immersive than the third person. However, third person controls seemed easier to get the hang of.  Cut scenes will often “pop” the camera to 3rd person regardless on your choice but, once I got used to the controls, I was hooked on the first person view all the way.  The clunky controls are really not much worse than most first person games suffer from when getting ported onto the platform, so stick with it.

The famous detective Sherlock Holmes and his trusted assistant, Dr. Watson, are investigating a mysterious kidnapping case.  Almost immediately, they are confronted by a formidable organization that worships a primal god: Cthulhu. This bloodthirsty sect seems to be ready to do anything in order to carry out its mysterious work against which only the great detective has the strength to fight.  It is up to you to uncover the threat that is menacing humankind; It is up to you to stop the activities of this organization!  The game’s story melds Holmes’ rationalism with H.P. Lovecraft’s supernaturalism quite masterfully, and “The Awakened” leads you from the undergrounds of London to the isolated summits of Switzerland. From the sweltering bayou of New Orleans to the dense Scottish fog… Guaranteed thrills. 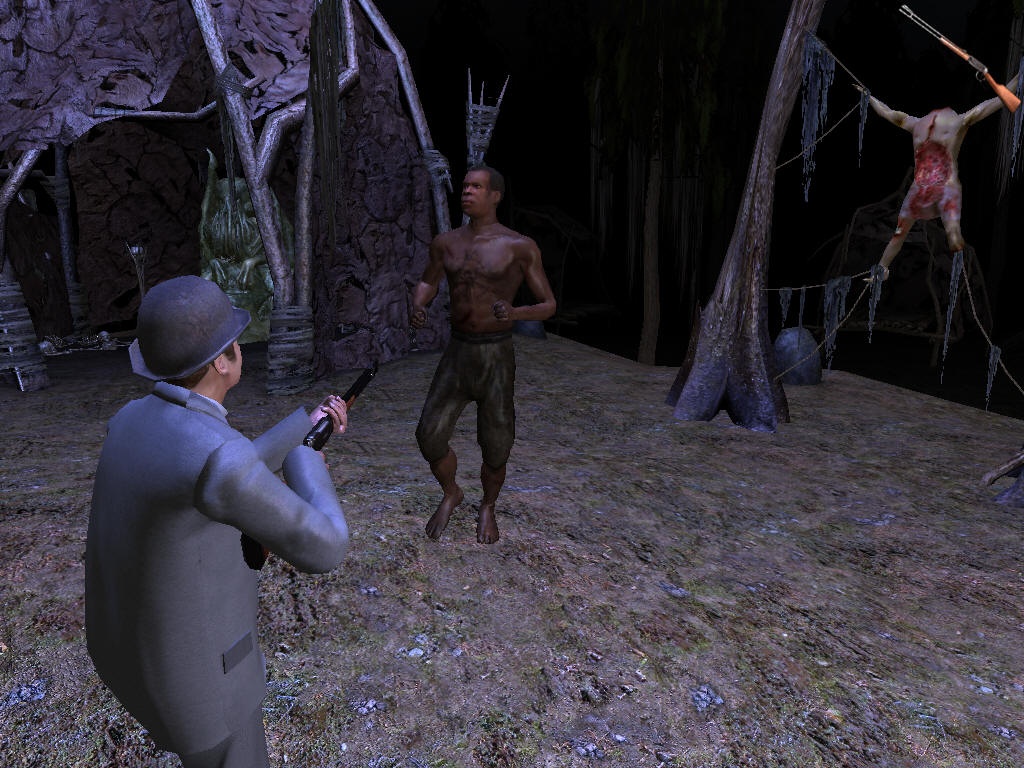 This game is so wonderfully creepy.  It is definitely the cross between an Arthur Conan Doyle classic Holmes with a supernatural world right out of Lovecraft, and it is unflinchingly-dark.  You get used to doing the puzzles and receiving a cool and informative cut scene as a reward when, suddenly, a cutscene will happen that makes you stop a second and go “whoa” then “ew” in the same breath.  At one point or another, I have read all of Doyle’s cases he created for Holmes so I am extremely sensitive to tone in story telling when it comes to the famous sleuth.

This is one of the ways this game is different from many of the puzzle games of a similar feel and look.  Most of them rely on hidden objects and pictures and while you do have to examine a room it is to find the clues not a random group of items with the clue among them.  The other thing they rely a lot on is moving puzzle piece games to solve an issue where this game only uses this technique to pick locks, otherwise it is all about sleuthing.  So you look at a room, see a book on a table and the book might have a bunch of symbols.  Quite a while later in the game you may come across those symbols and more at a doorway and it is up to you to remember you saw it and check your journal to figure out which symbols and order to push.  You see a corpse, you can zoom into the area around the hand but then you have to take the magnifying glass and move it around the hand until it lets you know it discovered a clue, often the one you were looking for yourself.

In this sense of the game is really the key to how it plays out a bit different than most games of it’s type.  Usually you are the character solving the puzzles which solve the mysteries and the case.  At a couple points you do seem to take on the persona but you don’t make the deductions, it is always Holmes or Watson, your sole job is discovering clues that can be addressed in cutscenes.  It strangely makes you feel like a third party at times which I almost wish were the case, as though due to some issue a constable was supposed to tag along on the case due to some legality and it was himself rather than Watson bearing witness to the whole case and the craft of Holmes.  True that would be a departure from Doyle, but I think a welcome one. 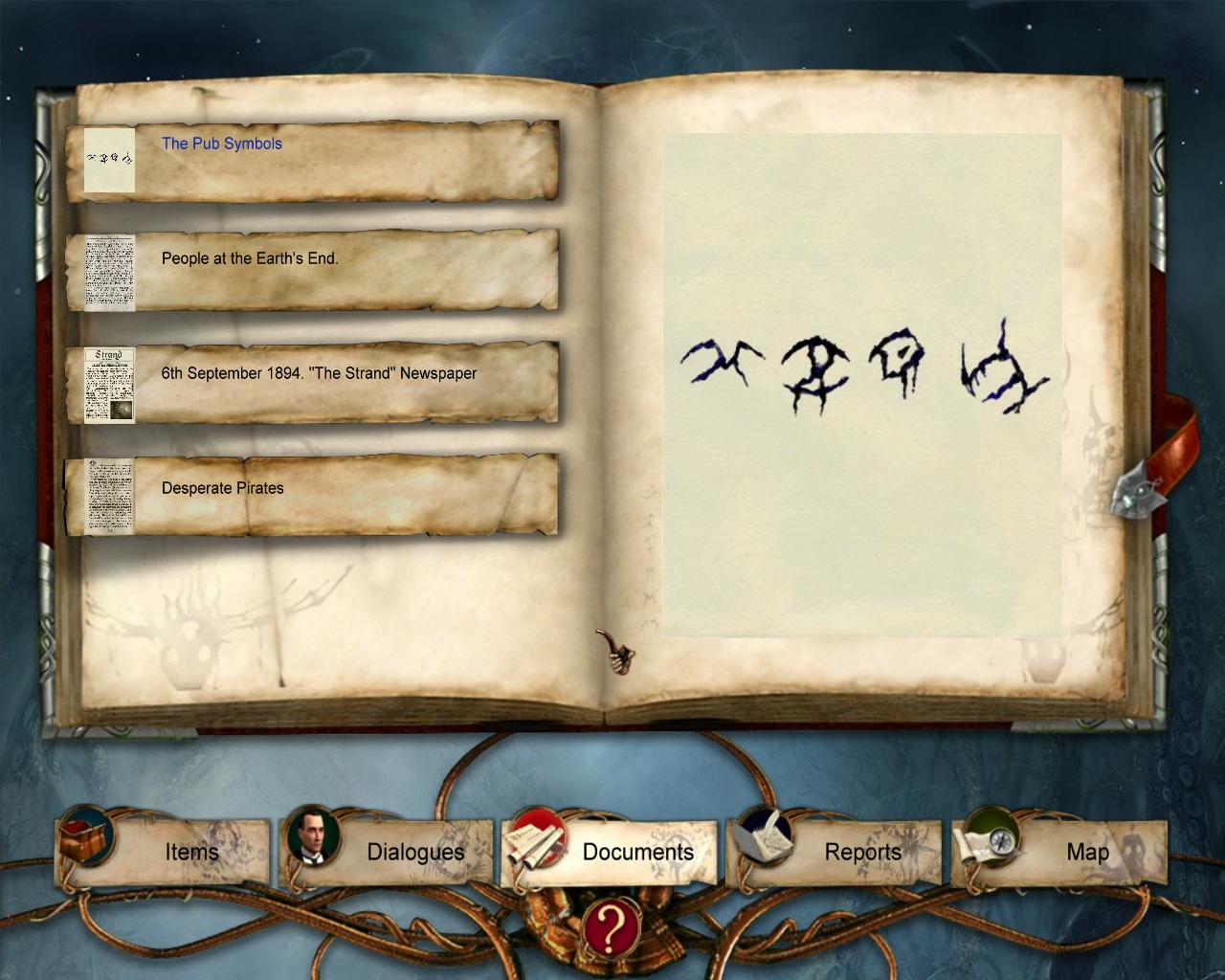 This is not for families!  This is an adult, dark, and clever Sherlock Holmes adventure and should be enjoyed in the comfort of a quiet, empty house, in a dark room, with the volume up high.