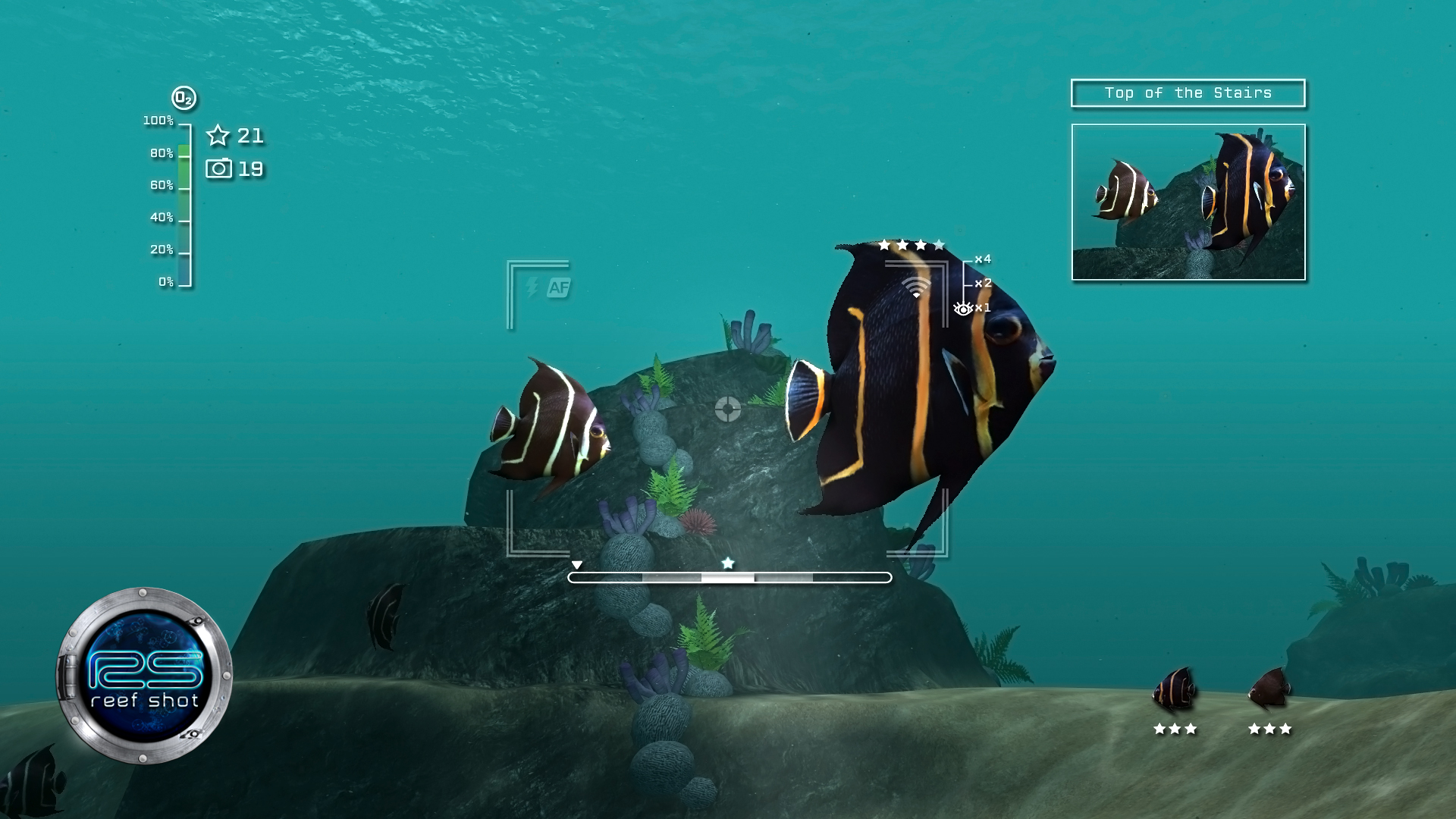 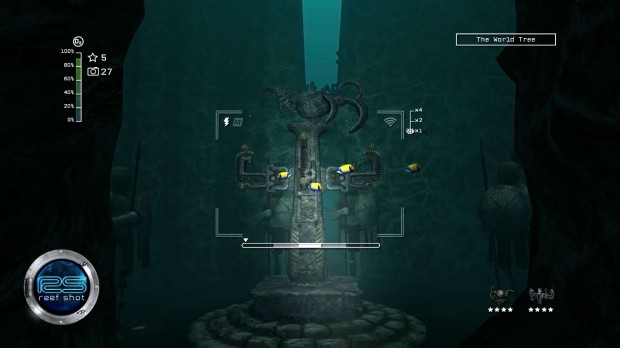 Nano Games has released a new underwater exploring and photography game called Reef Shot.  In Reef Shot, you are part of an expedition that is following the legends surround the lost city of gold, El Dorado.  Before I get into this review, a little bit of disclosure is in order.  In a former life, I actually worked as an archaeologist and spent many years studying New World archaeology, especially the contact period of the Spanish Conquistadors.  As much as I tried, I could not keep my archaeology training out of this review, so I will have to discuss where Reef Shot went horribly wrong in terms of actual history and factual evidence.  The issue with Reef shot is that when you stip out all of the historical intrigue that the game tries to build around certain myths, then the game is nothing more than an updated version of Pokemon Snap.

You play as Scott Burton, an underwater photographer that is working with an exploration group, consisting of a biologist named Renee Santone and her mentor, Professor Manuel Rodrigo Hernandez.  The focus of the team is the expedition of Lope de Aguirre, who was searching for the famed city of El Dorado throughout South America.  According to Reef Shot, de Aguirre disappeared mysteriously in 1561 and the team feels that his location and trail can be picked up on Isla de Robinson Crusoe on the western edge of Peru.

While exploring Isla de Robinson Crusoe, the team comes across some artifacts, beginning with a downed World War II Mustang fighter and leading to a sunken Mayan Temple.  In hopes of finding more artifacts, the team begins searching the remainder of the island and discovers the remnants of an ancient Mayan civilization that is connected with the 2012 apocalypse myth.

Ok, here is where I will warn you, fair reader, of my incoming archaeology rant.  I knew that the developers were going to frustrate me from the very beginning when they started the game with Lope de Aguirre’s mysterious disappearance.  Lope de Aguirre did not disappear, he was killed by his own men in 1561 after he lead a rebellion against the King of Spain while on expedition along the Amazon River.  Anyone who has done any type of research in the history of El Dorado would know this, so this expedition would have never gone to Chile with this information in hand.  Secondly, Isla de Robinson Crusoe is so far from where the Mayan Civilization was centered, that the use of the Mayans in this game was nothing more than a blatant grab at the 2012 Mayan fervor surrounding the apocalypse myth.  Since this game even missed a 2012 release date, that makes this attempt that much more pathetic in my eyes.

I know what the developers were trying to do, bend historical facts to make an interesting and captivating game.  This has been done before in smaller amounts, but in games when history is the center idea, it just comes across as bad research and writing.  The sad part for me is, after going through all of this in my head, the rest of the game was bland and not even remotely to play.

Reef Shot centers around the various dives by Scott Burton in discovering the various artifacts that his team is searching for.  You swim from beacon to beacon, with tasks to complete at each stop.  The tasks are just photography tasks, asking you to snap shots of various organisms for the biologist or Mayan artifacts as the game progresses.  When you snap a picture, the game will score your picture based on how it is centered, is it an action shot, and the detail that you can see in the photograph.  This score translates into points, which you can spend later.

The user interface is very simple, but is effective for what you need it to be.  You have your oxygen tank on the left side, your camera reticule in the center, with pictures remaining and your current score, and a compass to find your next waypoint.

As your dive progresses, you unlock new skills that you can buy with the points you’ve earned with your photographs.  These points can buy more pictures, more oxygen, or added tasks to finish before you head up.

There is nothing special here in terms of game play, at all.  Once you get past the storyline, everything else is barebones and just flat out boring to play.  If you can buy into the storyline of Reef Shot, then I can imagine the game becomes more fun to explore because you never know what puzzle piece you will discover next.  However, with my utter contempt for what Nano Games did to the storyline in regards to archaeology and basic historical fact, the game play had no chance to save the game for me and quickly became apparent just how much there wasn’t here.

Reef Shot is an interesting game to look and and to listen too.  The music actually fit the mood of the game, in creating a very relaxing atmosphere while you are diving underneath the waves off the coast of Chile.  The voice acting was serviceable, but the dialogue was just about as bad as I have heard in a long time.  Renee, who is pretty much the only one talking for most of the game, never comes across as a professional biologist, but more as a goofy tour guide at a wild safari park.

Reef Shot may be one of those games that was doomed from the beginning with me, even before I played one second of the game.  After years of training as a New World archaeologist, it is almost impossible to separate my training with creative license that the developers tried.  As I played Reef Shot, all I could think of was all of the historical inaccuracies that are in the game, and this took me right out of the entire experience.  All in all, I have played worse games in my lifetime, but Reef Shot could have easily could have been counted among them.  Just steer clear of this game, it isn’t worth your time.