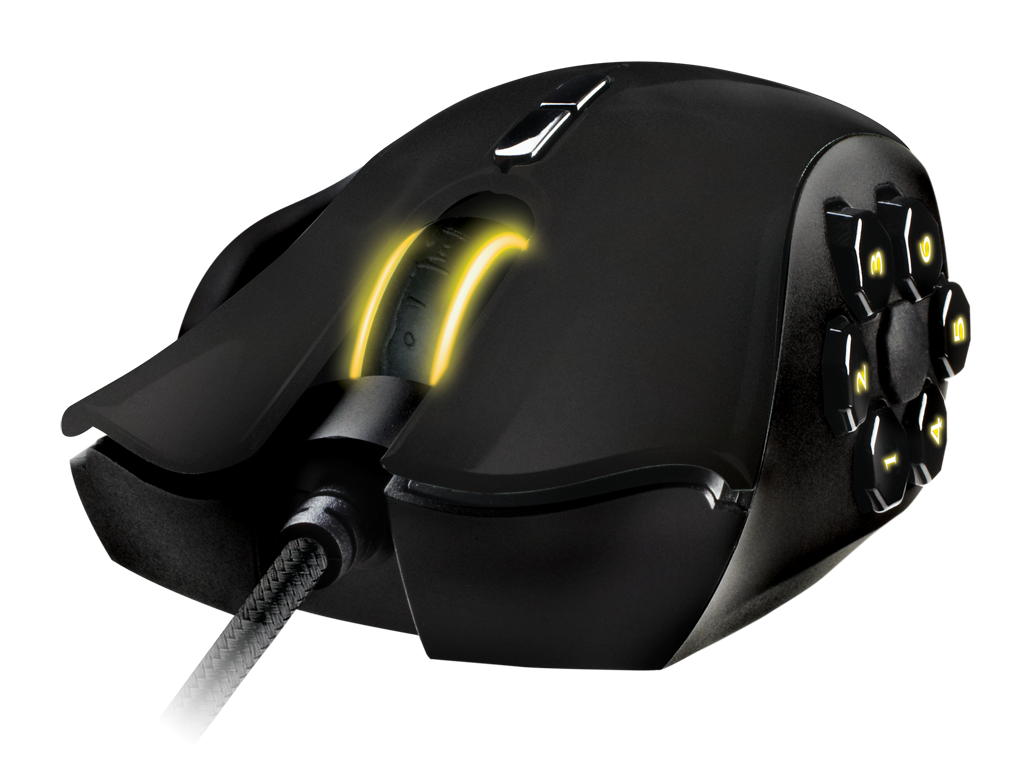 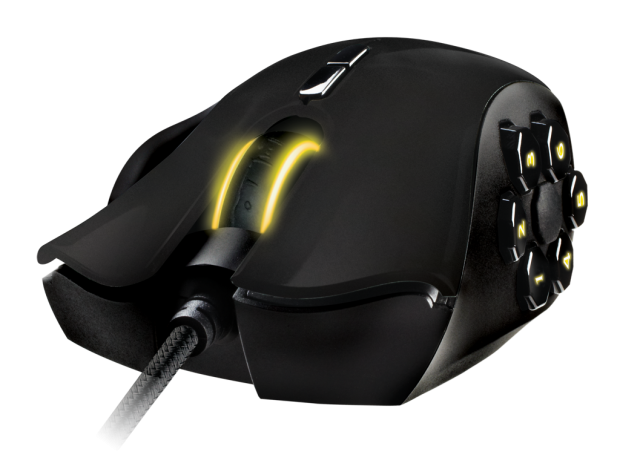 Razer has unveiled a line of “League of Legends Collector’s Edition” branded peripherals, made up of the Naga Hex gaming mouse and Goliathus gaming surface. The Naga Hex gaming mouse features a black mouse body with a lit-up, yellow League of Legends logo and mouse wheel on its upper half while the lower half of the mouse features some very smooth mouse feet and a 3.5G Laser Sensor capable of up to 5600 dpi sensitivity. Additionally, there is a slider switch on the bottom of the mouse that changes the default side buttons from the 1,2,3,4,5,6 keys to the key equivalents on the numeric keypad (page up, end, etc).

Like its non-branded sister mouse, the Razer League of Legends Naga Hex mouse is fully-compatible with Razer’s Synapse 2.0 software package. This makes it insanely-easy to setup and configure the mouse, no matter what PC you plug it into. The more Razer products I test that support their Synapse 2.0 software suite, the more I grow reliant on it and wish other PC peripheral-makers would follow suit.

The biggest selling point of the Naga Hex, as its name implies, is the six octagonal keys on the mouse’s left side. Unlike the buttons on most gaming mice, these are actually mechanical, which means that they are built to last – each rated up to 10 million clicks over their lifetime. The Razer League of Legends Naga Hex is also capable of registering up to 250 clicks per minute. This equates to about 6.5 clicks per second. This mouse has been intelligently-designed for MOBA gameplay – whether tournament level or public matches. The mouse will take every click you can throw at it and translate it to an action on-screen. Using the Naga Hex in League of Legends is very easy and user-friendly. Each of the six side buttons is fully-programmable and their mechanical construction means there is a nice “click” upon depressing them.

I was able to use the Razer League of Legends Naga Hex gaming mouse over the course of a number of League of Legends public matches, and was consistently impressed with its performance. The biggest issue I had in using this gaming mouse is its size. The Naga Hex is a mouse made for small to medium-sized hands. My hands are a bit on the large side and the mouse forces me to use it in a “claw” grip. I could not rest my hand on the mouse for comfort. Now, that being said, keeping your hand in claw grip might be fine for intense matches where your reflexes are key but, after a while, my hand grew a bit tired. It never cramped or anything, but I did not experience the comfort I usually do with larger gaming mice.

Overall, Razer’s League of Legends Naga Hex gaming mouse is a terrific investment for hardcore players of the game, as well as any other MOBA title. Its six mechanical mouse buttons make activating macros or abilities very easy and convenient while its on-the-fly sensitivity and laser sensor capabilities make it easily-adapted to other game genres as well. This product also comes with a code to unlock the barbarian king champion, Tryndamere, in League of Legends. 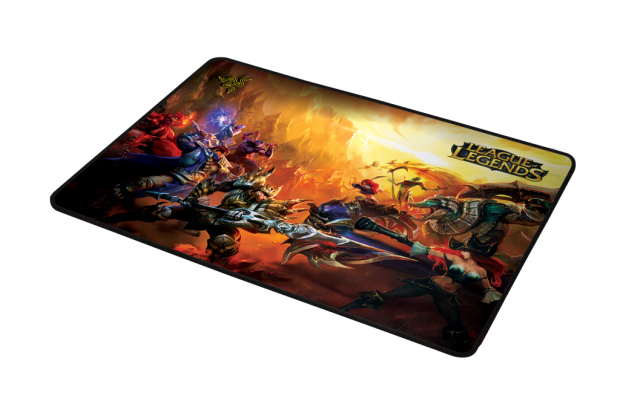 The Razer League of Legends Goliathus gaming surface was also sent our way and, as it is the sister product of the League of Legends Naga Hex, I wanted to make sure we included it in this article. This Goliathus gaming surface measures about 14 inches by 10 inches with a thickness of 3mm. Gaming surfaces, or, “mouse pads” as their ancestors were known, have always been a tad difficult to review. After all, what can one say about a thin piece of fabric? Thankfully, the Goliathus has a lot of good things to mention.

This version of the Goliathus is dubbed the “Speed Edition” due to its slick, weaved fabric. As the feet on the Naga Hex are already very slick, when you put the two together, the friction is all but non-existent. I was blown away by just how easily the Naga Hex glided around the mouse pad. Additionally, the Goliathus features a stitched edging which fray-proofs the entire design. This is such a bonus as I hate getting a mouse pad which begins to fray after a short while of play. The final “pro” of this gaming surface is its size, which is just right for the average gamer – not too big, not too small. Its over a foot wide and almost a foot deep, so you won’t run out of real estate any time soon – especially with the Naga Hex’s high sensitivity levels.

Overall, the Razer League of Legends Goliathus gaming surface is an incredible mouse pad in its own right and a great companion to the Razer Naga Hex gaming mouse. It also sports a cool look that League of Legends players should appreciate. This product also comes with a code to unlock the barbarian king champion, Tryndamere, in League of Legends. 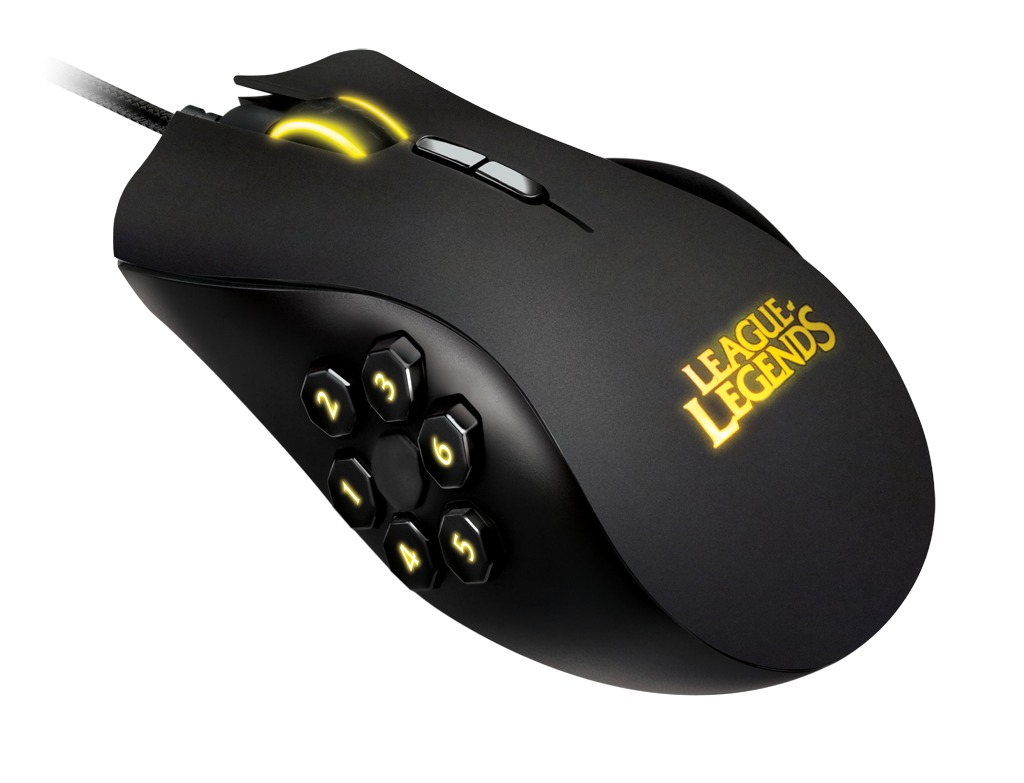 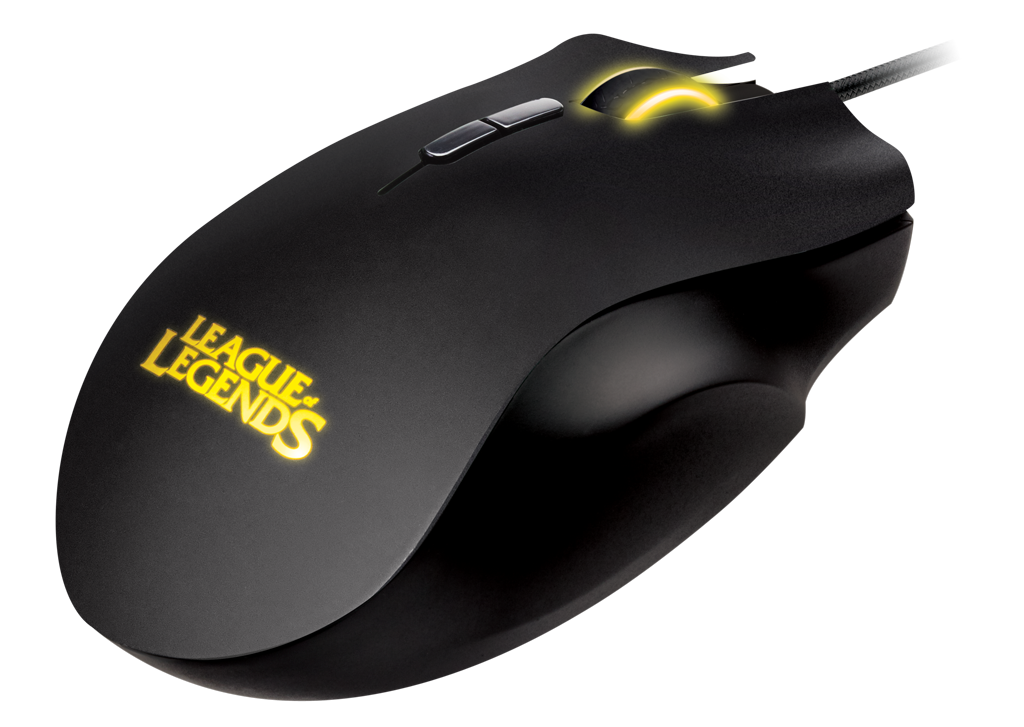 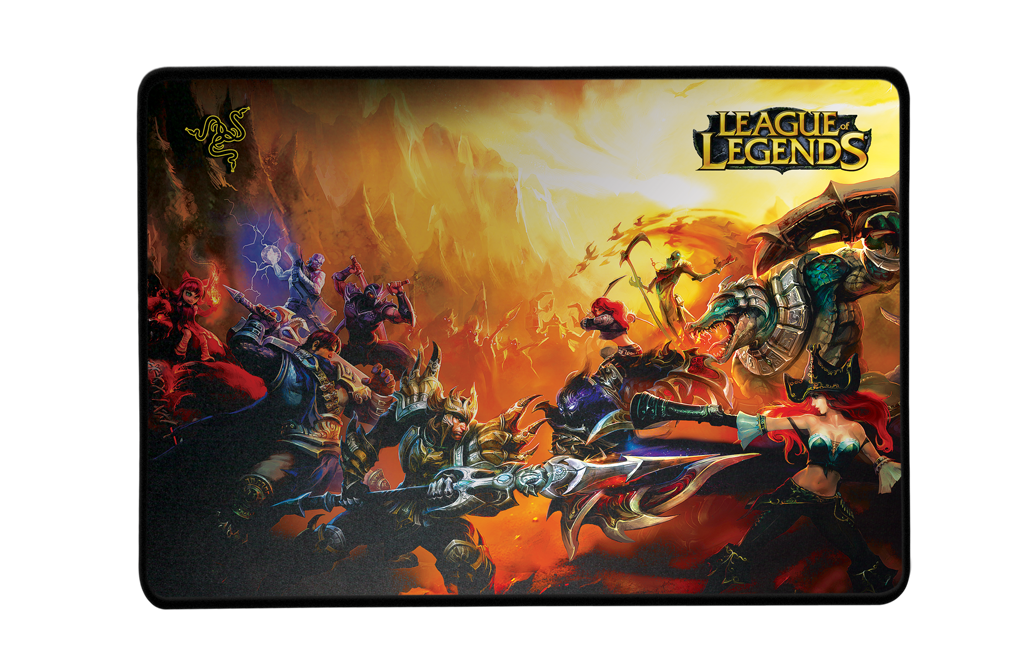 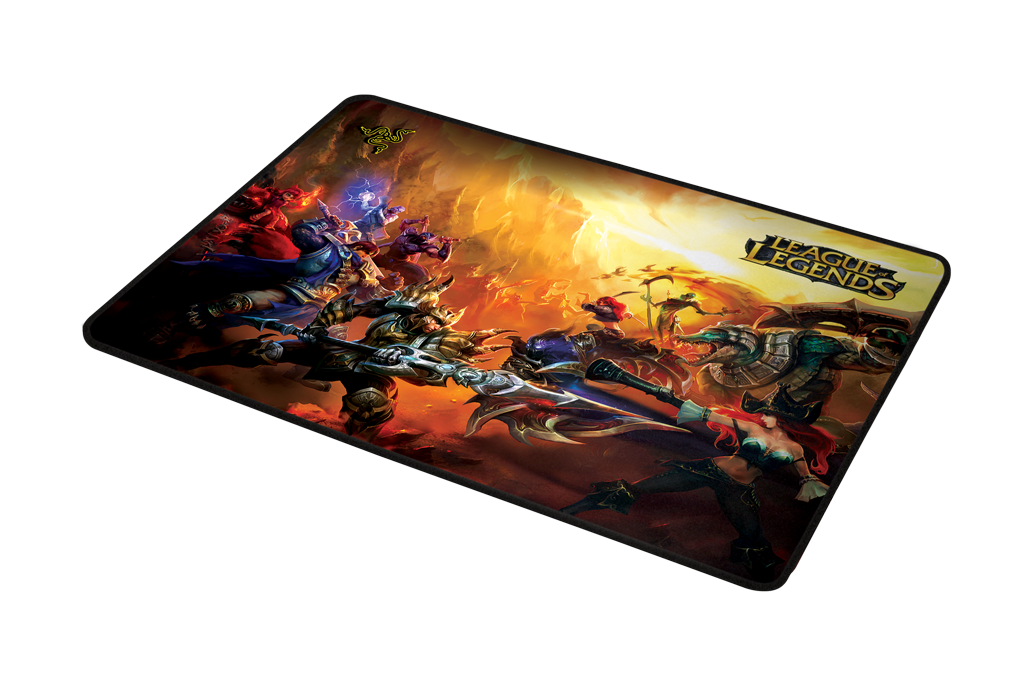 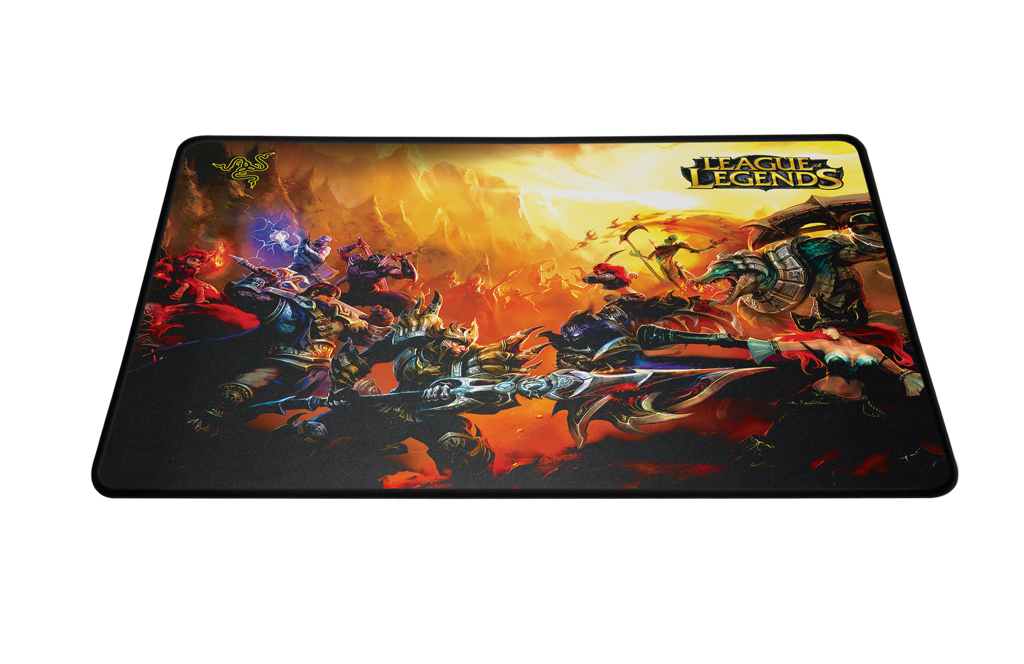