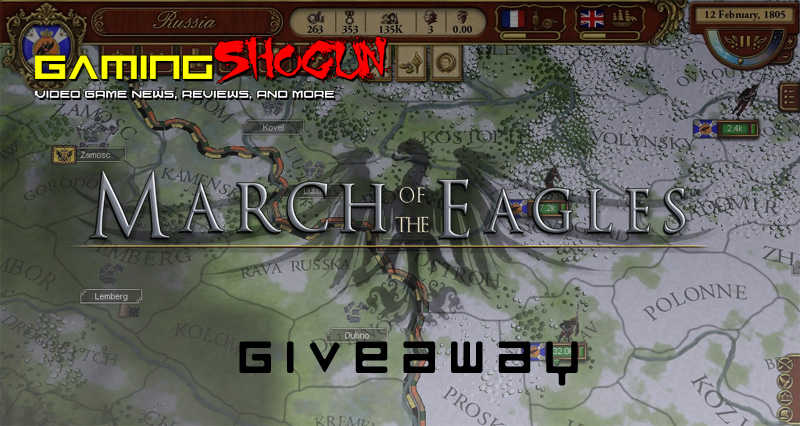 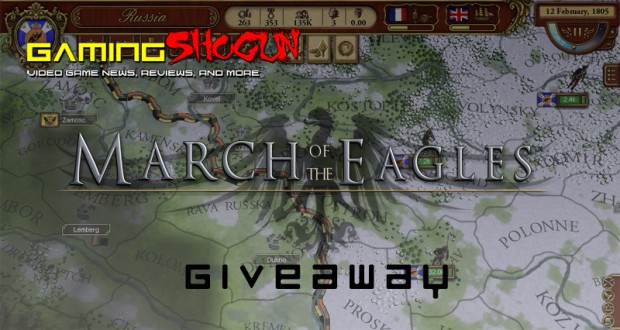 Update: Congratulations to @ercankazaz and @makahli for each winning a Steam code for Paradox Interactive’s March of the Eagles! I will be sending you DMs via Twitter, so look sharp!

We would like to thank the good people at Paradox Interactive for sending over two Steam codes of their new strategy title, March of the Eagles, so that we may give them to two random winners. The contest will end on Friday, March 8th, 2013 @ 11:59pm Pacific. You can checkout more on March of the Eagles over at the official website. More importantly, I would imagine, is how you enter this giveaway?

*This contest is open to anyone with a Steam account able to redeem the code. Each winner will receive one code for redemption. There will be two randomly-drawn winners. Winners will be announced on this post and on Twitter. If a winner does not respond within two business days, a new winner will be chosen.