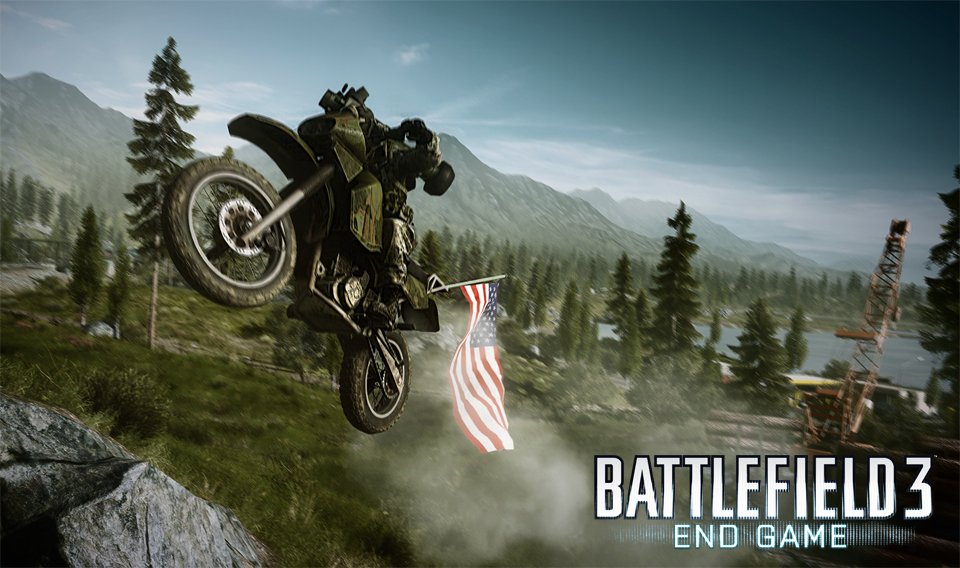 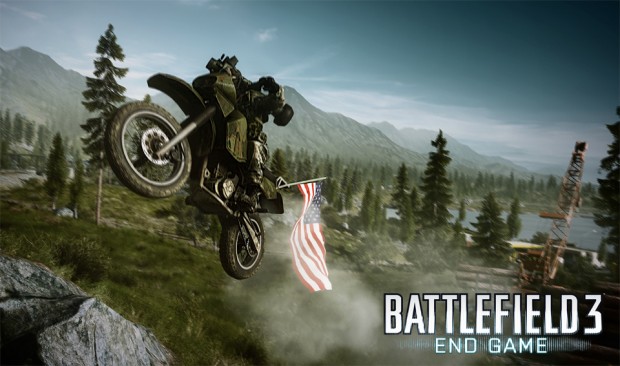 Electronic Arts has released two new screenshots as well as some details regarding the “high-speed capture the flag” mode in their upcoming Battlefield 3: End Game. This version of the popular CtF game mode utilizes in-game dirt bikes. Checkout all the info below! 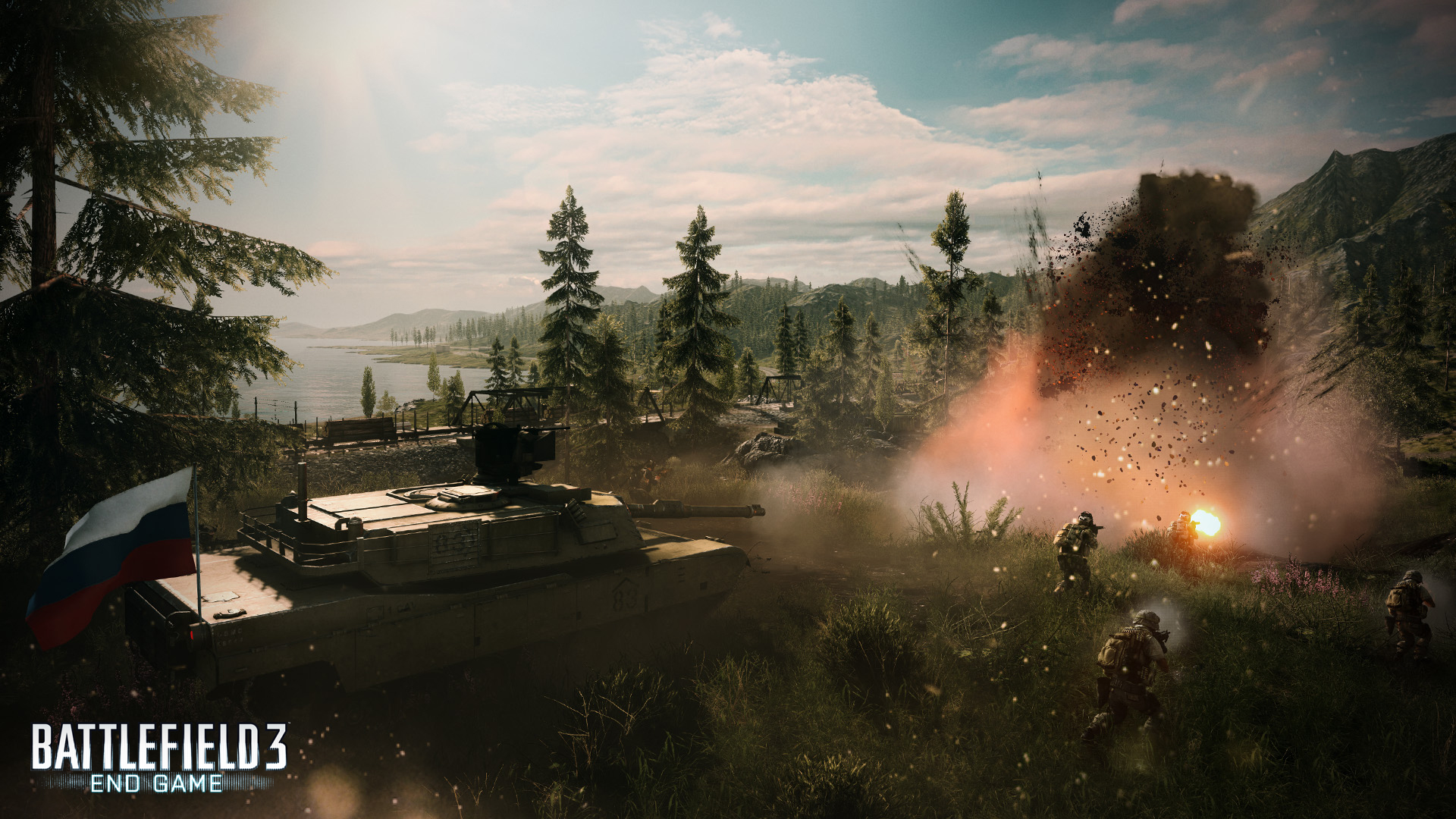 For seasoned first person shooter players, Capture the Flag is a classic game mode. Two teams fight for control over the enemy’s flag and need to capture it to score a point. Now, we are very happy to present our Battlefield take on this exciting mode in Battlefield 3: End Game – further broadening our range of available gameplay experiences.

The all-new End Game dirt bike is without a doubt the star of this game mode. It’s the perfect getaway vehicle for when you’ve snatched the enemy flag and need to wheelie back to your home base. The addition of a passenger seat means you can have some protection while boosting away from your pursuers.

The mission in Capture the Flag might sound deceptively simple: Hike from your starting base to the enemy base and capture their flag, then bring it home to score a point. The only problem is the enemy is trying to do the same to you – and if your own flag is no longer at your base, you are not allowed to score. This calls for a well-balanced mix of defense and lightning quick offense if you are to have a chance at scoring at all.

Capturing a flag is instantaneous. Just run over it to snatch it, then make it back home to score. Recovering your own flag that an enemy has dropped is not so simple, though. Rather, it is similar to how you would capture a base in Conquest. There’s a timer ticking down once you are within capture radius, and the time it takes to recover the flag is directly affected by how many friendly soldiers you have in the flag’s capture radius. Once it’s recovered, it will be automatically placed back home in your base again.

Once you’ve captured the enemy flag, it’s carried on the back of your infantry soldier or attached to your vehicle. While we love the fast and agile dirt bike, you will always have to weigh its speed against its low safety against enemy fire. If you would prefer a slower but more armored ride home, we’d recommend a jeep or tank instead – but whatever ride you choose, you will always be asked to make that judgment call whether speed or armor is your top priority at any given time.

Gameplay-wise, Capture the Flag  is highly dynamic with exactly two hot spots that can change at any time: The position of your home flag and the position of the enemy flag. For example, there’s no reason at all to hang back at your base if your own flag isn’t there anymore. You either protect your flag, snatch it back, or grab the enemy flag. Those are the only strategically sound actions you can take in a round of Capture the Flag. Coupled with the mobile nature of both flags, this means that firefights can suddenly erupt anywhere across the map and then suddenly change location again.

We hope you will enjoy this new addition to the available Battlefield 3 game modes come March (If you’re an old-time Battlefield fan you might remember we also had Capture the Flag already in Battlefield 1942, available as a free download from Origin). Stay tuned for more in-depth blog posts on End Game in the weeks leading up to launch.