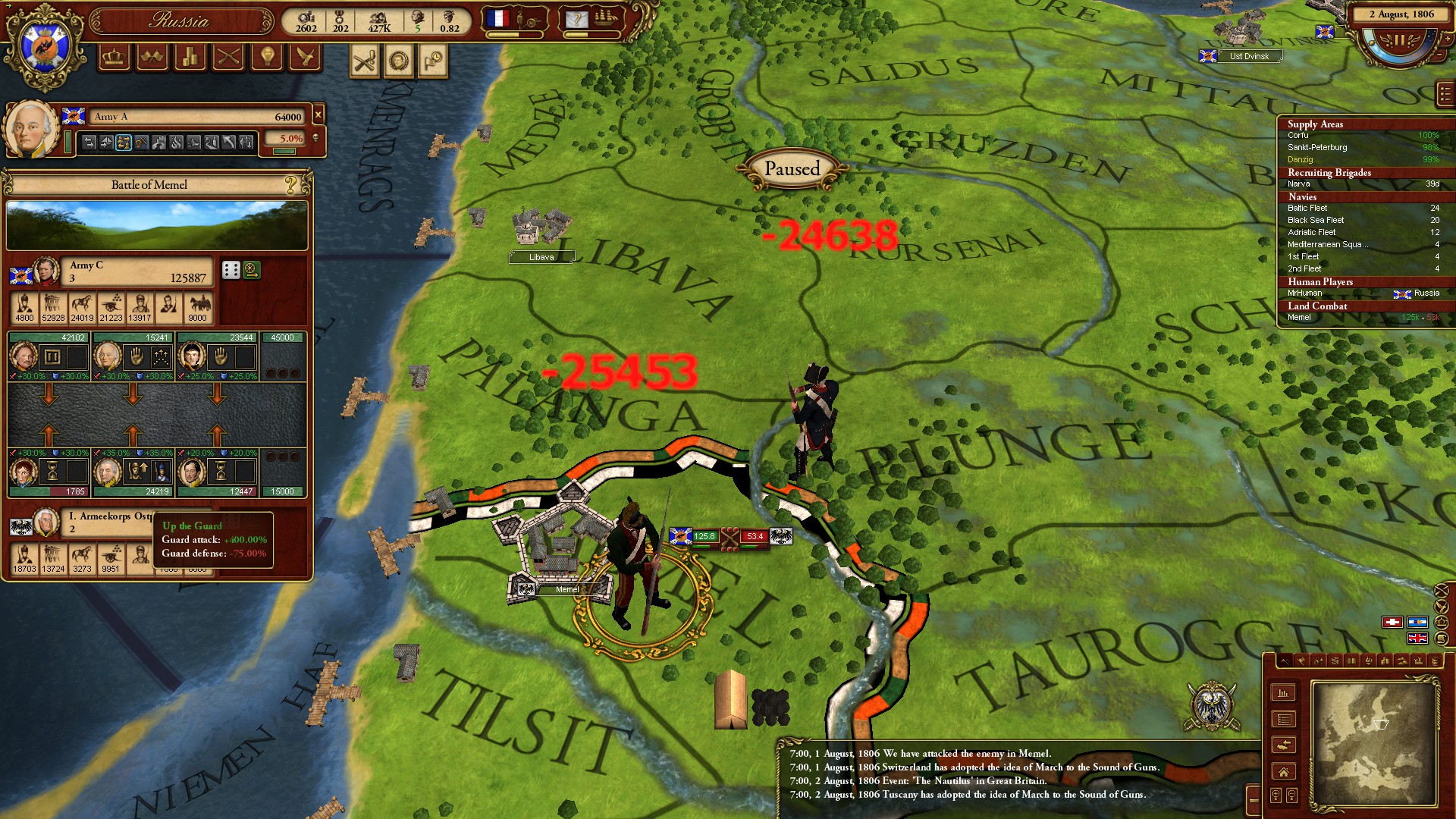 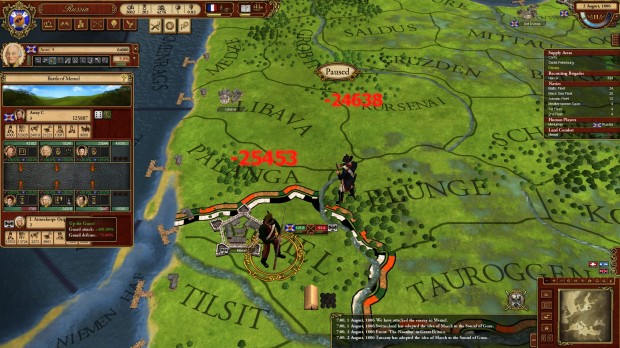 NEW YORK — January 16th 11, 2013 — Raise the regimental banner and beat the drums of war, Paradox Development Studio has been bringing you weekly updates on how their upcoming game March of the Eagles will give players the reins of power on a continent torn apart by war. Published on the official forums, these developer diaries gave details on the major nations, the art of Napoleonic combat, the subtle game of diplomacy and how to master the seas among other topics.

Read all the March of the Eagles developer diaries here: http://tinyurl.com/c9mvm7m

Now the development team has released their first video developer diary. This three minute video shows the map changing through seasons and other on screen action as Designer Chris King walks you through the finer points of the supply system in March of the Eagles. Learn how this two tiered model of feeding and arming your troops can lead to difficult decisions about what to build and where to expand.

With its early 2013 release soon upon us, it is time to learn all you can about the field of battle and how to keep your armies from wasting away on the Russian steppe.

March of the Eagles is a strategy wargame set in the turbulent Napoleonic Wars. You can lead any of dozens of European powers in a quest to establish yourself as the most dominant power on land and sea. Take control of any one nation of Europe in this geopolitical barfight, dispatch armies and envoys, raid supply lines, form coalitions and get with the times, already.

He who fears being conquered is sure of defeat. You keep that in mind, because March of the Eagles will be advancing on all fronts in Q1 2013.