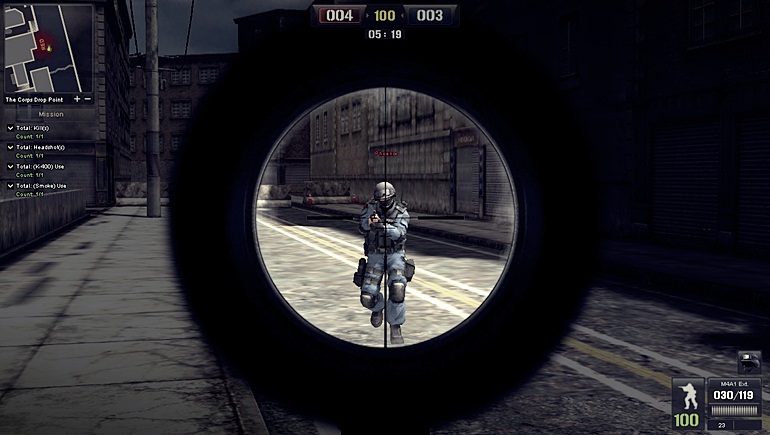 The only thing I love more than a good first-person shooter is a free first-person shooter.  A truly free first person shooter is near impossible to find because just about everyone of them is actually “free to play, pay to win” meaning they have micro-transactions that use real-world money to give you an edge over your opponent or help you level faster.  After wanting to fight the idea initially, I have grown to accept it for what it is: A necessary evil that gives people with money to spend an advantage but helps support development, expansion, maintenance and cheating countermeasures for the game and community.  The true test of a F2P FPS is whether or not the game is fun to play without investing money and, if that isn’t the case, how much before it is fun?

As is often the case more and more with online shooters, the storyline really doesn’t matter (if they even bother to put one in).  In this case you either play for the red team or the blue team and you have mission objectives – that is all the story you need. 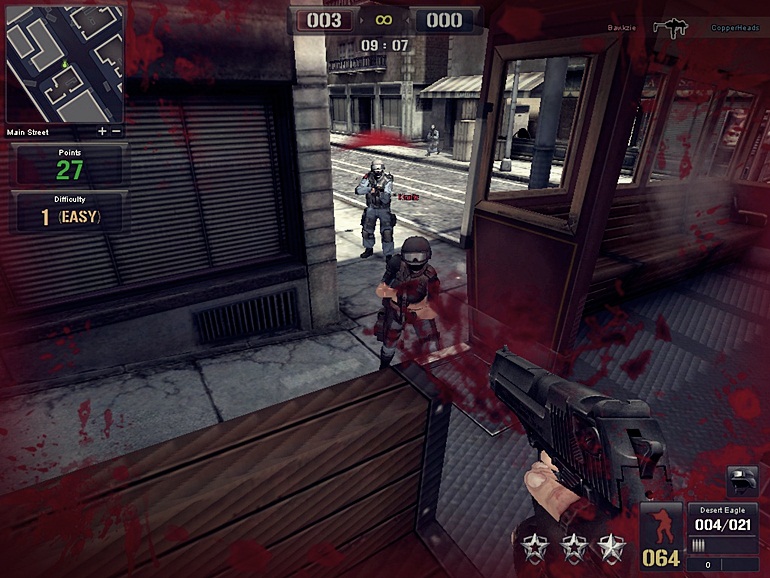 The graphics are very nice for a free to play game, particularly a first-person shooter.  There is a lot of detail in the characters and, particularly, the numerous game maps.  Character outfits come off as a little cartoonish but otherwise things are rendered very well with excellent detail.  Each weapon has its own sound effects so you know the difference between a shotgun and a Desert Eagle being fired and the sounds of map damage and near misses clanging off the helmet definitely add to the experience.

Gameplay: The meat and potatoes of any game. A game can look amazing and have dozens of maps but if it plays like a turd, it is still a turd.  Thankfully, Project Blackout has addictive gameplay and has taken steps that, if continually implemented, will keep the game going for a long time.

First off maps are all decently sized, even the smallest giving a bit of running room with the biggest actually giving players the opportunity to get lost and secondly there are lots of them so getting bored with them isn’t likely to happen anytime soon and they seem to keep releasing new ones already.  I spent my first couple of days playing just trying to try out and get a feel for as many maps as possible.  I didn’t even get into the weapon choice much to start with, I used the loaded one and picked up one I liked slightly better.  This actually works pretty good though a diversity of weapons when I gave them a try was a lot more fun because certain maps lend themselves to certain weapons and tactics.

Something that at first didn’t make much sense to me but did after a while is that except the weapons you get at load out you don’t own any of them, you only rent them.  The thought that people pay real money for a weapon they don’t get to keep seemed a bit hard to believe but it evens things out eventually because they lose access to the nicer weapons unless they buy them again evening the playing field or they pay and do a bit better at the matches for a while while paying for you to play for free.  For the most part the bonuses from weapons and character items only aid a bit in the match but they aid a lot in keeping the game going.  The fact that they can’t just be purchased once guarantees a continual revenue stream to support the game.  Rather clever actually.  Even if you want to pick up other people’s weapons that are dropped you have to pay for that privilege because it gives an advantage. 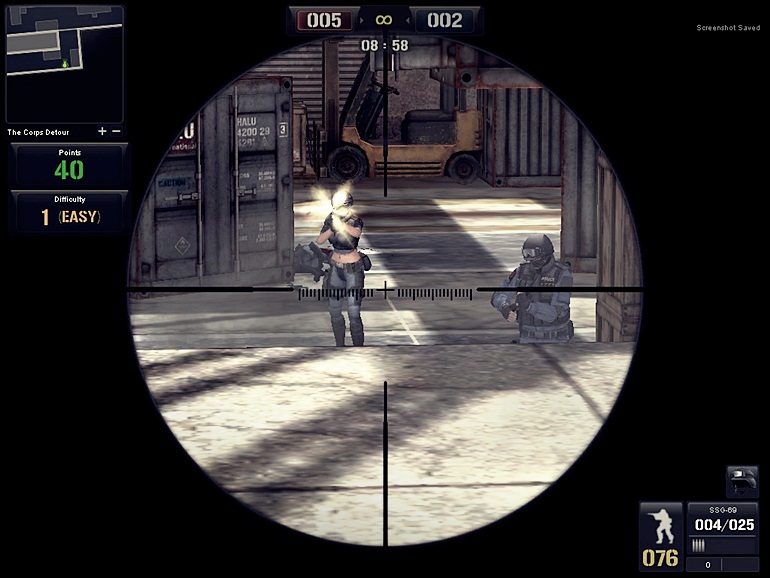 Besides these facts the game has the fairly standard mechanics and gameplay of a FPS, those familiar with the damage level of any of the biggies will be very satisfied with the damage structure.  To keep the game interesting ranking up is done in a little different way too.  For you to earn a rank you have to complete letters to form the word “POINTBLANK” and each letter is earned by completing missions for it, averaging four missions each letter.  The average mission is “achieve victory: o/1” or “assault rifle kills: o/2” so some maps and weapons work better than others for missions.  So ranking up is slow but not boring because it keeps mixing it up, once again keeping life and interest in the game.

Players are allowed to express their individuality by purchasing a mask that has creative looks to them as well as useful stats and they can also express them through their choice in dinosaurs.  Yes, dinosaurs.  There is a map mode where you have to keep dinosaurs from escaping first from an inclosure and secondly from a couple city blocks.  Either you are the dinos or the dino hunters and it  is one heck of a battle!

I normally don’t bring this part of the game community up because there are plenty of upstanding gamers but despite efforts by use of anti-hacking software, there is a massive hacking community.  The non-hackers tend to get together and invite each other into games but the hackers can be found everywhere, many of them not only not denying their hacking but acting proud of it, boasting how many they use.  The GMs are trying really hard to ban and get them under control but at this point they are rampant.  It is one of the only drawback in the game, one of the only frustrations which have driven me to take a few minutes break.  I am sure they will get control of it but just forewarned so you can be prepared for some ridiculous levels of cheating. 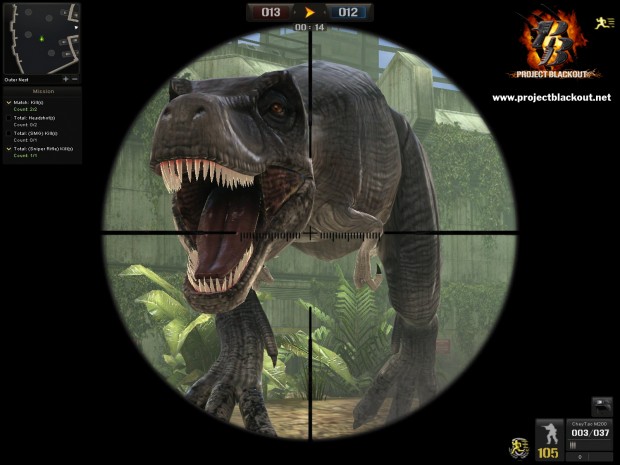 Project Blackout is a free to play, pay to win first person shooter but winning isn’t the whole battle or even the whole game.  In this case you feel like you are getting their monies worth with content and quality and a well built game.  Even with hackers I had marathon sessions on the game before spending any credits and even more after spending them.  As long as they keep up the great work I see myself continuing to have such sessions for the foreseeable future.  Do yourself a favor and give it a play, it’s free at first  and worth it if you pay. 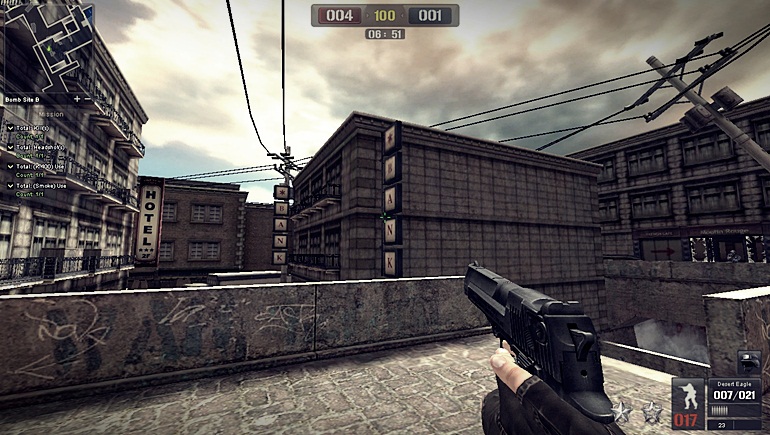 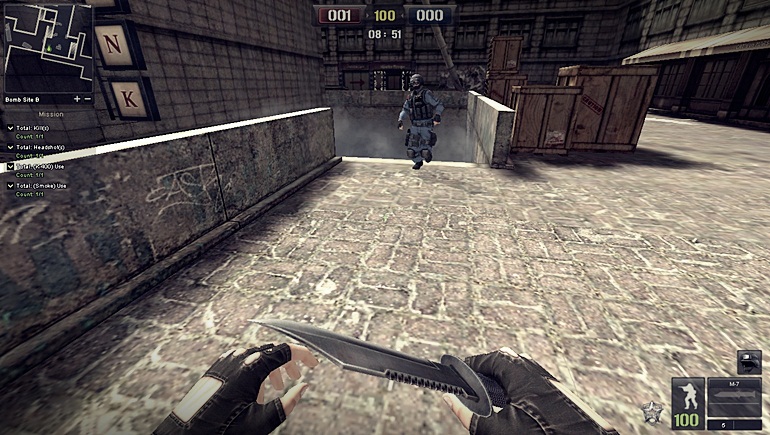 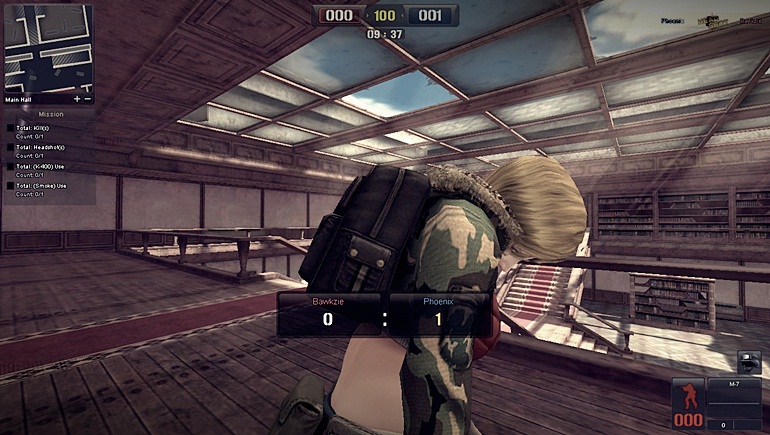 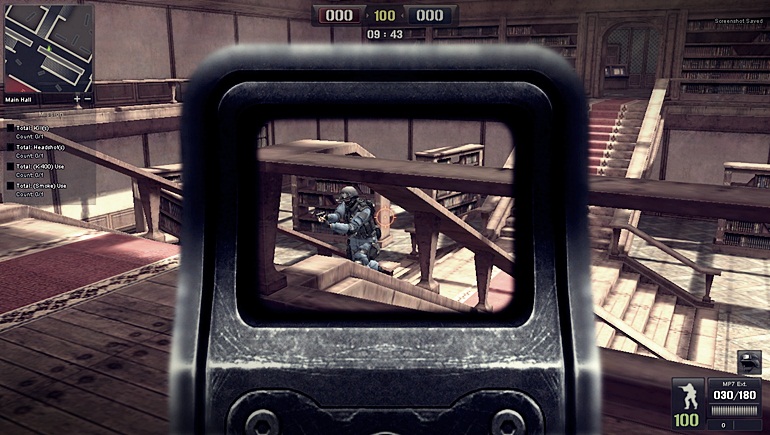 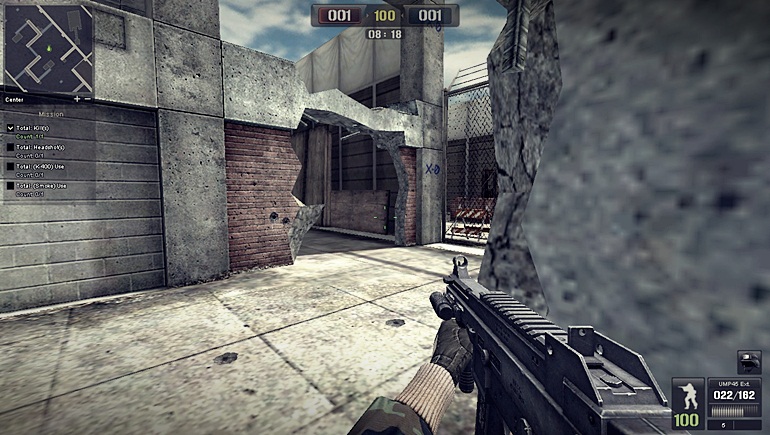 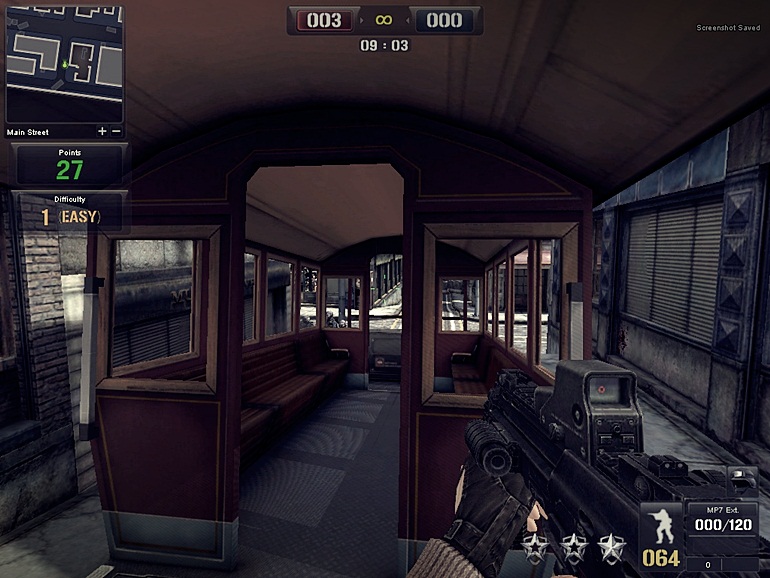 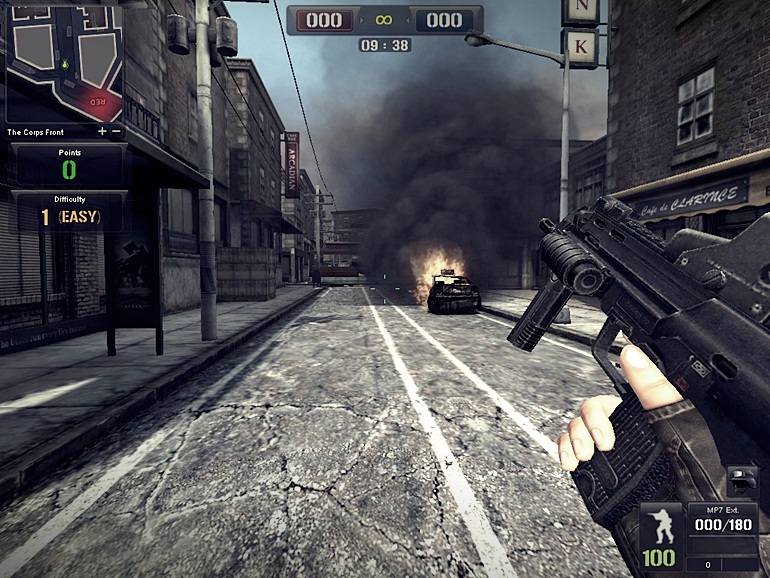 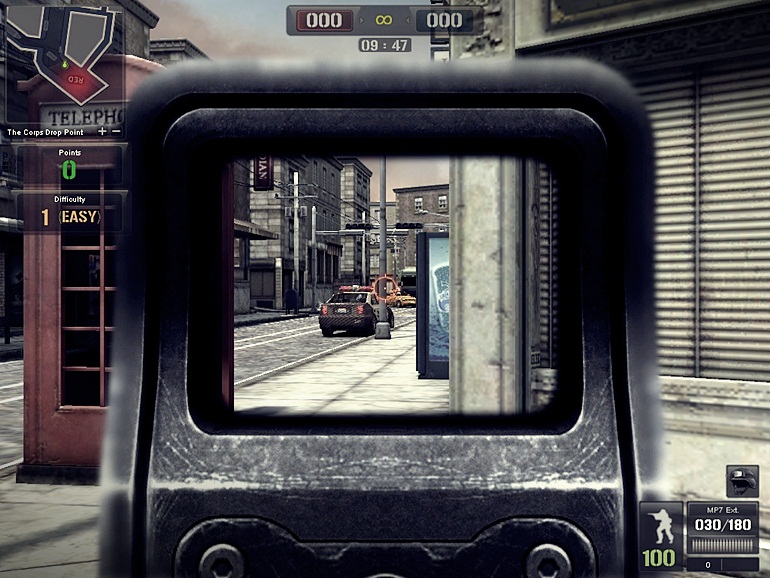 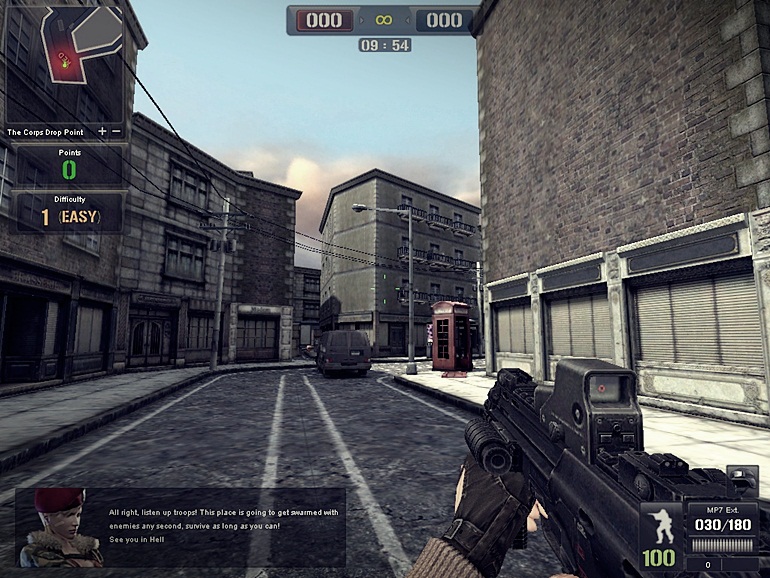 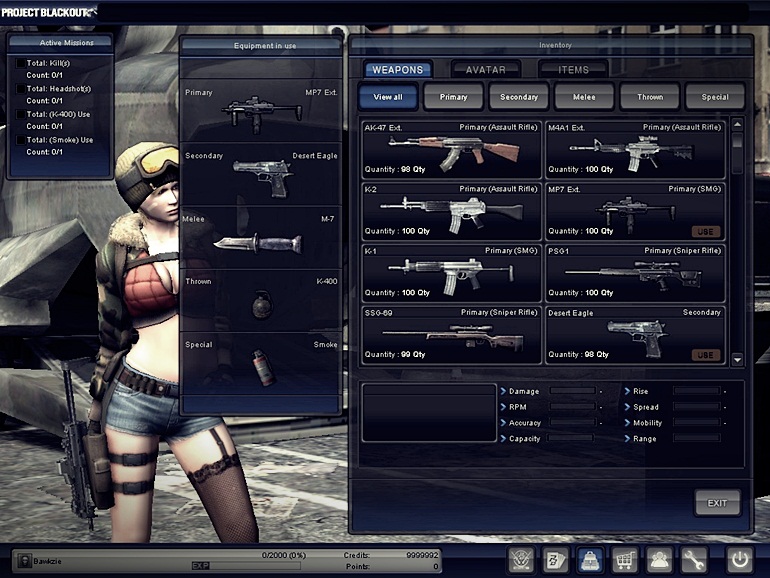 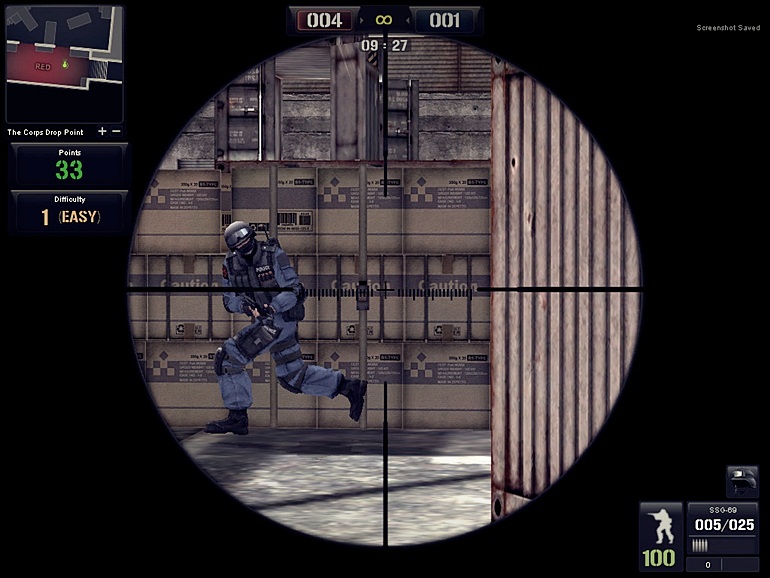 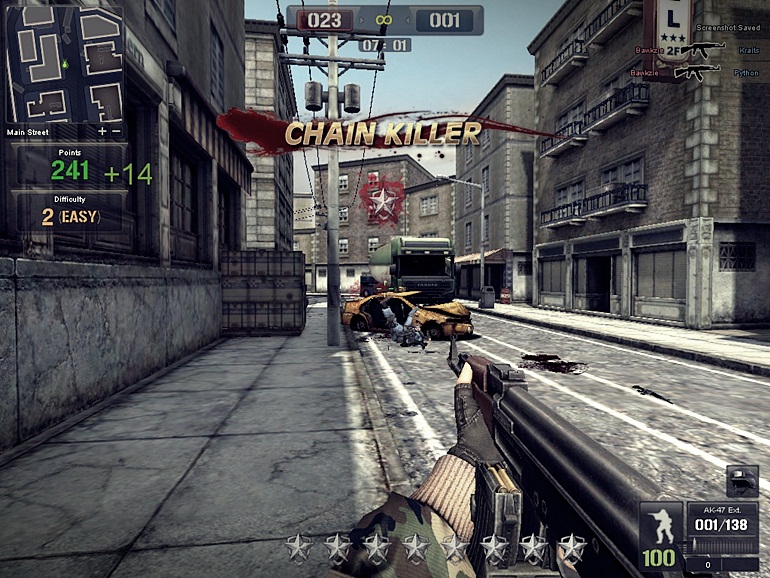 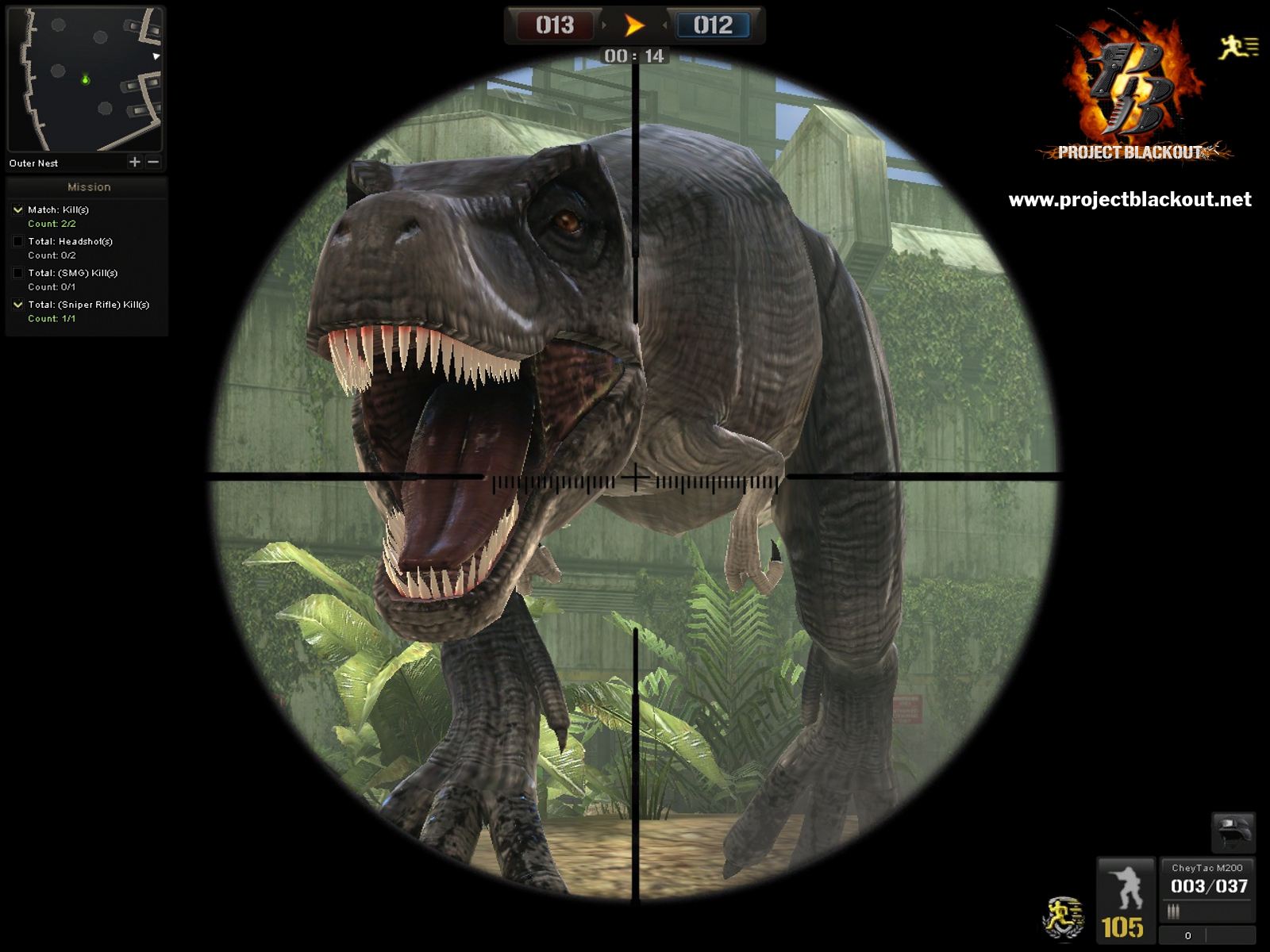 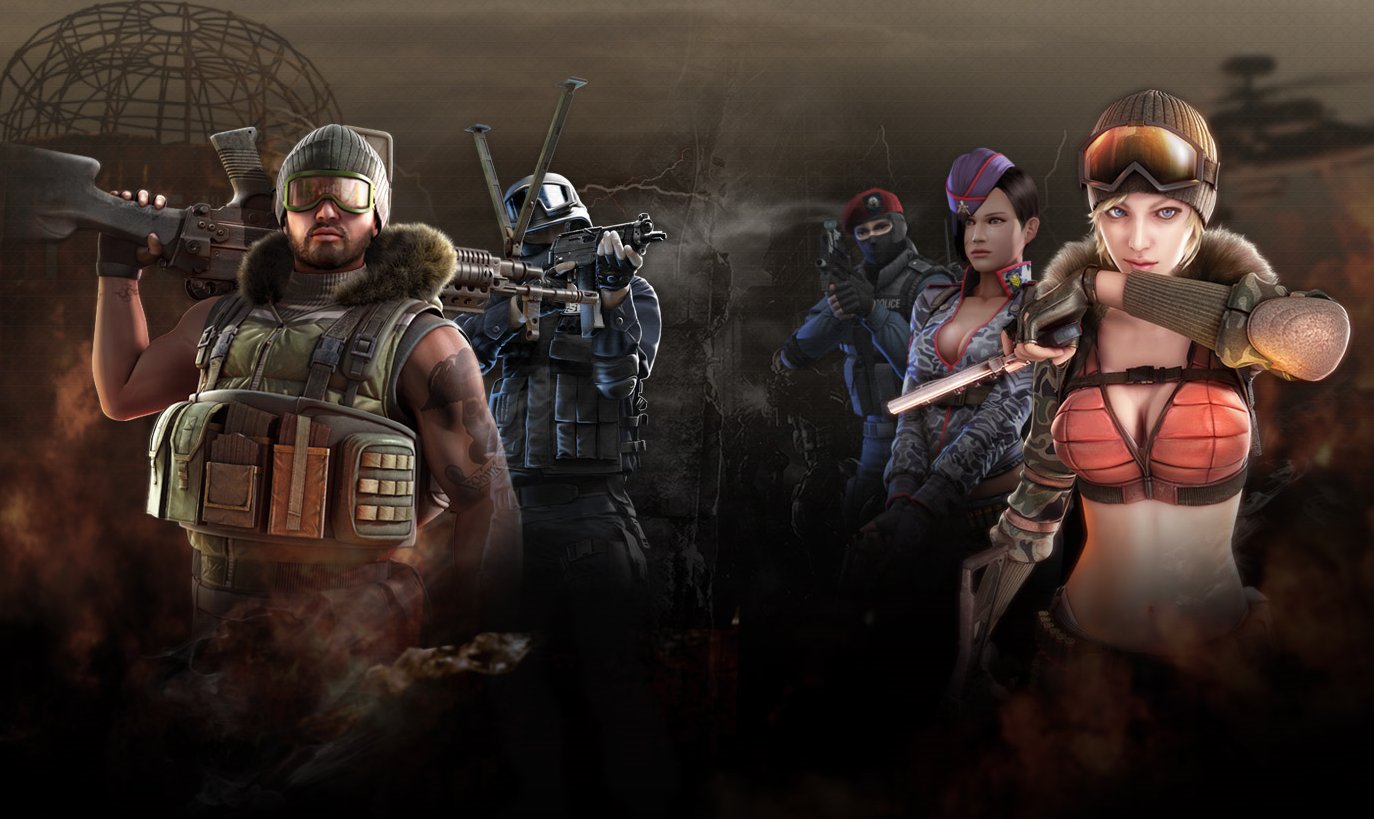