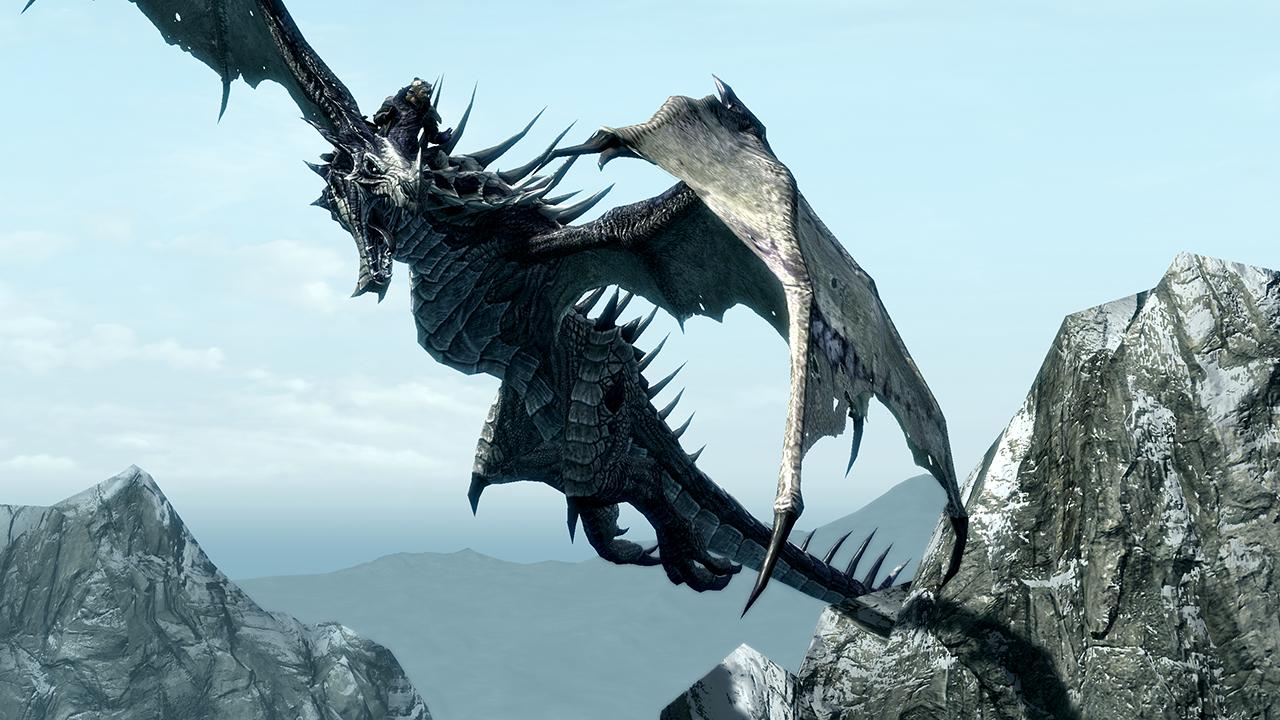 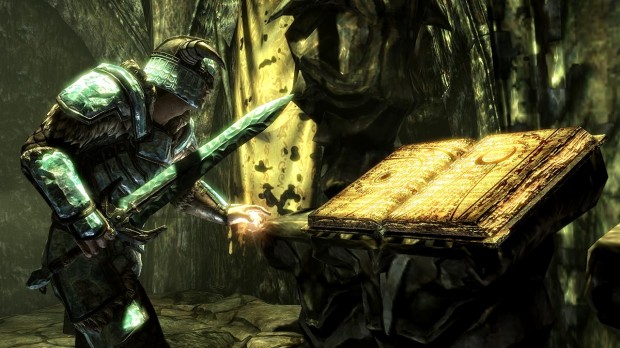 Over encumbered and unable to run having run Warmaiden’s dry of gold after selling unwanted goods. As I stepped out of the blacksmith’s shop intending to head to Breezehome and lighten myself a bit, I was attacked!

Two squid-masked cultists stood in the road, yammering on about me being an imposter. As they unleashed their magic attacks the guards of Whiterun tried to come to my defense but could not withstand the cultists’ barrage. Thus ensued the slowest chase of my life. I cautiously waddled closer, as not to collapse under my own weight. They ran away. Five minutes later and eventually catching both of them under the force of a firebreath shout, they lay dead on the steps of Breezehome. How poetic. Doing a search of their bodies I found a note detailing orders from a “Miraak” and an island called “Solstheim.”

Dragonborn, the third piece of DLC for Skyrim, brings old-school Elder Scrolls fans back to Morrowind and introduces the newbies to what it’s like to live in a giant mushroom. The cultists hail from Solstheim, an island given to the elves of Morrowind by Skyrim ages ago. Solstheim is a wholly different landscape than Skyrim proper. Featuring ashen fields beneath an eternally erupting volcano, homegrown fungal elf villages, and new creatures like the goblin-like Rieklings and Cthulhu-faced Lurkers the island is a welcome vacation from the evergreen forests and tall mountains of Skyrim. Vacations don’t last forever, though, and eventually you’ll have to get to work.

Solstheim is being mentally enslaved by Miraak, an ancient Dragon Priest and the first Dragonborn, who has plans on power and a bone to pick with you. Upon seeking out his temple you will learn of his ties to Hermaeus Mora, get sucked into a book and transported to a tentacle world, and meet the biggest jerk the game has to offer. Yeah, that’s right. Miraak is a jerk. Throughout your travels in Solstheim you will be attacked by dragons, as dragons are wont to do, and you will slay them because that’s how you roll. And then Miraak happens. The first time I didn’t absorb my freshly killed dragon soul I wasn’t paying complete attention and thought it was a glitch. The second time I realized what was going on. Miraak was stealing my dragon souls! That is more than reason enough to seek him out and end him, let alone his enslavement of the island or subjugation of the native Nords in the town of Skaal. 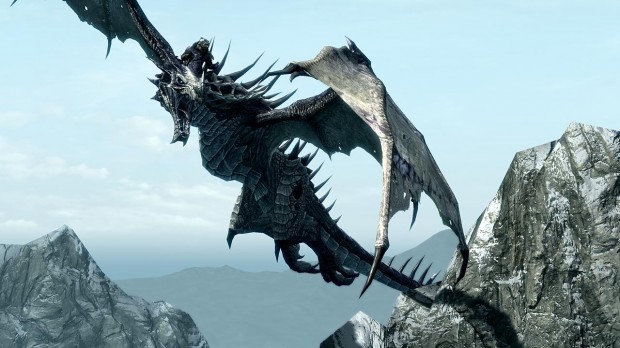 Amongst your time in Solstheim you’ll find an abundance of sidequests in addition to hunting down and murdering that soul stealing scumbag. Dealing with homeless Nords and Riekling squatters? Check. Meeting a new pack of werewolves and buying their fancy rings? Done. Following a treasure map to collect pieces of sweet, sweet pirate booty? Of course. Werebears? Werebears. Dragon mounted combat? Definitely.

Let me repeat that for you…

To be honest, I probably could have started and ended this review with those three words. That alone should justify the purchase and download of Dragonborn. While it’s not a truly controllable mount like a horse and it plays more like Panzer Dragoon-lite, you can definitely tame and ride and attack things and fly around on and shoot magic from and generally do all things awesome on a dragon.

Dragonborn is a must-buy for any fan of Skyrim. Its main quest will take about ten hours or so to complete but with a vast area to explore I am now about twenty five hours in and still turning over rocks to see what I can find. New shouts, new enemies, new weapons, new armor, and a giant new area to explore makes the first true expansion to Skyrim worth the wait. Now, if you’ll excuse me, I have dragons to ride…