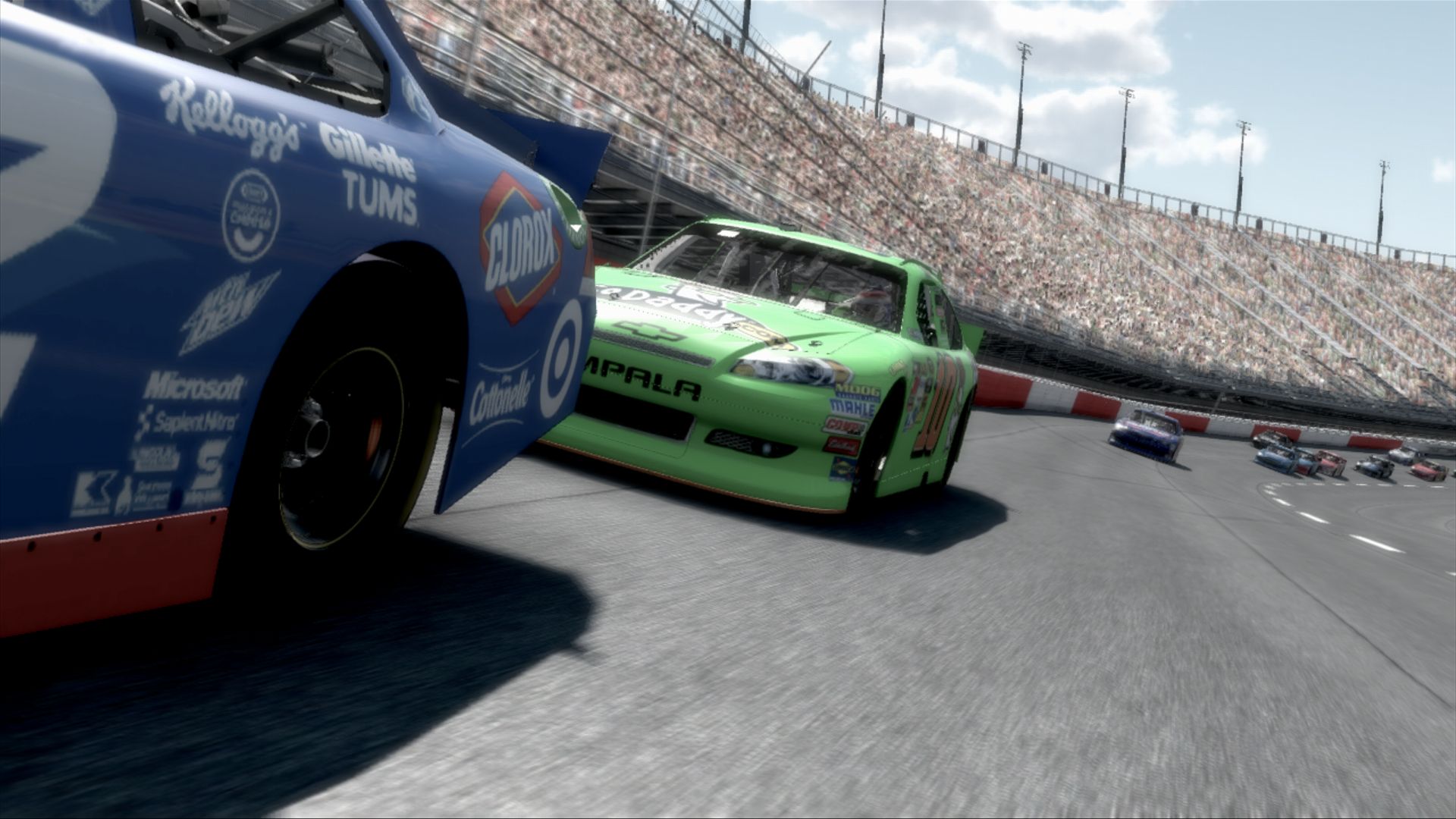 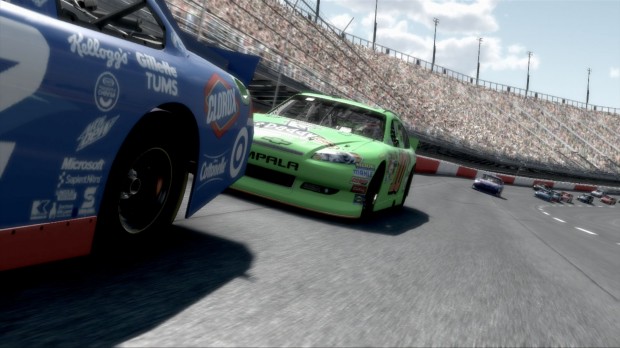 Wow… What can I say about the new NASCAR Title from Eutechnyx and Activision? First, I am a racing fan. Second, I am an avid NASCAR fan. I loved Eutechnyx vision of rebooting a NASCAR game last year with NASCAR The Game 2011. Don’t believe me? Look up my review on the site! It was awesome! I have been super excited about every facet of the new game (except for the cover – Dale Earnhardt Jr – SERIOUSLY? I’m a die-hard Joe Gibbs Racing / Kyle Busch fan) that was announced. I poured over every little tidbit that the developer pushed out leading up to the launch of the game. It was set up to be AWESOME!!!

So, the gameplay is pretty much the same… Except for a couple tracks, you go fast, turn left, and do your best to stay off the wall and the other cars around you. In this incarnation of the game, the cars themselves actually looked quite a bit nicer than last year’s title and the new damage modeling on the cars looked pretty fantastic! The tracks themselves looked pretty much the same (although the addition of the new SUPER-SIZE screen on the back stretch in Charlotte was a nice touch). The heads-up display has been enhanced, with the ability to toggle between different levels of feedback regarding your car’s performance.

The career mode makes a little more sense now. As you progress from race to race, your winnings are added up, allowing you to spend money on upgrades for your car. Sponsorships are handled better this year as well. Each time a new sponsor comes on board with your team; their decals are added in different positions on your racecar. These factors all add up to what I considered to be a more robust career mode.

The new Challenges mode is an interesting addition and a welcome diversion to the career mode, and standard complements of online racing and single player “jump right in” action. Challenges allow you to race in pivotal races, and give you the opportunity to re-write history. Each challenge has different difficulty levels associated with them, so make sure you pay attention, so as not to get in over your head. While I enjoyed this addition, I found myself drawn back to the Career mode most often.

Let me start with a small discussion about the Challenges mode. I found that in all of the challenges I played, the cars were set up far too loose to have any hope of controlling them. The Challenges were so frustrating, that I couldn’t appreciate the joy that should come from changing these wonderful NASCAR moments. 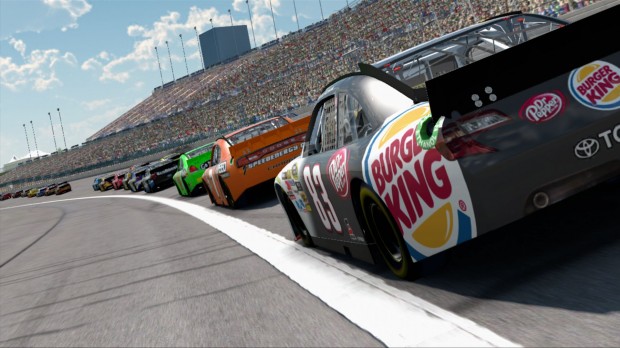 Drafting and damage… This is a NASCAR game, right? I like my racing games more on the simulation side, so I immediately turned on the cautions and black flags, and cranked up the damage setting so as to really feel the impact of crashing into things like walls and other cars. The only problem I came across, was if I ran my car out of gas, or my tires running out of grip. I could slam head-on into the wall though at top speed, go into the pits to change my tires, and then go back out on track and race as if no damage was done to the car itself. Also, Eutechnyx spent a lot of time talking about how they were going to fix drafting in the game. Well… Let me tell you this. If you got out front, and didn’t screw yourself by getting into the wall, you would be able to check out completely from the field. They simply couldn’t catch up. What it comes down to, is less of a realistic feel, which is a bummer.

The ultimate deal breaker for me though, had to do with the controls. Years ago, playing Gran Turismo on the PlayStation Console (yes, the first one), I had a roommate of mine teach me how to use the Right Analog stick for the gas and brakes. This completely changed my experience with every simulation racing game ever since, from GT, to Forza and into NASCAR. While the developers do allow you to customize your controller, they do not allow you to use the Right Analog Stick for the Accelerator/Brakes. It is assigned to the camera, and cannot be changed. This one, major oversight, is the reason that I will not pick up NASCAR The Game: Inside Line and play it ever again (unless Eutechnyx patches the game and allows for the Right-Stick to be customized in this specific way). Having the gas and brakes on the triggers, or even worse, on the face buttons of the controller is a complete game breaker for me. You simply cannot get the same level of throttle control necessary to pull off tricky, above 100 MPH maneuvers, using those other buttons. This one overlooked customization completely broke the game for me. All the other negatives could have been overlooked had it not been for this one glaring omission. I think I’m going to have to dig out NASCAR The Game 2011 in order to get my NASCAR fix from here on out.

NASCAR The Game: Inside Line is a fine NASCAR game that looks pretty amazing in its current incarnation. There are a number of pretty great added features, which go a long way towards making this a lasting franchise. However, the one severe disregard for a controller customization completely broke the game for me. Maybe it won’t for you…