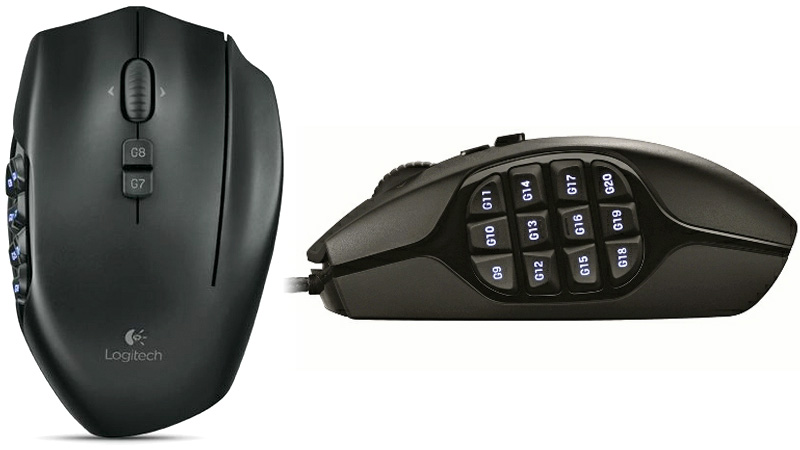 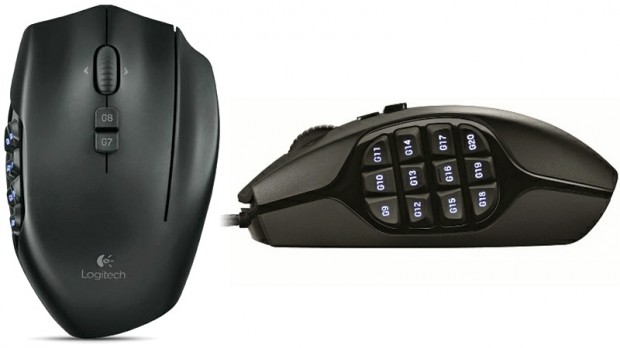 Logitech’s new G600 MMO gaming mouse features a black plastic body with a wired, braided cable that connects to a USB port. Unlike other gaming mouse, the Logitech G600 doesn’t go with a lot of flashy lighting schemes save for the customizable lighting on its button labels. Visually, it is a rather “classy”-looking computer mouse. It features twelve thumb buttons on the mouse’s left side and two underneath the rubberized scroll wheel. A medium-sized mouse, it can be used with both claw and palm mousers – although the thumb buttons are far easier to access in palm mode. Inside the G600, you will find an 8,200 DPI laser sensor which can be adjusted via the downloadable control software. Performance-wise, the G600 is very accurate and was useful even in first-person shooters – even though that was not its intended game genre. The users can assign one of the mouse buttons to be the “G-Shift” control. This is basically an on-the-fly profile selector which allows the other buttons on the mouse to have more than one function. This gives gamers a staggering number of mouse button/functions to utilize in their gaming sessions. If I could change one thing on the G600, it would be the mouse’s surface. The black plastic doesn’t have much of a grip to it – a rubberized or textured surface would have been better.

Overall, the Logitech G600 MMO Gaming Mouse is a well-rounded mouse with plenty of buttons for both MMO and MOBA gamers alike. It is easy to distinguish between all the thumb controls and will allow you to quickly maneuver your mouse cursor with its high-DPI sensor.