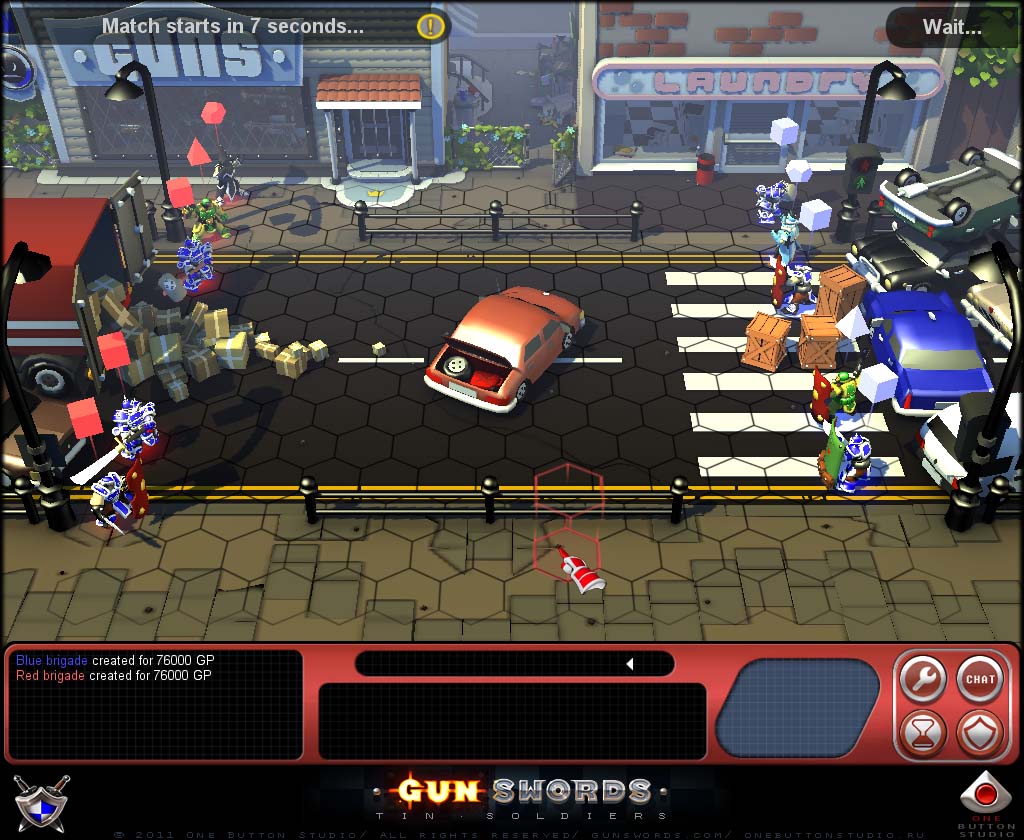 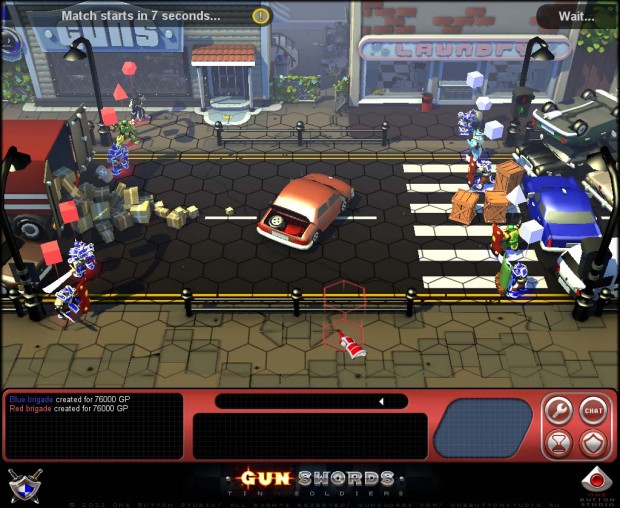 Moscow, Russia – November 7, 2012 -Russian developer One Button Studio today announced its first title, GunSwords, a free-to-play online squad-based, turn-based strategy (TBS) game for PC and Mac. Coming soon in beta, GunSwords features deep turn-based PvP gameplay that is highly intuitive and addictive because it is hard-to-master. Players must create a customized squad with three classes of fighters to choose from a wide range of weapons and spells to employ against opponent squads in a fast-paced, yet strategically challenging style of gameplay. GunSwords is coming soon to beta, but players can visit the registration site now for more information and to sign up for the beta: http://www.gunswords.com/index.php?en

“GunSwords represents hours of collective efforts to incorporate the style of gameplay that we prefer into a fast-action turn-based experience that also has RPG elements”, said Dmitry Mikhalev, CEO of One Button Studio. “We are excited that after extensive testing we are now prepared to open up the game to a limited number of turn-based strategy fans to tweak and perfect this unique play experience”.

In GunSwords players must build a squad using available equipment and fight other players in special arenas. By winning battles, gamers can gain ranks and ultimately become champions. The combat system in GunSwords is a powerful fusion of core turn-based features, such as hex grid, fog of war, fighter classes with unique roles, fine action points management, powerups, etc. These features were picked, designed and balanced to provide the best possible player versus player (PvP) gameplay experience.

Players begin by building a squad, choosing from three different classes of fighters: swordsmen, gunners and mages. Additionally, a choice of 17 weapons and spells are available – each upgradeable to 10 level – including swords, chainsaws, shotguns, miniguns, rocket launchers, railguns, etc. Using these weapons and their newly-formed squads, players can challenge other players to turn-based battles to gain points, currency to buy and upgrade weapons and fighters and prestige in the online leaderboard.