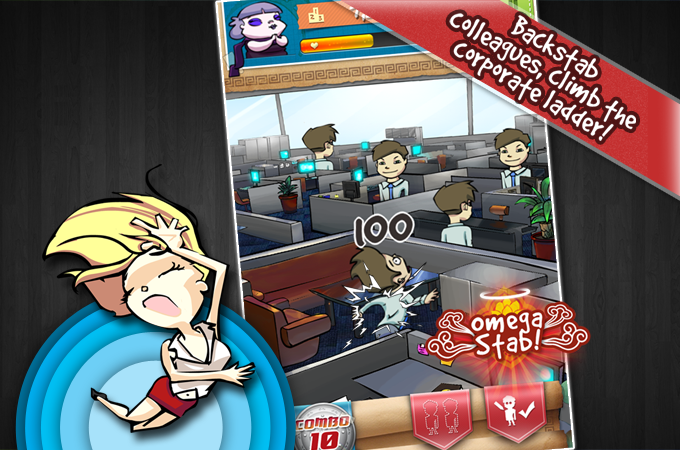 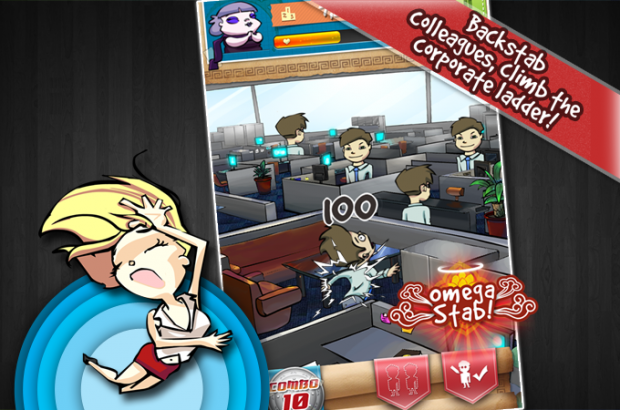 Ok sometimes you just want a simple stress relief game, especially when it comes to office work, lines, waiting rooms, etc.  Well Iddiction took this into consideration and came up with a fun, silly and pretty straight forward game called Office Politics designed for some near mindless but addictive phone screen tapping. 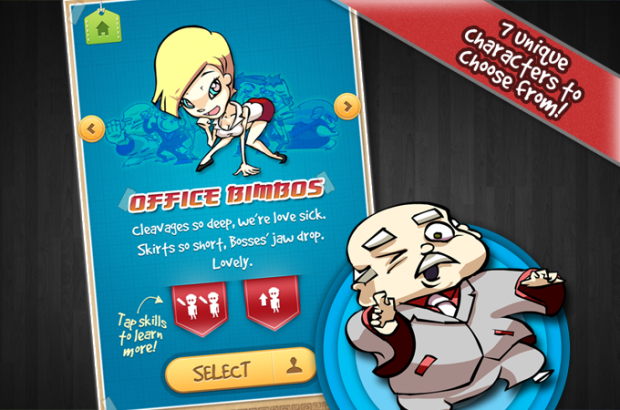 The main play of the game consists of digital Whack-A-Mole, hitting (or backstabbing) as many coworkers as possible to work your way up the corporate ladder via floors of the elevator.  You face special enemies on different floors which have special skills that you have to overcome if you want to give their backs a proper jab. 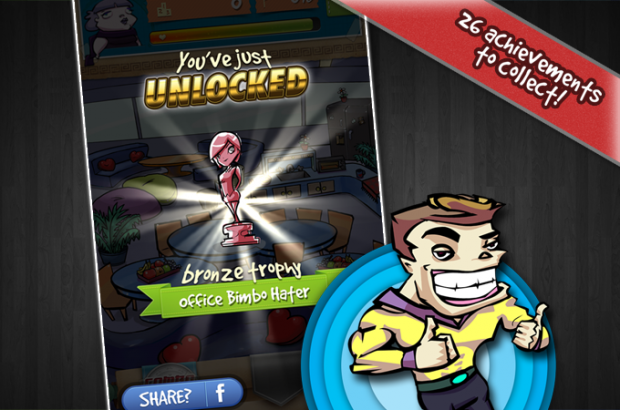 Sometime enemies are facing you, you have to swipe them first before stabbing them or they will hurt you.  Every third floor has a boss with a special talent that has gotten them to their position of power and they use it to try to stop your ascension.  You have to overcome this special skill if you want to get some stabs into their back and trust me their backs have thick skin from years of abuse and it will take quite a few stabs to finish them off. 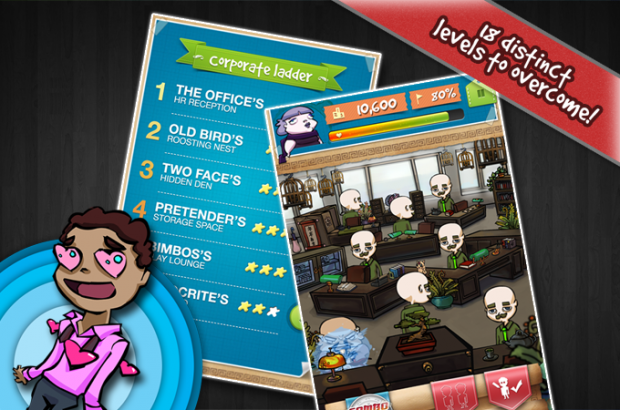 By completing achievements and playthroughs you can unlock new characters that have new abilities, all office themed and all designed to help you better move through the levels and up the ladder.  The whole atmosphere is silly and playful with decent animations and silly sounds designed to be both a satire of the office workplace and keep you trying to play through one more floor. 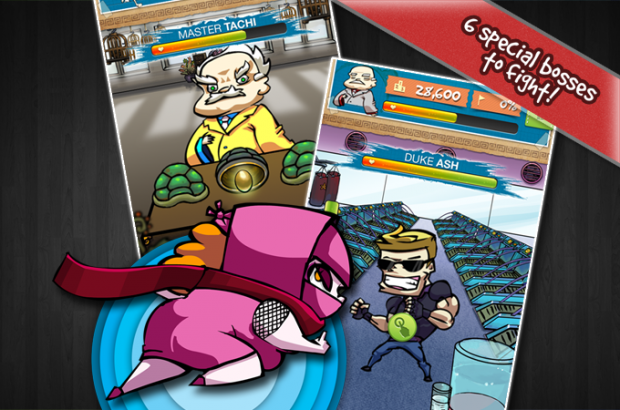 This is a short review but that is because it is a pretty straight forward game, Office Politics is Whack-A-Mole game with benefits, simple enough to play anywhere and just about anytime but also entertaining enough to be addictive.  At the time of publication this game is free and though it will have a “regular price” of $1.99 it is an Iddiction game, the same people who make App-o-Day, a program designed to getting word out about apps by offering them for free.  So since this is their game you can expect it will regularly be in the free rotation.  At $1.99 though Office Politics would still be affordable for a terrific time waster/passer and stress reliever, maybe from the very same characters you find in the game.