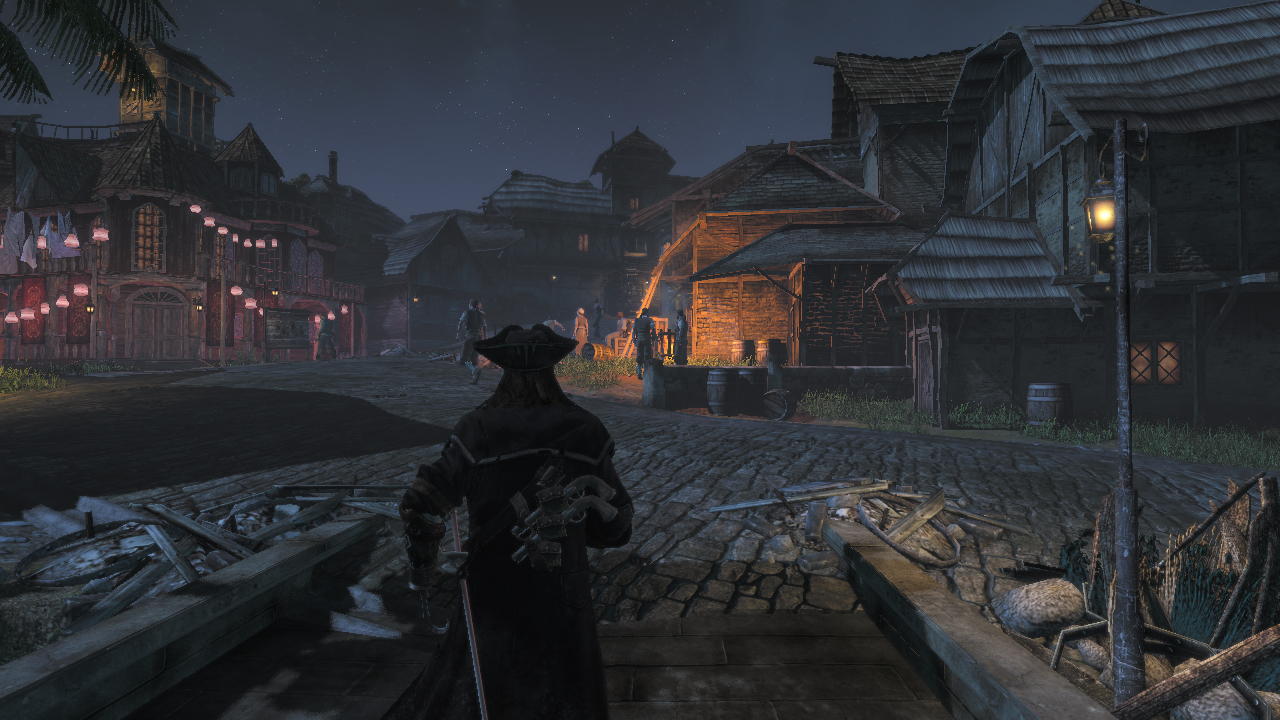 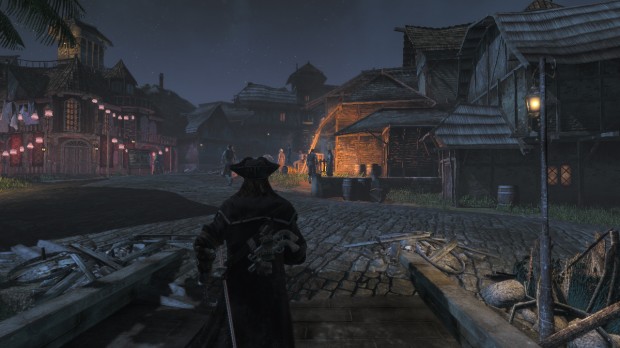 Karlsruhe, Germany, June 5, 2012 – TopWare Interactive announces the lineup for the Electronic Entertainment Expo (E3) in Los Angeles, focusing on the two potential blockbusters “Raven’s Cry” and the newest title from in-house developer Reality Pump. TopWare interactive shows previously unpublished photographs and videos for all the games and allows the first insight into the breathtaking worlds the year’s lineup.

These titles are presented by TopWare Interactive at E3 today:

“Raven’s Cry” is an Action-Adventure title that is realized under the direction of TopWare Interactive and the Finnish Studio, Octane Games. The game traces in detail the revenge story of Christopher Raven during the 17th century. As a child, Raven had to watch his family being slaughtered by pirates, where as an adult he feels not only his passion for vengeance, but the physical pain endured as well, a result of the attack when his left hand was completely severed. Raven swore to himself, that he would hunt down and kill every soul involved on that fateful day, whether his soul would be corrupted or not.

“Raven’s Cry” is a game that also lays emphasis on the character’s past, represented through flashbacks of Christopher Raven’s life. Also allowing the player to choose his path of vengeance, decisions play a major role in the fun factor of this already acclaimed title. Clearly showing that life as a pirate, has very little to do with the glorified view Hollywood has conveyed of the 17th century. The game will be released for PC, Xbox 360, PlayStation 3 in 4th quarter of 2012.

On Monday, the 4th June 2012, the new title of the developer Reality Pump will be presented at the E3. The Polish software company has earned an excellent reputation with the “Earth” series and the “Two Worlds” franchise worldwide, and will show the industry that the new in-house GRACE 2 engine has the ability to be superior to all other engines currently on the market.

There will be a separate press release on the announcement at E3.

The Russian developer Targem games (known for “Battle vs. Chess”) has a very simple goal in mind, to develop a strategy game that allows immediate entry into the genre, where anyone can play whether you’re familiar or not, anyone who is able to use a mouse. The project, which was first announced under the working title “Planets at War,” is now almost ready for the market, and anyone who has played is reporting it’s non-stop addictiveness. Anyone can play it, even if you’ve never sampled the genre before, unlike past strategy titles that take tons of time and extreme effort to learn. Those times will be a thing of the past with the release of “Planet Under Attack”.

The goal of the game is to conquer planets and fulfill certain tasks. To do so, a certain amount of space ships can be released to do their duty with a mouse click, to attack neutral or enemy stars, commanding them to attack, occupy and defend at the players will. New areas can be managed with another simple click of the mouse, as the new planets provide resources (in the form of space vehicles and money) to the conqueror. A campaign through the galaxy begins, as “Planet under Attack” enables both singleplayer, LAN or online-mode. The multilingual (EFIGS) game will be released in July 2012 for PC, Mac, Xbox 360 Live and PlayStation 3 Network.

Now available on the American market is “Check vs. Mate”, presently known in Germany as “Battle vs. Chess”. Finally the famous strategy game is brought to the United States with this exciting, innovative and visually stimulating translation of the mother of all strategy games – Chess. The most successful game in history is finally lifted onto the state-of-the-art level of computer gaming technology. Based on the world famous “Fritz!” chess algorithms by ChessBase, “Check vs. Mate” is a game created with lively animated figures on lovingly designed battlefields in the eternal struggle of order versus chaos. The game will soon be released for PlayStation 3, Xbox 360, PC, Mac, NDS, Wii, PSP and iOS.

In 2006 “Dream Pinball 3D” was the first game from the Pinball simulation series, with the press enthusiastically rating the game consistently at the 80% mark. Trademark of the series, developer A.S.K. Homework provides sophisticated gameplay with ballistic characteristics that are based in reality. Realistic dynamics and fixed camera angles similar mimicking actual pinball tables, guarantee a gaming experience that ascends technology and revives a time before gaming was digital.

The successor “Dream Pinball 3D II” will be published in 2012 and will guarantee the realistic appearance, but of course boasting all new 3D graphics and physics engine. Additionally, there are other challenges added, including the mesmerizing labyrinth, which was incorporated into the game simply as a bonus. All eight new tables can be played in their own special way, and promise long lasting fun, with the multiplayer rounding off an enjoyable and successful gaming experience. “Dream Pinball 3D II” appears in 2012 for PS3, Xbox 360, PC, Mac, NDS, Wii, PSP and iOS.

In addition to the successor for the older “Dream Pinball 3D” an implementation of the original for the iOS platform is on its way as well. The iPad-, iPhone and iPad Touch users no longer need to miss out on the legendary fun. With four extra tables for the Apple platform, A.S.K. Homework now has added even more realistic gameplay. The game is in the last stage of development and is to be released later this year.

As already announced, TopWare Interactive will also be publishing “A-men” (short for Army men) for Sony’s new handheld console – the PlayStation Vita. The development studio Bloober Team, wakes a genre that has inexplicably been in a deep sleep for years now, but whose best-selling games have inspired players of all generations. “A-men” is a strategy game built for the most modern technology of mobile gaming, while still immersing the player with carefully designed levels to entice and inspire the most tactical approach possible.

The player takes control of teams up to five men, the team members identified by their vastly different personalities and abilities. The heroes must complete various tasks over several missions, whether in factory buildings or in the great outdoors. All characters, whether be the Spy, the Muscle Man, the Commando, the Mechanic or the Soldier can be altered in the game, making “A-men” also have a touch of character development. “A-men” appears exclusively for the PlayStation Vita in 2012.