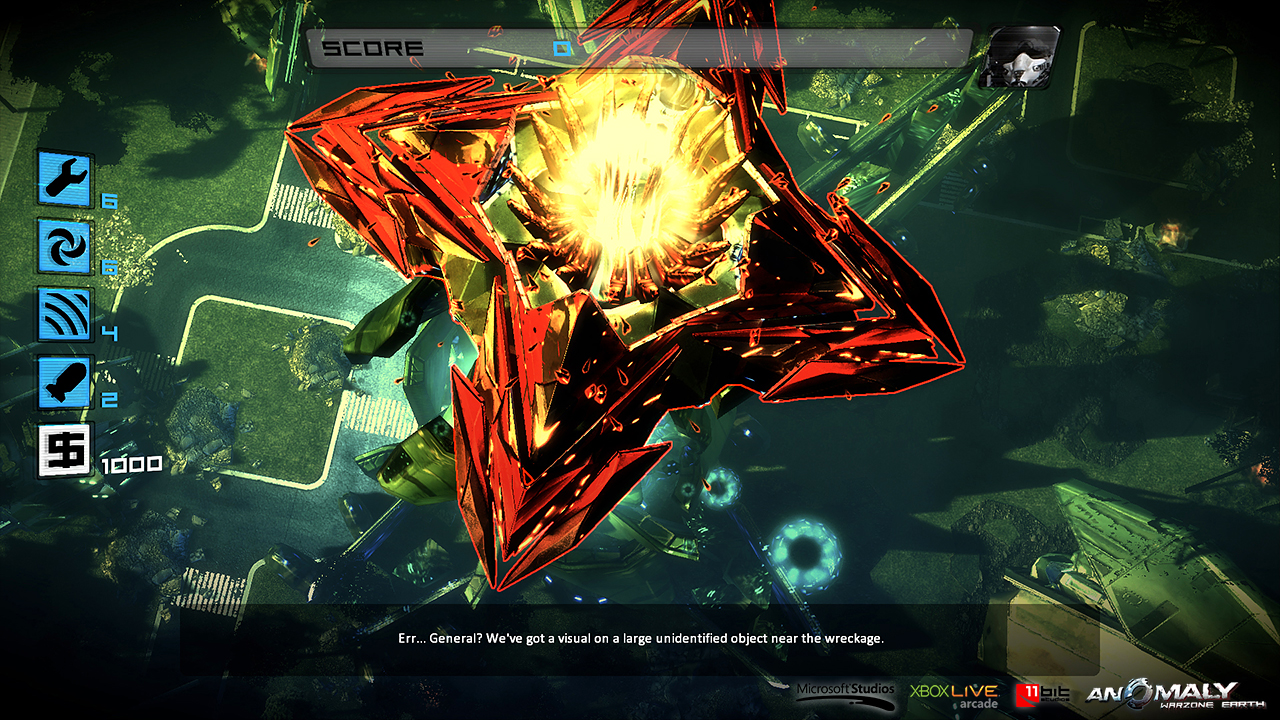 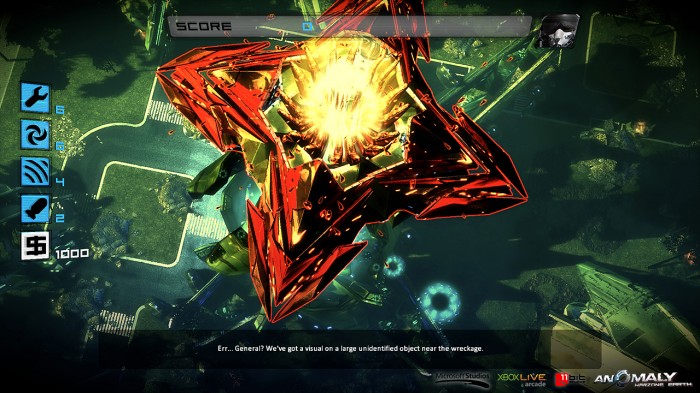 11 Bit Studio has finally brought the popular PC and mobile device hit game Anomaly Warzone Earth to Xbox Live Arcade.  What can only be described as a “reverse tower defense” game, Anomaly Warzone Earth pits your convoy versus a series of stationary alien defense towers that will try to prevent you from your goal on each map.  While Anomaly Warzone Earth does nothing to really push its generic story, the gameplay and action of the game really help to set it apart from its competitors.  We already know that Anomaly Warzone Earth is a great game based on its appearance on other platforms, but how does it translate on a console?

The story of Anomaly Warzone Earth can pretty much be described as a cliched alien invasion plot.  The game is set in a future city of Baghdad, with an alien craft crashing within the city.  The aliens then begin to bubble off areas of the city, and it is your job as commander of the 14th Platoon to investigate than eradicate the alien threat.

There is little here to push the narrative and really capture the player into the world of Anomaly Warzone Earth.  This is where the game really feels like a mobile device port, because it feels like it is supposed to be played in between stops during your day of errand running.  The voice acting and music do nothing to help this problem, and we will hit more on that later.

Anomaly Warzone Earth plays just like a reverse tower defence game.  You command a column of heavy APCs, lightly armored missile launchers, and shield generators.  When the level begins, you are able to plan your route and decide which direction your column will take at each intersection.  You can plan to take the most direct route, which usually takes you through the most heavily defended areas of the city, or you can choose to avoid much of the conflict by moving your column to the back streets, but you will miss the opportunity to collect more money.

As you proceed through the level, you earn cash to upgrade and buy more units.  Upgrades help keep your units alive longer and make them hit harder, while buying more units helps you reach the goal for that map.  The types of units and upgrades that you can purchase change as you move through the game, but are pretty generic types of units.  You also earn special equipment as the commander to use during the map.  The first couple of items are equipment, the healing aura and smokescreen, really help throughout the game.  These items are then airlifted to you throughout the level, which is great because you will need them as the levels get harder.

Visually, Anomaly Warzone Earth is nice looking.  It has all the right features in the right places to do the job on the Xbox 360, while not being the best looking game on Live Arcade.  The visuals are from a top-down angle, like most tower defence games out there.  I never noticed any type of frame rate dip during the action, which is great.

The voice acting, again, fits in the “serviceable” category.  I had heard the voice acting described as a “bad Jason Statham movie”, and that I believe is the best way to describe it.  It serves the job, but just barely.  It’s funny how I have gotten two games in a row with bad United Kingdom voice acting.  Seems fairly popular to use these voice actors in gaming right now.

The score for Anomaly Warzone Earth is just as forgettable as the voice acting.  I honestly cannot remember a single note from the game, and I’ve played it all week.  The music just serves as background noise and fails to bring the action to life for the player or help to promote the story in any way.