ZeniMax® Media Inc. today announced that a settlement has been reached in the lawsuit it filed over Mojang’s applications for ownership of the ‘Scrolls’ trademark. The lawsuit was filed by ZeniMax when Mojang submitted applications covering a range of ‘Scrolls’ trademarks for use in video games and other media. In its complaint, ZeniMax cited a conflict with its longstanding trademark for ‘The Elder Scrolls’, the name of its highly-successful video game franchise published by ZeniMax Media’s publishing arm, Bethesda® Softworks.

Under the terms of the settlement, all ownership rights to the ‘Scrolls’ trademark will transfer to ZeniMax, and Mojang will assign to ZeniMax ownership of any pending “Scrolls’ trademark applications. ZeniMax has licensed the ‘Scrolls’ mark to Mojang to be used solely in conjunction with its existing Scrolls digital card game and any  add-on material it makes to that game.  The terms of the settlement bar Mojang from using the Scrolls mark for any sequel to the current card game, or any other video game.

“We are pleased to have settled this matter with Mojang amicably,” said Robert Altman, Chairman and CEO of ZeniMax. “The Elder Scrolls is an important brand to us, and with this settlement we were able to protect our valuable property rights while allowing Mojang to release their digital card game under the name they preferred.” 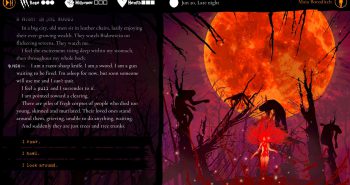 Werewolf: The Apocalypse – Heart of...