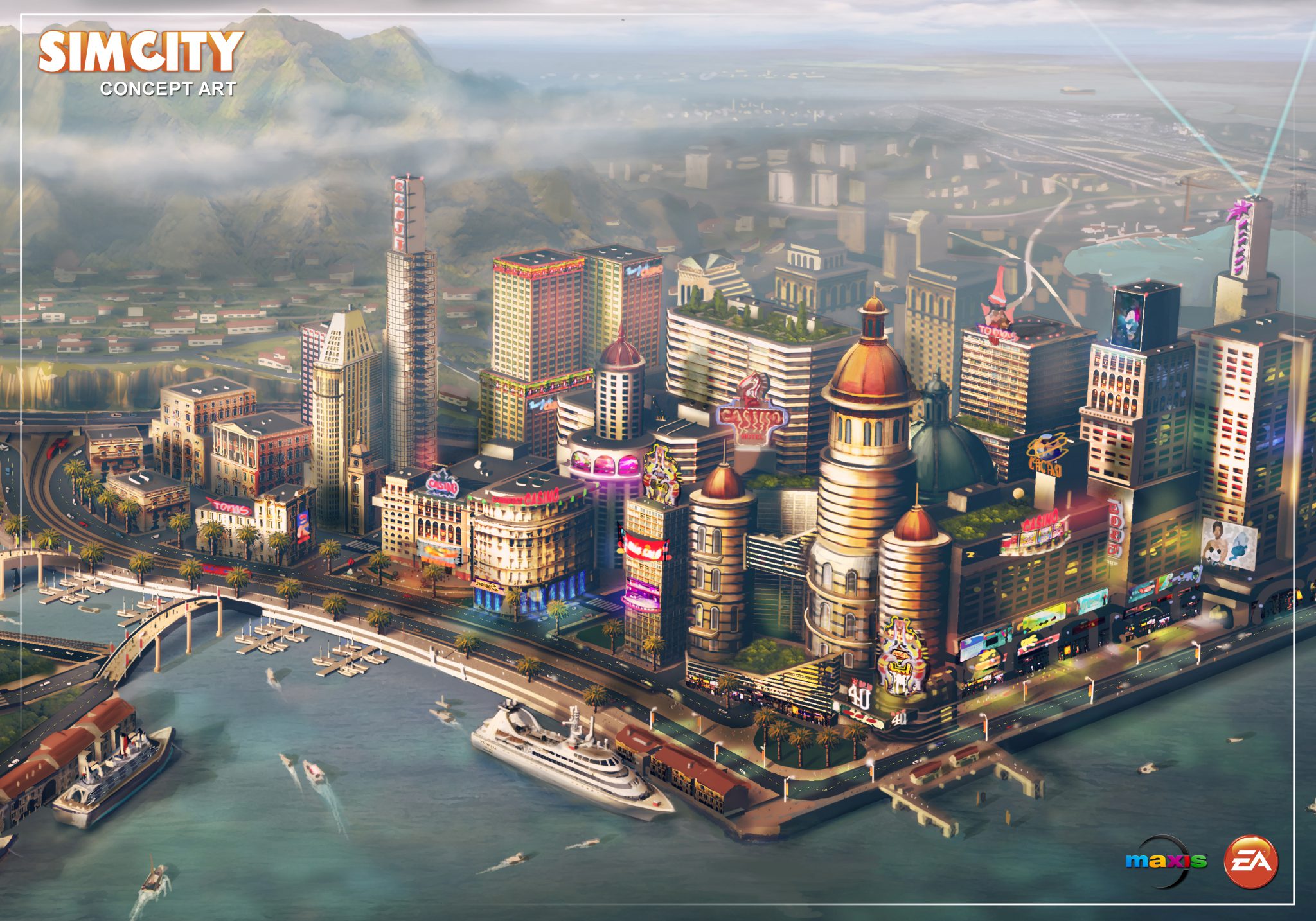 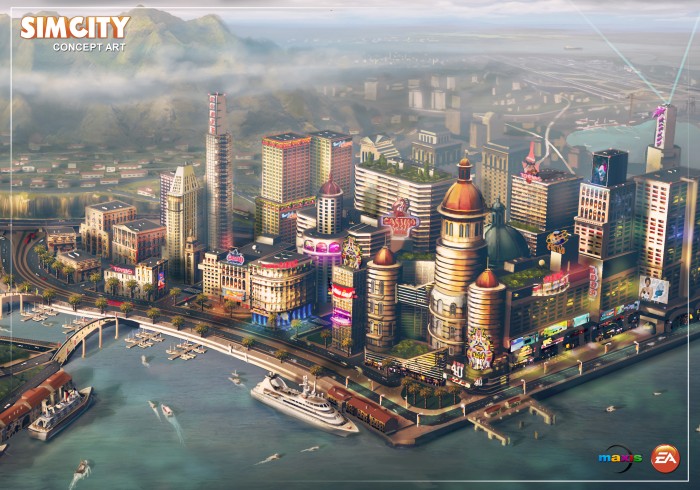 REDWOOD CITY, Calif., March 6, 2012 – The franchise that laid the foundations of the city building simulation genre is back, empowering players to create the world of their imagination! Electronic Arts Inc. (NASDAQ:EA) today announced that SimCity™ is breaking new ground in 2013. SimCity for PC, a brand new entry in the franchise is currently in development at Maxis Emeryville, and was revealed today during Game Changers @ GDC, a symposium that featured inspirational speeches from Academy Award-winning director Davis Guggenheim, Twitter co-founder Biz Stone, and charity: water CEO and founder Scott Harrison.

“We’d like to thank the millions of fans who have helped make SimCity synonymous with the city-building genre. This is a franchise that means the world to us at Maxis and we’re happy to be bringing it back home where we are reimagining it for an entirely new generation of players,” said Lucy Bradshaw, Senior Vice President of EA’s Maxis Label. “Using our proprietary GlassBox Engine, SimCity for PC will equip players with the tools to play the most sophisticated simulation of its kind. We are dedicated to making sure the experience – no matter the platform – has the fun, flavour and playability that has been intrinsic to the franchise since its birth.”

SimCity, slated for release in calendar year 2013 for PC, is a true rebirth of the franchise that brings the depth of simulation that has been the series hallmark for more than two decades and marries it with next generation accessibility and a robust multiplayer mode, giving players the power to change a world together. Fans can catch their first glimpse of the rebirth of SimCity by viewing the extended trailer at www.SimCity.com and can pre-order SimCity today on Origin™ to receive  SimCity Heroes &Villains content* featuring a battle between Maxis Man and his longtime nemesis Evil Dr. Vu.

For more than two decades, the king of city-building simulators has sworn in millions of virtual mayors from around the world. With its return in 2013, SimCity will engage an entirely new generation of PC gamers as they take charge of their own customised cities and build a world that co-exists alongside friends. For the first time in SimCity franchise history, players’ decisions will have long-lasting repercussions that will extend beyond their city limits. Together, players will address real global challenges such as climate change, the search for renewable resources and natural disasters.  It’s up to the players to decide whether to compete or collaborate to shape the world of tomorrow – for better or for worse.

Powered by the GlassBox Engine, Maxis’ proprietary engine, the simulation comes to life in a way never before possible. Everything you see in the world we sim – Sims in each city will have jobs or can lose them, buy homes, be prosperous or be an economic drain on the city. SimCity is the city builder in which every choice powers real change that affects the character of your city, the state of your region and fellow players within the entire SimCity world. Original fans and newcomers alike will relish the opportunity to build visually and functionally unique cities that take on the character of their choices. Combining fun, addictive gameplay elements with an interface that encourages anyone to jump in and begin playing, SimCity will usher forth a new era of city-building simulation as players work to change a world together.

With its first release in 1989, SimCity is the premier city-building franchise that has captivated more than 30 million players worldwide. Since then, several award-winning entries such as SimCity 2000™, SimCity 3000™ and SimCity 4 have been produced by the critically acclaimed Maxis studio. Players step into the role of a mayor as they break ground on the foundations of the next big city. The franchise gives players the means to create highly detailed recreations that are populated with real-world issues and real-world problems. With a powerful toolset at their fingertips, players have the ability to create uniquely specialized cities, everything from a bustling financial haven to an oil-guzzling industrial complex; SimCity compels players to create the world of their imagination.

SimCity for PC is in development at the world-renowned Maxis studio in Emeryville, California and has not yet been rated by the ESRB. To stay up-to-date on the latest regarding SimCity please visit www.SimCity.com.   To pre-order and secure the SimCity Heroes & Villains Pack please visit http://store.origin.com/SimCity.Press assets for SimCity are available at www.info.ea.com.