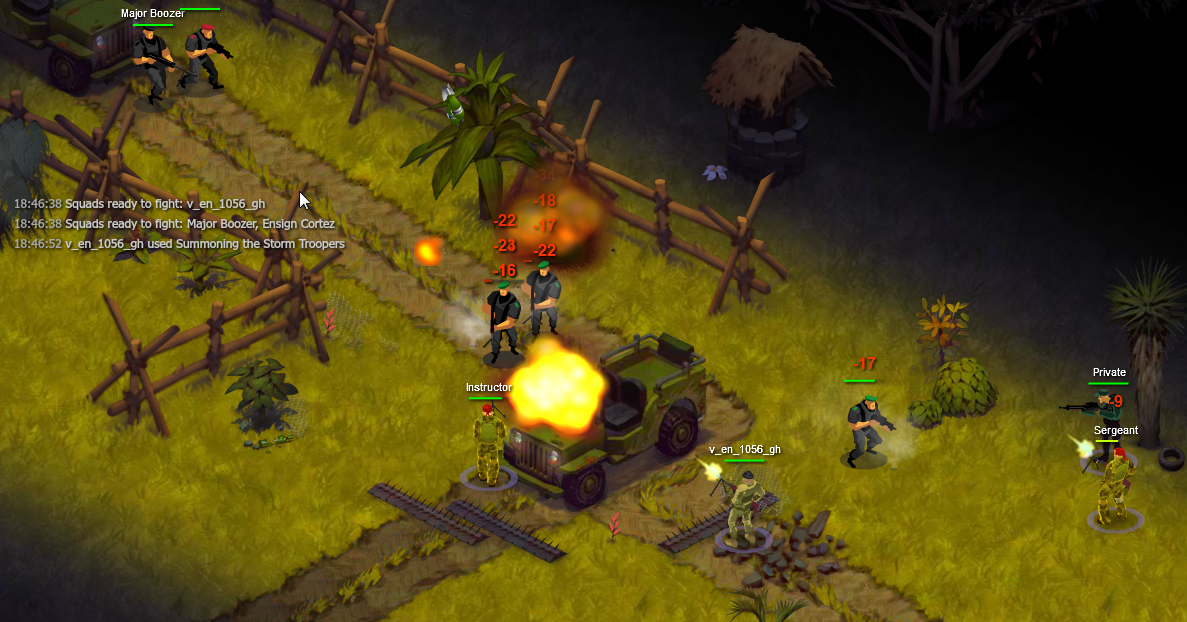 Hamburg, January 25, 2012. Mail.Ru Games, publisher of internationally successful online games like “Legend: Legacy of the Dragons”, “Allods Online”, “Juggernaut” and “Gunblade Saga” opens its doors today to the upcoming tactical MMO “RiotZone” (www.RiotZone.net). The story is set in the tropical jungle where players battle to deliver the future of the civil war torn state of Merania. Semi-automatic rounds show which of the two playable factions will emerge victorious from the war. Tactical decisions, the strategic outfit of mercenaries and clever handling of the special abilities available determine the difference between victory or defeat. A good dose of black humor, unique game characters and addictive gameplay attract fans to the monitor.

Anti-malaria’s? Check. Food? Check. Adequate equipment? Check. Good preparation is essential in “RiotZone”. Gamers will not only fight for one of the two factions – The Red Alliance or the Coalition of the Crown – but also train their soldiers, upgrade weapons and expand their base. These role-playing elements turn out to be authoritative in later gameplay. Only the coolest strategic thinkers will prevail in numerous missions and PvP battles. “RiotZone” scores with many PvP modes: 1on1, 2on2 and 3on3 are just the beginning. Raids on enemy territory, conquest of resource-rich areas and large-scale battlefields require the commander within the gamer. Semi-automatic fights allow dynamic and spontaneous short-time battles where players can bring in a lot of extra firepower in form of various special abilities.
“RiotZone” is for real adventurers who believe they have what it takes to conquer Merania. Apply at www.riotzone.net