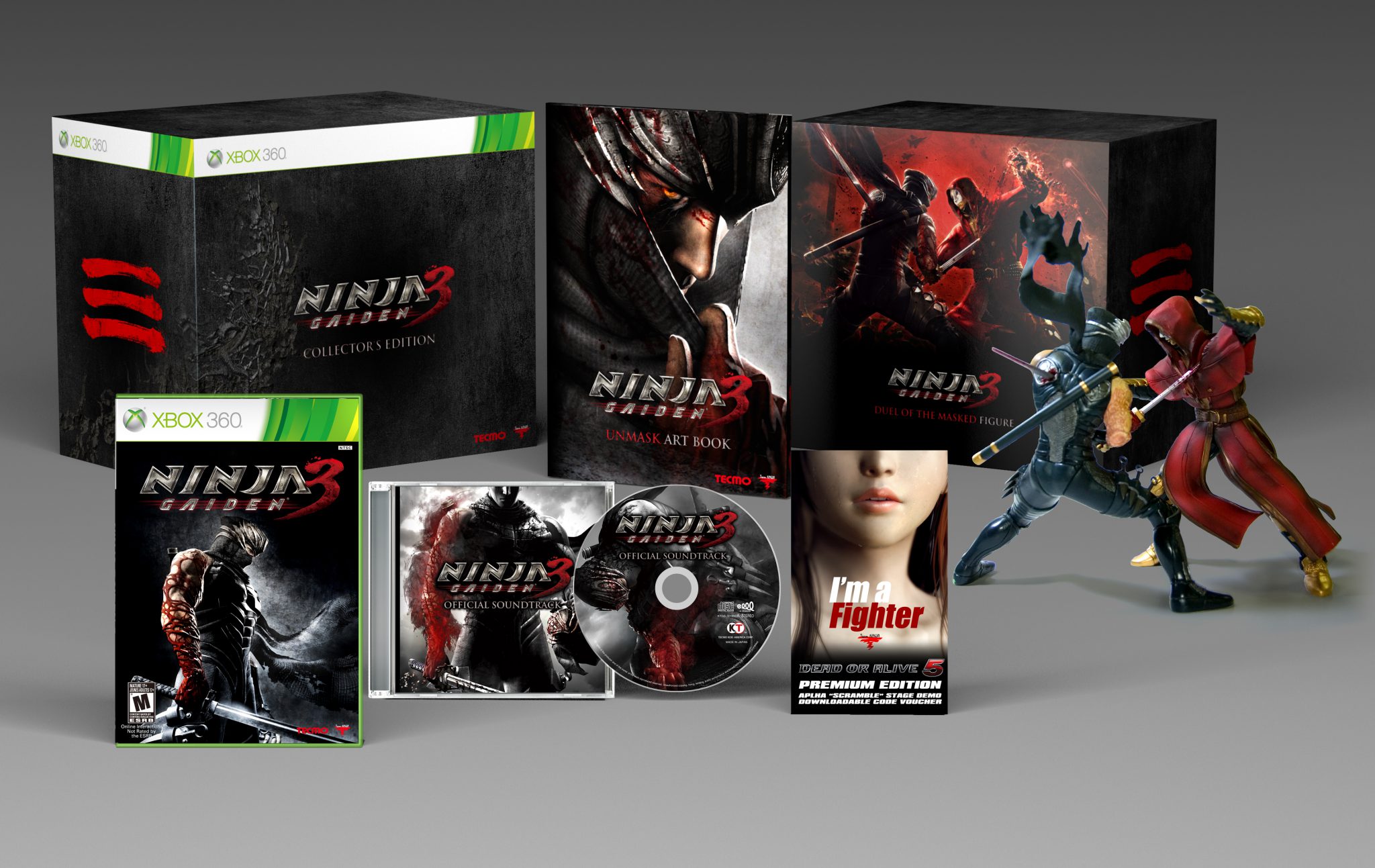 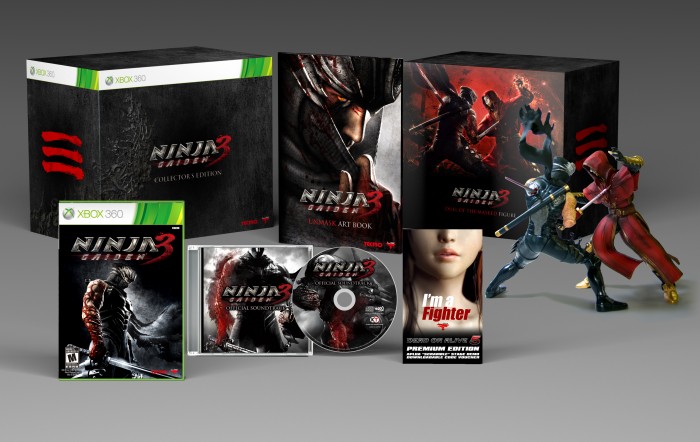 Team Ninja and Tecmo Koei have revealed the official Collector’s Edition for their upcoming Ninja Gaiden 3. Those who preorder NINJA GAIDEN 3 at GameStop and Amazon will receive a special downloadable two-character demo stage from Team NINJA’s upcoming DEAD OR ALIVE 5 fighting game. Players who place a preorder at GameStop will get access to a downloadable DEAD OR ALIVE 5 demo stage featuring a duel between NINJA GAIDEN’s Hayabusa and DOA’s Hitomi. At Amazon, preorder customers will be provided a duel between the DOA characters Ayane and Hayate. Alternatively, the premium NINJA GAIDEN 3 Collector’s Edition offers players a chance to play all four characters in the DEAD OR ALIVE 5 demo stage, an exclusive NINJA GAIDEN 3 “Unmask” game art book, soundtrack CD, and an exclusive “Duel of the Masked” figure set.