Razer’s Anansi MMO gaming keyboard is, as the name suggests, geared towards the MMO gamer. The overall design of the Anansi seems rugged and solid with a heavy, black plastic body. In fact, the Anansi seems a bit too large when taking into account just how many keys are located on it. There is quite a bit of free space where Razer could have inserted some better-located function keys. Unlike the newer Black Widow Ultimate series, the Anansi uses domed, non-mechanical keys that, while not as rugged, still feel very nice and responsive.

Using Razer’s Anansi control panel software, gamers can customize the keyboard’s back lighting, which can display upwards of 16 million colors. While on the topic of back lighting, it is important to note that in order to take full advantage of the Anansi’s on-board lighting, gamers need to plug the keyboard into two separate USB ports! Unfortunately, the Anansi does not make up for this by offering a USB pass-through like some of Razer’s other gaming keyboards. Also in the software is the ability to record macros and assign key commands to the keyboard’s various keys. Macros can also be created on-the-fly so that gamers can spend more time gaming and less time programming controls.

The biggest issue facing the Anansi is in the placement of its seven modifier keys, which rest below the space bar. The suggested usage is to slide your thumb from the space bar, down onto the macro buttons. This movement is a bit unnatural and, for the small-handed, difficult to pull off. When properly setup, however, the amount of key combinations and macros the Anansi can pull-off is staggering. You can further increase this amount by pairing it with one of Razer’s Naga MMO gaming mice. When paired, the keyboard’s macro buttons can modify the mouse MMO buttons as well! Aside from the previously-mentioned issue with the macro buttons, the Anansi is a fine gaming keyboard in normal usage. We ran the Anansi through several gaming sessions, utilizing it in titles like Battlefield 3, World of Tanks, and World of Warcraft. Each time, we found that the general gaming keyboard aspects of the Anansi worked well. Also, its braided cable is a nice touch which helps to avoid snags and fraying.

Overall, the Razer Anansi is a reliable gaming keyboard with a ton of available key combinations for you to use in your macro-making – especially when paired with a Razer Naga MMO gaming mouse. Unfortunately, the placement of the keyboard’s macro keys takes a bit of getting used to. At $99.99, I would only recommend the Anansi if you really need the numerous macro keys AND have a Naga gaming mouse. If you lack a Naga gaming mouse and don’t need all those macros, I would suggest you turn your attention to Razer’s all-mechanical BlackWidow Ultimate or BlackWidow Ultimate Stealth gaming keyboards. 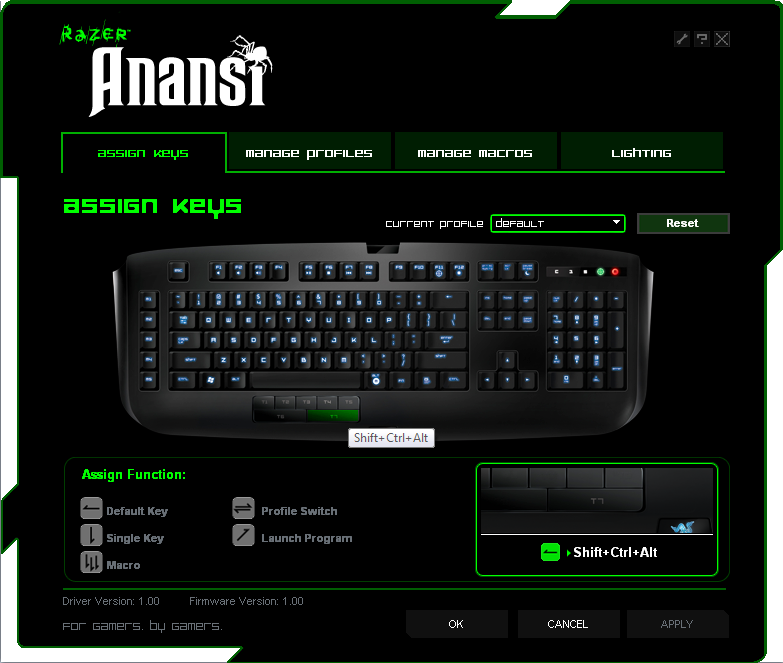 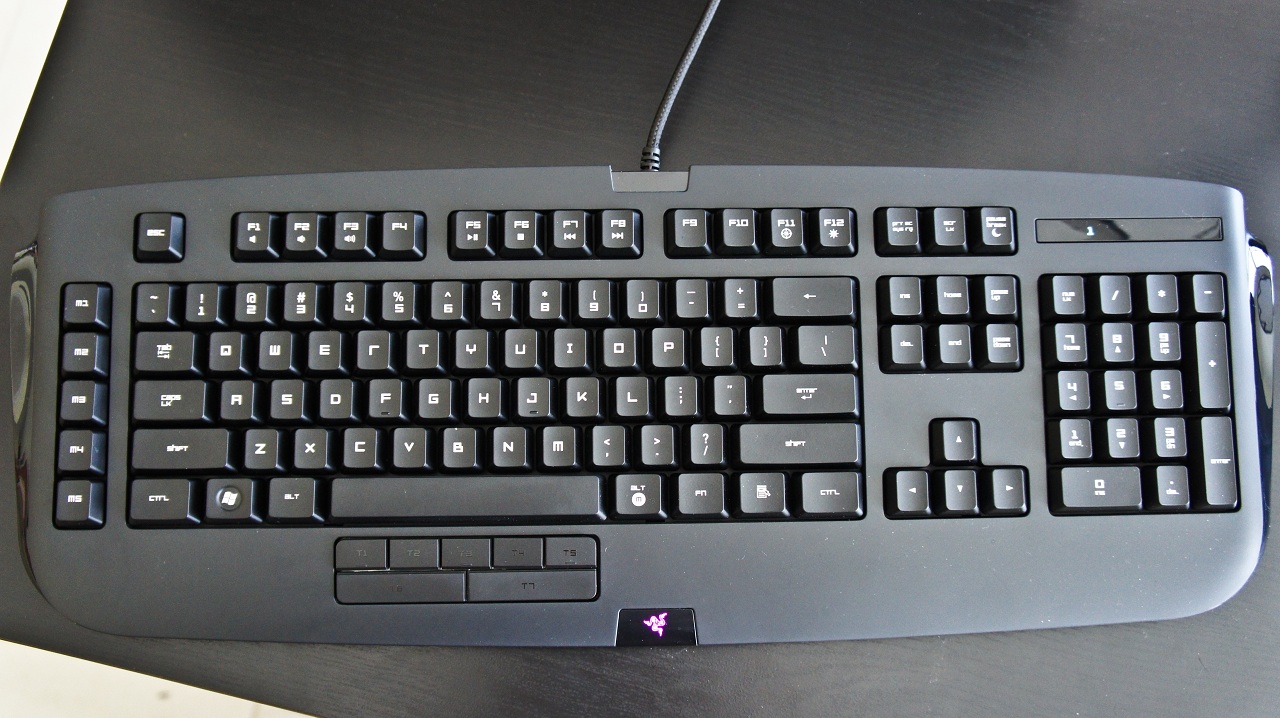