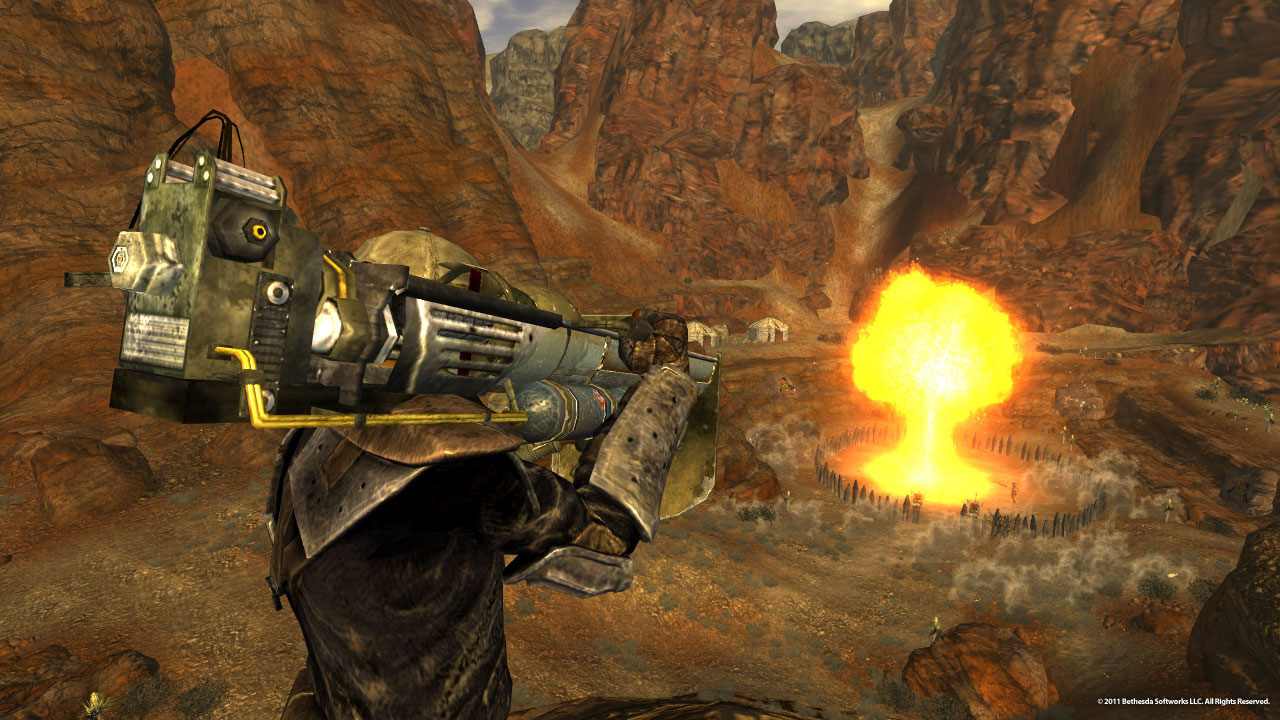 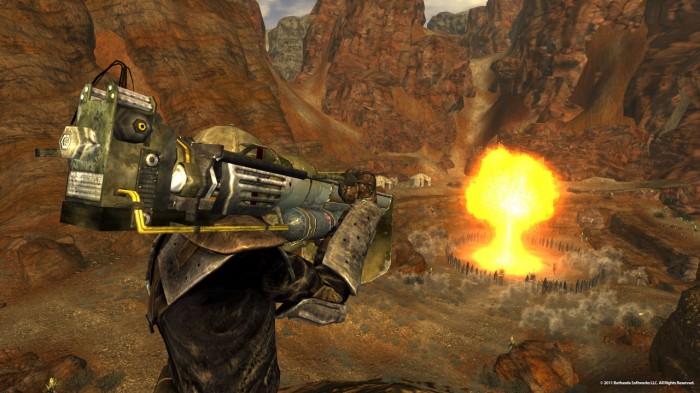 Here we are folks. I hope you’ve enjoyed your journey through the Mojave Wasteland because it’s about to draw to a close. Last month, Bethesda released the last batch of New Vegas DLC content and we here at Gaming Shogun have braved the treacherous path down the “Long 15” to bring you our thoughts. So sit back, grab a Nuka Cola, and get ready because war… War never changes.

Lonesome Road brings our courier’s journey full circle back to where he began, in The Divide. Your courier receives a message beckoning a dangerous journey. One full of answers and challenges. After all, being the plucky bastard you are, a bullet to the face couldn’t keep you down so you pack up and head out in search of Ulysses, the original Courier Six.

The first thing you’ll notice upon booting up Lonesome Road is that this truly feels like a deleted scene from the game proper. Unlike the previous three outings, you are not treated to a special introductory cut scene. Instead, you are dropped straight into the action. Similar to previous DLC content, companions are not welcome here but you are encouraged to bring along any and all equipment you can carry. You’re going to need it after all.

Ulysses has a grudge and killing you is the cure. As you journey through The Divide, a bomb carved canyon and graveyard to the old world, you’ll not only find answers but a gauntlet full of dangerous foes. Armies of ghouls, multiple Deathclaws, and an all new and especially dangerous pack hunter known as a Tunneler are all waiting to spill your blood. You will find new weapons to dispatch them with, such as a shoulder mounted machine gun, but I often times found myself relying more on some of the overpowered weapons from previous content, such as Father Elijah’s LAER.

If you find yourself getting lonely, fear not! ED-E is here! Kind of. Early on you meet a new ED-E with a story more touching than many of the companions encountered earlier in the game. He also serves a very important purpose as your main point of communication with Ulysses throughout your trek.

Overall, the content provides a straight line to the big show itself, confronting Ulysses. Lonesome Road is light on the side quests, important loot, or quirky diversions of previous content (I’m looking at you, Honest Hearts drug trip.) Instead, Lonesome Road seems built more t mesh with the main quest of New Vegas, filling in important blanks in your story and offering the chance to directly affect things back in the Mojave Wasteland itself.

Like previous DLC, Lonesome Road raises the level cap by five and adds some interesting new perks, such as resetting your Karma or increasing EXP earned. Lonesome Road offers a more personal story, but is nowhere near the entertainment value of Old World Blues. With it’s short length However, I can highly recommend it for anybody looking to flesh out the story.

Also recently released are the Gun Runner’s Arsenal and Courier’s Stash DLC packs. These don’t add any new content, but do offer many new weapons. Gun Runner’s Arsenal introduces a Cold War of sorts that leads to all sorts of fancy new toys to play with, such as over the top min nuke launchers and pistols to chew through some of your surplus ammo. Gun Runner’s also adds more than forty new weapon mods allowing you to create the Punisher-worthy arsenal of your dreams. Courier’s Stash simply adds all the pre-order starting gear you may have missed and did nothing more for me than spam my inventory, save for a Vault 13 Canteen which automatically replenishes HP. Pick up Gun Runner’s Arsenal for about four bucks, and save your hard earned two dollars and forget about Courier’s Stash. 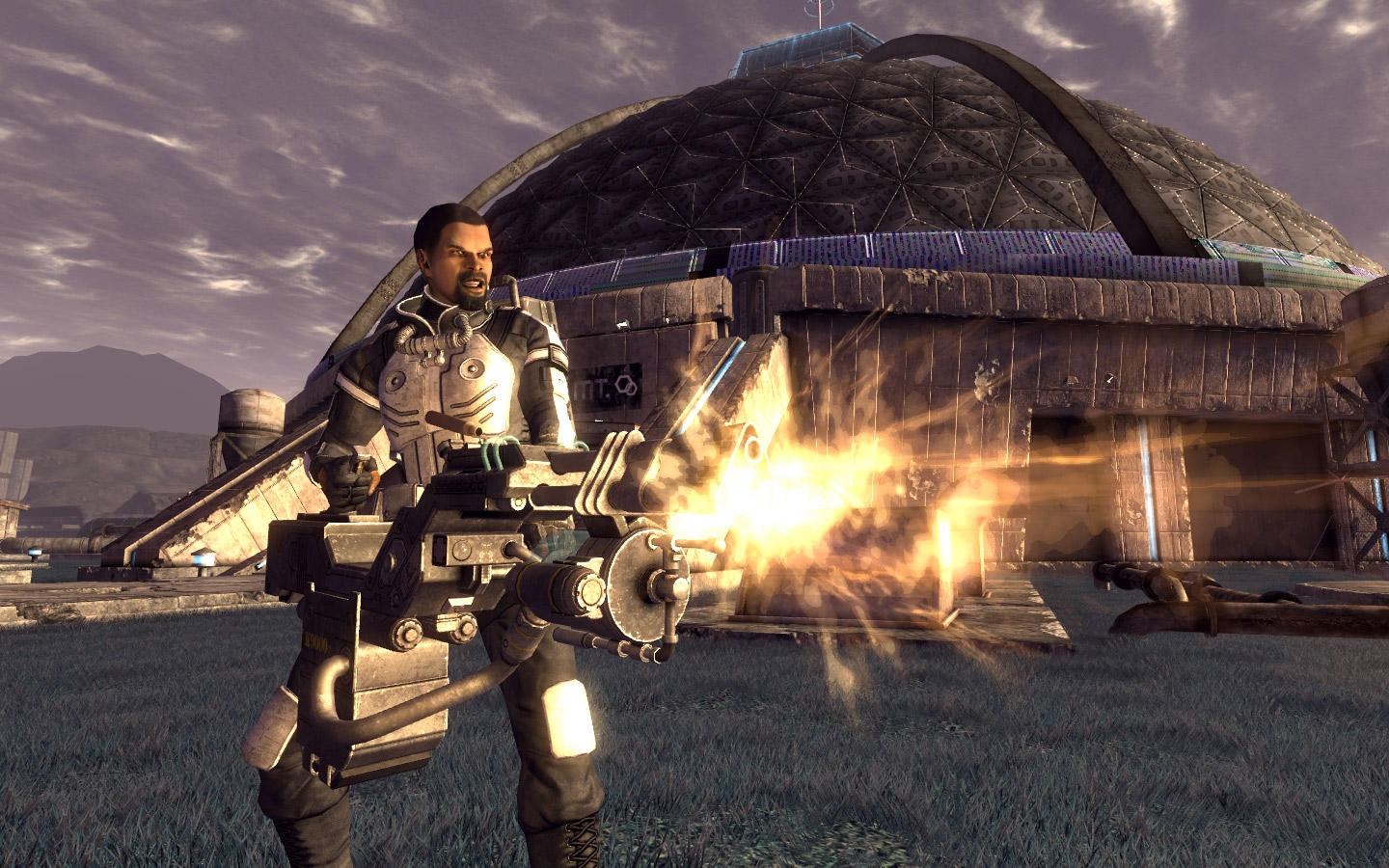 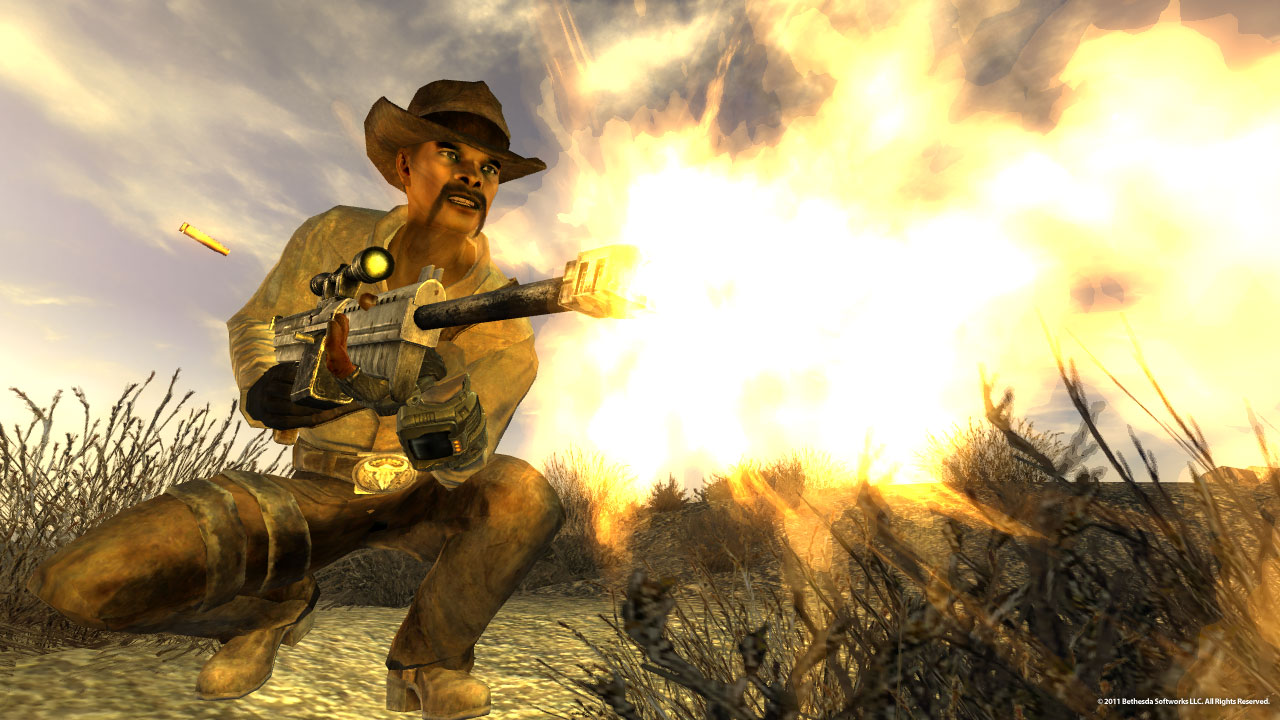